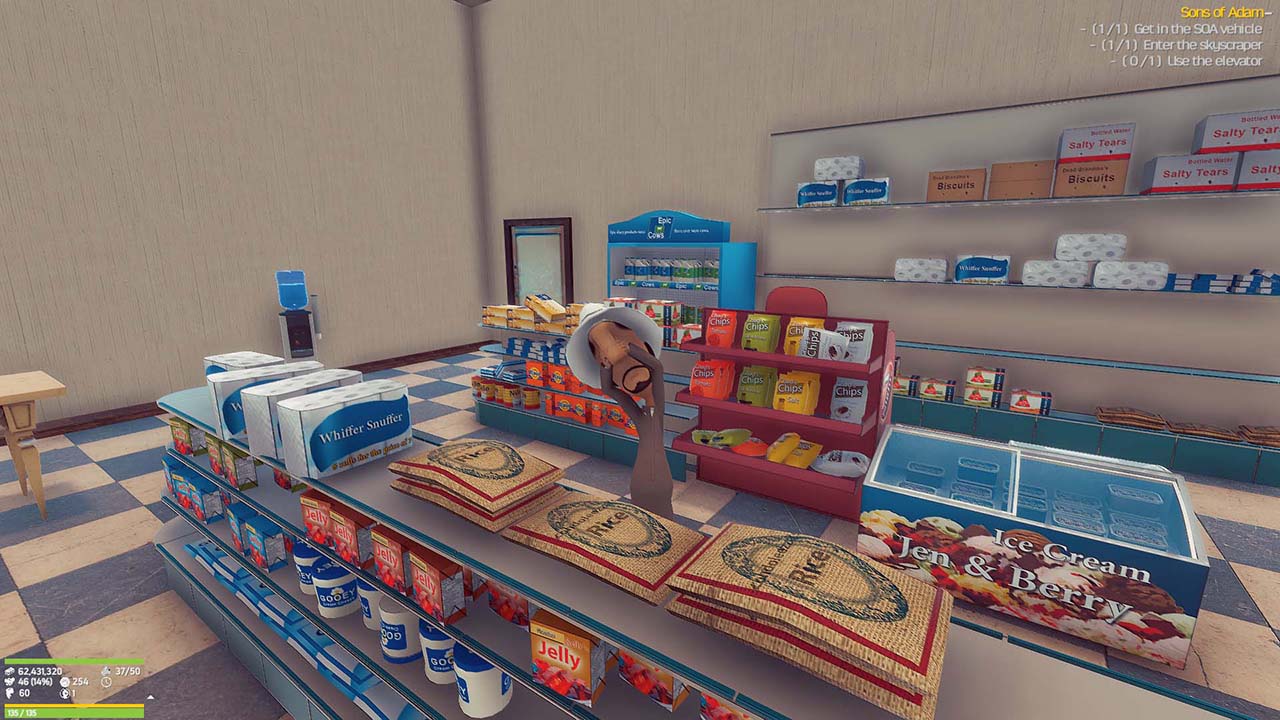 Abo Khashem is a game set in the Arab city of Torrid where you play as a man with a gigantic nose who wakes up with a serious case of amnesia. The next mission consisted of burying a dead cat and then venturing on a quest to get yourself a traditional Arab thobe. With the city being filled with cats with cardboard hats on you’re going to beating a lot of them up to release them from their spell.

As mentioned earlier you’re tasked with getting some clothes the game really spins out of control with its plot from driving a woman to her sister’s house and then keeping the car to having to buy a house so the tailor can be sure you have a safe place to keep your thobe. The story continues to escalate into such a weird way but it really is unique and the cutscenes are just hilarious, I’ve actually laughed out loud during them. 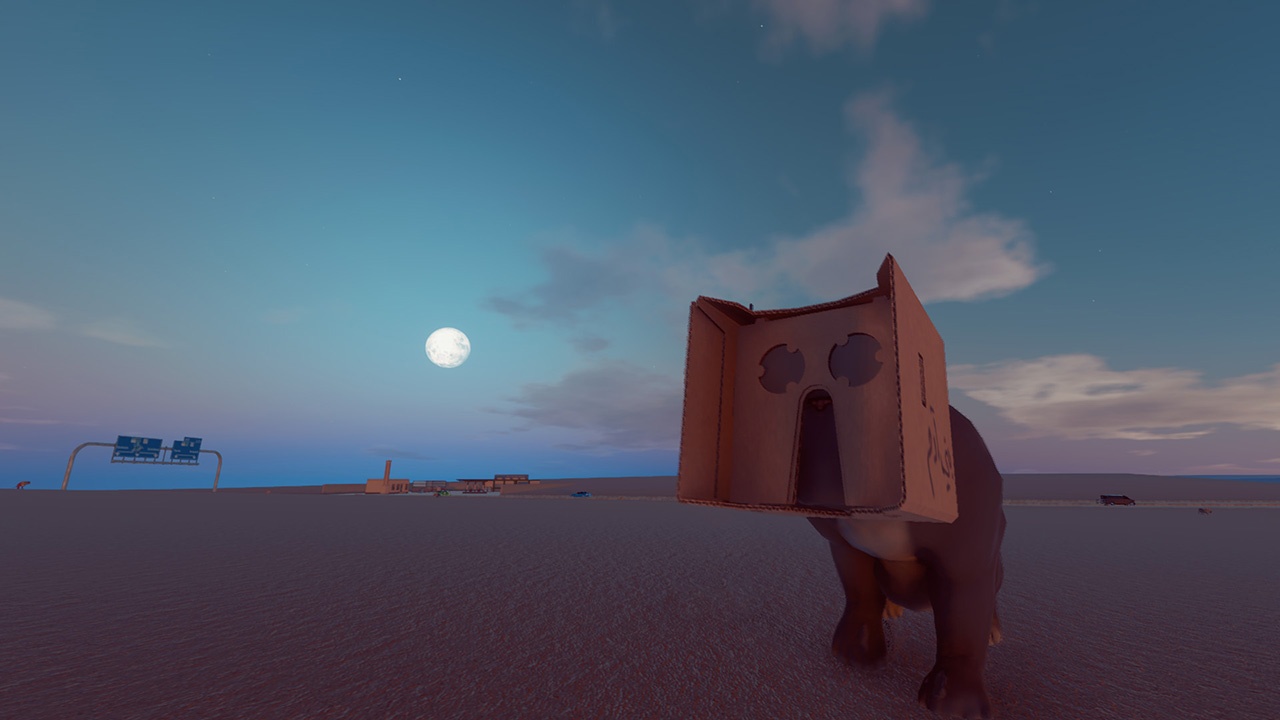 Gameplay is very varied with different mechanics in many different sections of the game. The game’s main mechanic is its melee combat which is very smooth surprisingly and features some really cool combos that you can pull off with the most random of weapons like a water cooler or a gas canister. Abo Khashem also has his own little lizard side kick who is actually playable and even has his own little mini game. You are also able to drive in the game which is helpful as the map is quite expansive and the car is really required, with that said the driving is quite buggy with some collisions causing the car to fly off into a random direction. The game also features a monopolyesque mechanic where the player can buy properties but I didn’t find it too enticing to be honest.

Abo Khashem being an indie game as a lot of areas that would need a lot of polish to really improve its overall state, but Abo Khashem’s charm comes mainly from its story and art style. The game features some really funny and unique caricatures of people and animals alike. With that said the game’s environments leave a lot to be desired with the locals just looking overtly bland and empty. Speaking of empties; the game’s world feels dead with only two or three pedestrians at a time with cars just zipping through the roads. Music wise its very fitting but didn’t find it very remarkable also the game barely has any variety when it comes to its music with a lot of it just repeating. The voice acting for me was spot on and really helped deliver the comedic tones of the dialogue. 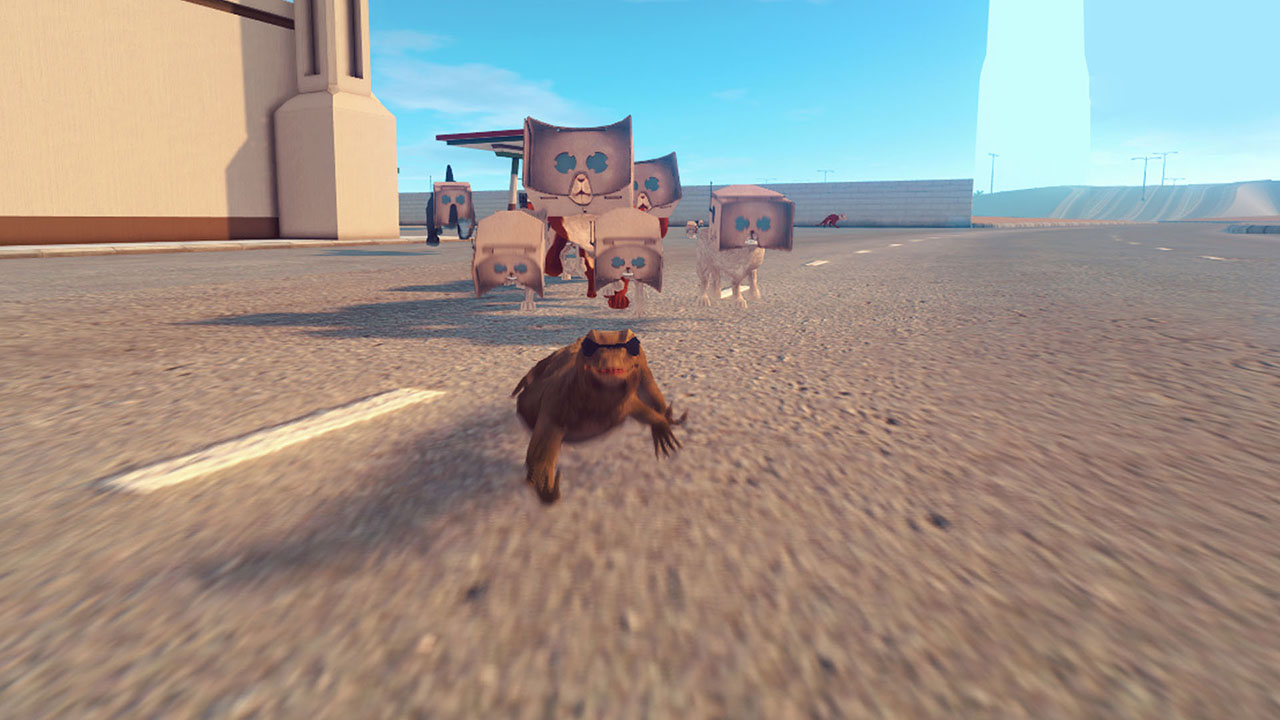 Now for the game’s issues; it has many ranging from some that are more of pet peeves to some that are almost game breaking. The game’s mechanics just feel a little loose with a little floaty feeling when it comes to combat and platforming; and driving on the other had is just a mess at times with it causing some collisions that you wouldn’t have done had the controls been tighter and the issue just gets worse with upgraded cars. Another issue I found is when playing on the hardest difficulty the game is just impossible with enemies basically being so impervious to attack that I just lowered it to normal.

With all that said the game really is fun and with such a funny story that kept me laughing I really enjoyed the few hours that the story lasted. And with fun but clunky gameplay it was much of a chore to play through allowing me to really just relax and be entertained unless you’re looking to frustrate and torture yourself then you’d probably be smart to stay away from nightmare mode. In the end Abo Khashem is a fun package of jokes and crazy gameplay but at its launch price I’d say wait until it’s half price and then this game is a must buy for fans of RPGs and comedy alike.