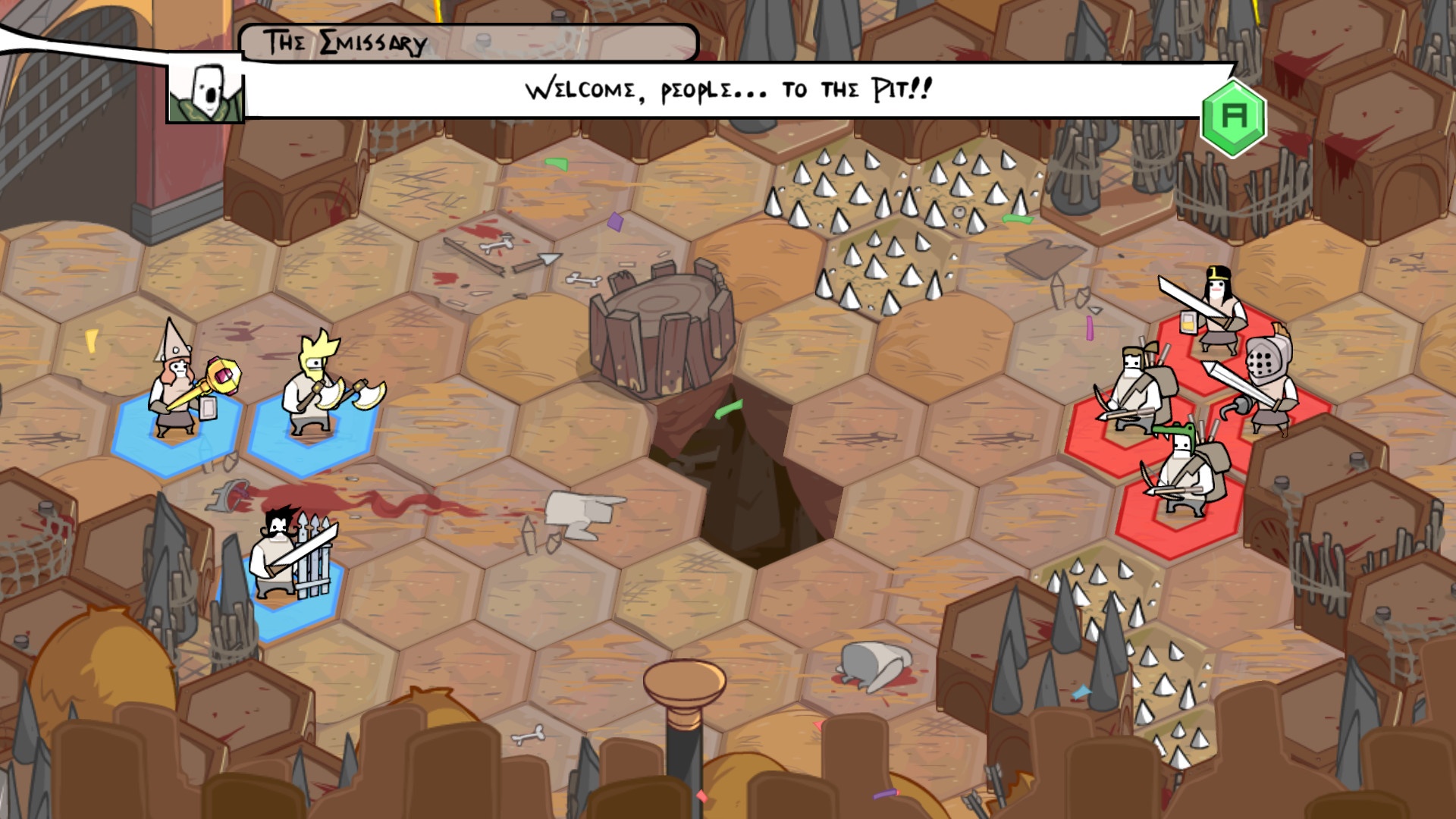 Pit People has finally been officially released, after undergoing Steam’s Early Access programme, and that clearly shows. If you’re a fan of The Behemoth, the developers behind this game and others such as Castle Crashers and BattleBlock Theater, you pretty much know what to expect from this, a wonderful mixture of humor, music, graphics style, and simple but addicting gameplay.

The game is at its core a turn-based combat game, albeit a light one, with plenty of customization options and unlockables, and it also features a pretty engaging narrative and a roster of characters. While the game’s main story quests only last you about 6 hours, give or take, the game features over 100 secondary quests that you can find in the game world, each with their own narrative. Likewise, there are also over 1500 things that you can unlock along the way, ranging from all sorts of different units and equipment.

While you’ll spend most of your time in combat or traveling across the world map, you’ll always end up returning to the city, which serves as some sort of central hub and as your home. Here you can customize your fighters, purchase new ones for your party and also equipment, and you’re also able to purchase provisions for your wagon for when you’re traveling through the map. Things such as resurrection potions, nitro, healing camps and cages to capture enemies and turn them into new recruits are things you probably want to stock up on before heading out into the wilderness. 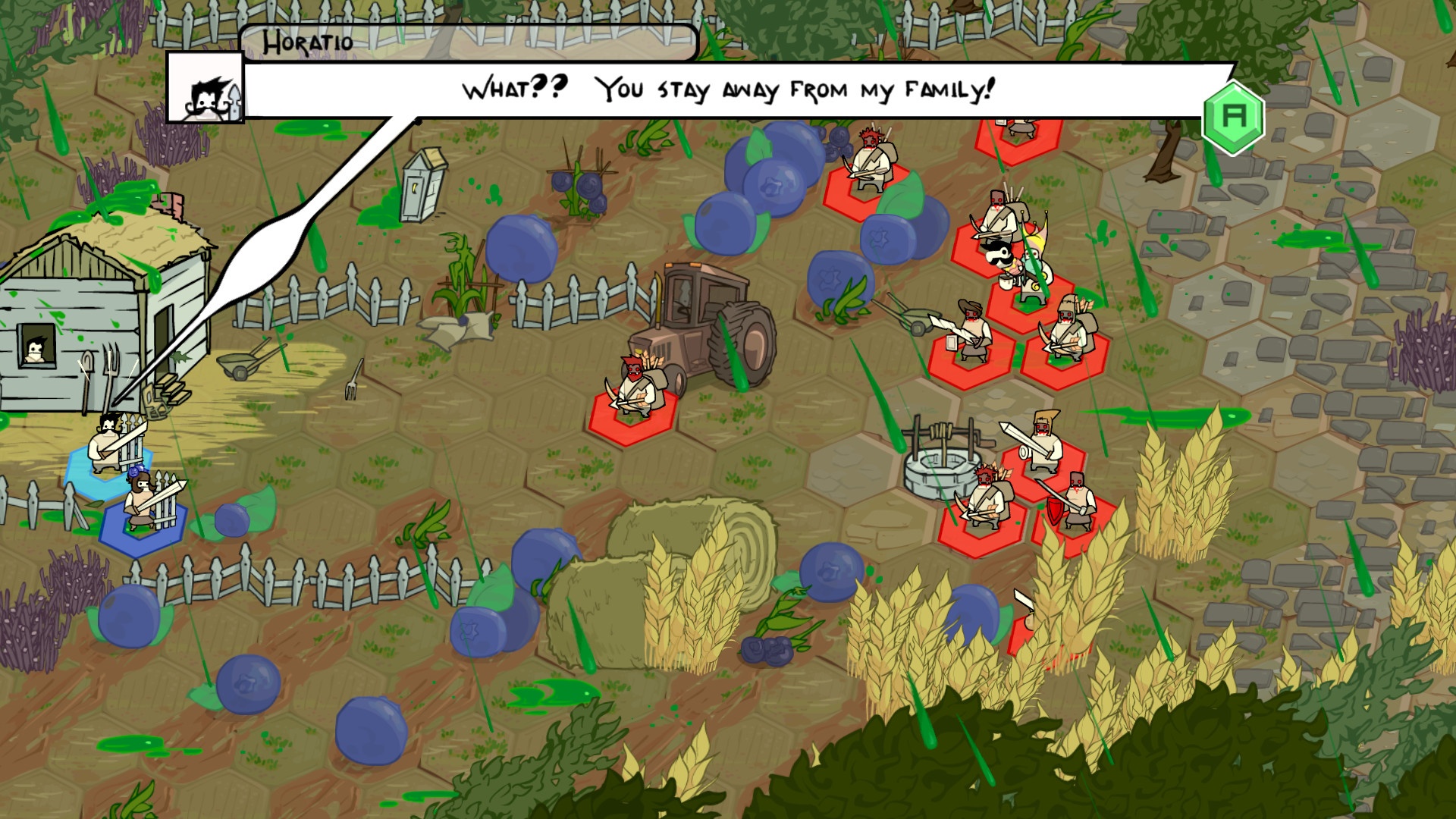 When you’re out adventuring, you can always have up to two quests active, and the game will automatically point you in the general direction of their destination. Besides that, you can also see enemies on the world map, and if you run into them you’ll trigger a battle. While you’ll spend most of your time in the game fighting actual battles, and even though every single mechanic in the game revolves around this aspect, combat in and of itself is pretty basic. The battlefields are divided into hexagons and your units will automatically attack an enemy if they’re within range of any targets. With that said, each fighter has a mind of its own, so if multiple targets are in range, your unit will randomly attack one or multiple enemies.

There are numerous different units, as well as many more different types of units that you can come up with by changing their equipment, but this doesn’t detract from the fact that there are really no special abilities per say. Given some weapons, some units might engage in ranged combat over melee, depending on how far away they’re from their target, or throw enemies into the air, make them turn on their own, poison, etc, but that’s pretty much all there is, there aren’t really any distinct abilities that stand out.

Different types of gear include maces, swords, different sized shields, dual-wielding axes, flamethrowers, and all these impact individual unit’s stats, such as defense, dodge, or damage. For example, going for a shield will likely slow down a fighter, thus making the ground that he can cover in a single turn shorter, but it can prove extremely effective when dealing with ranged enemy attacks, since it will absorb a lot more damage than someone without a shield would. 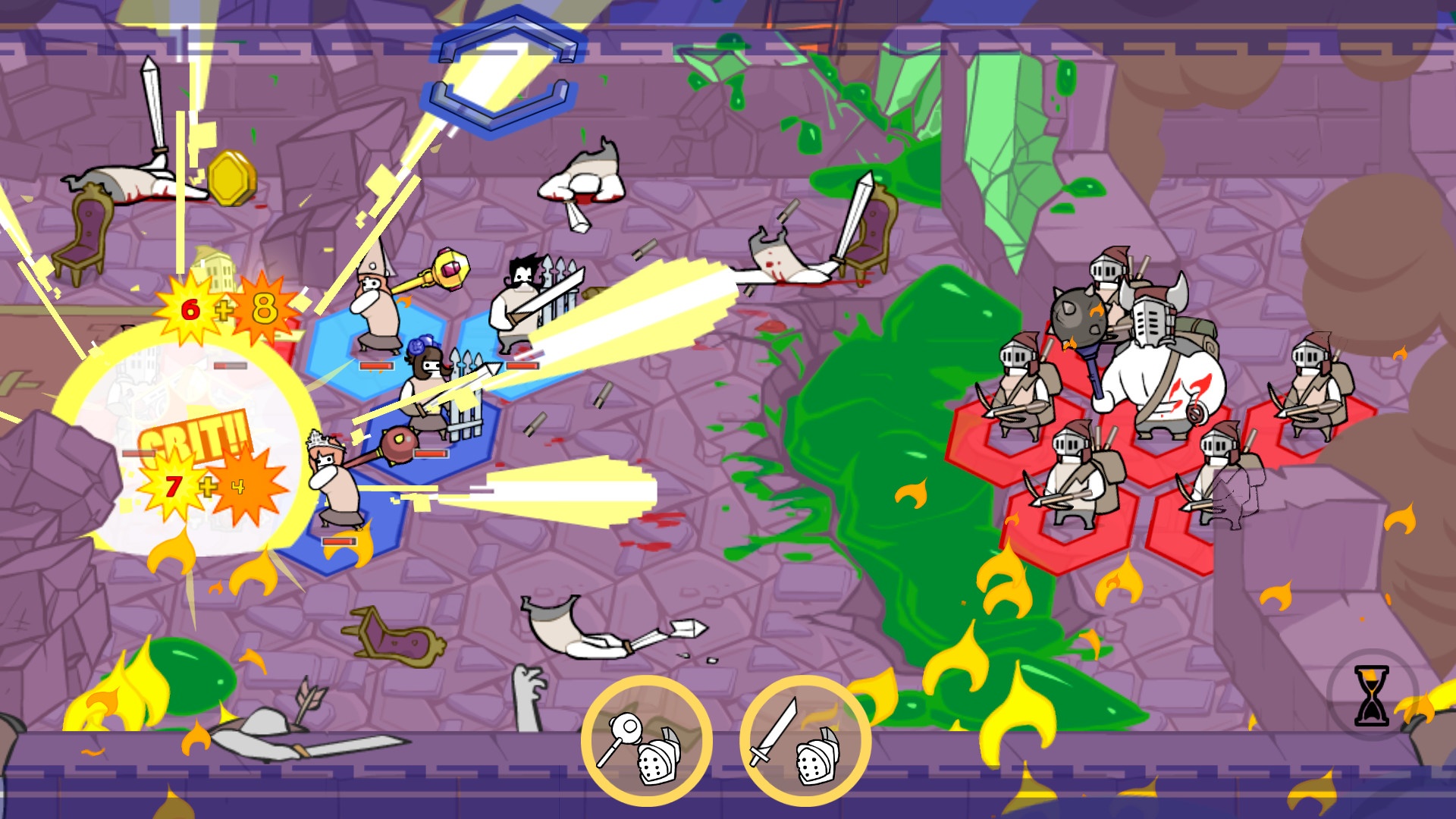 Whether you’re someone who likes to play your games by yourself, compete against others, or play cooperatively with someone else, Pit People manages to accommodate all of these into a single package. The entire game, including all the quests, can be played with another player, either locally or online, and in the city, you can also either play against AI waves of enemies or play PvP matches of  2vs2 in the Pit. Also worth noting, is the fact that the game handles perfectly, both with a controller or with keyboard and mouse, mostly because there are only two keys that you’ll be pressing during the entire game, one for issuing move orders and another to end the turn during combat.

If combat isn’t really your thing though, if you just want to enjoy the world, the story, the aspect of collecting everything the game has to collect, then you’re in luck as the game has an “auto battler” feature which puts your party members in the hands of the game’s AI.

Nonetheless, while the game lacks in complexity, for some it might make up for it in the sheer amount of content it has in store, the variety of enemies, level layouts with key choke points, humour, funny dialogue, narration, Behemoth’s characteristic graphics style, an extremely catchy soundtrack, and just overall hours that you can spend in it.

It took me about 11 hours to beat the main quest line plus a few side quests, and I’m still sitting at a 12% completion rate. Also, do not be fooled by the game’s lovely appearance, as combat in and of itself can get pretty challenging on the standard difficulty setting. While, this isn’t really going to satisfy the needs of those who are looking for an in-depth turn-based combat game, if you’re a fan of Behemoth or if you just enjoy unlocking tons of new things, this is sure to have a special place on your library.