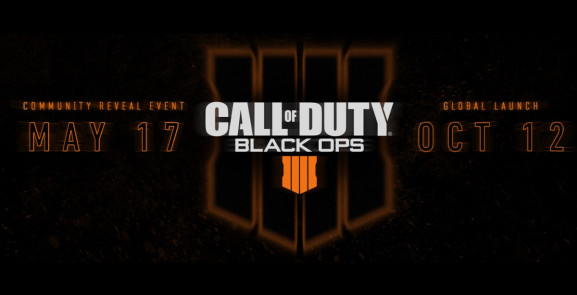 After weeks, if not months of speculation, Activision Blizzard, has finally confirmed that its flagship studio Treyarch, is working on the fourth installment in the Black Ops series, Call of Duty: Black Ops IIII. And as surprising as it may be to some, all the signs were pointing straight to the proverbial Rome for weeks now. As even the logo itself, has been publicized by the Houston Rockets point guard/shooting guard, James Harden few days back.

As of now, not much is known about the title, besides the fact that it is likely to be set within the same period as Treyarch’s most recent full release, Call of Duty: Black Ops III. And this means that those who expected an old school setting, with boots-on-the-ground core, are likely to be disappointed. As near-future, and jet-packs, are looking to be back in, despite of the Call of Duty: World War II’s overwhelming commercial success.

Despite of Call of Duty: Black Ops IIII’s official reveal by the publisher in question, the title itself won’t be fully showcased until the 17th of May. As ‘Community Reveal Event’, similar to the one which has taken place early last year, will showcase the title in full on that particular day. And it is likely that just like the event themed around Call of Duty: World War II, his year’s event will feature prominent Call of Duty personalities, voice-actors, and most importantly the developers behind the game.

Lastly, Activision has also confirmed that Call of Duty: Black Ops IIII, will come to your system of choice, sooner that some might have expected. As it is set to official launch on the 12th of October. Which means that it will release two full weeks prior to the release of Rockstar’s Red Dead Redemption 2 – so, make of that what you will.