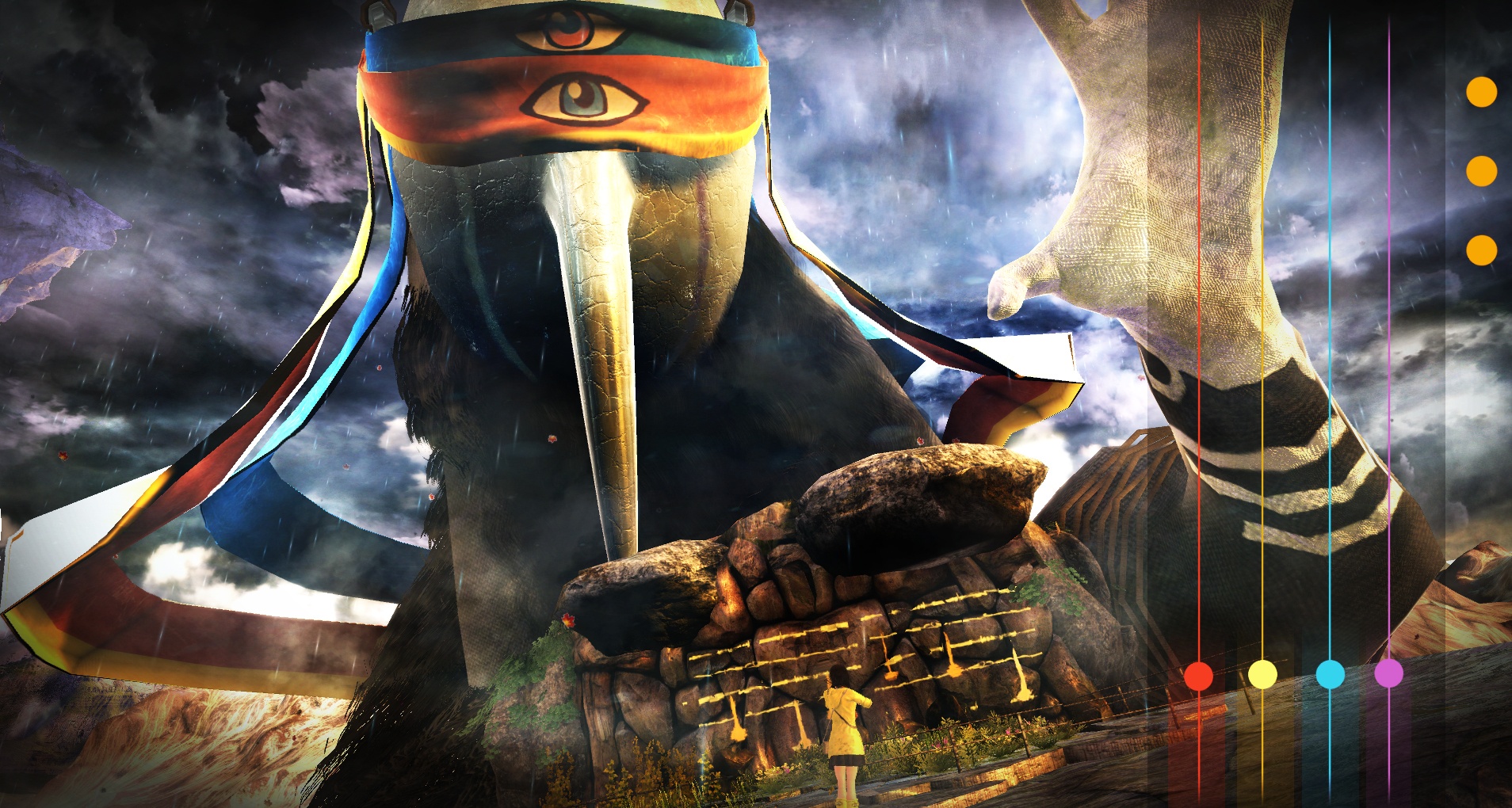 Distortions is a story-driven Adventure title that blends spectacular visual effects with an outstanding score, exciting control dynamics, and a compelling series of storytelling moments. These elements work together to weave an experience for the senses rather than your typical game journey, and the open world dynamic is populated with surreal imagery, original and licensed music, and fearsome creatures that seem to stalk their way out of Fantasy realms and into the path of the player. With extensive awards under its belt – many of which are listed on the Distortions Steam page – this title begins with a hazy, convoluted tutorial section that feels more like disorientation than distortions. But does the intriguing, interactive experience have enough originality and flare to keep other Adventure gamers hooked for its roughly 15-hour duration?

Distortions is a story about The Girl, our female protagonist whose world is a mixture of fantasy and reality, confusing memories, lost moments, and a desperate attempt to piece it all back together. These “echoes” increase the surreal quality of Distortions, and it creates a puzzling plotline that feels equal parts Mystery and intentionally-confusing narrative. The landscape in Distortions is stunning – gorgeous sunsets and waterfalls, buildings in ruins, glimpses of “reality” by way of apartments and cityscapes that only work to confuse both The Girl and the player, at first. In addition to the breathtaking scenery, Distortions is a game about music. The Girl quickly locates her violin, and part of the experience is playing her instrument using the keyboard – controller support is still experimental at this time – in a style that’s reminiscence of Guitar Hero in design. The Girl has to find her beloved violin, and slowly remember how to play, locate her music knowledge, and rebuild the world in this way. 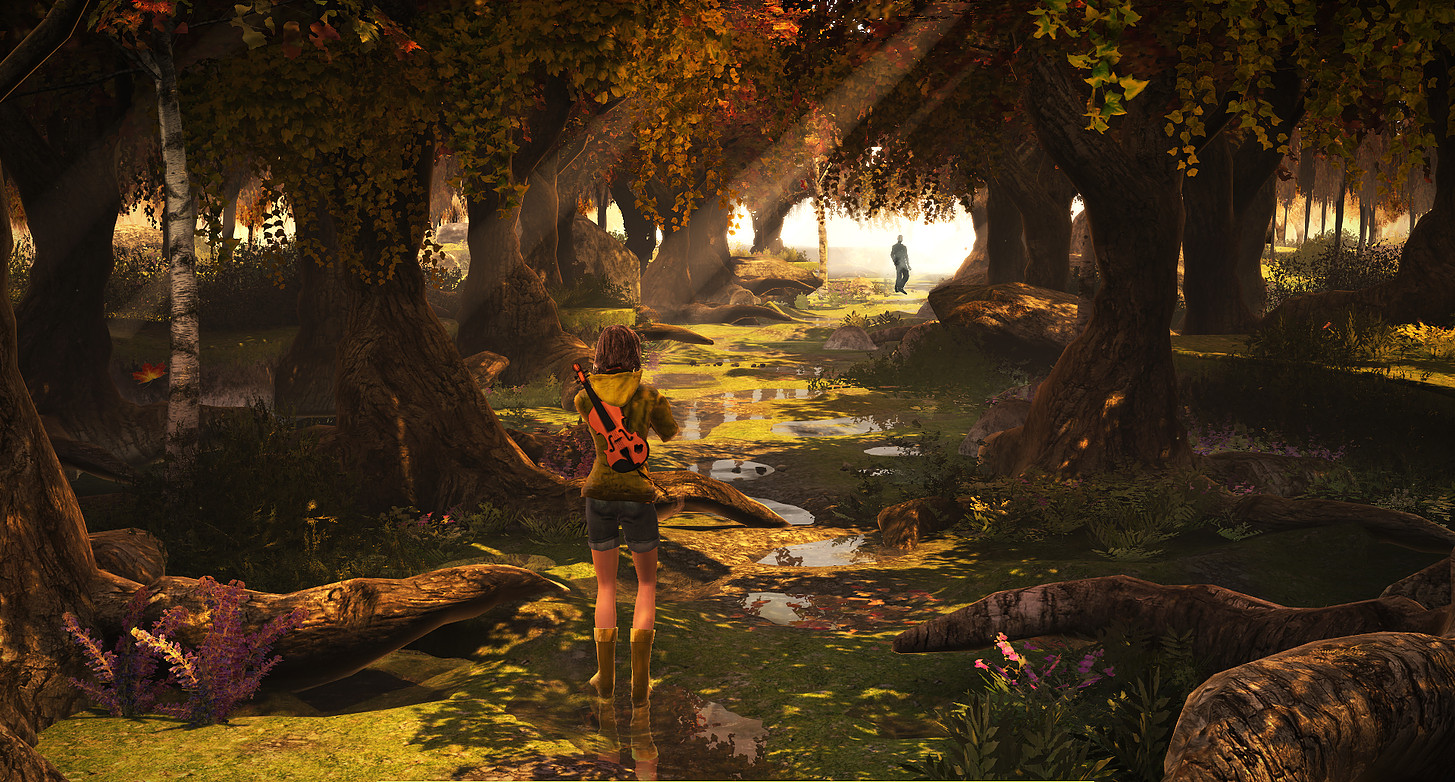 The violin and The Girl’s music also become her weapons, and the journal she’s slowly rebuilding through her adventures is the only true guide. The voice-over narration gives glimpses; little pieces of dialog from other perspectives that are as hazy and confusing as the rest of the world around her. The masked creatures are bizarre, confusing monsters that seem to be equal parts threat and unusual guide for The Girl. Some are more aggressive than others; those who are true foes can be bested using music and violin, and strategy quickly comes into play as you determine what each of those creatures are capable of. The Girl has five abilities she can unlock, and three ways to utilize her violin and mastering these combinations are vital to defeating these curious monsters that she encounters.

One issue that I had very early on within Distortions was the weird, completely disorienting way the camera would hop around while I was trying to explore. I wasn’t sure if this was intentionally confusing, as though it were some attempt to increase the surreal, uncertain, mysterious aspect of Distortions that play such a big part in the journey. But quickly, these jumps, repeats, and odd angles that happened with alarming frequency just diminished my immersion, and that’s coming from a player with considerable hours using the Retro “tank controls” from the old Resident Evil and Silent Hill origins. Many times I would have enjoyed the opportunity to look around and take in the gorgeous scenery rather than entering an area and having the camera pan away, spin around, or spontaneously fade-to-black as I teleported somewhere else. Many times, The Girl’s environment will fade away, shifting from the hauntingly beautiful dreamscape space into a crisp, familiar area that seems modern and “real.” The duality was a very nice choice, and it made the Adventure aspect feel even better developed.

There is also a “free mode” that players can unlock, which allows them to practice their violin skills and build a mini world using techniques learned during gameplay. “The Masked One” is present there, and he reacts to the music played by The Girl in this mode. Given that Distortions has alternating perspectives, jumping from first-person to side-scrolling, and over to linear cutscenes vs. open world gameplay, the addition of a free mode option just lends more variety to an already impressively complex and dynamic experience. There are three parts to Distortions, ranging from a linear experience with emphasis on learning and story development to an open world that offers trial and error progression, and finally, dungeons that give way to a blend of the other two types of adventuring. There are side missions in part three that are optional, but they add even more playtime, stretching Distortions to a nice average duration of 15-hours of gameplay. 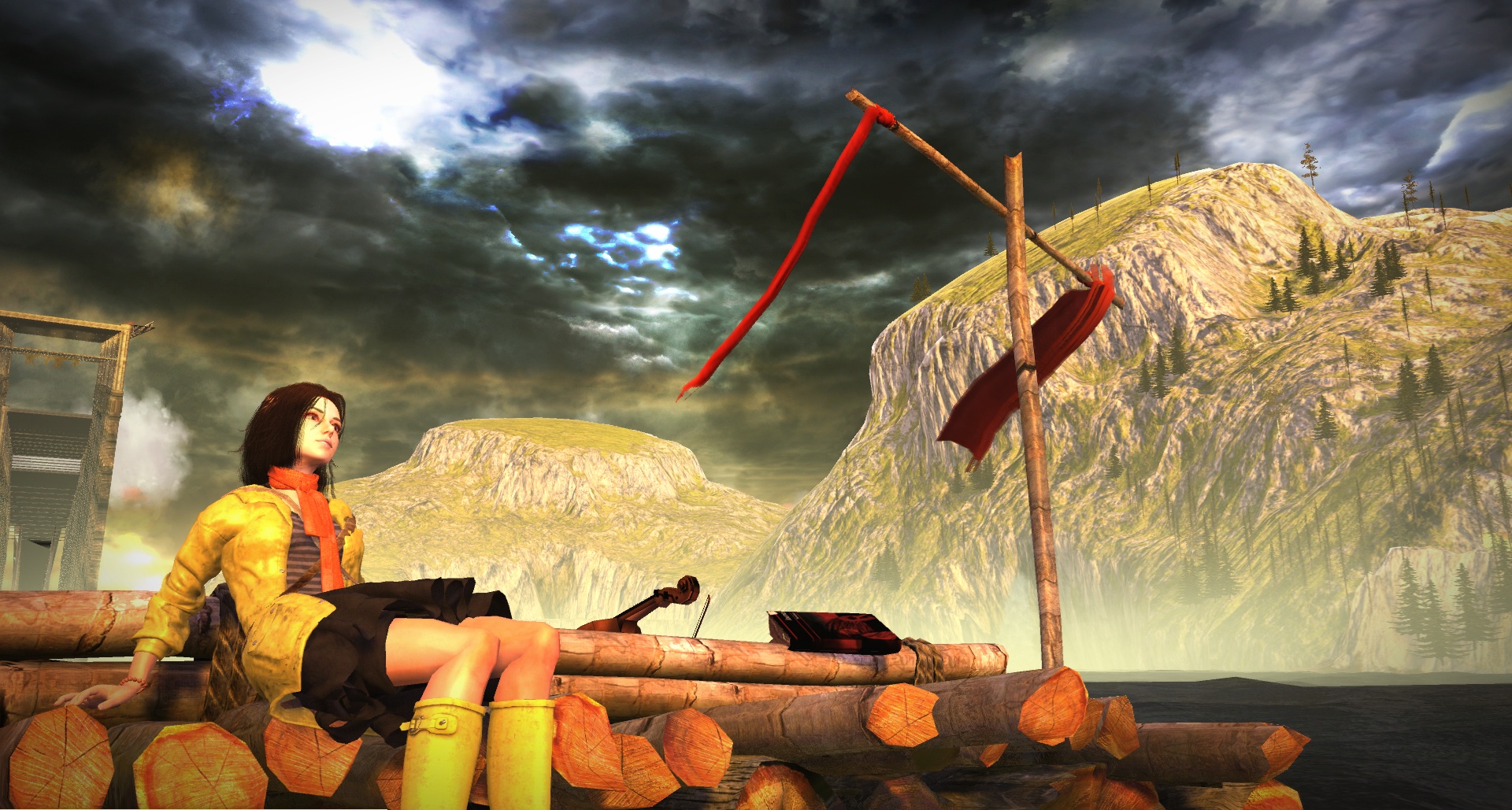 With elements of the beloved children’s book Where The Wild Things Are and inspiration from the movie Eternal Sunshine of the Spotless Mind, this title is ambitious in its attempt to blend a lot of intriguing aspects together but at times it feels bogged down. The Legend of Zelda: Ocarina of Time, Loom, and the previously mentioned Guitar Hero was the primary inspiration for the instrument-reliant aspects of Distortions, and fans of those titles might find their magic here within this intriguing, story-driven experience.

The surrealism is top-notch, and I enjoyed the musical aspects of the gameplay, but long loading times, terrible camera maneuvering, and awkward character models take a bit of the polish off of Distortions, but the overall experience is still refreshing and rewarding enough to make it a worthy addition to any Adventure library. This is doubly true for anyone that loves the franchises, series, and themes that Distortions draws heavily from, from the other game series to the books and movies that inspired this Indie journey.