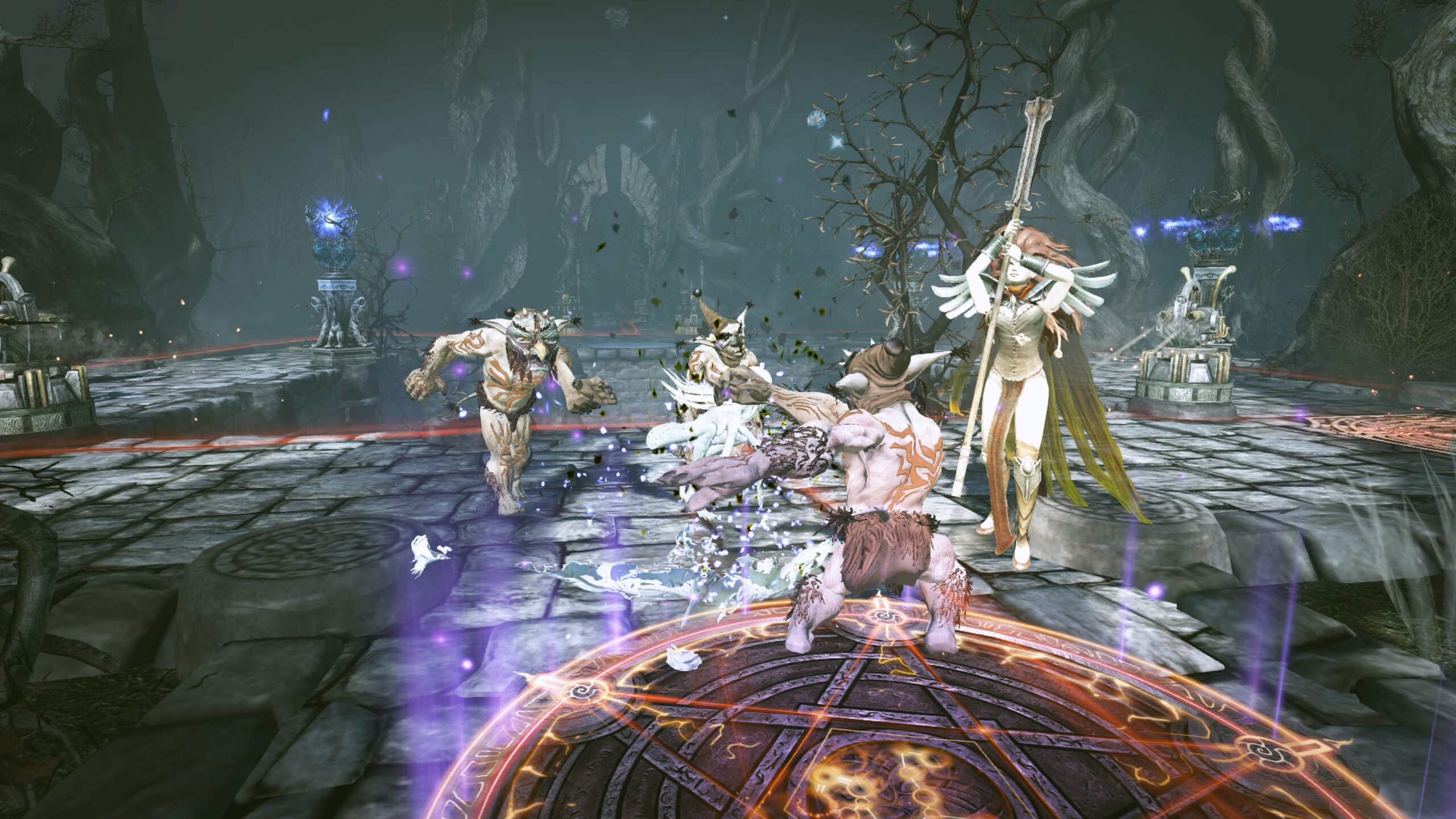 World of Van Helsing: Deathtrap is a hybrid of the tower defence and action RPG genres set in the universe of NeocoreGames’ The Incredible Adventures of Van Helsing. The game was originally released for the PC back in early 2015, with a later release for the Xbox One in 2017, and finally releasing for PlayStation 4 on Sept. 28.

The game has the player defending fortresses lined throughout a region called the Ink. The forts were built to defend the Ink from horrible demonic monsters, but have since fallen into disrepair.

Outside of the intros and outros the characters get when you start and finish the game, respectively, most of the lore of the world comes through flavour text given in monster and level descriptions. There is a lot of detail there, but it all blends together.

The Van Helsing series is kind of like the Eureka of video games, where you’re aware it exists, but whenever you hear about it, you’ll be surprised it has existed as long as it has. As such, I couldn’t really tell you how well the games lore matches with the rest of the Van Helsing games.

The main feature separating Deathtrap from its contemporaries is the mix of a top down view and classic action RPG gameplay, initially compared to those in the dungeon crawler genre. In terms of how it executes this mixing of genres, Deathtrap does a reasonably good job.

The player starts the game by picking one of the three classes. The first, the Mercenary, focuses on melee combat, while the other two utilize range.

The game does a good job of making the classes differ from one another so that it’s worth taking a second to consider which class best fits your playstyle. At the same time, the overall gameplay loop is similar enough that players should still be able to switch between them and not feel lost.

The Mercenary is designed to get up and close, blocking up a lane of enemies, chipping away at them alongside the various traps and towers. His set allows, to a degree, for a player to focus on building heavier defences on one path while then using your character to back up another.

The two ranged classes, the Mage and the Marksman, also manage to differentiate each other. The Mage is set to use their abilities more than the other classes, using them to do huge bursts of damage, using slowing traps to buy more time.

In turn, the Marksman is more attuned to doing consistent damage through their basic attacks and bolstering it with status effects, mainly poison. The Marksman also seems to rely on the towers and traps the most of the three classes. 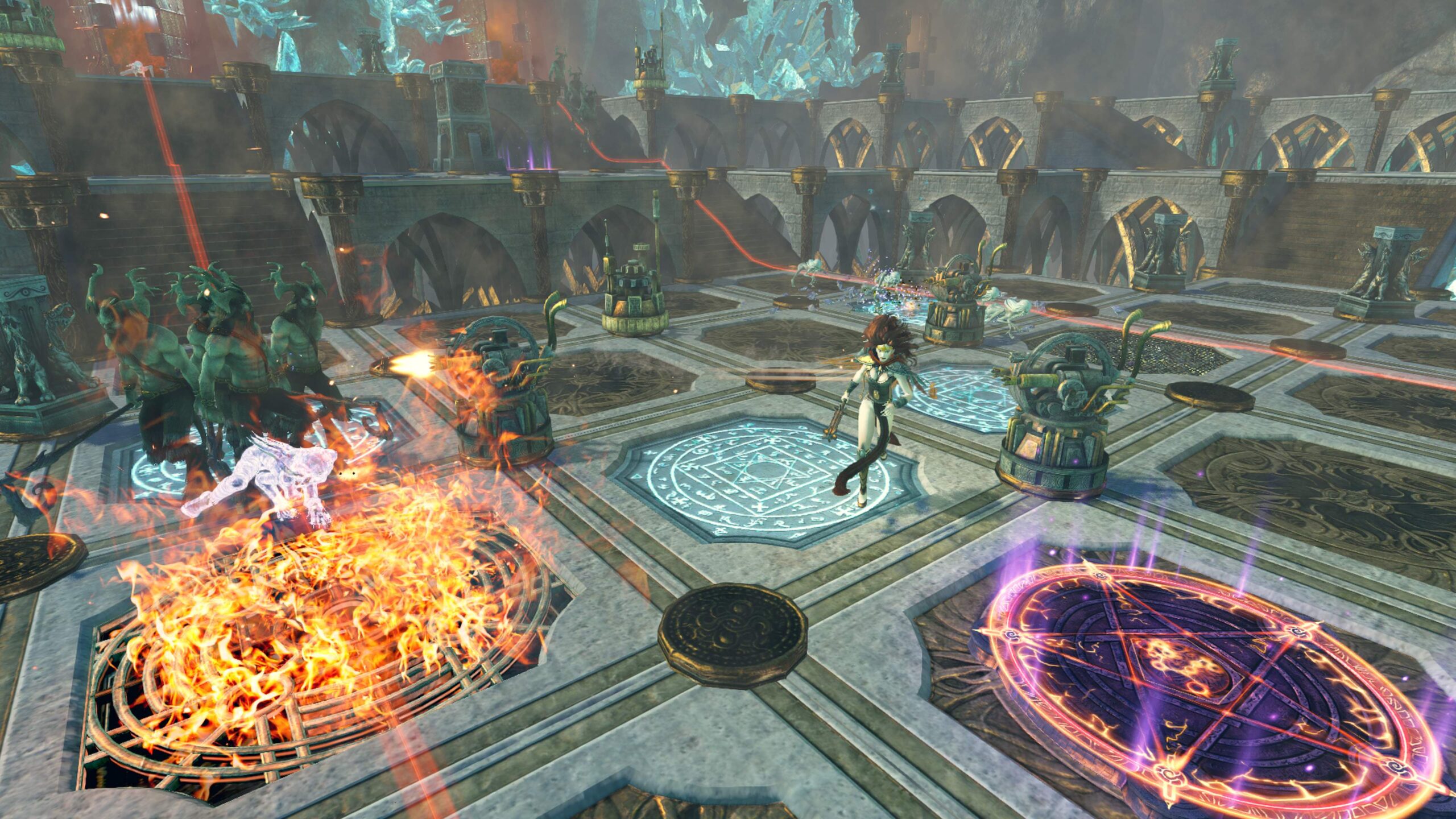 The characters all have their own abilities they can unlock after gaining experience and levelling up. These abilities range from passive and active skills, which in turn can affect the player character or specific types of towers.

This part of the game isn’t as well done, though. For one, new sets of abilities don’t unlock until you reach levels ten and twenty, the latter of which you won’t reach until the final level if you’re just playing level to level.

A lot of the active skills you can get also don’t seem worth it over getting passive buffs for your character. While a scatter shot may be cool, having a discount on all towers is almost universally more useful.

Whichever character you choose, they will also have their own gear to equip that they earn through finishing levels or buying them in the store. The gear will usually have a base damage or defence number attached to it, alongside a secondary effect, such as extra fire damage.

In terms of the game’s economy, it’s pretty standard. You have the basic gold you earn through playing the game, and a premium currency you can use. The only item you have to use the premium currency for is the item of the day, and the player will earn more than enough gold to avoid having to deal with premium currency unless you want to.

The actual tower defence portion of the game is solid, though doesn’t add a lot to the genre. It follows the basic loop all games in the genre does; enemies will travel from point A to point B, and the player news to stop them from getting to pint B.

The player will be able to use resources, in this case essence, to build traps to slow down and kill the various waves of enemies. Over time more entry points and paths open up for enemies, and instead of just A to B, you also need to deal with C to B, D to B and A to C to B.

The traps themselves fall into two categories, towers and ground traps. Both of these will do damage and inflict status effects on opponents passing over or by them.

The towers and traps are separated between mystical and mechanical, alongside with a special type of ground trap named summons. The summon traps will do what the name entails, summoning an NPC to help you fight off enemies that come near them.

The traps will have their own gimmicks attached to them to be used for different situations. For example, the ice floor traps will slow down enemies and do damage, while the lightning tower will do a big burst of damage that chains to nearby enemies.

There are 25 traps available in the game, but like the player abilities, these are progress locked. The traps are locked into five tiers, which in turn are unlocked based on how many levels the player has finished. 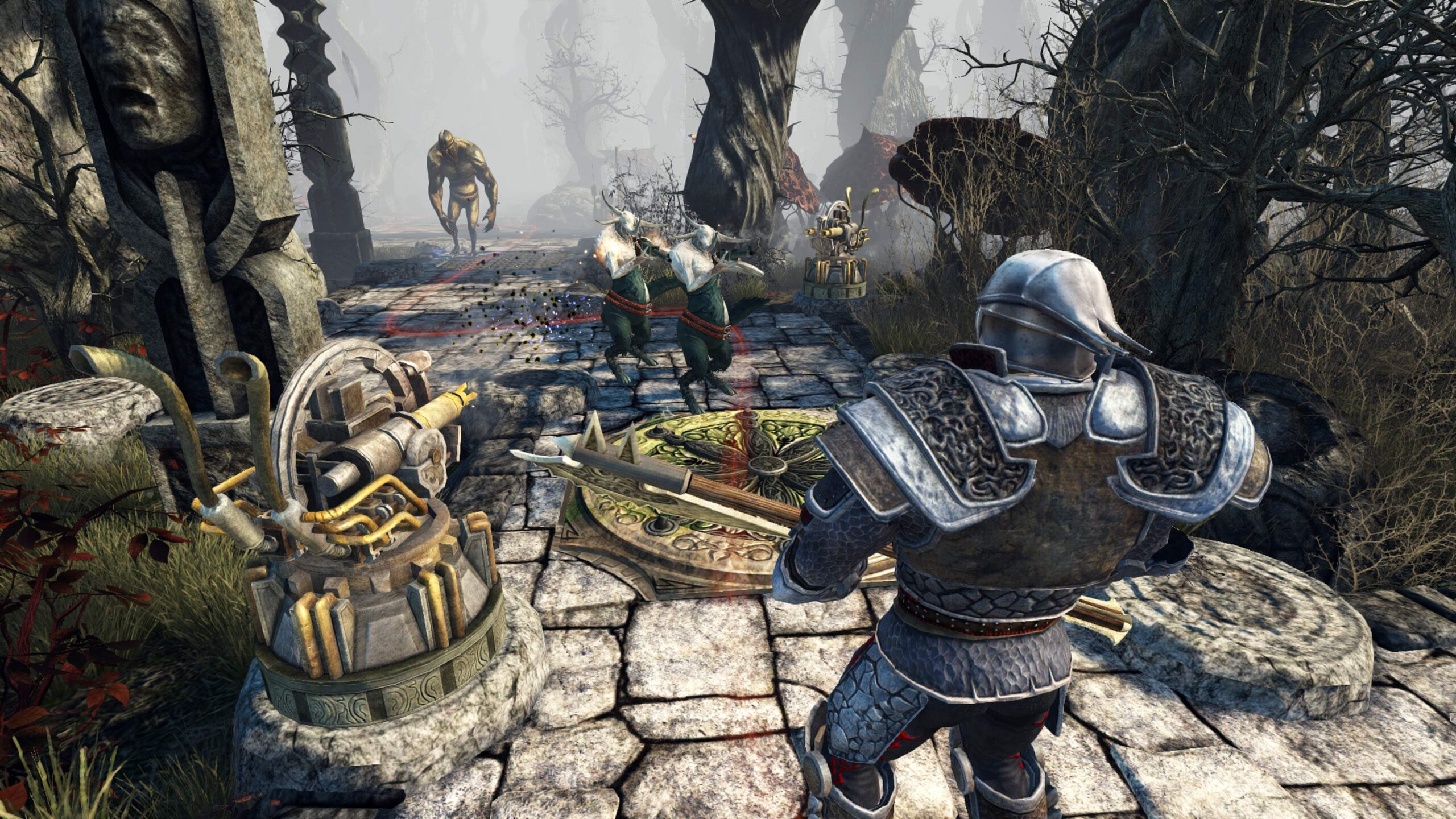 Like with the abilities, the player won’t actually unlock the final tier of traps until they’ve beaten the game, as they don’t unlock until beating the final campaign level. In addition to this, unlocking a tier of traps doesn’t make the individual traps available.

Most traps, past the third level, are locked off by specific gameplay goals the player needs to meet. For example, if you want to unlock the ice floor trap, you need to cause a specific amount of ice damage to enemies.

As said earlier, the gameplay in relation to the tower defence aspect is solid, but unspectacular. The strategy a play will utilize will be the same kinds they would in other tower defence games.

In addition, most players won’t have access to a decent amount of the traps and skill during their initial playthrough. The player can still make their way through the game this way, but if you’re only going to go through the campaign, it can feel a bit thin.

Mind you, that’s not to say the overall package is lacking in content. In addition to the campaign levels, there is an additional five scenario levels opened up after finishing the campaign, while the player can level up to level 100.

Each level will also have multiple difficulty options and different game modes, such as specific scenarios or endless modes. To top it all off, players can also create their own custom levels to share with others.

The presentation of the game is solid enough. There’s a decent amount of variety between level environments, with nice aesthetics. The character models are alright, though not fantastic.

Sound wise, the game is alright. Characters don’t have many lines, so you’ll be hearing certain phrases more than you’d like. Effects like damage and attacks are fine, though nothing to celebrate either.

The weakest parts are probably the game’s music and its enemy design. For the former, it’s a very generic set of “epic” music tracks that all just blend together. Most players will probably just want to mute and then play their own tracks in the background.

As for the enemy design, there is a fair amount of designs, but you’ll still be seeing a lot of reskinned enemies coming up. There also doesn’t seem to be a clear art direction when it comes to the monsters, ranging from generic devil goat men to fleshy abominations.

Deathtrap is a pretty solid game, having a well designed, if not innovative, tower defence base mixed with some interesting action RPG elements. While some aesthetic choices may not be the best in the world, there’s enough content in the gameplay department to make me recommend the game to fans of the tower defence genre.

Deathtrap provides a lot of solid content, though nothing groundbreaking in the tower defence genre. For fans of the these types of games it should be a solid choice, though players who are more on the fence may want to look elsewhere.