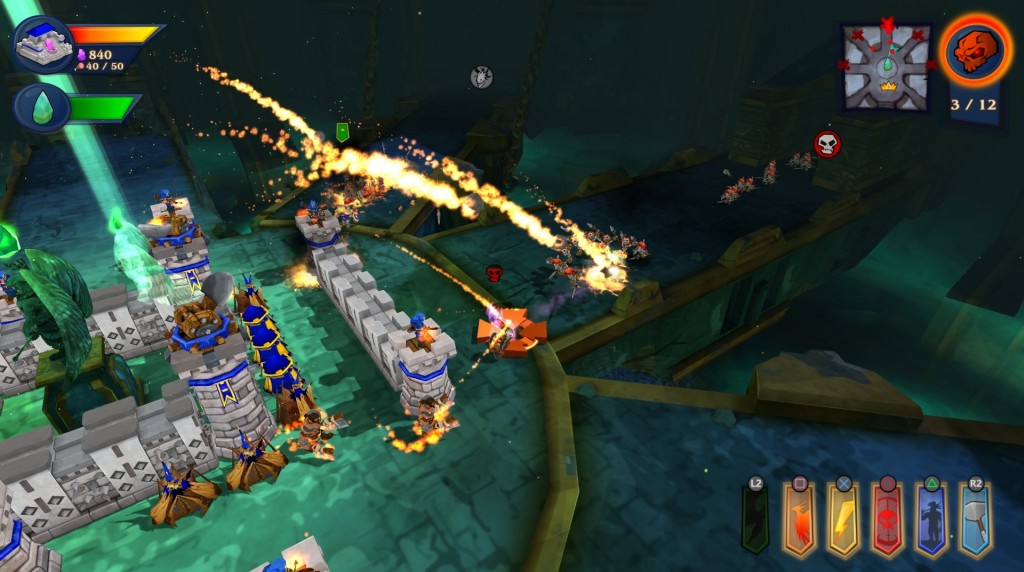 The tower defence genre is more popular on mobile phones and tablets than consoles nowadays, with some of the biggest names having mainstream television adverts in order to entice you dive in a build your empire. Neptune Interactive give you the chance to defend yourself against wave after wave of enemies that attack your base. Your aim is to wipe them out before they get a chance to do too much damage to your fortifications and your castle.

In practice it all works rather well.

The story won’t win any writing awards, a Dark Lord has decided to cause m ayhem and destruction and you are the target of his affections and his rage. Your role is to build a line of defence and fulfil certain conditions in order to win. You might have to simply defend your castle from destruction, or make sure some civilian has safe passage to the castle or defend an area from attack. The situations you are given are varied enough to keep you entertained and on your toes. You’ll build walls or archers, or place a guard camp or a trap all in the hope to either hold up the enemy so you can whittle down their numbers, or blow them up using explosives. You can summon militia at certain points to attack hand to hand and in later levels you’ll get your hands on lightning powers to rain down destruction from the sky.

Placing something always costs you in crystals that you get from killing enemies, you also need food if you are producing any soldiers which you can get from building farms, so there is the small matter of resource management to consider as well.

The first couple of missions act as a tutorial, introducing you to the basics of game but after that the game starts to ramp up the challenge relatively quickly by introducing enemies that will require various tactics in order to defeat. Some will try to overwhelm you simply with the mass of numbers, while others will be high life tanks, that need slowed down using walls and traps while you take them down. 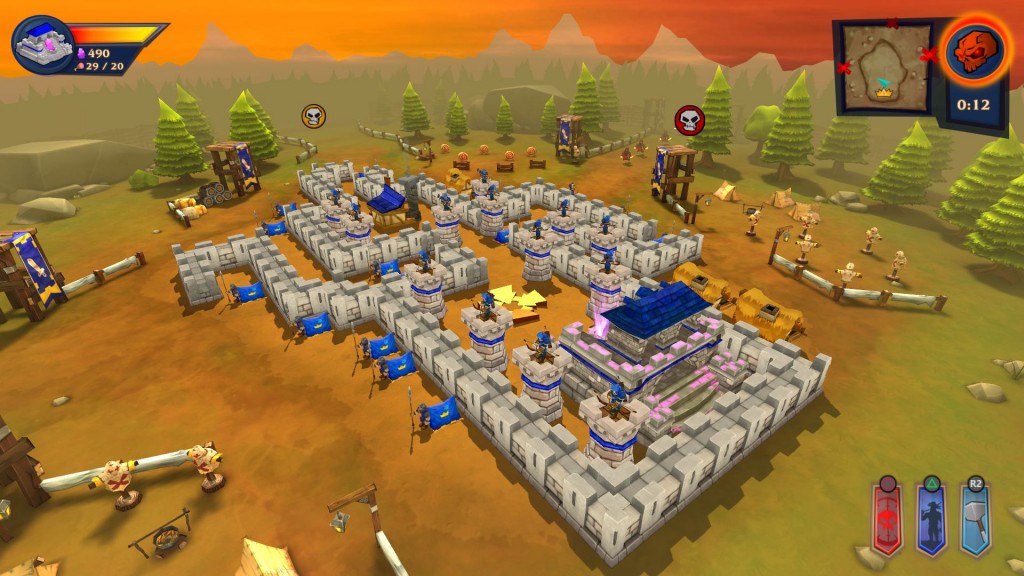 Thankfully the graphics make the game easy to follow and navigate around, with the camera deserving some praise for doing its job in terms of how easy it is to control, and a handy radar in the corner alerting you to where the threat is coming from. Like most tower defence games, you’ll be dealing with a threat in a specific direction and The Castle Game gives you handy markers on the playing field and on the radar so you can plan.

While I wouldn’t say the character graphics and overall polish isn’t up there with the best of the current generation, the overall cartoon like style certainly gives it its own special charm, while the sound design and the phrases the characters say as they either attack or are being attacked adds more life to proceedings as you play though.

Accurate controls are key in because while placing units isn’t time sensitive and you can take as long as you want before you press the go button to invite the hordes, mistakes placing them can be costly in resources and ruin your strategy, so The Castle Game’s controls have to make you feel completely in control. They do for the most part, with selection and placement being solid. My only issue was the heat of battle when you have the option to be able heal your units or attack. Sometimes it was hard to tell which unit your healing hammer was hanging over or who you were about to send lightning bolts down on, but it was more down to where I had the camera at the time than the control of the mouse pointer. 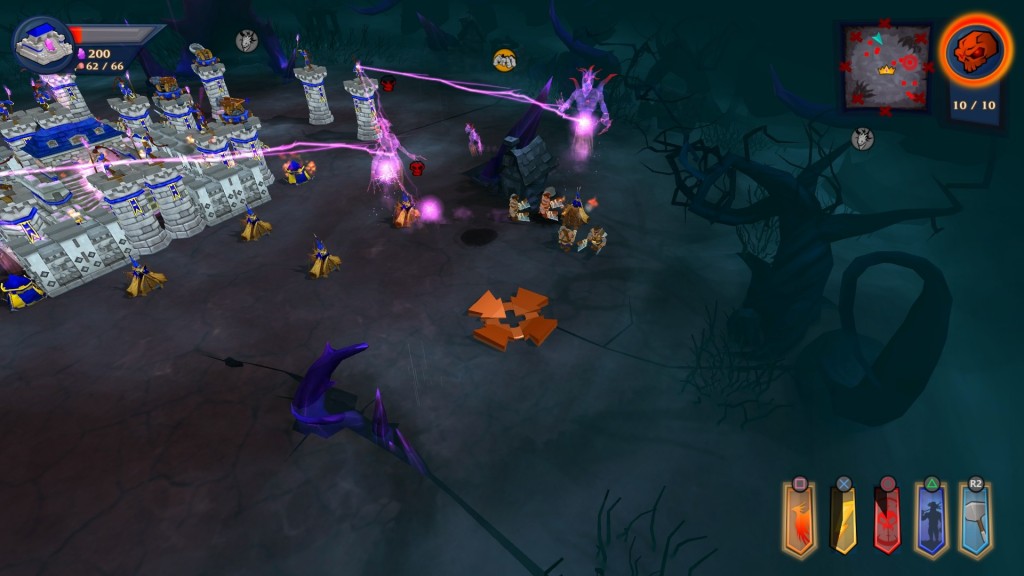 The overall gameplay is very enjoyable, hectic and challenging at times. Once you reach certain points in the game you’ll be given gems that you can then use to boost certain parameters of the army you are using e.g. increased melee attacks for your soldiers.

The main attraction of The Castle Game over its tablet and phoned based competitors is the complete lack of in-game purchases. All of the units can be gained through simple hard work and perseverance which makes it an extremely attractive consideration for those who are looking to add a tower defence game to their PS4 collection. It’s price point isn’t too high, and with additional modes available over the standard version it does have a bit of longevity to make it worthwhile considering.

The Castle Game is a fun, well designed tower defence game that should be added to your collection if you want all the defend your castle thrills without the cash grab that is usually associated with the genre.