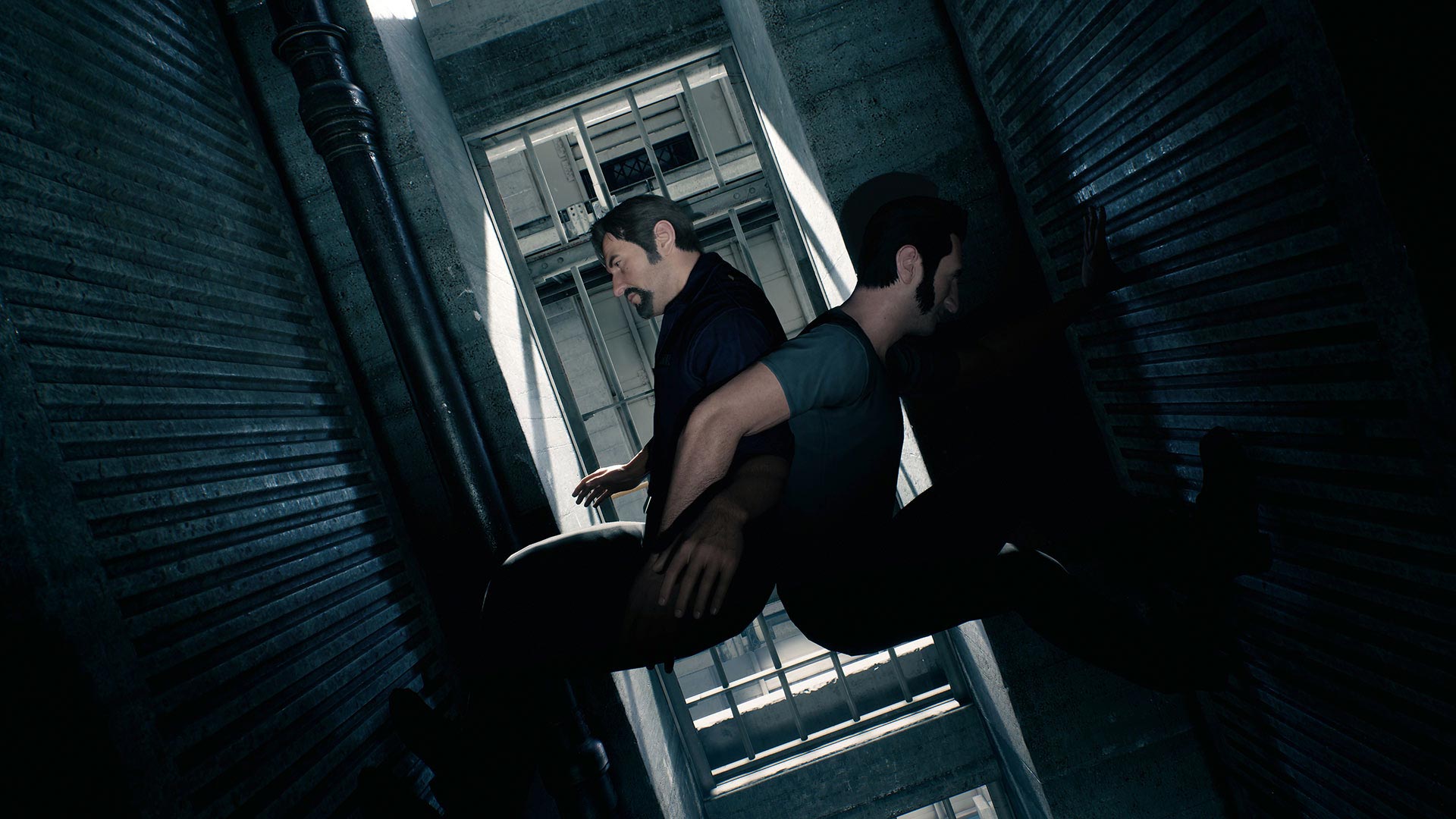 A Way Out is one of those games that comes out of the blue and destroys the competition. Hazelight Studios have made by far, one of my favourite games in the last decade, and I don’t say that lightly. Best played with a friend either online or local. You start off with the option to play as either Vincent Moretti, freshly incarcerated and sentenced for 14 years, or Leo Caruso, who has served 6 months of 8 years. Both find they have a personal vendetta against a man called Harvey. The game starts off with the two characters talking in a plane recalling the events of the escape, which has you playing it all out. The most appealing aspect is that the whole game is played out in split screen so you can always see what the other person is doing, even when one person is in a cut scene, the other player can be seen in the background doing what they are doing. It is a really fun feature that never gets boring. Throughout the game there are hidden things to do that don’t add anything to the overall story, but give a feeling of camaraderie and partnership as you stumble your way to freedom. Each part of the story feels worthwhile, nothing feels out of place and is the best written story in recent years.

The main pull of the game is the heavy focus on cooperative. Whist in prison, one players hides in a laundry cart covered in sheets, while the other pushes them through a security checkpoint to sneak sheets for our escape. Communication is crucial. Often making the game impossible without a countdown or preparation. I played through with a mate who I play most games with, and even then we found ourselves stopping before a challenge and going through a game plan, like we were actually breaking out of prison. It’s definitely I good test of friendship. I found myself taking up the personality of Vincent on my first play through, trying actively to avoid confrontation and thing methodically about each choice, while my mate was beginning to act more like Leo, rash and shoot first, ask questions later. By all means not a bad thing! There are some parts where both characters have an idea of approaching a situation, which the game then gives you the options and both players have to pick the same one. It makes for good dialogue and a good reason to replay the game to try each way. I ended up playing through the game 3 times, back to back to back. Twice with the same friend, just so we could play both characters and do everything the game has to offer. Even though I knew the ending, which I will get too later, it didn’t take away from the story and in most cases, added new meaning to the characters and their chats. Admittedly I was worried about the replayability of this game, but I am happy to say that I was mistaken. It will always stay as a game that I can go back to with my mates and have a good laugh and just chill. 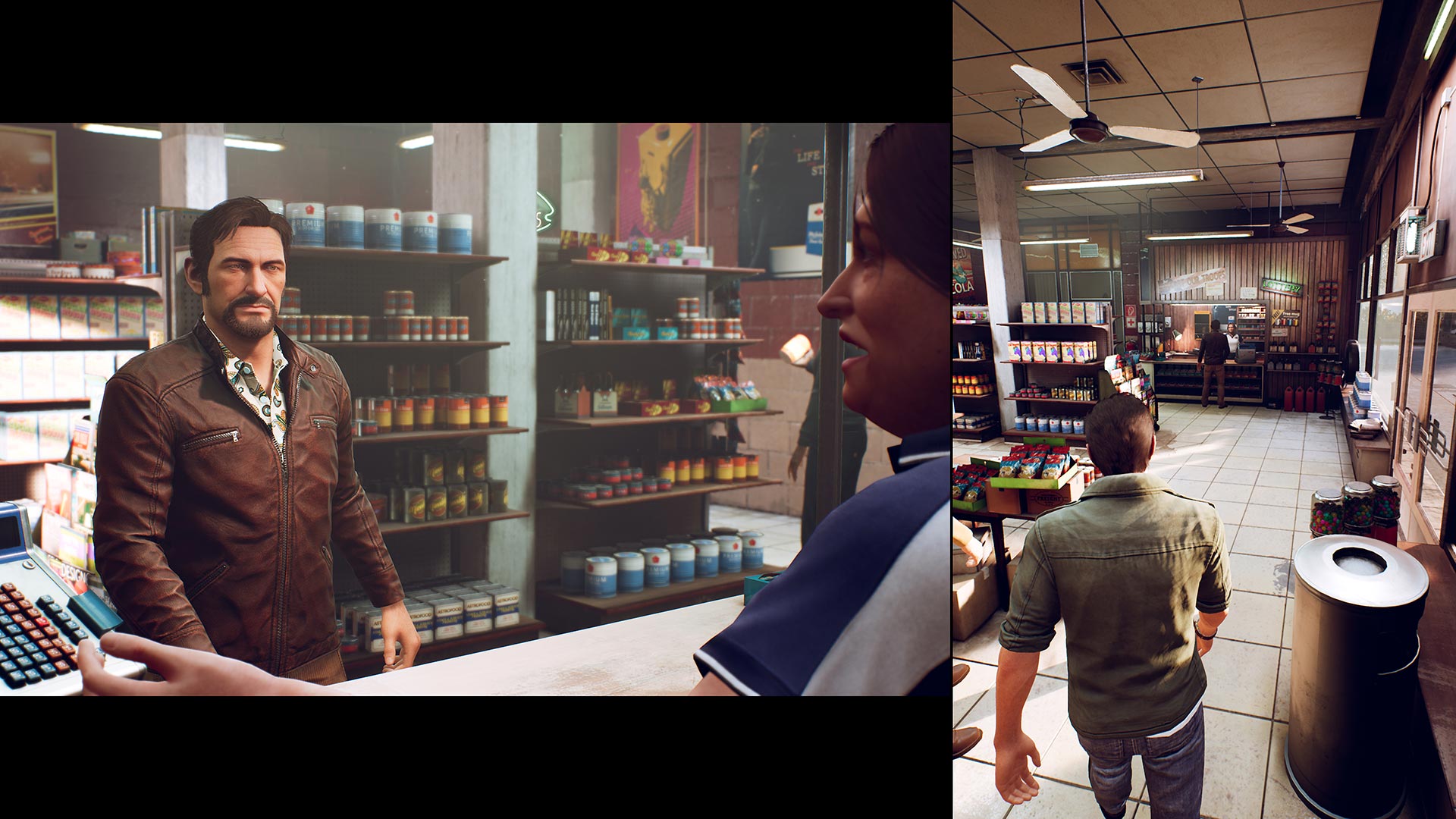 The story has you starting off in prison, and eventually breaking out. How you break out is pretty linear, but how you prepare has a few options. A memorable moment for me was when I had just snuck a wrench into my cell form the carpentry wing, past a few checkpoints and security pat downs, thinking I was in the clear, I ran off to my cell leaving my friend talking to people in the prison. Once I was back in my cell, there was a couple of officers waiting for me explaining there was a random cell search. Realizing I had the wrench in my pocket, I yelled out to my mate, who dropped everything and ran to his cell who is next to mine and while the guards’ were searching my cell, I passed the wrench to Leo with seconds to spare, who then hid the wrench. My heart was pounding and it was a huge relief once it was over. Moments like that happen quite a few times, and all hit you by surprise. The game feels like it would be a perfect fit for a movie adaptation. The action pieces could have quite easily been ripped straight from a blockbuster action flick. Even the camera angles are positioned in such a way to make you feel like you are the character and not that you are watching your character. One of the most unique scenes in the game is an escape from a hospital. Both characters are split up as they both attempt to make their way out of the hospital while police are searching for them. While most of the game is split screen, the camera focuses on one character and then will transition to the other character, using different techniques like stealth, side scrolling beat ‘em up and fast passed decision-making. It looks like one big cut scene but it is all playable and really builds tension when it pans from one character sneaking through a hallway, to another suddenly holding an officer hostage while police start moving in. The only way this game would fall short of it was adapted into a movie, would be the characters. The way they build up the characters’ relationship over the 6-7-hour campaign, would feel rushed in a 2-hour movie.

The sound design is nothing short of Oscar worthy. The music fits in every situation and is tastefully used. Going back to the hospital scene; the music will be loud intense drums when you are making your getaway but the moment you are hiding or have evaded the police, the music goes to a very light triangle sound like a good old school spy film. The voice acting is brilliant. I often found myself repeating pointless activities such as diving into a swimming pool, just to hear all of the quips my character had to say. Most NPCs have something to say as well, approaching them with the 2 characters will give different responses and in turn, different outcomes on how to progress on your mission. 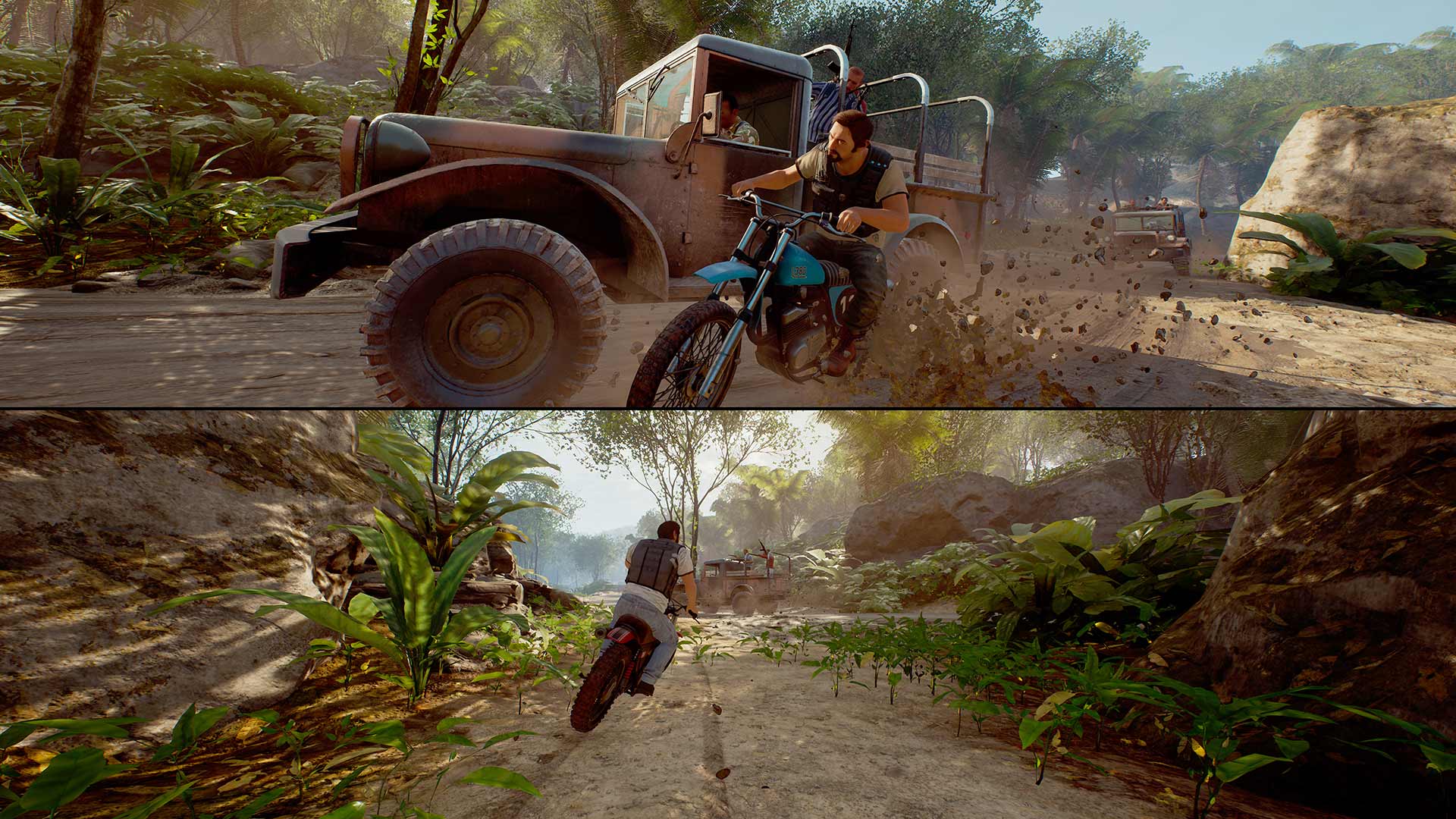 Unfortunately, this game isn’t perfect. The gun play is awful, the flinch you experience when hit is like you got struck by lightning and bullets feel like they are made of marshmallow. The vehicle controls are also a bit wavy. Not GTA 4 wavy like driving on blocks of butter, but nothing like GTA 5. It’s hard to pin point what could be improved, but just a look over the physics wouldn’t be a pass. There are also a few plot holes that make themselves apparent while playing, which does take you out of the moment. All that being said, gun play and vehicles play such a small part in the game, it seems unfair to mark it down too much for that. I found myself forgiving some of the plot holes while playing, purely because the game sucked me right back in the next scene.

I will keep this short and sweet. The ending is the best ending to a game I have experienced since Bioshock Infinite. I don’t want to spoil anything, but it had both me and my friend, speechless.

In conclusion, if you are on the fence about this game, try it. With it being a co-op only game, it does turn a few players away but with it priced much lower than it is worth in my opinion, it is well worth the money. The developer have built a AAA story driven game, which in 2018, is very welcomed.