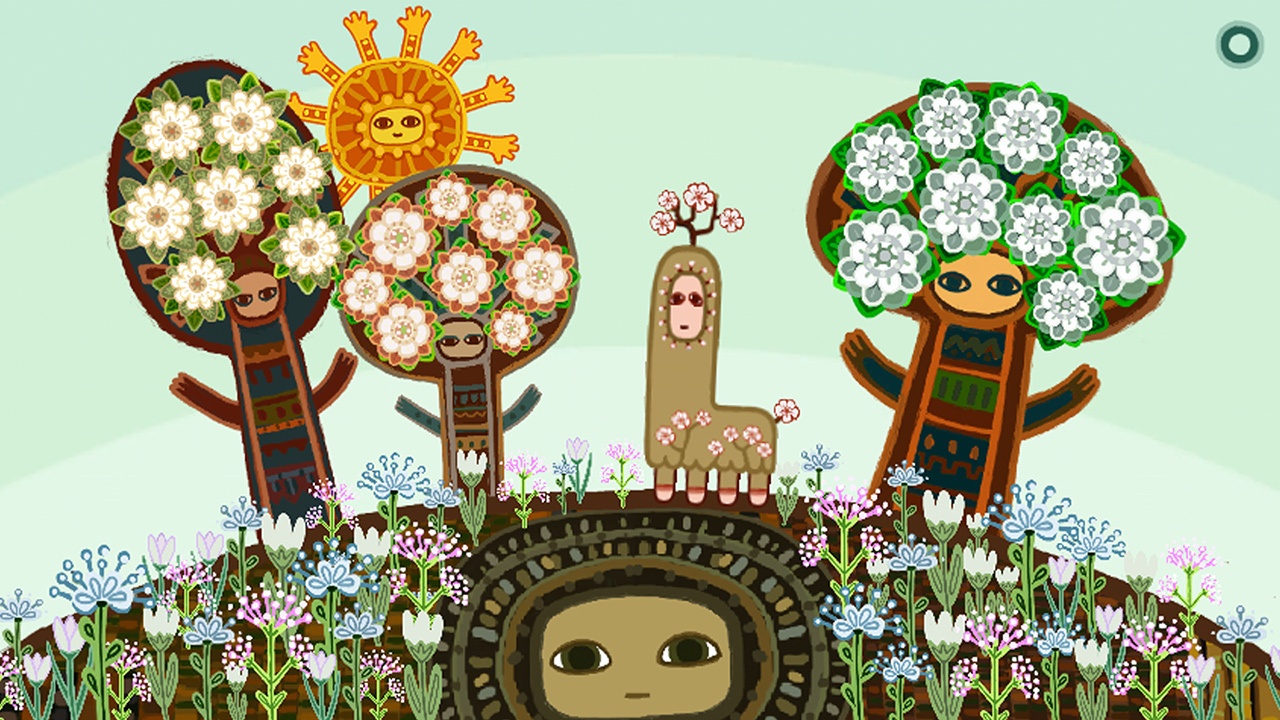 There’s a certain amount of amusement that comes from reviewing a game that is expressly not for you. And I don’t mean the obnoxious, gatekeeping kind of monikers that get thrown around by gaming fanatics and people trying to horde their joy away from others. I can say that the boy’s harem game that I played on the Switch wasn’t for be because that wasn’t my cup of tea, but that is more of a preferential thing than anything else: there was no label saying “not for Caucasian men in their 20s.” No, this is definitely a case where an adult is trying their best to review a kid’s book, not even a game, and giving it a definitive score that’s both fair and objective. Without further ado, let’s take a look at It’s Spring Again.

It’s Spring Again is a colorful, interactive storybook about the passage of the seasons. Beginning with spring, players(?) have the opportunity to interact a bit with a very small, limited landscape that involves three trees and the occasional wandering animal that represents a season. The seasons will give way to different flowers blooming, some elemental interference in the forms of rain/snow, and…that’s really about it. Once you complete the four sessions, you loop back to spring, which gives way to the title of the game in big letters. Then players can decide if they want to start again, having just spent about ten minutes, tops, going through the entire experience. 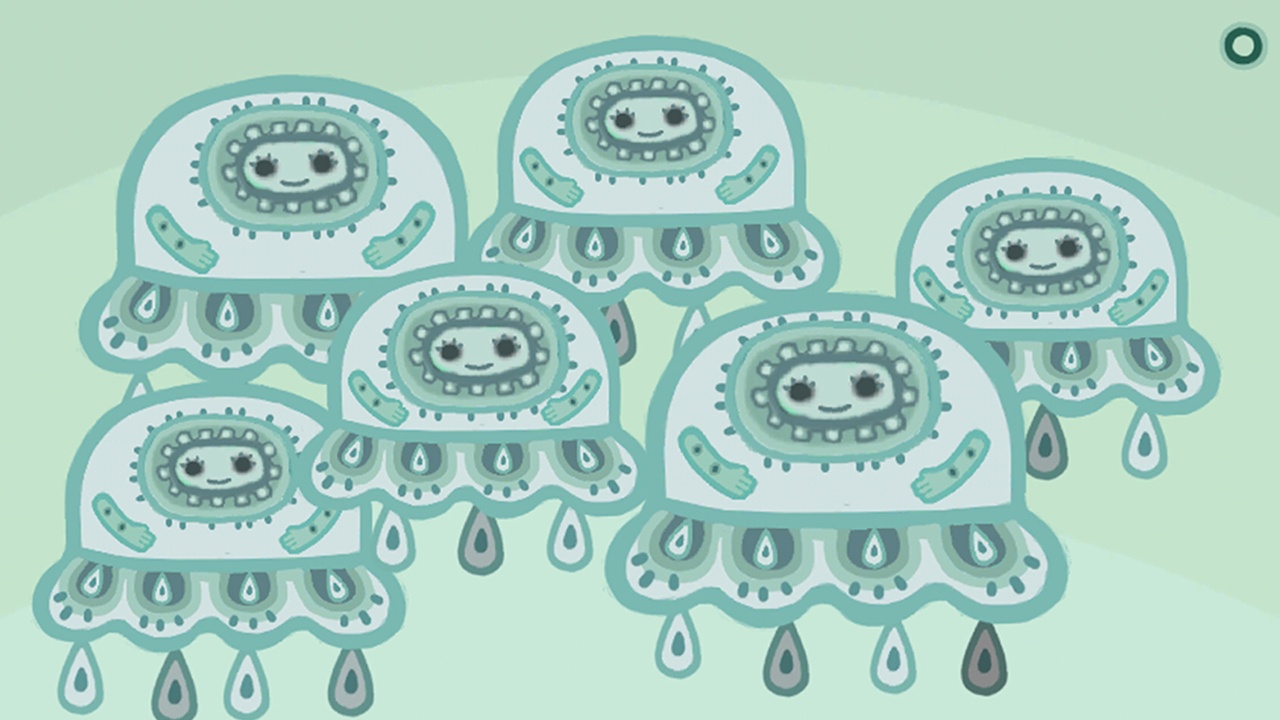 From an adult perspective, this is absolutely, 100% worthless to anyone who’s in junior high school or higher and not interested in early education. There aren’t achievements to unlock, characters to develop, or even branching paths to explore. That paragraph you just read? That’s it. The whole thing can be done in the spanse of time that can be measured in a variety of ways. It’s one half of a Daniel Tiger. It’s a full Shimmer and Shine episode (seasons one and two, before they got double length). It’s approximately three Kidz Bop songs.  It’s one bedtime story, maybe less if you have overly active children (more on that in a moment). And it’s also about minimum wage in the US, because, for under two dollars, you get some short entertainment that won’t mean much to you, as an adult. So, if you’re childless and not planning to have/care for/study children, please save your money and don’t leave a negative review.

Now, for the up and coming kid crowd, there’s plenty of good things happening in It’s Spring Again. The graphic design is quite colorful and pleasing to the eye. Everything from the Earth itself to the passing clouds have pleasant, smiling faces on them, but they’re done in a hand-drawn style that’s less emoji and more Thomas the Tank Engine. The way the trees have whorls to them and the flowers bloom actually reminded me a lot of Tomie dePaola, one of my personal favorites. There’s nothing scary, offensive or even off putting about the display from start to finish. The only thing that might stick out as odd to your child is the seasonal animals: you can see them and interact with them a little, but they don’t do anything except wander off when the season ends. As I doubt anyone has actually seen the physical representation of winter in the wild (kind of a half-bear, half-llama with a pleasant demeanor), it could be odd.

And the narration, which exists throughout the story, is excellent. Asya Yurina, the developer, has a good knack for pacing and cadence that keeps the child engaged without being too frantic or excitable. The result is a story that’s perfect for relax and focus time. Maybe this is something you do before a nap. Maybe it’s just a nice learning experience in the afternoon. Asya uses a good range of vocabulary to explain how the leaves bloom and fall, how the earth sleeps in the cold, and how everything cycles back around. Nothing is too unbelievable in terms of wording, and it’s good for keeping attention. Best of all, if your child simply wants to focus on the story and remove the interactive elements, you can turn on autoplay and watch/listen (in English or Russian). 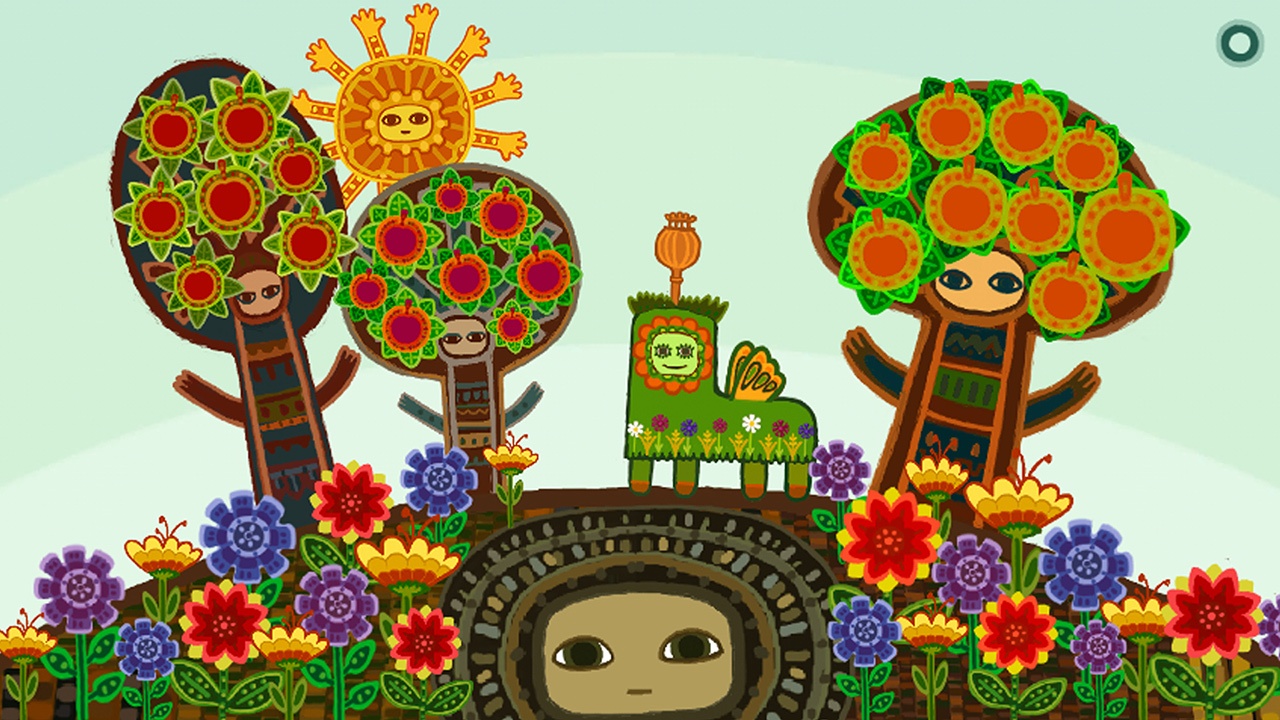 Interactive-wise, It’s Spring Again is all touch based, encouraging the child to reach out and play with different moments of the seasons. It teaches kids about how the flowers bloom and change throughout the seasons, how rain clouds, storm clouds and snow clouds are different, and how, eventually, the seasons will start again. Everything is simple, almost too simple, so this is probably good for less than six years old, possibly even as low as two (if you’re comfortable with your child using tech that early). Narration is triggered by certain things being accomplished (help all the trees bloom, tap the sun so many number of times) and the narrator hints and tells the child what needs to happen next for the story to move on. Though a clever gimmick, it does create a double-edged sword. It keeps the audience touching and interacting with the story, but some elements are short enough that you may accidentally cut off the narrator and move on without needing to listen. At that point, you’re just watching your kid touch pretty pictures for effects, and there are plenty of free apps out there that can do that.

Sadly, It’s Spring Again does miss the biggest swing of all: docked connection. Perhaps it wasn’t worth looking into, but It’s Spring Again is touchscreen only, meaning that buttons don’t register whatsoever. You can load It’s Spring Again from the dock, sure, but you can’t even start up autoplay. If you want to watch the game on the big screen, you have to undock, start the autoplay, and then re-dock it. This is a solution that most parents are going to find irritating at best and unreasonable at worst. Also, though it could be more of a time investment for the audience, having the opportunity for cursor emulation to move/touch the book through the JoyCons could have been a great hand/eye coordination development point. So I get that It’s Spring Again probably works best up close (like a book) but we have kids who want to see their books on the big screen (and parents who maybe don’t want their 3 year old handling the Switch in any capacity).

It’s Spring Again is pleasant, cute, eye-catching and crazy short. If you have kids who like to repeat things into the ground, this could be a great use of a couple of bucks. If you want your children to pick up more scientific things, this could be a good gateway but definitely NOT a resource material. And if you don’t have children, seriously, don’t get this game.