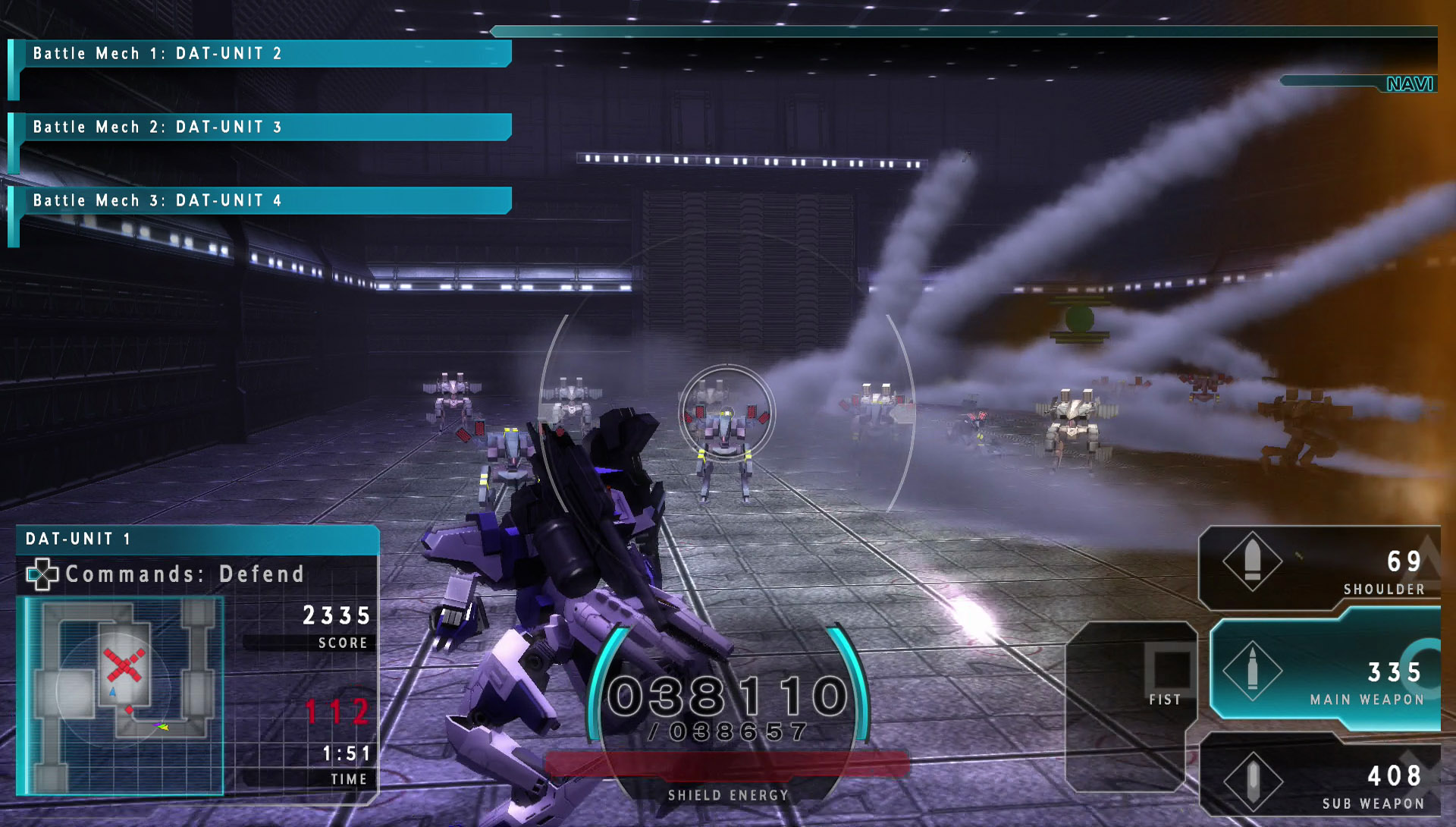 The first thing I noticed when launching the tutorial mission was how my mech squeaked like an old jalopy while I strode around the battlefield. Call me crazy, but that bothered me immensely. Something that big and powerful shouldn’t control like a semi before its nth and final breakdown, but unfortunately it did. Turns were wide, movement itself was slow, and My experience with the Assault Gunners HD  didn’t get any better from there.

HD seems like a generous claim given that the game looks as though it’s from the PS2 era. The blocky, ugly assets don’t help the game feel like a modern-day experience either–which is strange because the original cane out just 5 years ago in 2013.

The Assault Gunners remake offers the base game and four DLCs, but I honestly can’t think of a reason why you’d want to touch the extra content. The main campaign is 35 missions of moving slowly across a vast, ugly terrain to one point, shooting enemies, then moving slowly to the next point. Gameplay isn’t fun or engaging and to add insult to injury, it’s not visually impressive either. The story, which is rife with acronyms and other jargon, is told via scrolling text over static backgrounds. Given that there’s voice work during combat, I can’t imagine why they didn’t invest in a narrator. 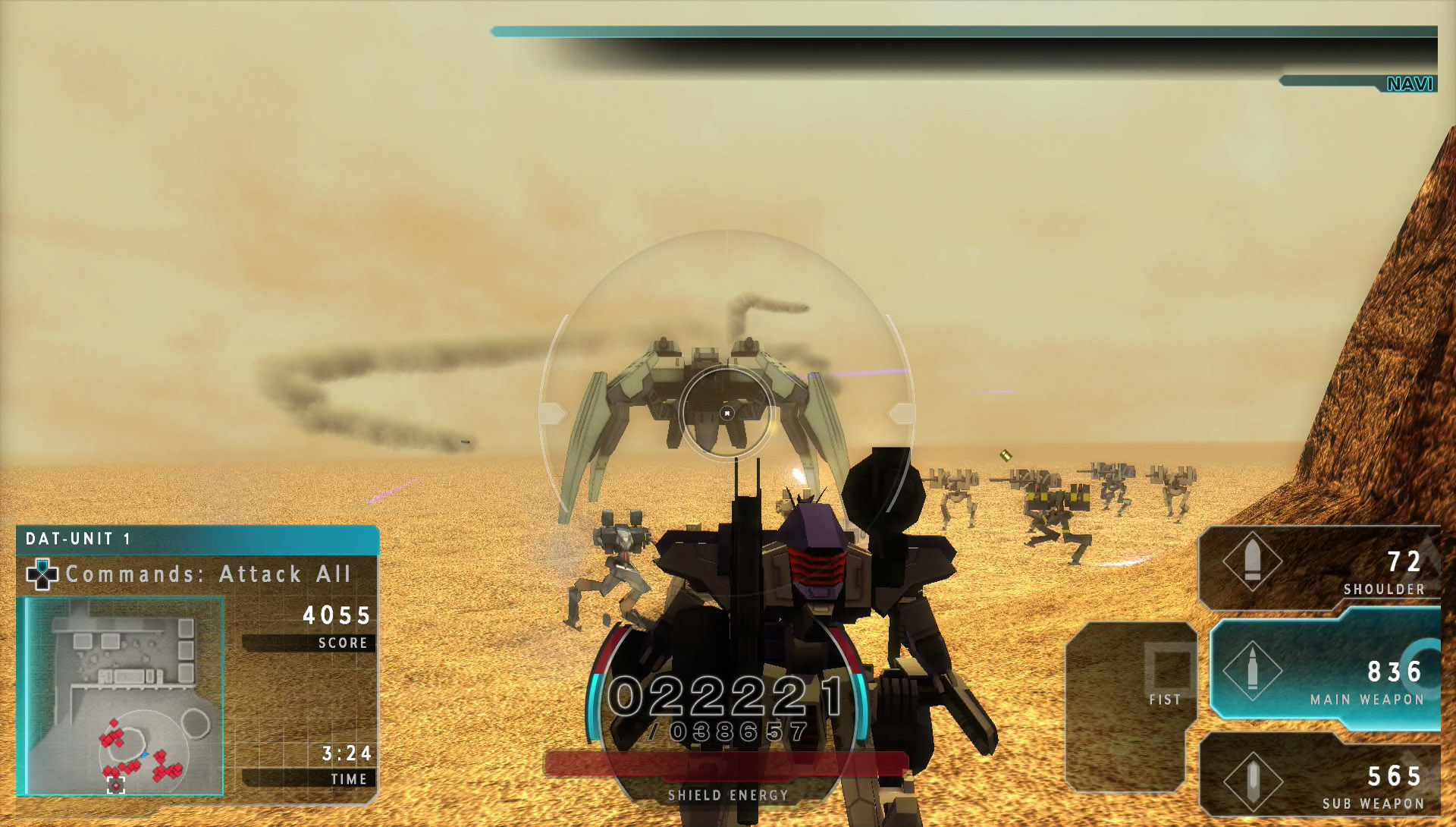 You lead a squad of three AI controlled mechs, which can be assigned orders using the D-pad. Despite what you tell them, chances are they’ll get destroyed during later missions because the AI is stupid and the mechs themselves are much, much slower than you. They don’t boost–and though you can, it’s only for a few seconds at a time, getting you nowhere–so they end up trailing behind you. You have four weapon types: fist, main, sub, and shoulder. You can switch between them using the face buttons. Each weapon, with the exception of melee, has an ammo bar. Enemies drop ammo, though based on difficulty you may have to shoot conservatively. In case you’re wondering, melee combat controls just as badly, if not worse, than the mech itself does.

The mini map is just that: mini. It was pretty difficult to keep track of where I was in relation to everything else. The map you play on is on the large side, but then it’s also empty. Their dreary, deserted appearance isn’t helped by the fact that your mech walks at a snail’s pace. When you aren’t shooting enemies, but merely moving from one location to another, this is especially painful. Your mech can boost to speed up a tiny bit, but the boost is short-lived. The bar used for it also serves as your shield, so don’t expect to move around quickly on the battle field either.

Missions can be completed on various difficulty levels, where easy is a joke, normal is too easy, and hard spikes intensely. Difficulty affects the number of pickups destroyed enemies drop and also enemy health. So your choice is to either walk around, one-shotting nearly every enemy, or having your incompetent squad, then yourself, destroyed.

You’re able to customize your mechs–up to 8 saved layouts, though only four are active at a time–but there are no guidelines. You can build indiscriminately, selecting parts based solely on the fact that your stats increase. Blue good, red bad. There are a good amount of different weapon types and these also change your mech’s appearance, but their visual representation is lacking. Don’t expect any fantastic explosions, colourful lazer blasts, or the like.  Playing through the campaign unlocks new mech frames, but given that gameplay is slow and tedious, that particular grind becomes doubly so. 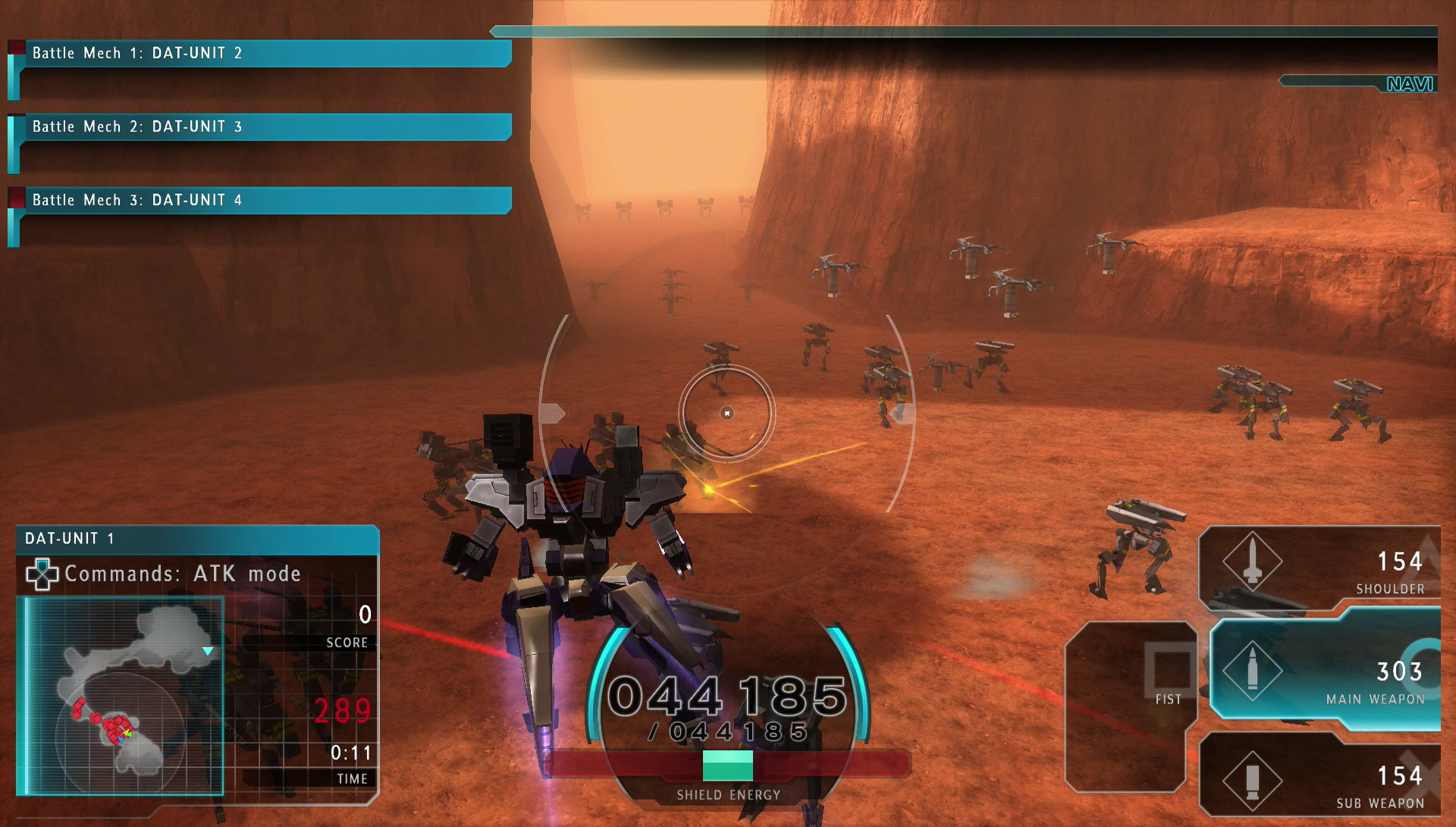 There’s an additional game mode called Inferno, but that’s even worse than the campaign as it’s an endless version of the tedium. Surviving waves feels more like surviving the game’s poor controls and other shortcomings. I can’t help but make the comparison to the Gundam Breaker series here. Sure, gameplay is repetitive there, but the story is interesting and the game looks fantastic. Assault Gunners fails to engage the player in any way.

.Pros.
Mechs are cool. I picked this up on that premise.

.Cons.
Clunky, stiff controls.
Ugly assets. “HD” seems like a spurious claim.
Repetitive gameplay with nothing break the monotony.
A boring, blandly written story doesn’t make any of the above better.

.Bottom Line.
Is it fun? Not even for a moment. It’s repetitive and bland with very little to spice up the action. Even customising your mech becomes a chore as you have to grind to unlock the better looking parts. If you played the Vita version and liked it, I can’t think of a compelling reason to play the HD remake.