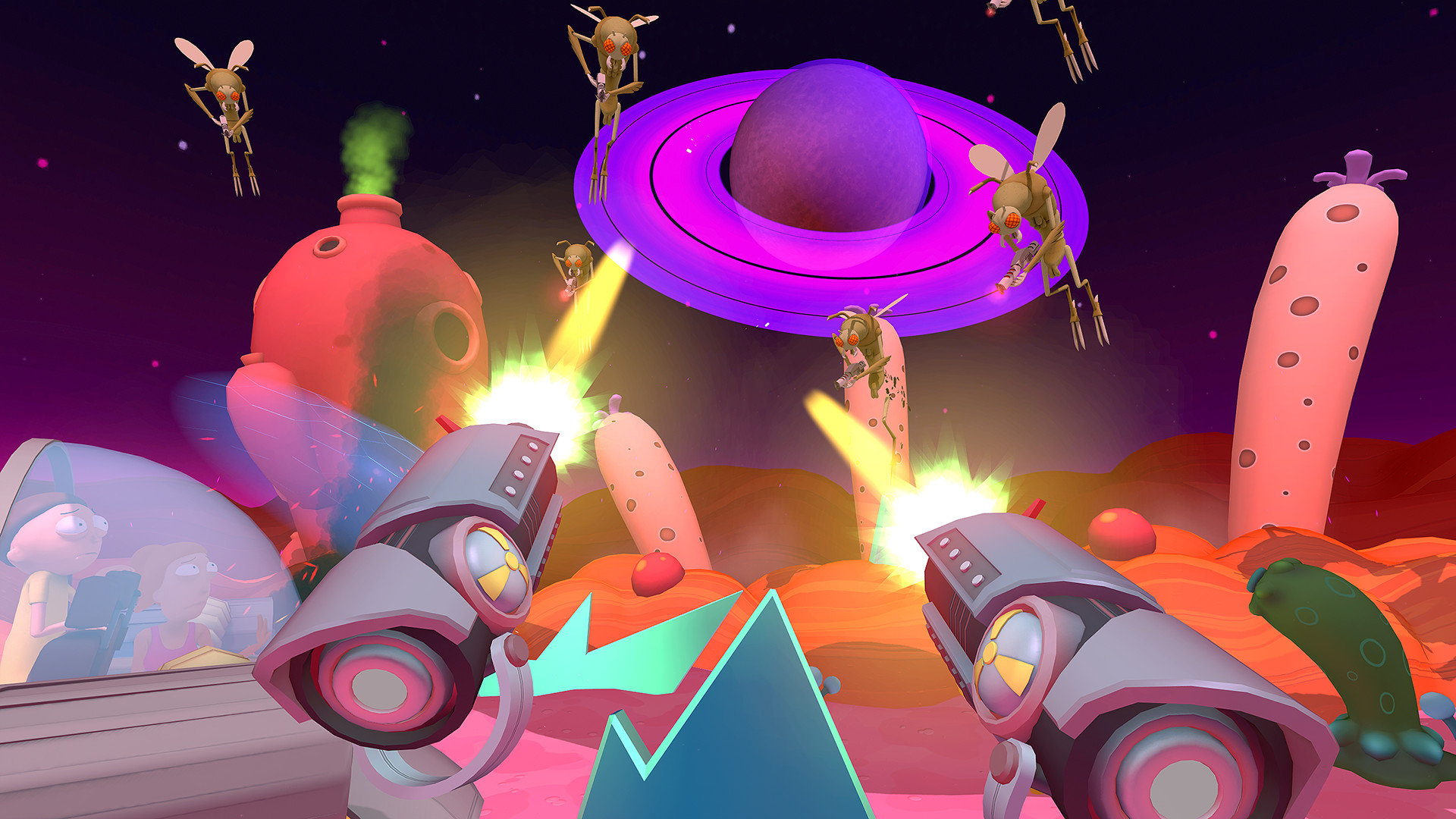 Over the last couple of years Rick and Morty has exploded all over the internet with its irreverent humour and it’s sci fi theme. And with Virtual Reality games on the rise it would only make sense to have a Rick and Morty VR game especially with the show’s science based theme.

The game is set in the canon universe of the TV show, with you being one of Rick’s Morty clones but this time it’s different. You are just a floating pair of hands and a head and Rick has given you the epic adventure of doing his laundry. If you know Rick and Morty you’d know that things never go as planned and the simple task of doing Rick’s laundry spins out of control and you end up killing alien soldiers, raising a baby alien, blown up to the size of the earth and many other crazy scenarios. 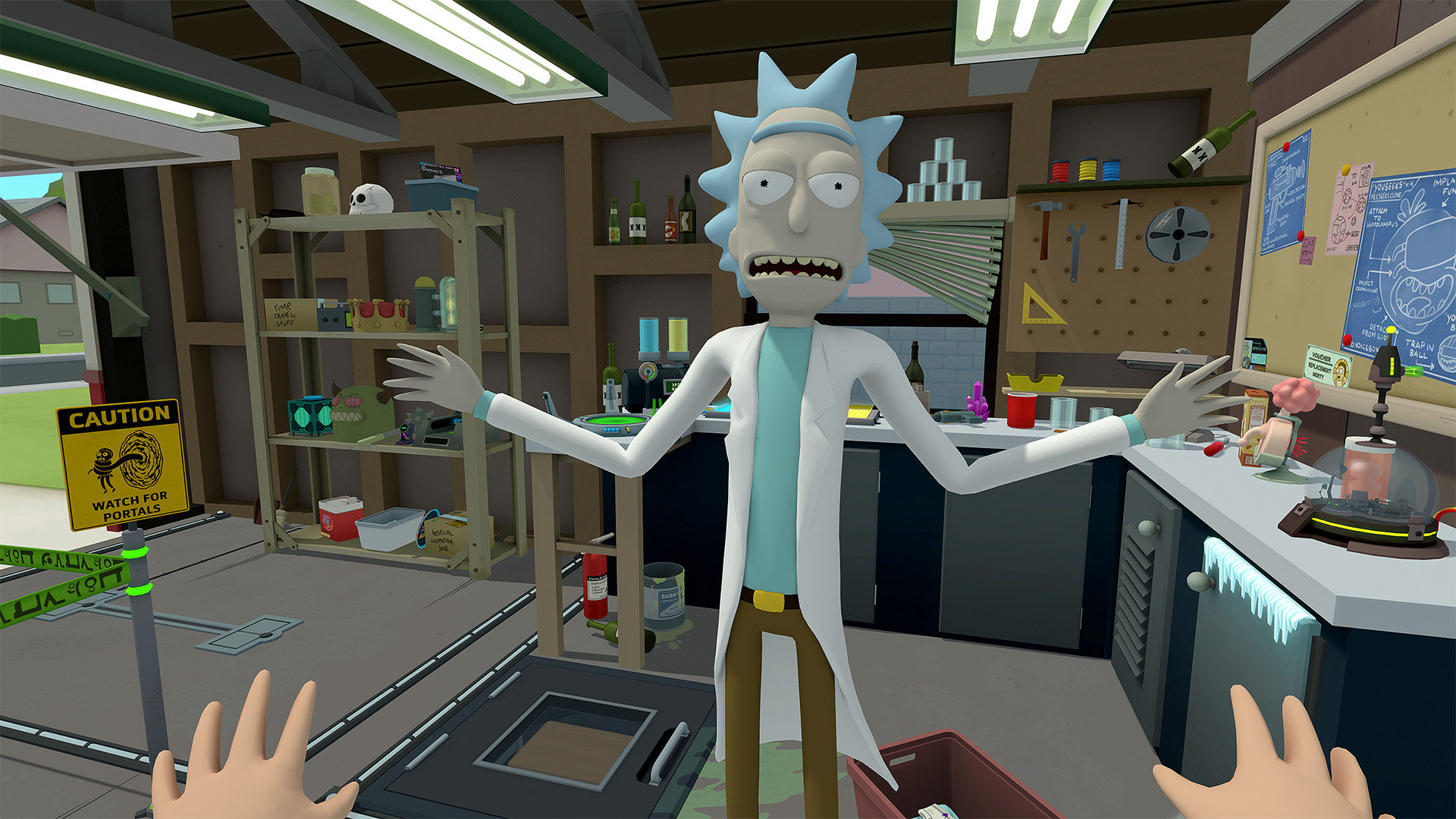 As a PlayStation VR game you are in control of your hands and hand while not being able to physically move around and must teleport where you need to go. Generally, the game is all about picking things up and using them as you would in real life but the game has a variety of different mini games. A couple examples are when Rick comes back and needs you to fix his space ship: with that you will need to solve three different puzzles one being a word puzzle of knowing which tubes to use in the engine. Another is when Rick gets stranded in an animal reserve in an alien planet and Rick powers you up with two hand canons where you need to use to shoot tens of alien soldiers while the space ship is repaired. And last example is when you need to charge Rick’s car battery by playing a game similar to the Bop it where you have 3-5 input devices in front of you that you need to keep from burning out with fast and precise movements.

Visually the game attempts to capture the art of Rick and Morty the show and represent it in 3D but it doesn’t really look as good as it does in the show obviously but it’s a good attempt and it isn’t really too hard on the eyes. Audio wise it’s amazing all voice actors from the show reprise their roles and deliver hilarious line after another. The music as well is exactly the same as the show with it really helping to immerse you into it with tapes lying around with music from the show or audio recordings from characters in the show or even a 4thwall breaking recording from the developers themselves commenting on your actions. 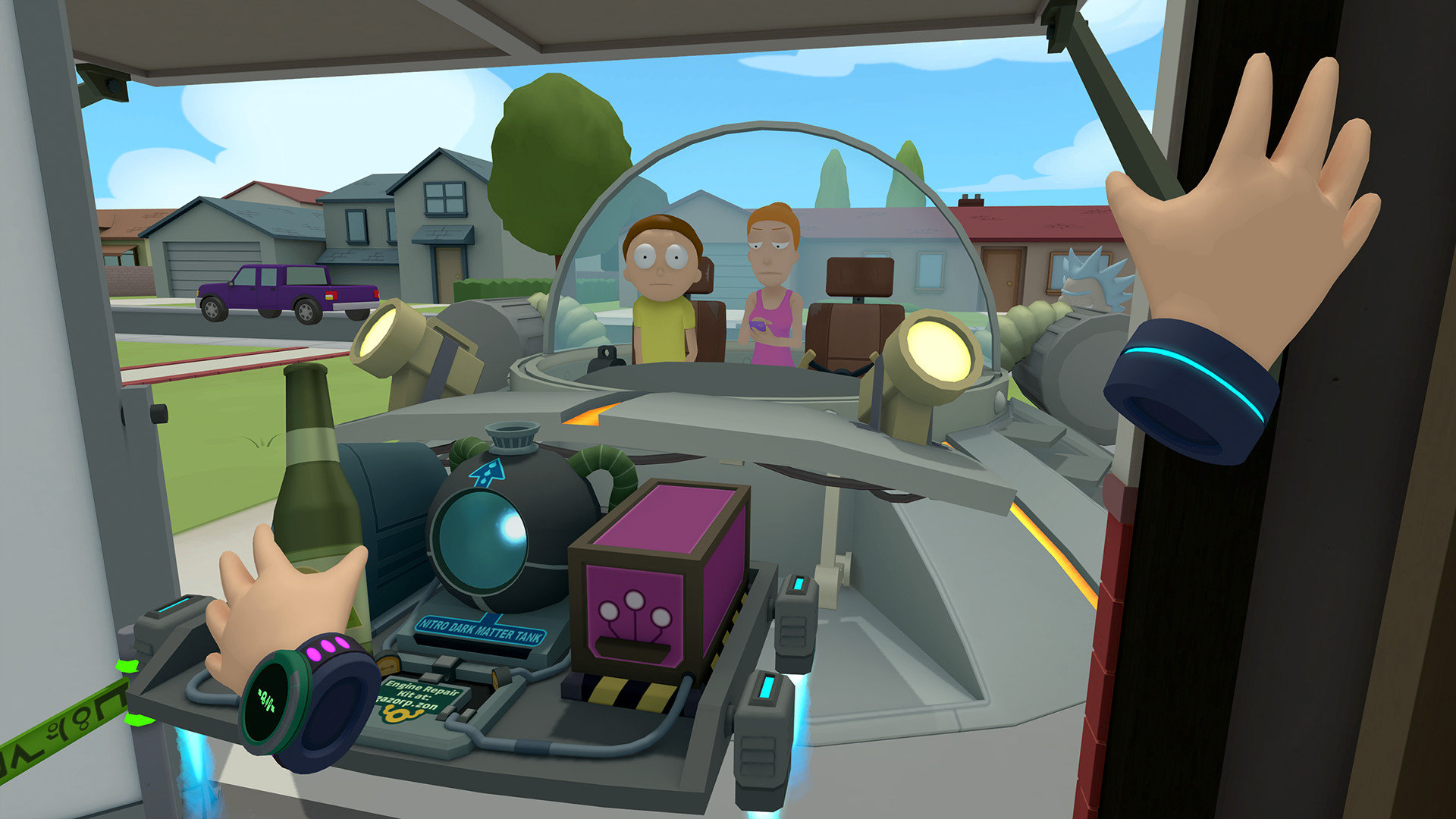 With all that said as a VR game it has the same issues most VR games share. The main one being if you don’t have the right amount of space or the game isn’t calibrated properly you will NOT be able to play the game properly. I actually had to relocate my PS4 and PSVR to another room to get it perfect for some of the challenges where I just couldn’t do in a smaller space. Another is I actually started playing it on a PS4 Pro and it was just perfect; good graphics, smooth frame rate, then I switched to a normal PS4 and I couldn’t notice a big difference in visuals but the performance dropped like a rock, there was lag when I’d move things around in some areas which made somethings difficult.

Overall Rick and Morty Virtual Rick-ality is a fantastic game that every Rick and Morty fan should play but I’d be remiss if I didn’t mention that the price might be a little too high for the amount of content that is contained in the game. Otherwise the game really delivers what it says on the tin and just immerses you in the world of Rick and Morty.