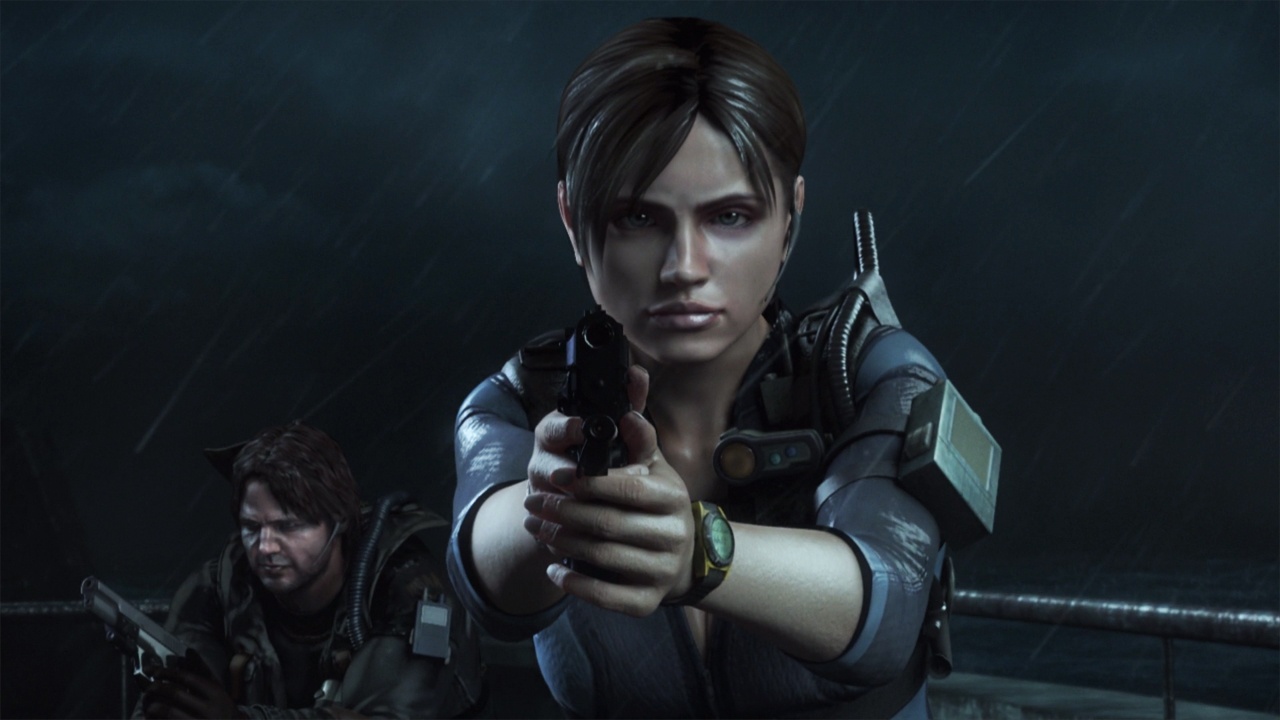 The Resident Evil franchise has been around for twenty-two years now. Its origins have mutated a lot since then, spawning several variations in its virus-busting gameplay, across all manner of gaming platforms, with titles such as Survivor, Dead Aim, Mercenaries and Umbrella Corps. However, its main attraction still lies within the series itself, from the original title up to last year’s horror fest, Resident Evil 7: Biohazard; a truly terrifying game, especially in its VR setting which was a first for the series. Although Biohazard is the latest title in its lineage, it isn’t the newest release. The release of Nintendo’s Switch console last year, also saw a re-release within its digital e-shop of Resident Evil Revelations 1 & 2; the former being a port of the previous 3DS and Wii U versions of the game and the latter producing a premiere on any of Nintendo’s machines. This review covers the first title within this sub-series of the Resident Evil franchise.

First released in 2012, this title was originally developed for the 3DS. However, an HD version was ported for the Wii U and it is this version of the game that has been re-ported for the Nintendo Switch. Set between the events of Resident Evil 4 and Resident Evil 5, this game follows the exploits of Jill Valentine and her partner, Parker. The pair have been called to investigate the floating wreck of the Queen Zenobia; a luxury cruise ship and the last known location of Jill’s old partner, Chris Redfield. Although in a state of abandonment, it doesn’t take long for the pair to work out that something very sinister has taken place on board and that they are not alone. With an outbreak of a new virus, the T-Abyss strain, a series of mutated monsters, that were once the original passengers and crew of the ship, now infest the claustrophobic corridors and cabins; all of them hungering for your blood. 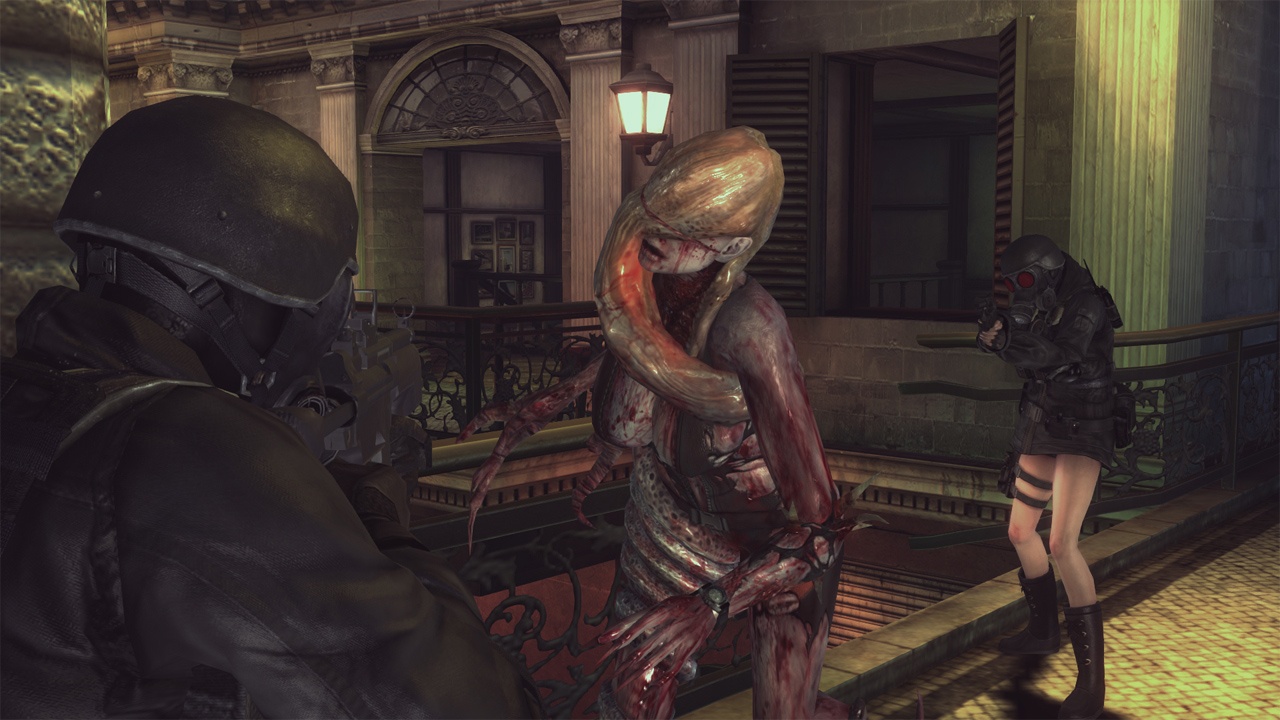 The game plays in the same mold as previous incarnations within the series. Exploring locales, solving puzzles, collecting keys for progression, picking up ammo and extra weapons, as well as herbs for health and documents which provide a backdrop for the story. With a third-person, over-the-shoulder view, you control a variety of characters as you battle all manner of mutations and uncover the secrets behind the latest outbreak of bio-weaponry. Although previous series’ of the game have experimented with different mechanics, Revelations 1 is made up of an amalgamation from previous elements to produce a game that contains the aesthetics of the modern versions, yet still retains the horror and intrigue from its original release. It all blends together to produce a standalone game that holds strong within its lineage, despite some of its story elements containing themes that have never been investigated in previous, or subsequent, titles.

Capcom have overcome this deficit by incorporating two stories at once, both of which run concurrently with each other. While the main bulk of the game follows Jill and Parker in their quest to find Chris, you also get the opportunity to play as Redfield himself, as both he and his partner, Jessica run their own separate investigation into the terrorist organisation responsible for the Zenobia’s downfall. It all centres around the destruction of Terragrigia, a custom-built city that was destroyed following an outbreak of another bio virus and a quest for retribution following the events that led to its demise. It’s a clever way to fill in the blanks of the Resident Evil lineage with this new story element and also offers a variation of locales within the gameplay; switching from claustrophobic interiors to more extreme outdoor locations.

Although this Switch version has been upgraded visually, its settings and locales are beginning to show their age a bit. This doesn’t necessarily detract from the experience that this game offers though. With higher resolutions, 1080p docked and 720p in handheld, as well as crisper textures and character models, Revelations 1 looks superb on Nintendo’s flagship console; particularly more so on the smaller screen if playing portably. This updated version of the game also includes motion controls that can be used for aiming, shooting, re-loading and melee attacks. However, this feature can only be utilized with the Joy-cons. Although the game supports pro-controller use, its motion features aren’t implemented here. A strange decision considering the pro-controller possesses a gyroscopic capability. Despite this, everything runs smoothly within the game, with an impressive 60fps; even though this can fluctuate between 30-60fps on occasions. 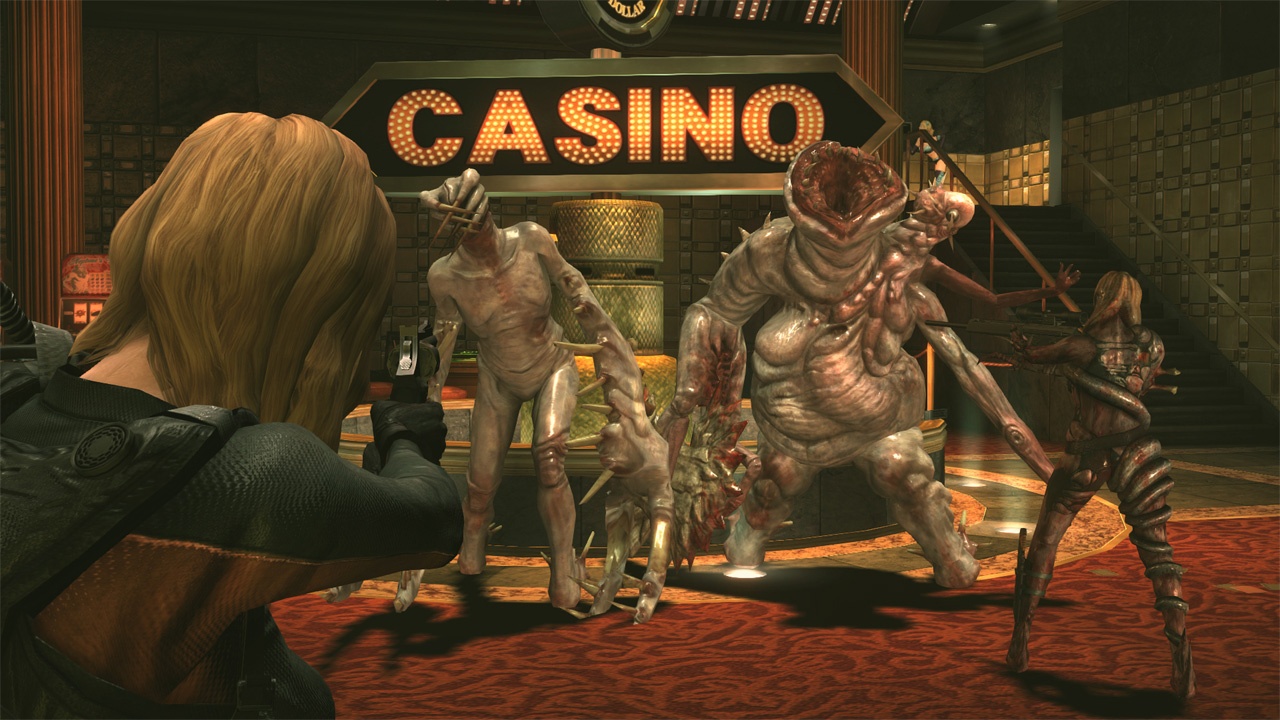 Despite this, Revelations 1 easily provides a console experience on the Switch, regardless of how you play. Its presentational values are high, splitting its elements into bite-sized chapters that take roughly 20-30 minutes each to play through. Each new chapter even runs through a ‘previously’ recap, allowing you to catch-up on previous events if you are returning to the game after a short break. As well as the main story of the single-player element, the game also features a Raid mode, where you partner up with a friend, or online players, in a survival-style mode of gameplay. This adds a further element of replayability and longevity in the lifespan of the game.

Overall, Resident Evil Revelations 1 provides a very satisfactory Resident Evil experience for Switch players. With an inclusion of extra levels, costumes and other unlockables, both in campaign and raid modes, this is the most definitive version of Revelations to date. If you’re a fan of the series, then this title offers a nice setting within the series’ lore. However, if you’ve never played a title from the series before, then this game also provides an ideal entry into the mechanics of the gameplay of previous titles. If you’ve already played previous versions of this particular game, then there isn’t that much that has changed from its original offering and it would solely be a decision only you can make on whether it is worth another purchase. Saying that though, it’s inclusion of motion controls do provide a new and satisfying experience that works particularly well. Despite some limitations, this is most definitely a title worth having in your Switch library and, at the end of the day, Resident Evil is Resident Evil and it’s always worth playing a game from the series, just to experience a piece of gaming history and, what is arguably, survival horror at its very best.