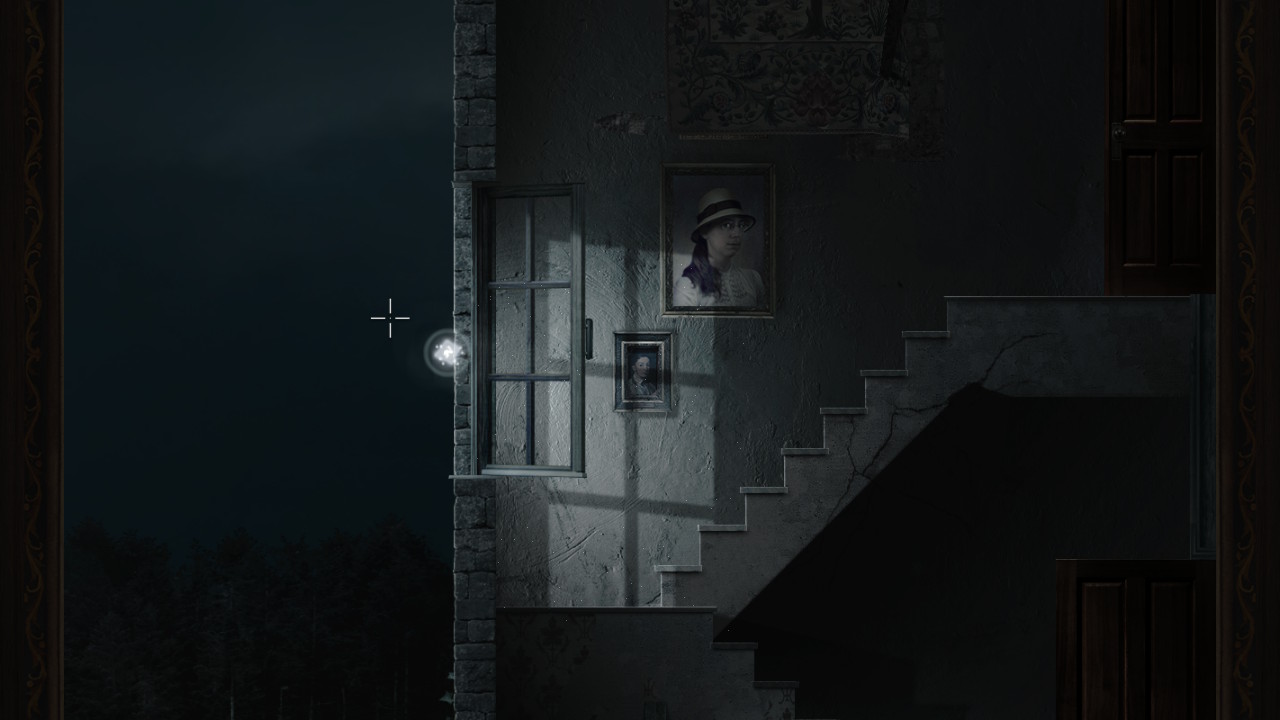 Geotia, developed by Sushee and published by Forever Entertainment, is a horror/mystery/adventure in which you have to figure out the mystery of Blackwood Manor and the paranormal occurrences that have been going on there. The game released on the Nintendo E-shop 26/04/2018 after previous release on other platforms such as Steam and Playstation. The game will cost you £8.99 and put you down 1854.93 MB of storage, however it’s worth it for this well crafted entry to your gaming catalogue.

The game follows the spectral form of a young girl, Abigail, who fell out of a window when she was young. She finds herself a ghost at her old home, Blackwood Manor, however she has no idea why she is there or what has happened in the years after she died, even unaware of a lapse in time when she first enters consciousness. The manor has fallen into disrepair and seems abandoned with many unfamiliar items of furniture and notes scattered around the house. As she investigates she uncovers a plot revolving around her families’ experiments with the paranormal, eventually learning that five demons were released into the world. It is then up to her to find their opposing sigils to banish them back into the underworld. The demons are introduced as you explore the five main areas of the game, with some of them aiding you and some of them being a bit more evil, it is your job to piece together the mystery and undo the curse on the house. As you play through the game, you learn more about her sister’s experiments and how her work shattered her family and how they all factor into the build up to these events, all with the aftermath of the bombing of nearby Coventry in World War II hanging in the background. 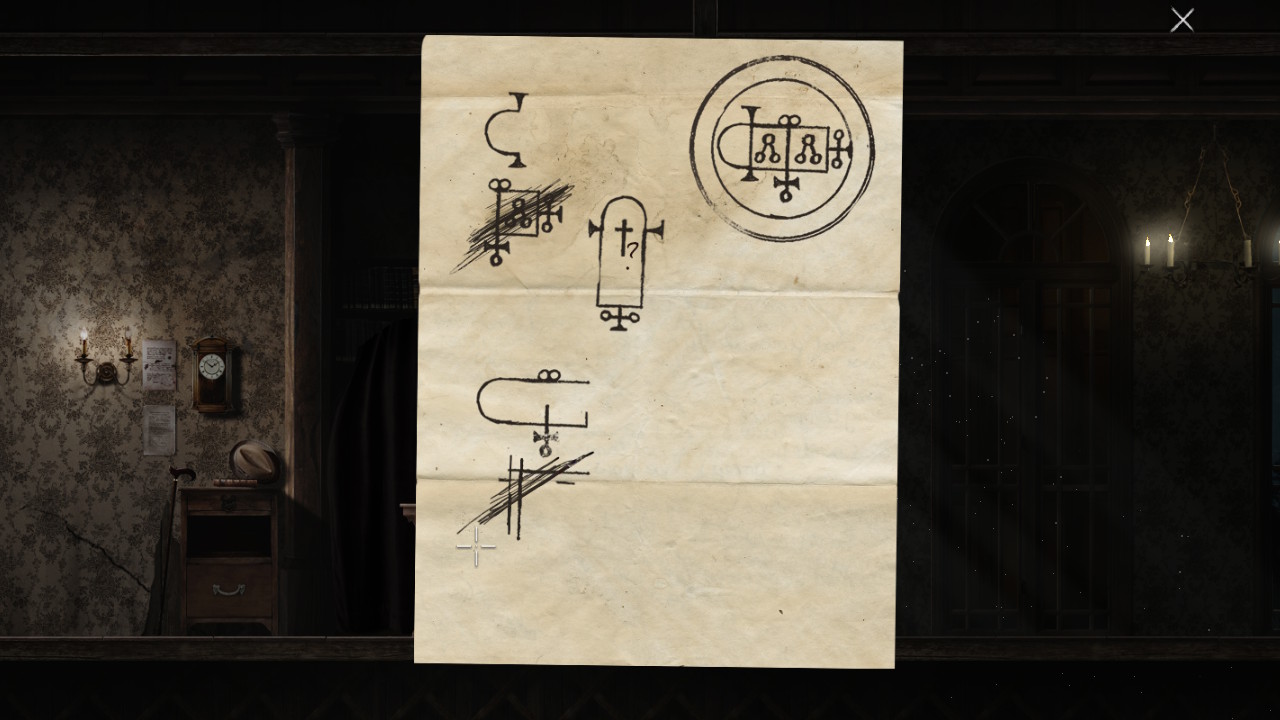 The game is well designed and it’s obvious a lot of time and effort has gone into making it. Abigail’s design, whilst simplistic in her white spherical form, works incredibly well with the surroundings, standing out against the bleak backdrops. However these settings are also immaculately designed, with each are having a different feel and aesthetic, yet all tying together to create the spooky atmosphere of the game. The levels are quite large however, and sometimes require you to go from one end of an area to another, so it is fortunate that the game has a quick travel feature with the map. All the notes you discover are also well designed and written, bringing forward the characters who wrote them with information presented well and sometimes in a sneaky fashion which really calls for you to be paying your full attention.

One criticism I do have about the notes is that they can sometimes feel too small on the Switch’s screen, and I often found myself squinting and putting the screen closer to my face in order to read everything. However, this is resolved if you play the game on a bigger screen. The sound design for the game is also done well, with creepy music playing as you explore and certain sounds, such as opening doors or creaky floor boards, being emphasised to create the atmosphere of horror. I found myself jumping at these noise frequently when playing alone in the dark, sending shivers down my spine. 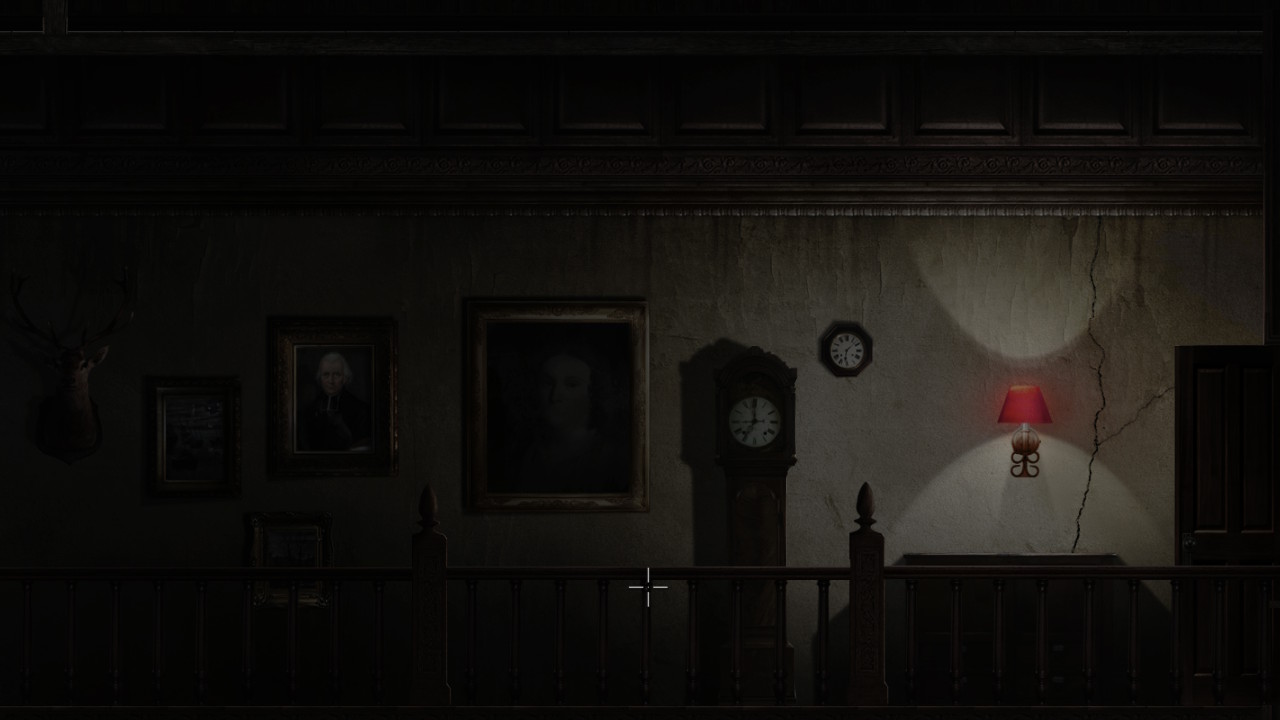 As mentioned before, you can fast travel around the levels with the map, however before you unlock and area you have to visit it first. Abigail handles very floaty, as you would expect of a ghost. Luckily you can speed up using the ZL button, otherwise this would take a long time. As you explore you can press the – button to see what items are intractable in each area, with these items getting a little magnifying glass over them. You can then, depending on the item do one of three things. Firstly you can have Abigail make a comment about the item explaining her thoughts on things such as photographs. Secondly, you can interact with items such as books or photographs to have a closer more detailed look/read. This also adds the item to the codex for later reference. Thirdly you can inhabit certain objects and make them move. This helps you solve puzzles and unlock certain doors. The game also has multiple areas of the house locked until you banish certain demons which gives you incentive to follow the plot. However, there really isn’t any prompts give by the game where to go next or what certain items might do, giving you total authority of how you play the game. This makes the game very immersive as instead of feeling like you are following a mystery, you are instead the one solving it. However this can also lead to some real headaches when you get lost or have no idea where you are supposed to be going next. Personally I came across this situation far too often and had no clue where I was supposed to be going next or what certain things did etc until several hours later of test and trail.

Overall, this game was a joy to play, forcing me to think and drawing me into the gameplay. It could feel like I had only been playing for an hour and three would have passed. I definitely recommend this game to anyone who enjoys a bit of a spook and solving mysteries.