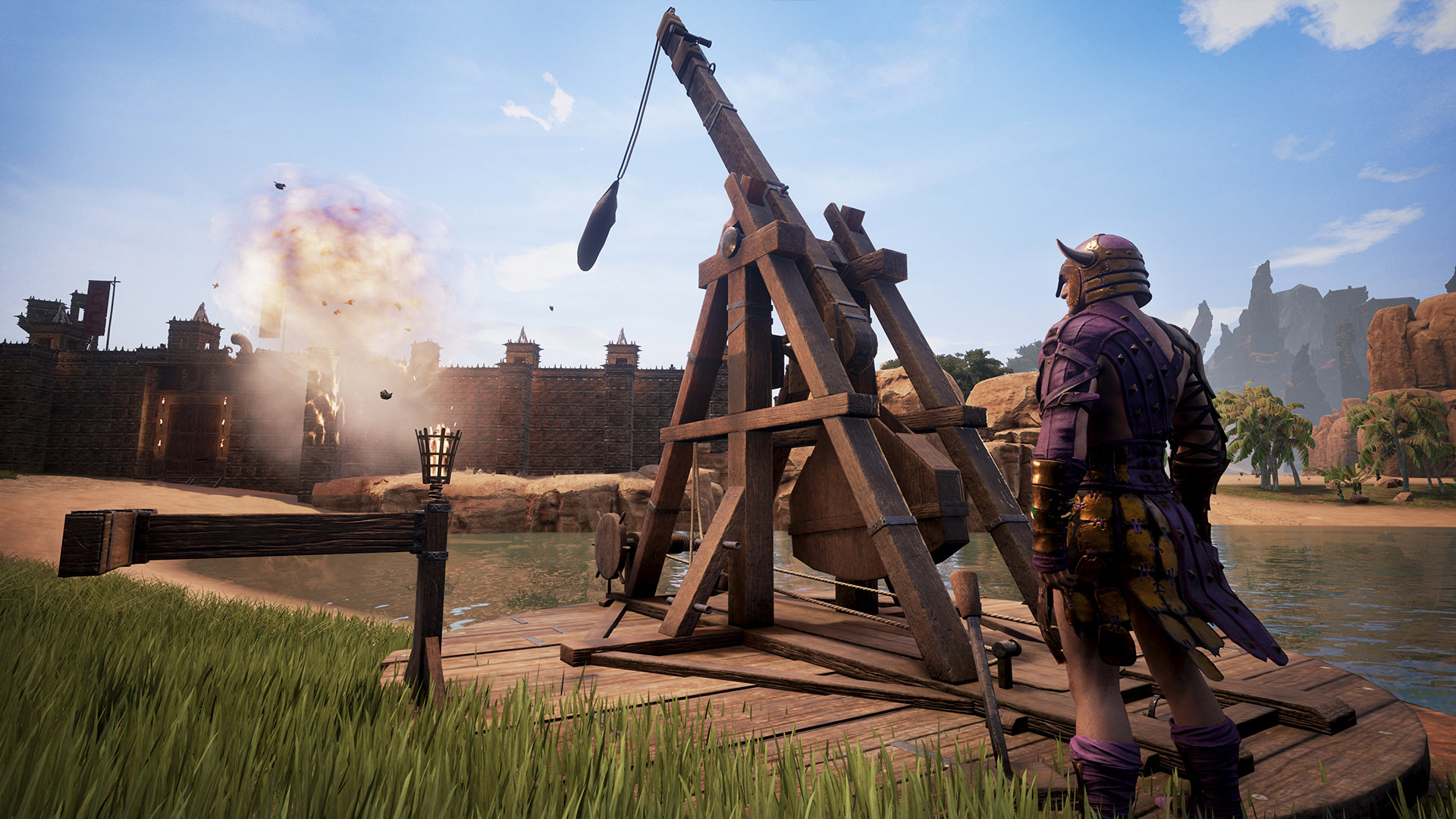 All major publisher are famous, or rather infamous, for jumping onto any and all genres which are in vogue. First we was the first person shooter hype train, then came the third person cover shooter fever – and such has been recently replaced by the seemingly endless wave of Battle Royale games. Some could attribute such behavior to greed, but in truth, all big publishers have decided to invest into all of the above-mentioned genres, just because FPS, TPS, and Battle Royale games are inherently easy to mass produce. They all have a straightforward premise, simplistic mechanics, and self-explanatory gameplay design, and therefore they are an easy target, unlike the titles from the survival genre.

Don’t get me wrong, the aforementioned survival-craft genre had its fare share of excellent, high quality titles such as Kona, and Minecraft. However, both these titles, despite of wildly varying gameplay mechanics have one thing in common, and it is the fact that at their core, they’re both indie products. And while Minecraft has since been acquired by Microsoft, it is still an indie game at its core. And there’s a very good reason for that, as the survival-craft genre and all the elements which come with it, disallow the developers from applying the same methods of slick, conveyor-belt like development to it, and therefore they’re are simply not worth publisher’s time and money. But just because AAA developers do not want to get involved into the aforementioned genre, it doesn’t mean that it is starved of large, AAA like products.

In the past, we’ve seen titles such as ARK: Survival Evolved and The Forest, make ripples within the industry with their size and scope in relation to their core, survival-craft premise. But until the 8th of May 2017, the survival craft genre, was in truth, starved of any truly major titles. But the recent release of Conan Exiles has changed that, as Funcom’s most recent release, if not for the lack of global publishing partner, could be classified as a the very first AAA, survival-craft RPG. As from its very foundation, all the way up to its visuals, it is brimming with an astounding amount of content, and inherent high quality. 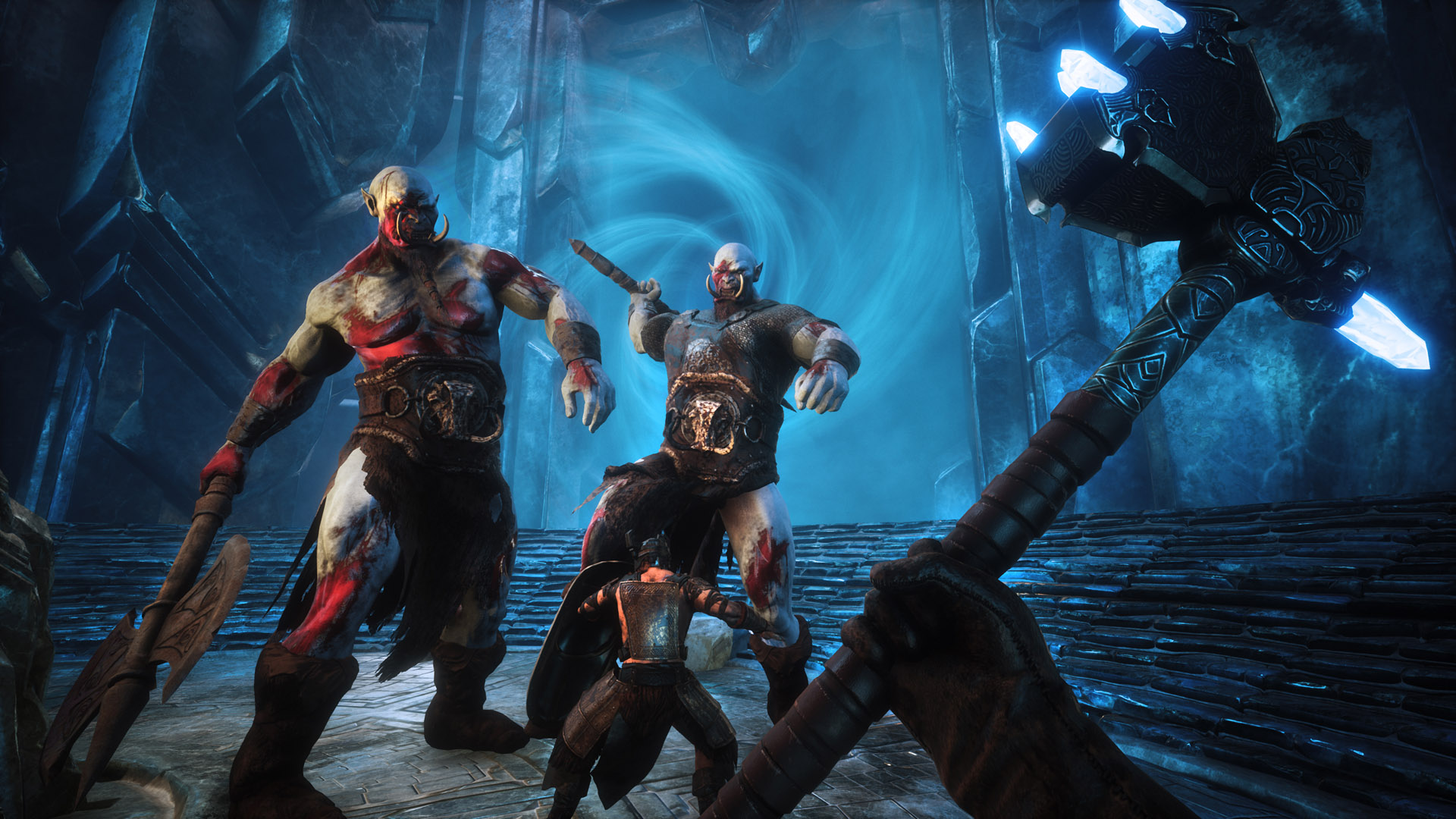 Unlike the vast majority of the titles from the survival-craft genre, Conan Exiles isn’t a simple, janky, multiplayer game where you are thrown into  a bland and nameless world without any concrete direction nor goal. And while it is still possible to simply indulge yourself in the raw survival, which Conan Exiles executes to perfection, I advise any and all players to first go with the co-op/single-player experience first. And while many may be surprised by the fact that anybody could suggest to play a seemingly multiplayer-centric title, alone at first, then it has to be underlined that the underlying story of Conan Exiles, and the step-by-step guide with which it provides the player with, are simply superb, and allow the player to learn everything there is about the world of Conan Exiles from within.

Introduction of a quote-on-quote story mode, while frowned upon by some, ultimately cuts off the need for a middle-man in form of a third-party guide. In-fact, the in-game story, which is divided into dozens of separate achievements such as build a house, or acquire a steel bar, teaches the player not only the singular way in which such goals can be accomplished, but it shows him/her all roads which can be taken in order to reach certain achievements. For example, early in the story, you are instructed to acquire a steel bar. And this seems like a straight forward task, as all you seemingly have to do is find some ore, mine it, refine it, and viola. However, in Conan Exiles, you don’t have to be just a survivor if you don’t want to. And when the aforementioned goal appears on-screen, you are told that the steel bar in question can be acquired in multiple ways – and while they’re not all singled out within the description of the task, they’re not hard to figure out.

The in-game story, may seem like a collection menial tasks at first, but the more time you spend looking for iron, collecting materials, building structures, and exploring previously foreign lands, the more you will come to realize that Conan Exiles is a survival-carft game with an amount of depth which easily rivals all modern AAA RPGs. And it doesn’t matter if you’ll spend ten, twenty, or even hundred hours with this particular title, as you’ll always find something new to do. And the world of Conan Exiles is so incredibly robust, that even the introductory area of the title looks, plays, and feels like a complete world of its own, within which one can spend hours upon hours crafting, surviving, and exploring. but in reality Conan Exiles’ desert biome, where each and every player will start his adventure, is nothing more than a blip on a radar.

Conan’s world as you can see, is incredibly reach in detail, and its scope is truly second to none. But Conan Exiles is a survivor-craft title, and its world is only a part of the story, as in truth, the core appeal and ultimately lifespan of this and any other survivor-craft title lies within its titular mechanics. And while Conan Exiles is rich in seemingly endless amount of crafting and survival options, and upgrades related to such. It doesn’t always play out as well as one would like it to play out. And that’s because the vast majority of the title’s systems, especially on console, feels incredibly heavy-handed and counter intuitive. And even tasks as simple as building, or crafting  can feel like a an absolute chore. 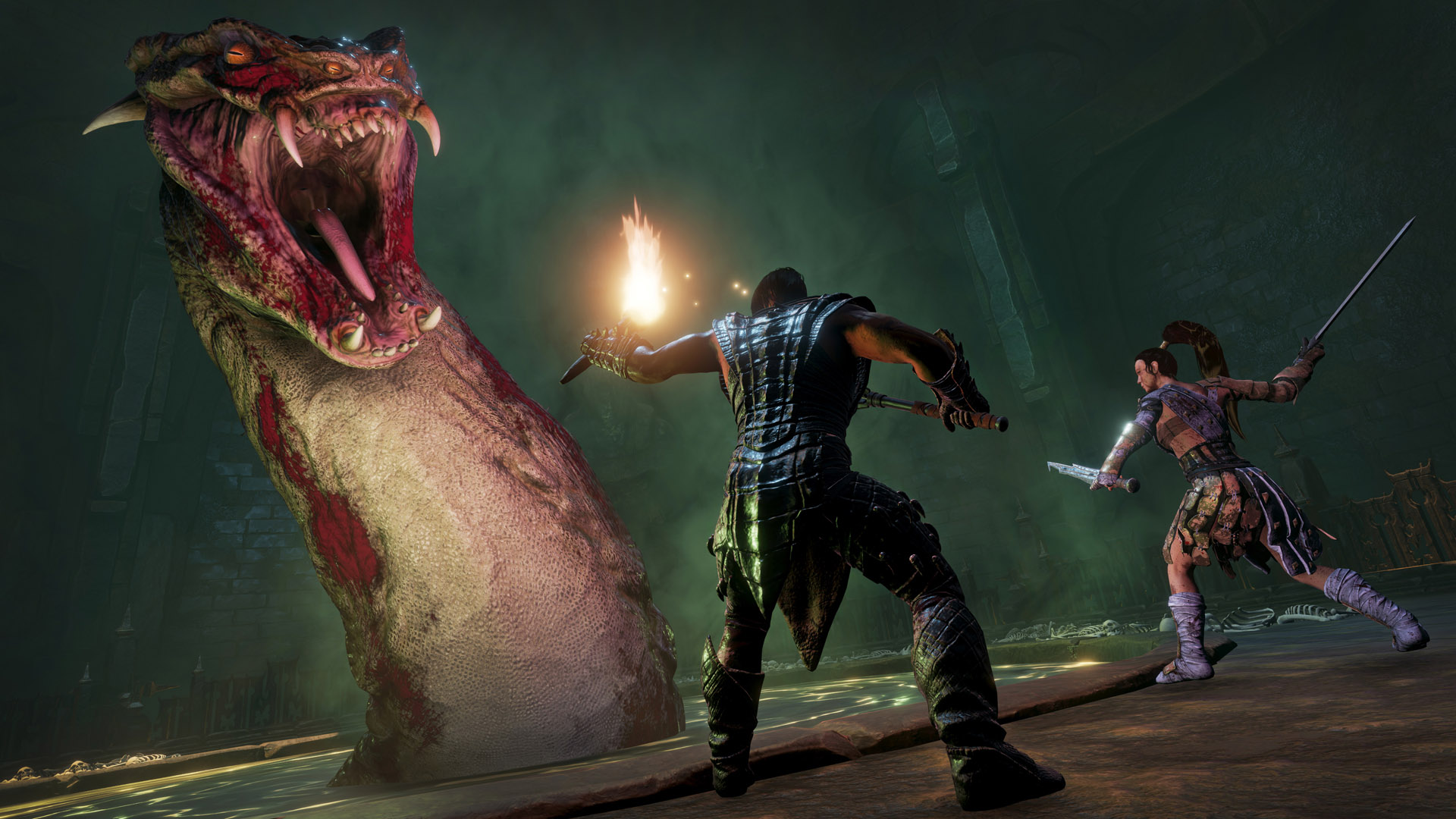 In-game, you have a radial menu which replaces the usual equipment bar. However, this particular menu is not just there for your equipment and weapons, but for all in-game items. And unfortunately, there is no simple drag and drop system in-game, and if you want to move an item from your inventory, to the radial menu, you’ll have to jump through some hoops in order to do so. And while the menu in question is not too disheartening when managing weapons and food, it can be an absolute nightmare when building structures. And in an age where titles such as Minecraft and Fortnite have nailed, and simplified building to a t, such state of affairs is quite frankly disappointing if not inexcusable.

Issues related to quality-of-life, are not limited just to the title’s radial menu, as in-game crafting can be as tiresome and disappointing as inventory management, as for some unknown reason, Funcom, the developer behind the game has decided to cram your equipment and crafting menus into a single screen. And navigation and use of the two is not a seamless as developer probably expected it to be. And if you happen to play this particular title on any screen smaller than 32”, then you are also going to struggle navigating through all your item related menus, as ll the in-game icons are minuscule – to say the least. And sure, text and image size can surely be increased, or even reworked in the future, but as things stand they are as they are, and as you had a chance to learn, they are fairly disappointing.

Just like any survival-craft game, Conan Exiles is bound to undergo a series patches and reworks in the future. And while a re-haul of the inventory screens and management would be more than welcome, then Funcom will most likely concentrate on some of the title’s more glaring issues first. And issues related to choppy frame rate, and latency disparity are likely to be one the top of developer’s list, because as troubling as the menu screens are, they do not affect the overall experience as much as the rather inconsistent frame-rate, and connection issues which stem from what can attributed to poor online optimization. And if I were in position to suggest what should be fixed first, then I would most definitely say that Funcom first and foremost should concentrate on the title’s online latency issues, as such are a cause of other flaws like poor hit detection.

Ultimately, Conan Exiles might just be the best survival-craft title to date. As its depth and overall quality of content are simply astounding. And it is truly as wide and as deep as an ocean, and those who will decide to challenge the world of Conan head on, will lose themselves within it for tens, if not hundreds of hours. But beware, because you might get lost and ultimately drown within its depths, and lose weeks if not months of your life to it. But that being said, this particular ocean is also full of hostile creatures in form of poor optimization, lacking quality of life features, and an underwhelming online component, and those might just be enough to make you keep your distance, at least until the Funcom coast guard takes care of all things, which may eventually put you off Conan Exiles for good.