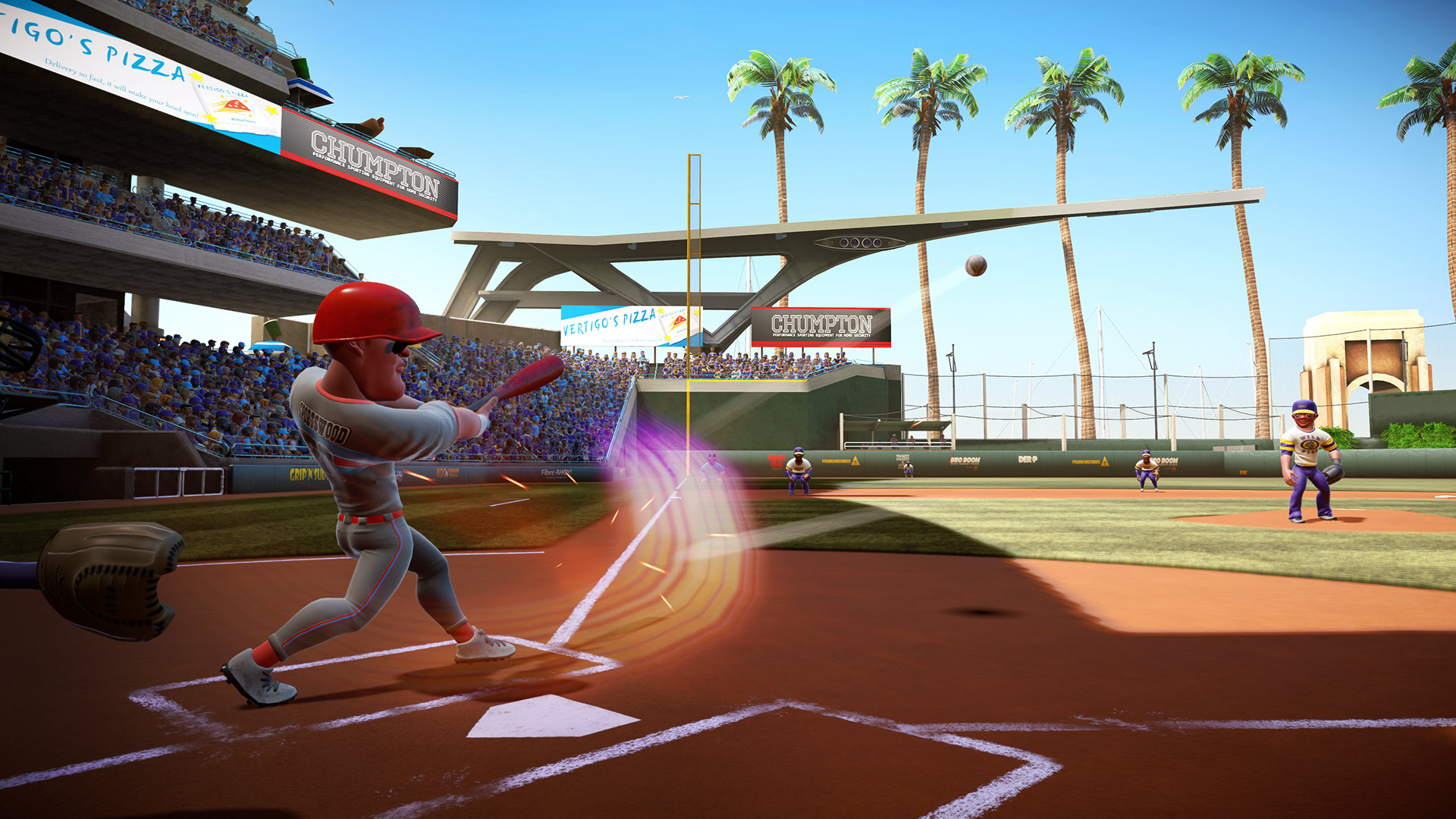 Super Mega Baseball 2 is the highly anticipated sequel of the original smash hit arcade baseball game. As far as sequels go, this one manages to get a home-run straight off the bat just by adding much-needed online play – the question now is whether developer Metal Head Software Inc. has managed to capture the magic of the original.

Since I’m from the UK, baseball has always been an enigma to me. My only experience with anything related to the sport is Wii Sports and a brief encounter with the first Super Mega Baseball. Something that is immediately clear from playing my first match in Super Mega Baseball 2 is how much they wanted this to be a game for everyone. It helps to have the basic rules of baseball down, thankfully they are easy to get to grips with. Outside of that the game does everything it can to teach you as much as you need to know, when you actually need to know it. My first port of call was to go to the tutorials, but the game actually advised me to go straight into playing a match, where it drip feeds you information when necessary. 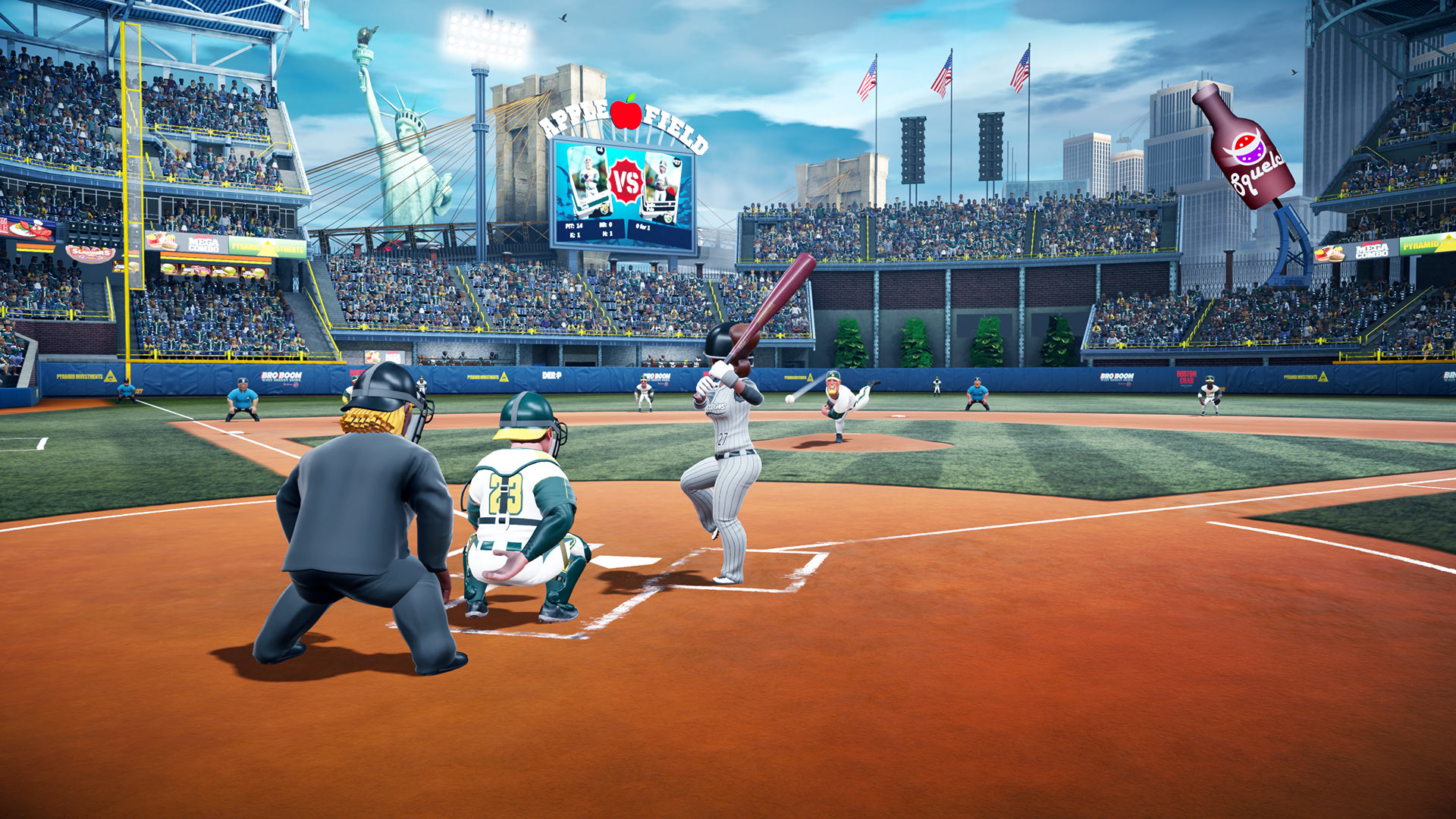 An arcade style is featured predominantly here; as a result the basic controls and gameplay are very easy to get to grips with. One of the key ways is that a lot of the players control themselves. Apart from pitching, throwing the ball between players and batting, the game pretty much plays itself out with fielders moving themselves and batsmen taking bases when appropriate. There are also varying styles of pitching and different ways to strike the ball, but these can be overlooked if you want a more streamlined experience.

Ego is the mechanic that controls difficulty. You can change your ego manually at any time, this will affect the way the computer behaves. If you’re slaughtering the AI with multiple home-runs you’ll get a friendly reminder to up the ego to make it more of a balanced experience. In online matches you can change the ego for both teams independently. This is particularly useful if you have a friend that is much better than you, it works as a handicap to even things out.

The strength of Super Mega Baseball 2 is that it is actually a wolf in sheep’s clothing. It has a very over the top and playful style, with unrealistic models for players and funny team names. However, don’t be fooled, this is actually a very deep, almost simulation level baseball game. Outside of the basics there is a lot that can be customised, down to entire teams. As well as this there are mechanics such as mojo that allows a player to play outside of their skill level, the ability to take deeper control of players, injuries and much more. 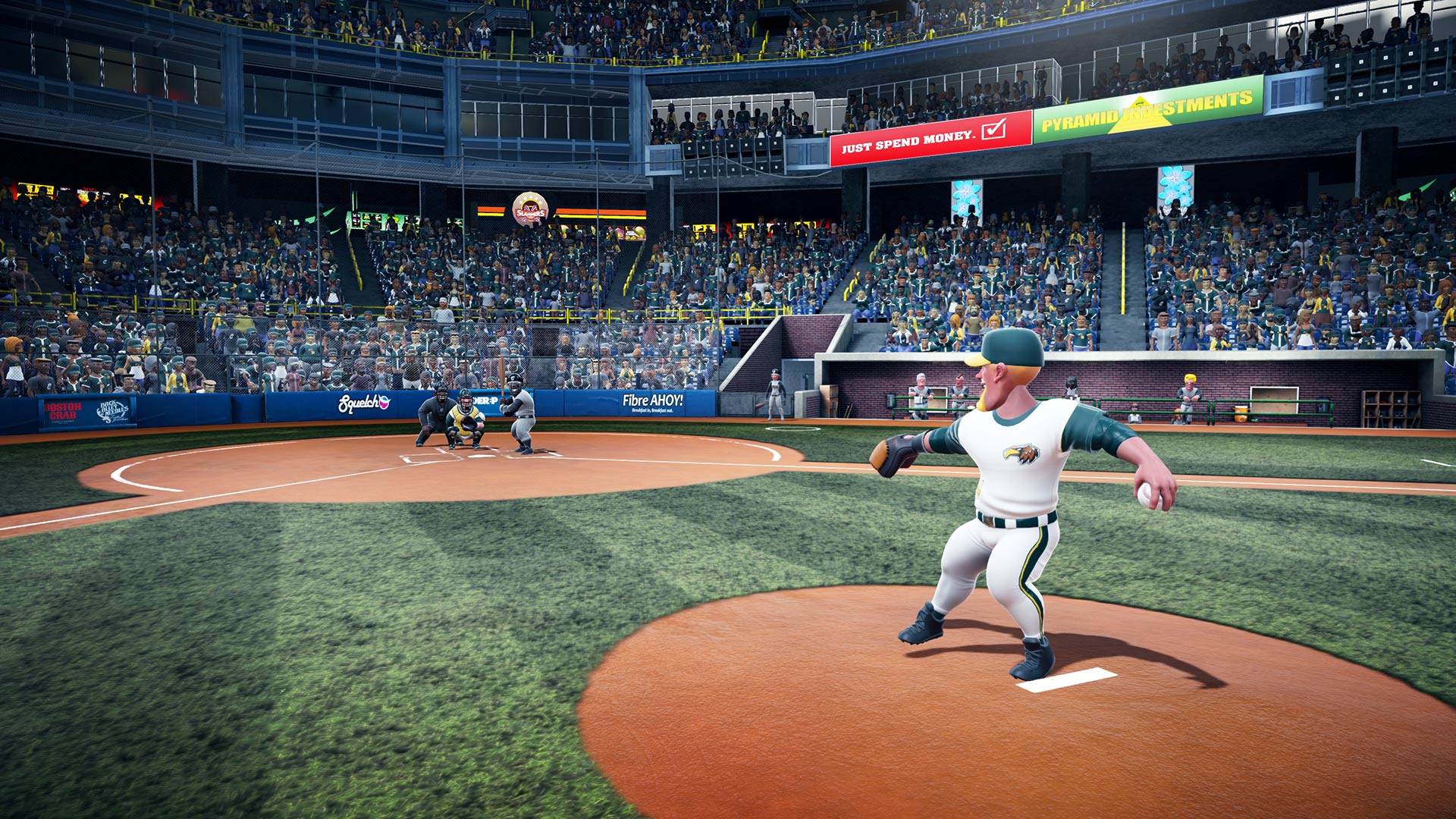 The game features several modes that add some variety: exhibition match, pennant race, elimination and season. Really these just have varying win results such as knockout, and can have different amounts of online players. Exhibition matches are the most versatile for online, allowing you and three other friends to pit two teams against each other.

There’s real skill in making a game that is easy to play but difficult to master, the wide appeal that mantra can provide really is showcased here. Strong presentation and exciting gameplay, regardless of skill level and prior knowledge of the sport, makes Super Mega Baseball 2 a must have for the online play alone.