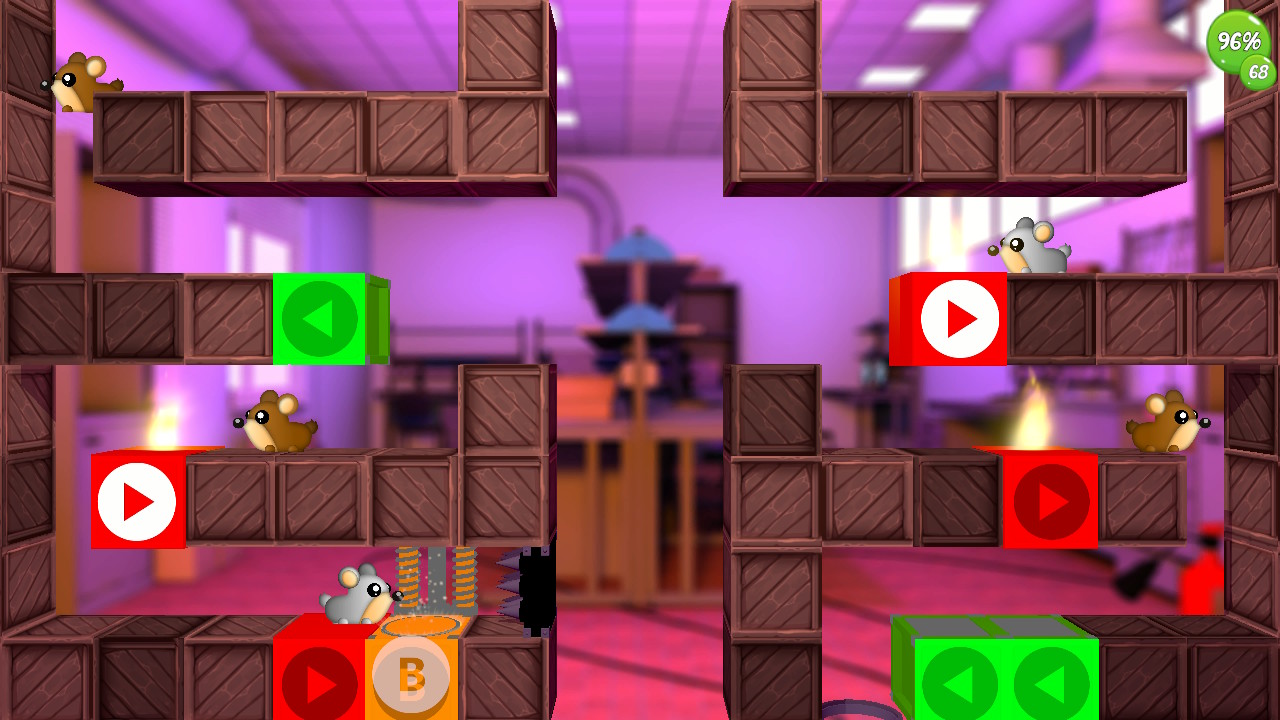 Sometimes we just need a break from the incredibly dark and detailed games that float through the stratosphere. Sure, it’s great to dive into something that’s gonna suck you in and inhabit your every waking thought, but why not have a game where you can play for a bit and then just walk away, like it was just a passing fancy? Not only is there nothing wrong with that, but it’s great to have something to just unplug once in a while. So, while I may not find a ton of replay value at hand for Henry the Hamster Handler, I can’t discount the fact that it has some merit.

You play the titular Henry, or at least I imagine you do: the game has no preamble or setup whatsoever except for a splash screen that simply says “start game.” It’s then up to you to figure out the objective, which is “don’t let the hamsters die.” You are given a set of hamsters who arrive, one at a time Lemmings style, and start walking in a set direction. From there, various traps have been set up with the sole intentions of either assisting your hamsters (teleporters, hamster inflators) or destroying them (spikes, fire, etc). Get a certain number of hamsters to the other side safely and call it a victory. 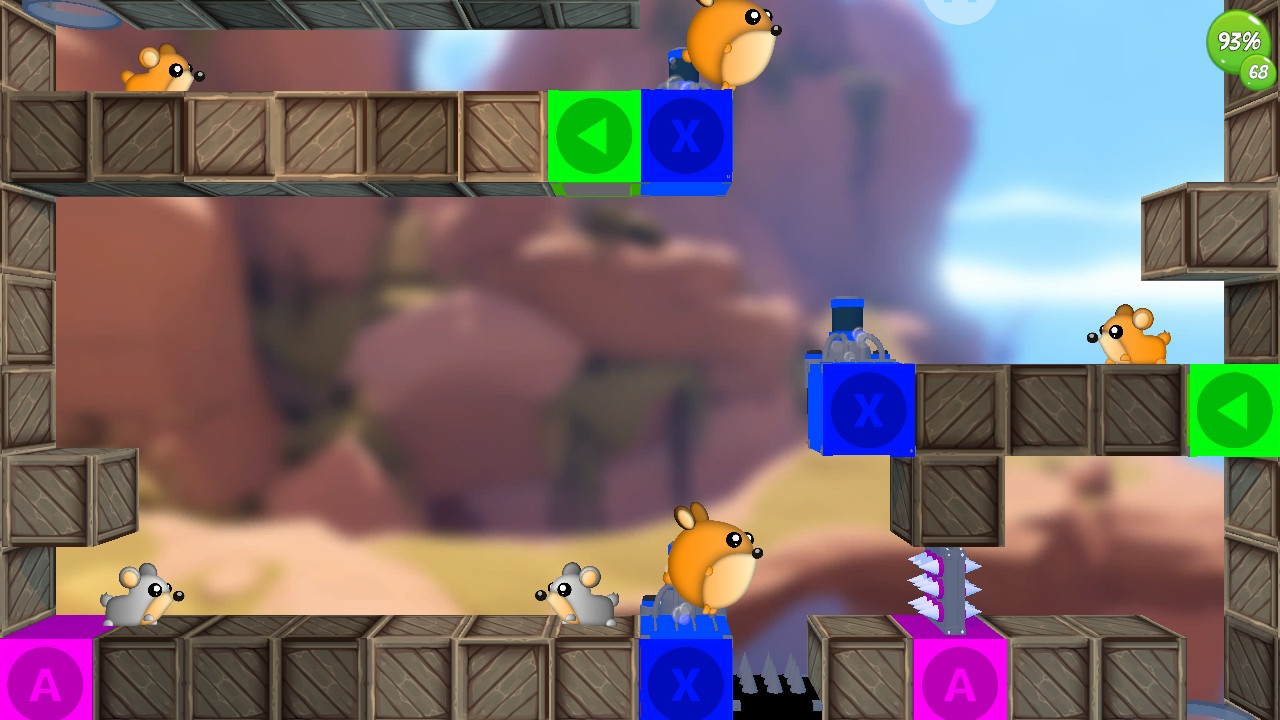 The mechanics of Henry the Hamster Handler are incredibly simplistic, almost to the point of being a bit too easy. You see, each trap is activated by pushing a button or direction at the right time. Line things up, hit the button, hamster lives. And it’s not even like you have to guess about it. A falling shadow of said button will come down every single time a hamster is about to be in position, and, if you activate the trap right when the shadow arrives, the hamster will be all set. This is already pretty easy, but it gets even easier. If you have the sound on, a tiny voice will yell out the button that you should push right when needed. As a result, I tested playing some levels in multiple ways. I turned away from the tv. I closed my eyes and played blind. I even swapped the Joycons to the opposite hands to see how it worked. All of it was still totally playable.

As a technical approach, Henry the Hamster Handler isn’t bad, per se. Even though the early levels can be quite easy, the number of traps and assists that come into the level gets progressively higher and more complex. You end up hammering buttons out incredibly quickly, usually with just a moment to spare, in order to maintain the 100% rating. If you hit the wrong button, you lose a percentage. If a hamster dies, you lose a LARGE percentage. If you manage to get past the first thirty levels or so, it becomes a serious game of concentration where you need to react and work things out as fast as possible. It delivers a decent challenge and, with some small tweaks, this could have been a really great little puzzle game.

Unfortunately, the simplicity of the game is also its downfall. For one, there’s no replay option. Not really, not in the way that most other puzzle games provide. In lieu of letting a player go back and try some of the individual levels that maybe they weren’t able to 100% on, you can just reset your entire save game and start again from the beginning. Does that sound like fun? Hint: it really goddamn isn’t. When you have a game boasting triple digits for levels, why on earth would I want to slog through some of those incredibly easy ones just to go back and try a couple of the more difficult ones? It makes little to no sense. 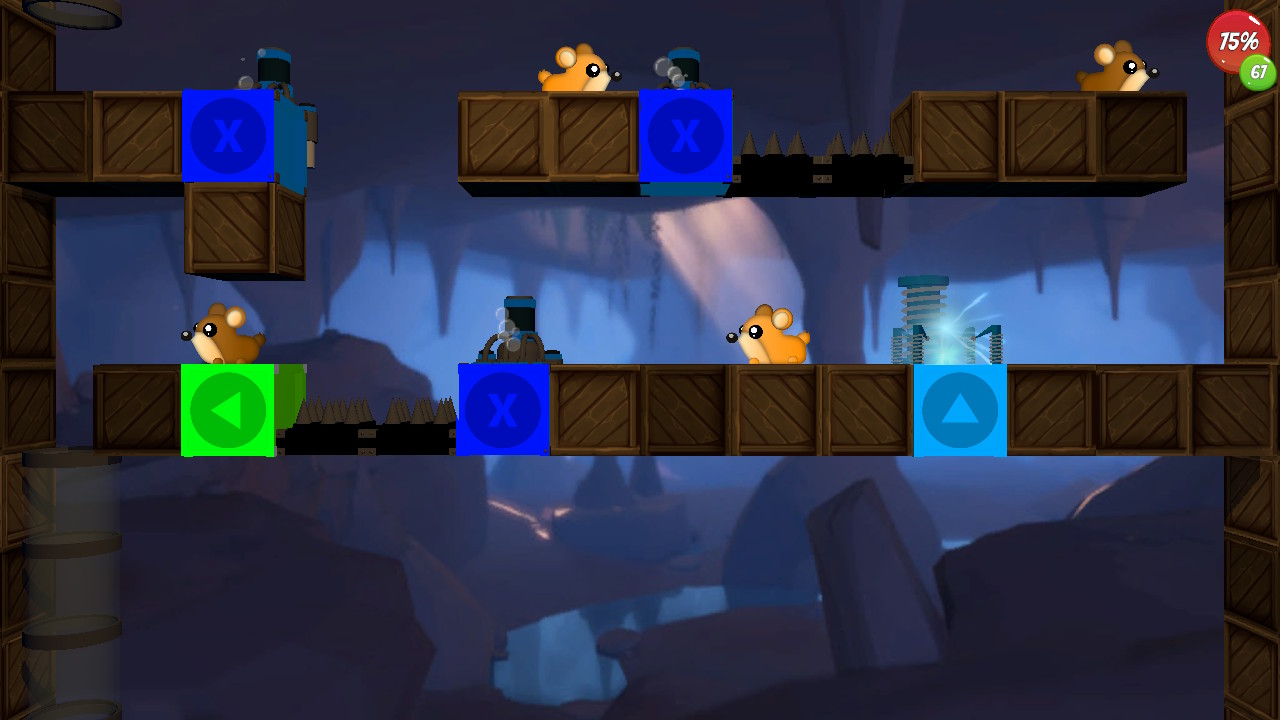 Additionally, I think this could have been a great title for a build your own level approach. The premise is simple enough, and I’m sure players would love to create hair-ripping levels of perfect synchronicity that end in tears if you miss a single button. But that isn’t really a valid complaint, asking for something a game doesn’t have. Still, given the fact that I was just able to make some crazy levels in Animal Super Squad, I think my hopes were a little higher.

In the end, Henry the Hamster Handler feels like a solid idea that got taken out of the oven just a few minutes too early. Most of it is good, but there’s some gooey mess that you’re not sure if you should eat and honestly don’t want to. Pocket Money Games put a lot of thought into bringing their VR title to the Switch, and I wish they had thought just a bit more about it. This game shouldn’t be shunned, but, unless you’re really intrigued by hamster handling, you may want to give this one a quick pass for the time being.