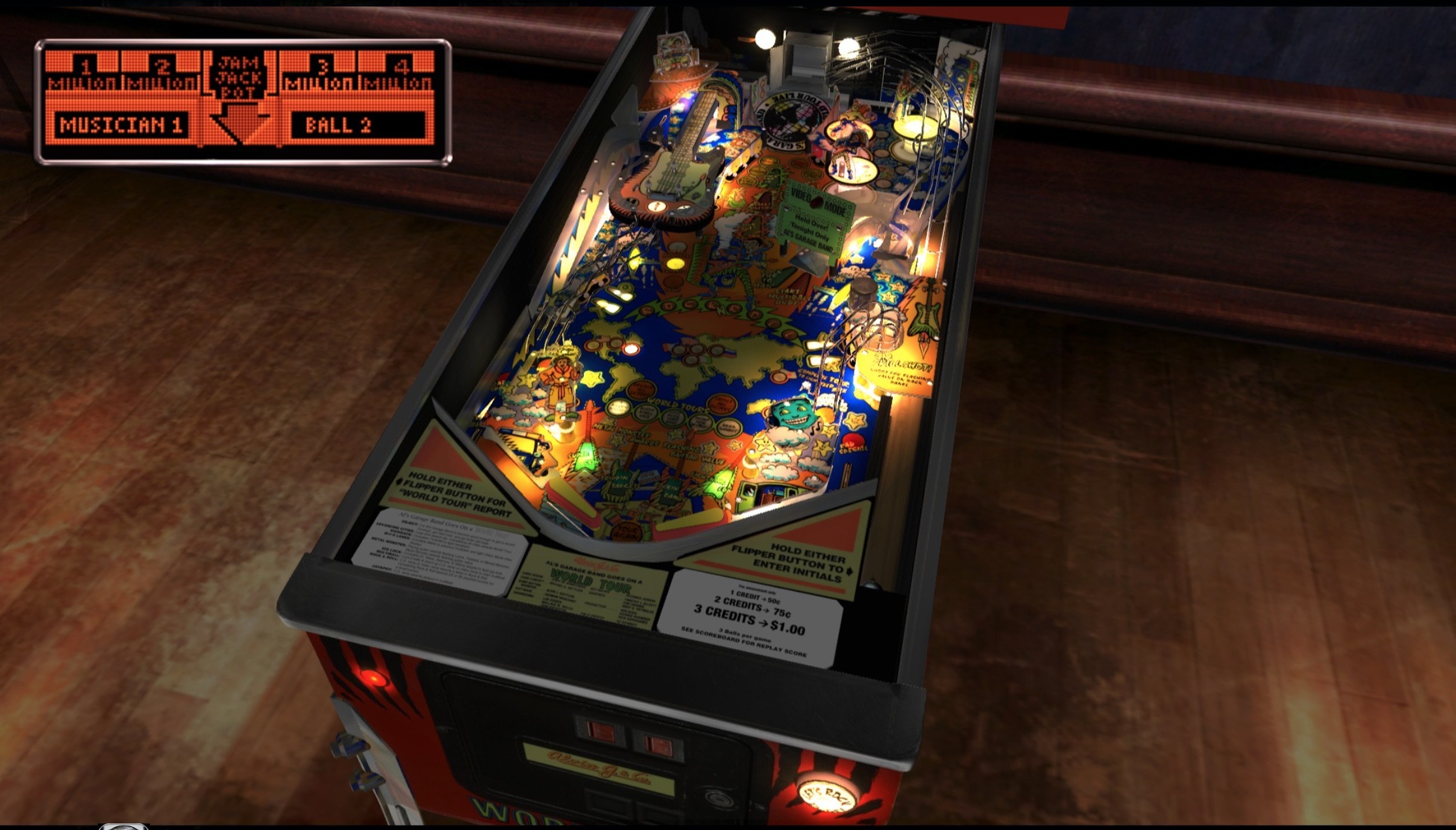 It seems like Pinball Arcade got off to a rough start from the beginning. After losing so many tables to contracts dissolving, the folk at Farsight Studio tried their best to maintain some semblance of dignity moving forward. Even though the Doctor Who table was positively disastrous, I figured giving a couple more tables a shot was in order: one bad experience shouldn’t spoil the whole entity. This time, I took a swing at Alvin G. and Co., a smaller run that only did about three years of table manufacturing. Still, from that, we have two that made it to the Pinball Arcade:  Al’s Garage Band Goes On World Tour and Pistol Poker.

Tables from this era were, for me, the sweet spot in terms of physical pinball tables. A good combination of concept, design and glitz helped to make for eye-catching, engaging and easily repetitive gameplay based on execution. The first table, Al’s Garage Band Goes On World Tour, is a perfect example of this. Al’s band, who I imagine is frontmaned by Alvin G himself, sets off on a musical expedition around the globe, playing in Chicago, Moscow and several other locations depending on how the target missions are set up. This table has a bit of everything: cartoonish graphics that feel like they scream “90s,” a spinning panel right after you go off the ramp, several convenient and inconvenient targets and the strangest music video mini game that I’ve ever seen. Essentially, you need to activate the travel in the upper right hand corner, and then jam out to as many musical bonuses as you can possibly combo together. Metal music bonus, guitar solo, and all of it coming together to make the show rock as hard as you can in whatever city you inhabit. 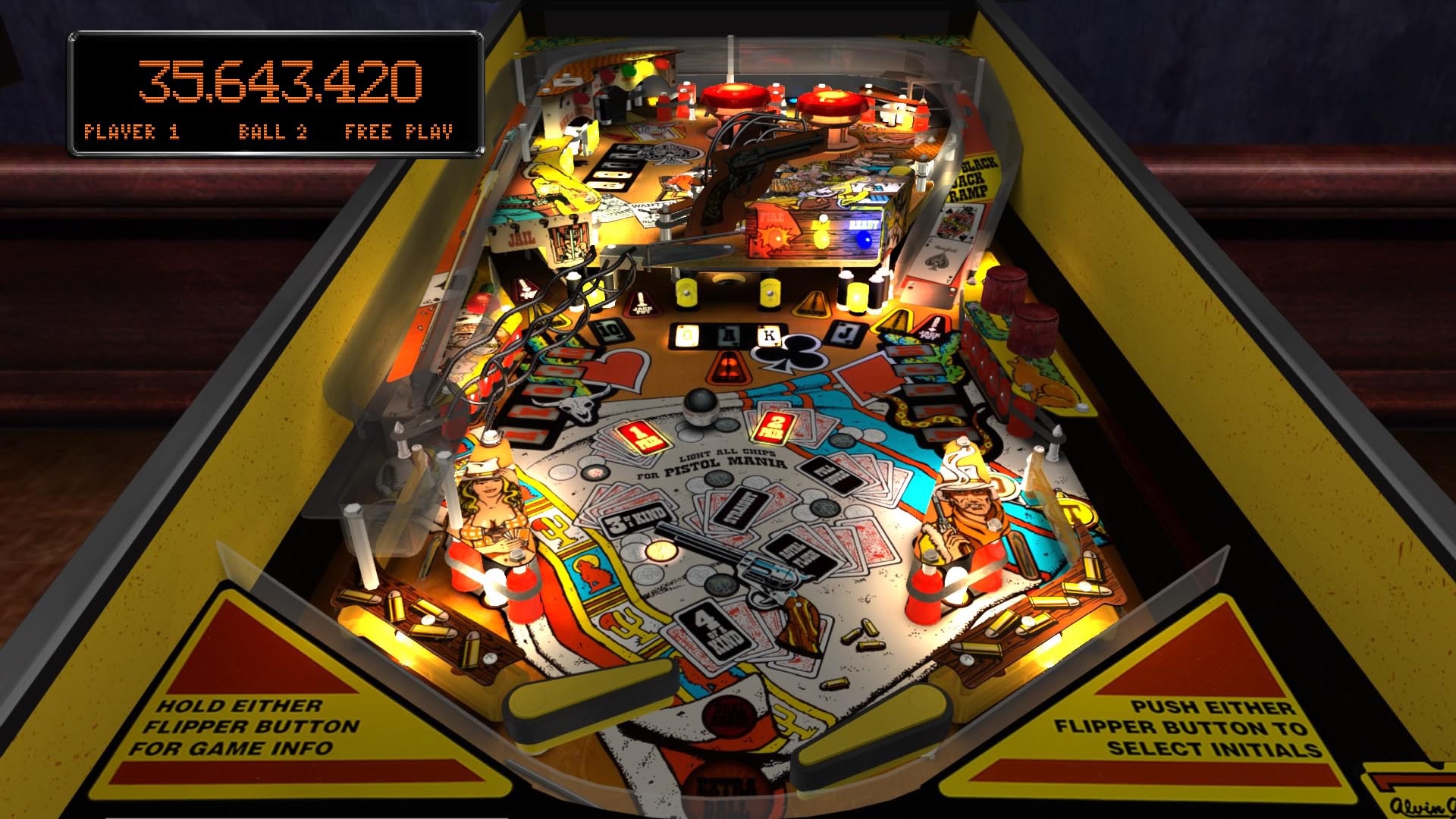 This kind of table is something that really makes me nostalgic for the heyday of pinball, because it captures this sweet spot of trying to match the times while also keeping to the roots. There’s music piped in through the speaker, but it’s still pretty tinny and digitally scratchy due to pristine audio being pretty low on the pecking order. There are occasional voice clips, but none of them really matter other than to remind you that you’re rocking out in your pinball playing. Then there are random gimmicks to try and keep you engaged, like, for example, the spinning panel that you hit right after launching. 9/10 times, all this thing is going to do is slightly throw you off course: even right after launch, you’ll just kind of fall slightly to the side instead of down. It never wildly flings you into the yonder corners, but it’s still fun to see. And the music video music game, where you slam the flippers as fast as possible in a handful of seconds to simulate a drum solo. This is where the digital transfer may have affected the game overall: I don’t think I could have hit the flippers nearly as fast as I slam the ZL and ZR buttons. As a result, having a combo that is worth ten million points with minor effort seems a bit broken. But, in any case, Al’s Garage Band is a damn fun time.

Pistol Poker, surprisingly, also holds up incredibly well. As you might imagine, this table attempts to capture the ideas of the Wild West, specifically how every single card game in a saloon used to end with people getting shot. Here, the gunplay is very superficial, but the division of the table, various slotted ramps and some tucked away multipliers make for a really engaging game. The big showcase comes from the “card game” that gets activated once in a while. Use the flippers to pick a suit, then use the flippers again to make a floating shot fall into the right spots. Get points for hitting your suit, then get even more points if you make a hand. This is something that, again, might be a bit easier now that the flippers aren’t physical, but that’s not a be-all-end-all for this pinball table. 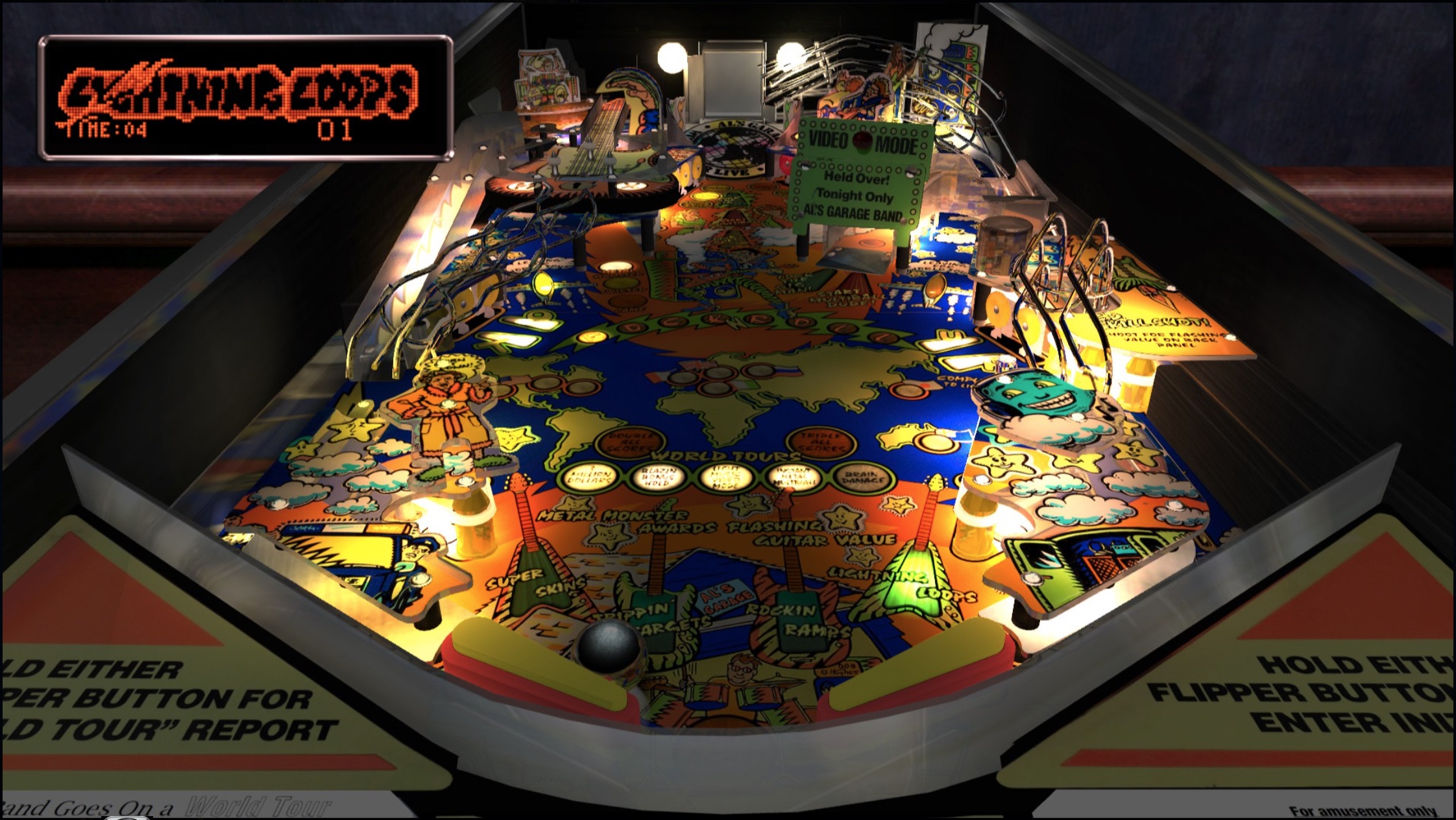 Instead, you get a really, really nice use of a third flipper to keep things going. Rather than completely bisected, the upper table register of Pistol Poker is *mostly* inaccessible from the bottom flippers. The third flipper is there to not keep the action going, but to ensure that the right action happens. Even though Pistol Poker was created when quarters were the lifeblood of the industry, the table is incredibly forgiving for inaccurate shots and misplaced moments. The ball save is substantially longer than most games of the era, and the elastic quality of the flippers keep from being too tight (hard recoil for bad shots) or too loose (bad arcs for poor shots). Even though the gritty voice of a cowboy keeps growling at you through the staticy speaker, you have a great sensation of calm and enjoyment during this game. Even as the last ball dies, you want to keep playing because this is a well made, engrossing setup.

Pinball may not be as widespread as it once was, and it’s easy to see why. Video games continue to evolve and become a more vivid experience, and even digital pinball creates new and interesting avenues when it takes the time. But there is still a lot to be remembered and learned from the classics, and I’m glad that Pinball Arcade took the time to find out some of these great tables. It’s a shame the overall software might not see the same catalog as others, but, at least for Alvin G. and Co, these two will be digitally preserved for future Pinball Wizards.