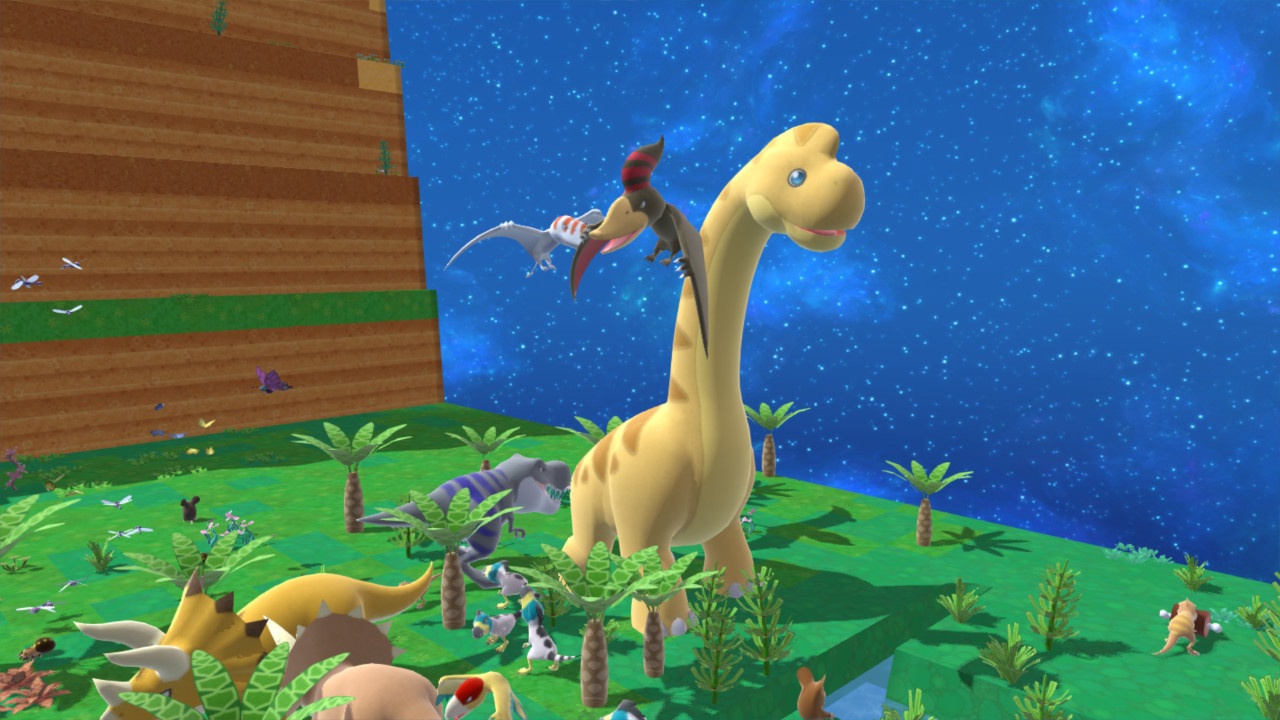 Birthdays are often celebrated to rejoice in the turning of age or as a celebration of life itself. As is Happy Birthdays, a new god-game that has borne its life-giving fruits onto the Nintendo Switch. Developed by Arc System Works and Toybox Inc with publishing through NIS America, this title is a remake of the game Birthdays the Beginning, which appeared on the PC and Playstation 4. However, this new version boasts an updated UI, an improvement on various gameplay elements and a whole host of new characters.

Designed by the creator of Harvest Moon, Yasuhiro Wada, this sandbox adventure tasks you with creating ecosystems in which to flourish life. By creating landscapes and manipulating their development, you give rise to the birth of the dinosaurs and guide them through evolution until the species of Homosapien, or human beings, evolve. This is achieved through adjusting various factors within the landscapes to promote a suitable setting for the various life-forms to thrive in by stabilizing an ambience to encourage growth.

Instead of being tasked with creating life on a global scale, you are instead presented with a series of environmental landscapes that range from lush greenery to snow filled tundras. These sections of habitat are based on a grid-like square which is viewed from 3D isometric perspective. Comprised of a series of blocks, each landscape has a very Minecraft feel to it, although don’t be fooled by its aesthetical look, as this game plays nothing like Mojang’s title. It’s a very cutesy presentation and one that will appeal to younger audiences. However, despite its child-like charms, this is a game that contains a number of mechanics that produces a simulation of such complexity then even God himself would struggle to form any sort of life. 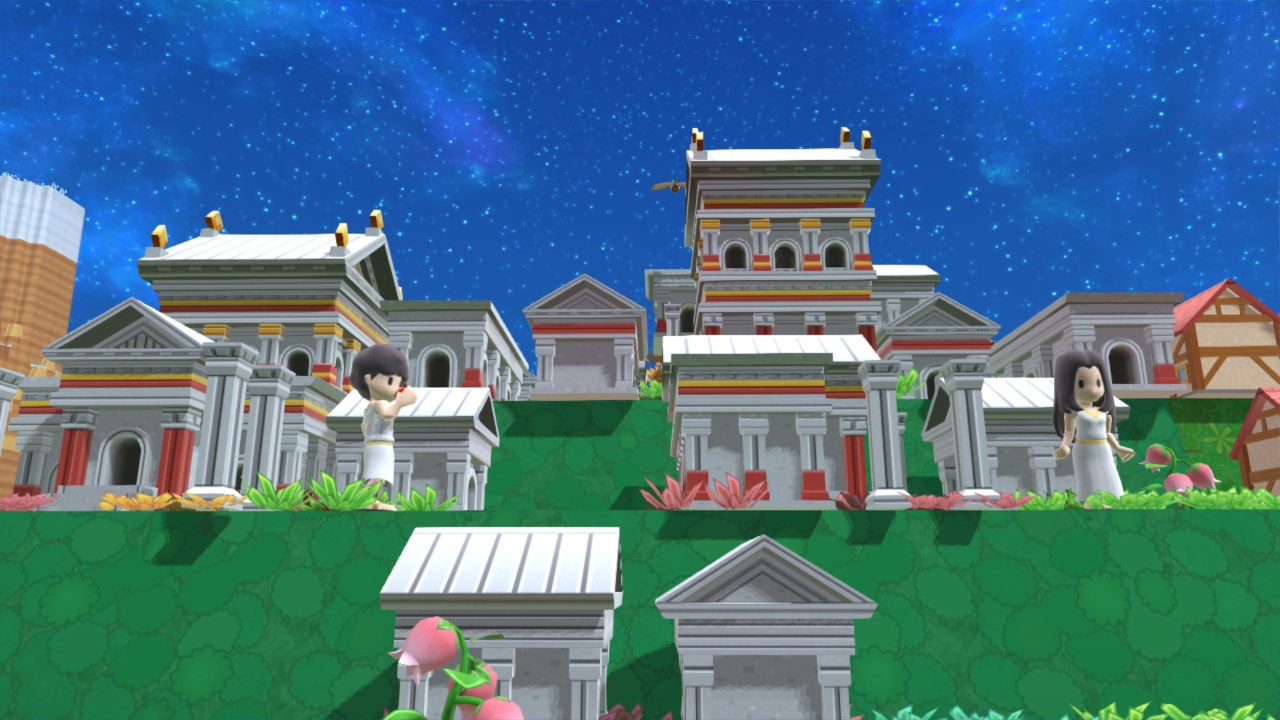 The game begins with a tutorial that gives a brief outline of the mechanics needed with which to form life. However, despite its best intentions, it just felt it was a little too brief and simplistic by the time I was left to my own devices. However, its basic premise involves flying over a grid and raising/lowering segments of the landscape to create mountainous regions, deep valleys and vast oceans. Manipulating the landscape in this manner produces diverse effects on the environment with a land mass below sea level causing the overall temperature of your region to rise and large mountains causing the ambient temperatures to drop.

It’s a simple mechanic and one that is fun to utilise; especially when you need to factor in other elements such as degrees of elevation, temperature fluctuations, moisture levels and water types. Whatever level of ambience you create determines which form of life will be created, or rendered extinct. In the game’s main mode of play, you are given a certain task to fulfil or life to evolve, as well as a set number of parameters with which you must try to emulate within your environmental square. Once you have achieved a form of equilibrium, you can sit back and watch the evolution of life transform before you.

This whole process of birth and, death even, is really interesting to witness as new life forms integrate with each other or hunt each other down. This can become an important factor in trying to develop the life-form that you are tasked to bringing into the world. It eventually leads to a complex web of various life-cycles as you strive to achieve harmony within the landscapes you control. With each new life that springs into action, you can capture its information that records into an encyclopaedia of sorts; offering you a record of life cycles that have been born or have long demised. 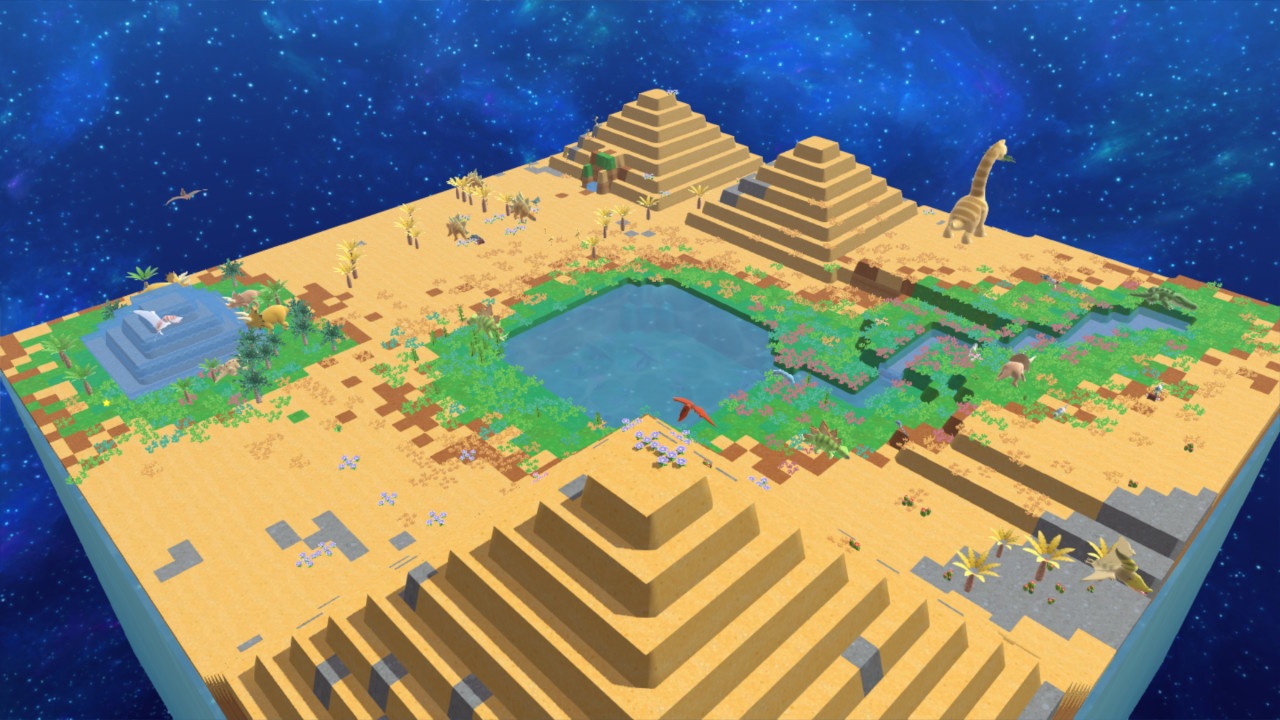 Each of the life-forms that you are tasked in creating acts as a stepping stone in evolution towards your final goal of inhabiting your land with human beings. You get to see the rise and fall of dinosaurs and, as your land evolves, witness new forms of life that eventually evolve into human form. It acts as a good educational package into the process of life itself. That is if you manage to grasp the fundamental mechanics of the game with some puzzling elements that lack any information towards what you need to achieve.

It’s in this respect that Happy Birthdays fails to set a standing for what audience it is intended for. Although it looks attractive for younger audiences, understanding how the game works could become too complicated for them to grasp; I’ve been playing video games since the late seventies and, yet even I failed to grasp some of the elements of this game. It soon becomes a huge frustration within the gameplay as you’re constantly left guessing as to why your formula for life isn’t taking hold. There’s no detailing on why things are happening, or failing to evolve. Is the temperature not right? Is the water content too high or too low? Have you evolved a correct food source or is your habitat, in general, satisfactory for survival? They’re all questions that will arise during gameplay, but their answers are nigh-on impossible to ascertain.

Other areas where the game fails to immerse the player is its fiddly execution of navigation; whether it be traversing the landscapes or manoeuvring around its interfaces. It’s all too easy to make a mistake in developing the land or utilising a technique or component to create a new feature. Again, this adds an element of frustration which makes the overall gameplay less than satisfactory. There’s nothing here that’s game-breaking though, it’s just some of the mechanics in its execution can be just a little too frustrating at times. However, saying that, this is a game that does achieve what it sets out to do. If you’re looking for a god-like game with a certain degree of complexity, then this is a title that will satisfy. Watching the evolution of life can be fascinating and fun to watch and achieving your goals is immensely satisfying. If you’re can see past its frustrations, then there is a great game lying in wait for you. However, if this really isn’t your cup of tea, then this will most certainly be a birthday that is far from happy.