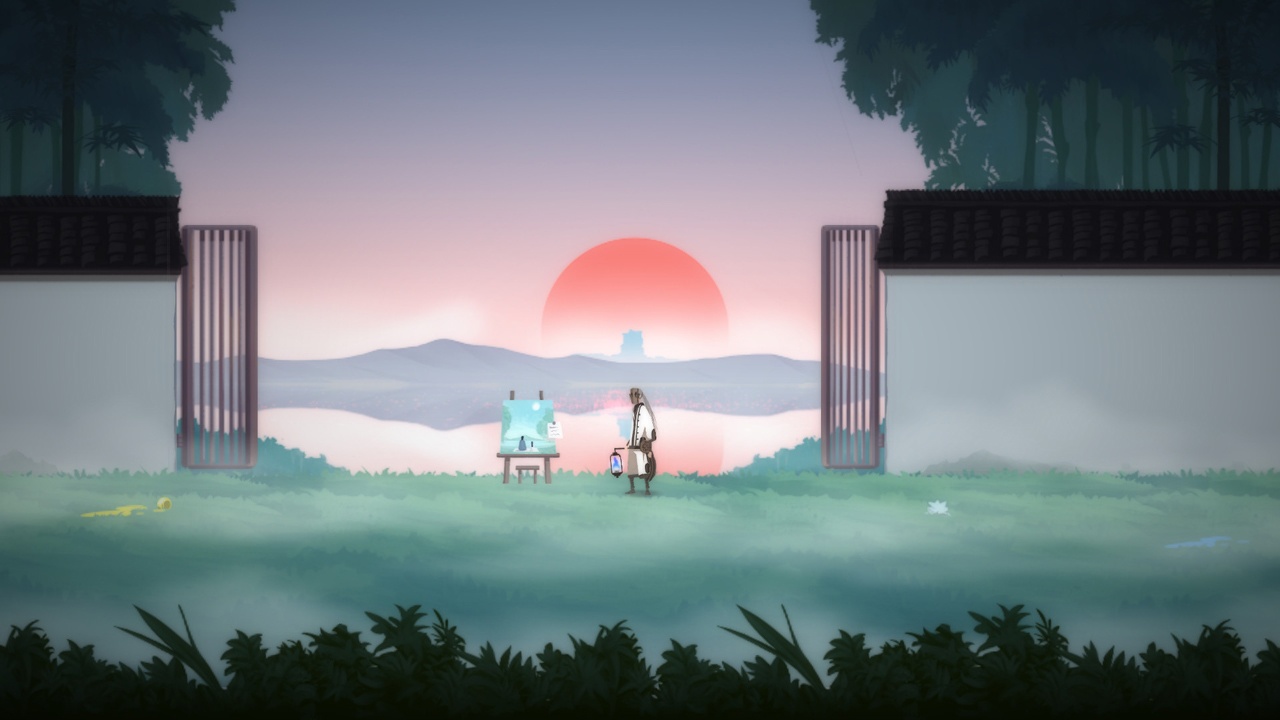 When it comes to differences between AAA and indie games, the first thing two things which come to mind are scope and budget. And many could argue that besides those two points, titles of corporate and indie origin, are not so different after all. But at the end of the day, there is on disparity which many usually fail to notice, and it is not about the titles themselves, but the developers behind them.

Major publishers detest whenever somebody compares their title to an already existing, or an upcoming game. However, indie developers on the other hands, and a wide variety of lower-league publishers loves to brag how similar their product is to another, successful indie title. And Coconut Island Studio, and Coconut Island Games, the force behind the recently released Shio, love to underline how their platformer is just like the now cult classic Super Meat Boy.

At their core, both Shio and Super Meat Boy, are platformers. But besides from core left to right movement, they do not share any more similarities. In fact, Shio couldn’t have been any more different if it tried. And sure, its core appeal is situated within its difficulty and speed running elements, but when it comes to its platforming features, then it has to be said that those are truly unique for both the indie-space, and the genre itself. 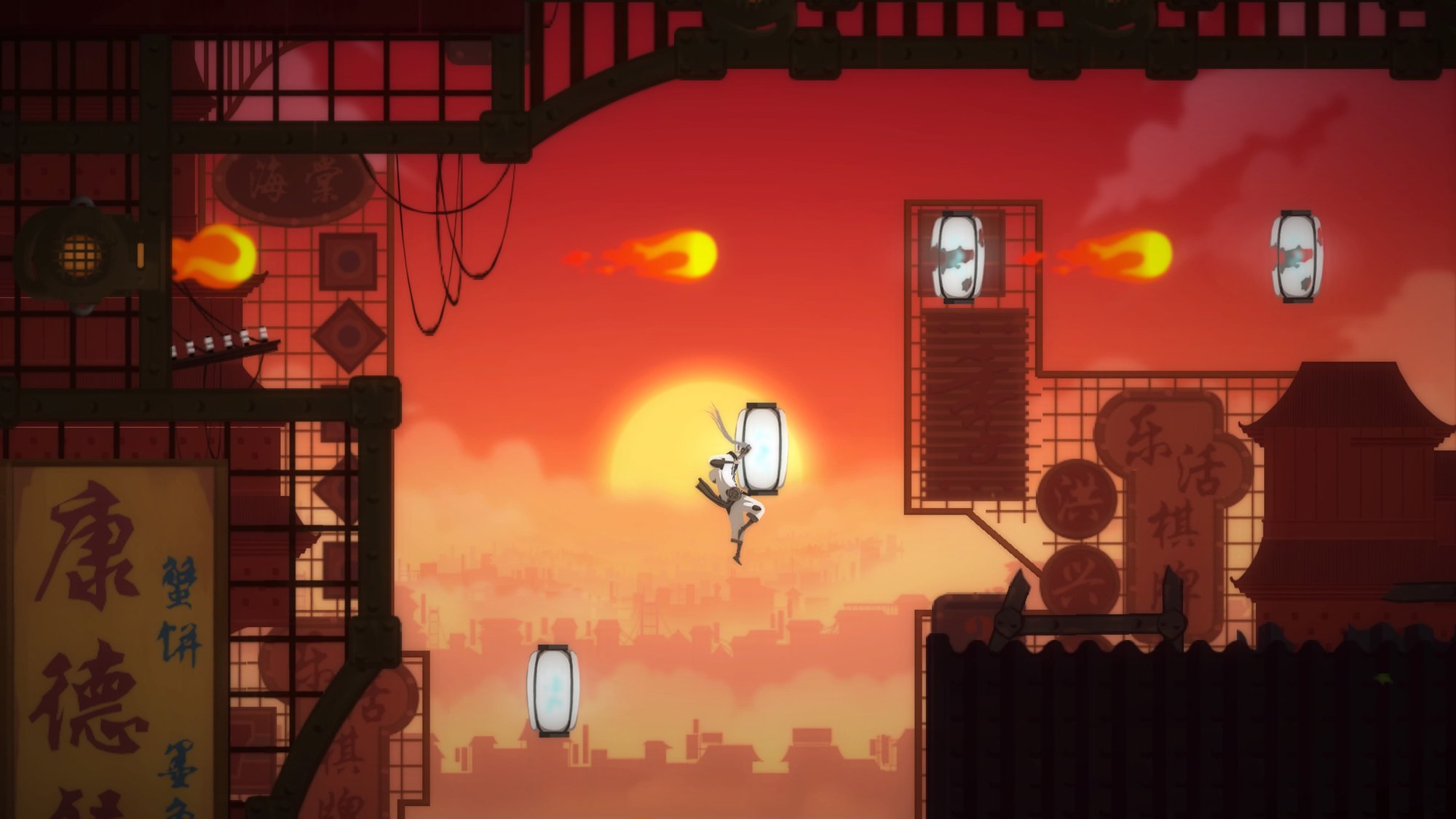 Most platformers as the name suggests, are all about the in-game platforms, whereas Shio, is all about the empty space in between them. And that’s because Shio’s main mechanic revolves around you moving from one lantern to another, without touching the ground, or any traps. And while initially Shio does feel incredibly easy, it does pick the difficulty up in no time, and about half way through chapter one, it shows its true colours.

In-game, you move from left to right using the left analogue stick, and jump using X – but if you press X once again, while mid-air, you’ll carry out an action which activates the aforementioned lanterns, and once you do so, you get propelled into your chosen direction. Initially, you are only tasked with small and rather insignificant tasks, but with time, you’ll be dashing between dozens of lanterns, while triggering switches, avoiding buzz-saws, and other deadly contraption. And while most games of this ilk rely on safe and calculated approach – which can be quite boring at times, then Shio expects you to flawlessly chain moves, which in turns allows you to make fluid, poetic like progress through the levels.

Shio’s core platforming mechanics feel incredibly satisfying and empowering, and whenever you complete a demanding or even downright difficult level, you feel like you have just scaled the highest mountain. And this euphoric feeling ultimately turns Shio into an incredibly entertaining, and most importantly satisfying title. Which despite of its difficulty never feels unfair. And unlike the aforementioned Super Meat Boy, Shio will never drive you into a depressive state due to poorly designed levels, or cumbersome gameplay elements – and that’s because it is completely free of those.

Gameplay wise, Shio is an incredibly thrilling and exciting experience. However, its story on the other hand, tells a completely different tale. A tale which has an incredibly personal feel to it, and one which may strike close to home for certain individuals. And while you could argue that Shio’s core plot can be incredibly moving, and even emotional at times, then it has to be underlined that due to the text-only presentation of the narrative, many will unfortunately completely miss out on what Shio has to offer – at least narrative wise. 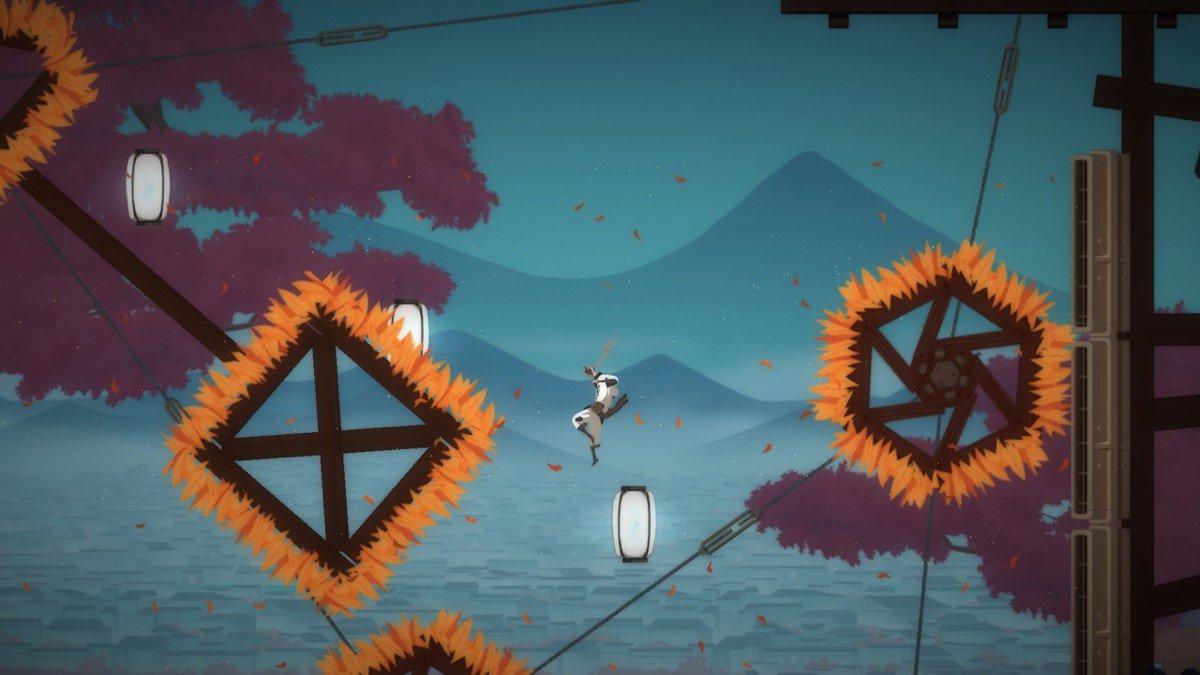 Once one gets into the swing of things, he/she will feel like he/she is on top of the world/ However, the longer you play, the more you come to realise that the synergy between Shio’s gameplay and narrative is simply not there, and that ultimately it feels like a game that was made by two different teams, if not two different studios. On one hand, you have moving story which requires time and patience, and one the other, you have turbo charged gameplay which forces you to move as fast as it is humanly possible through the application of time-based level design. And at the end of the day, those don’t work at all when put together into a one cohesive unit.

When approaching Shio, you’ll have to make an unfortunate choice. And it will basically boil down to what you prefer in a game, explosive and entertaining combat, or deep and emotional story. And as much as you may try to experience both at the same time, you will ultimately fail. Because as you come across ever more difficult levels, which require more of your attention, and at that point, you will have to abandon one or the other. And judging by the fact that Shio advertises itself as the next Super Meat Boy, most will purchase it for its gameplay aspects, and unfortunately, the vast majority of players will completely ignore the title’s narrative.

To conclude, all that has to be said about Shio is that it is incredibly successful platfromer, as it as thrilling and satisfying as the above-mentioned Super Meat Boy, yet it manages to eradicate all of the latter title’s flaws. And ultimately, it can be said with no prejudice towards other titles of the genre, that Shio might just be one of the best platformers out there. However, its obsession with its narrative, which at times forcefully slows down gameplay to a complete crawl, can do a lot of damage to one’s perception of the title. And the fact that its narrative is not fully realized, using voice acting and animated cutsecenes, only further damages the flow of the experience. But if you are willing to forgive it the ever occurring stills, and text-based conversations, for the sake of some superb gameplay, then Shio is a game for you.

Shio is an exceptional platfromer, which despite of its excellent gameplay relies to heavily on its misplaced narrative.