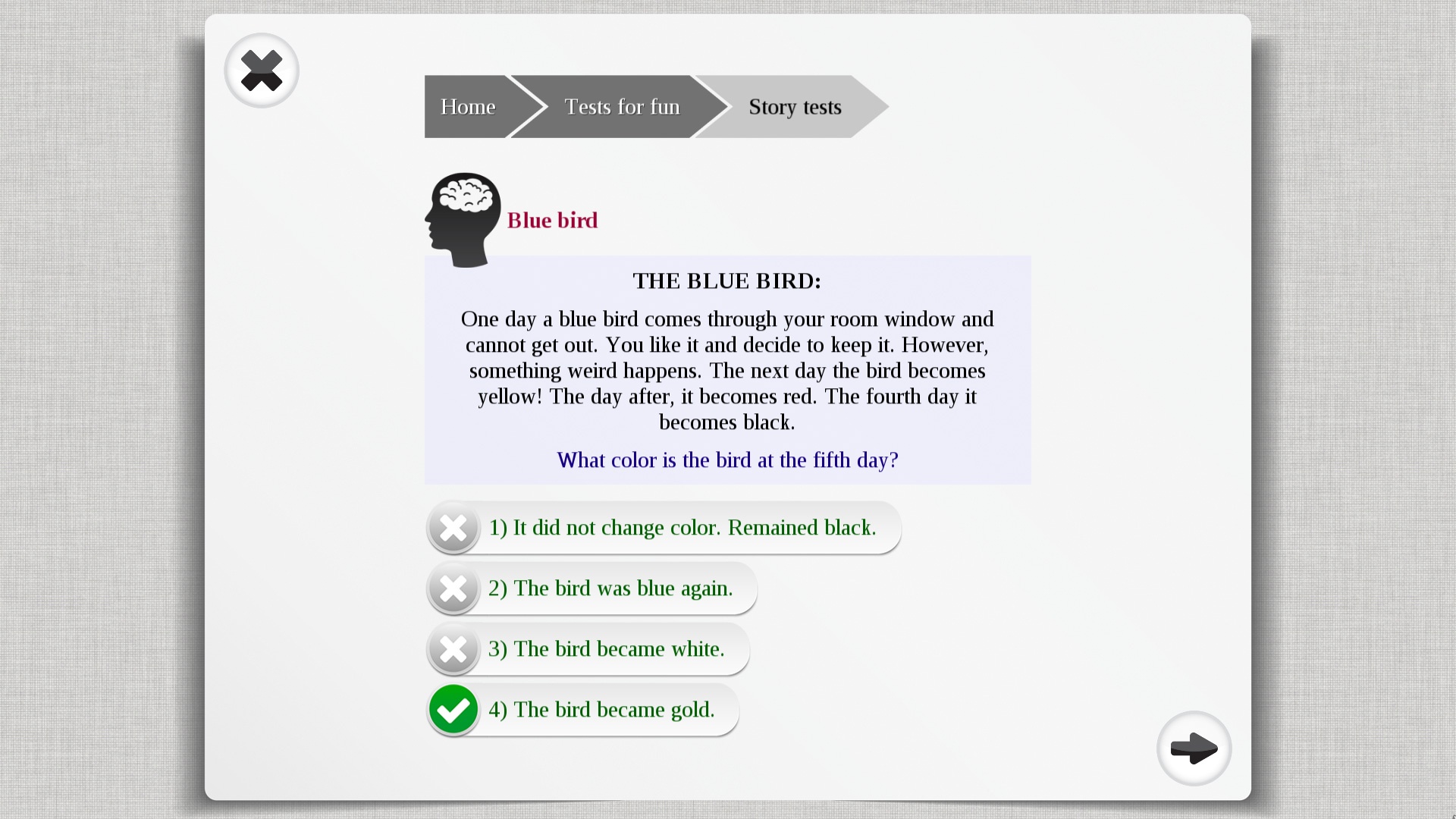 in recent months, I was incredibly harsh towards the indie cash-grabs, which have been flooding all modern digital storefronts. And for the most part, I simply couldn’t comprehend why Sony, Microsoft, or even Valve would ever want titles such as Honor and Duty: Arcade Edition to be on their platform. But with time, I have realised that none of it really matters as by being available for purchase, such titles do not ultimately harm anyone, and in the end, you are the one who decides what you want to play. But even if one completely removes personal bias from his/her approach towards such titles completely, he/she will still struggle the existence of some titles, such as the rather pathetic Personality and Psychology Premium.

Personality and Psychology Premium, as you might have already guessed, is not a game, but an app which allows you to fill-out a plethora of questionnaires and quizzes regarding both your personality, and mental state. And if you ever wanted to find out if you are a capitalist, or a racist perhaps, then this ”app” is definitely for you. And while the title at hand does posses dozens of different sections regarding your mentality, then it has to be said that it is worse than anything that you can find online – free of charge.

All in-app questions regarding the subjects are surprisingly blunt, poorly written, and last but certainly not least, full of grammatical and spelling errors. And no, I’m not talking here about missing apostrophes or one too many letters within a word. Somehow, someway the developers behind this ”app” have managed to misspell the word ‘all’ by writing it as ‘al’, and on numerous occasions, they have written ‘thing’ instead of ‘think’. And considering that this title is solely composed of text-based interactions, such state of affairs is simply inexcusable. 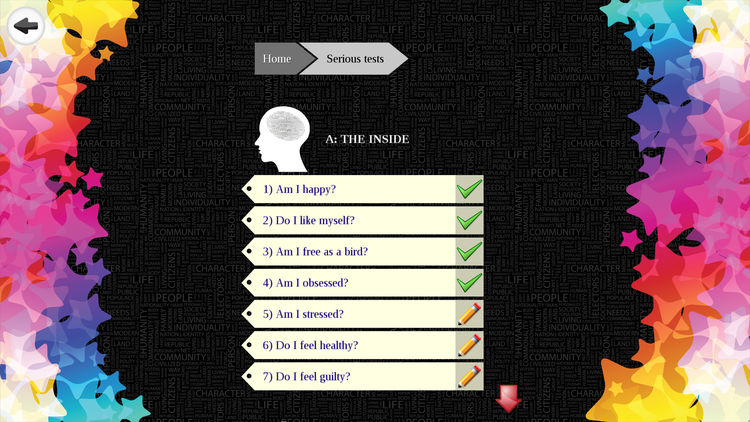 Personality and Psychology Premium as a product, feels like it has been assembled in a single day, and pushed out in order to rake in as much money before people realise that it is nothing more than a scam. And there is no other way to put it, as by charging you £7.99 for this excuse of an app, the developers are simply scamming you out of your money. And even if you turn a blind eye on the mass amount of spelling errors, and horrendous phraseology, you are still left with a product which is not worth the 120 odd MBs, which it can occupy on your console’s hard drive.

When it comes to core content, Personality and Psychology Premium does possess a fair amount of categories and questions within them. However, it will take most no more than thirty minutes to complete them all, especially considering the fact that some questions can be simply skipped as they are present within multiple categories. And by the time you’ll reach the final third, you would have seen a large portion of the questions, at least once – if not twice. 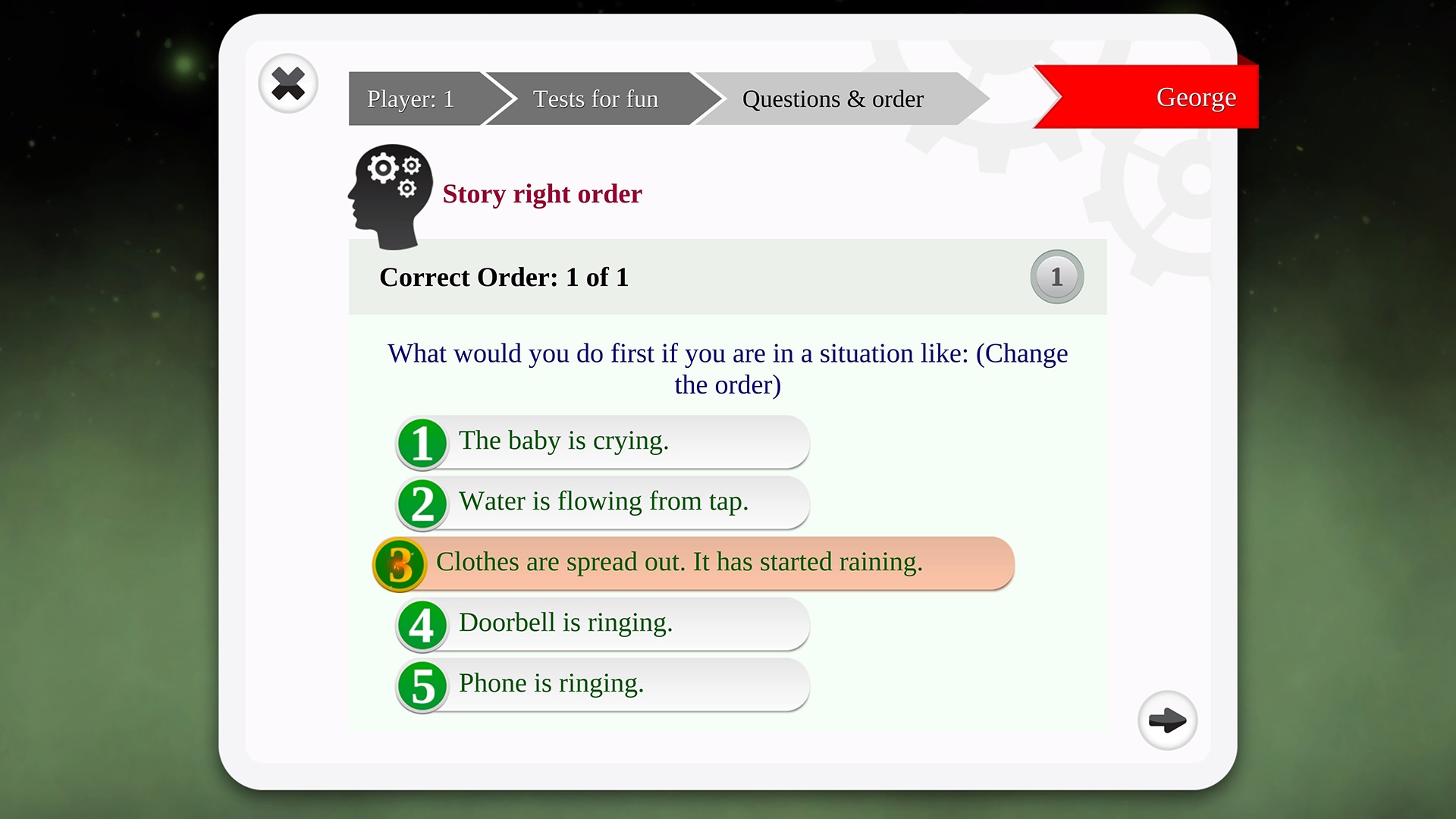 In my time, I have seen a fair share of greed within the PlayStation Store – in particular. However, nobody, and I repeat nobody, is as blatantly brash in their attempts to scam customers out of money as CrazySoft the developer behind Personality and Psychology Premium. As in the past, this poor excuse of a studio released such hits as Zeus Quest Remastered, Frutakia 2, The Odyssey HD, Astrology Premium, and last but certainly not least, Dance Me. And not a single one of those games is neither worth your money, or time – as they are all on par with Personality and Psychology Premium both quality and entertainment wise.

Personality and Psychology Premium, is an incredibly poor app, which is simply there to tempt you into spending your hard-earned money. And while most will avoid it like a plague, as it is not hard to figure out what it really is, then it has to be said that some will surely fall for it – especially when it will go on sale. And while I would love to give it the tragic one out of ten, I ultimately can’t as Personality and Psychology Premium does what it says on the tin, and works without issues – for the most part.