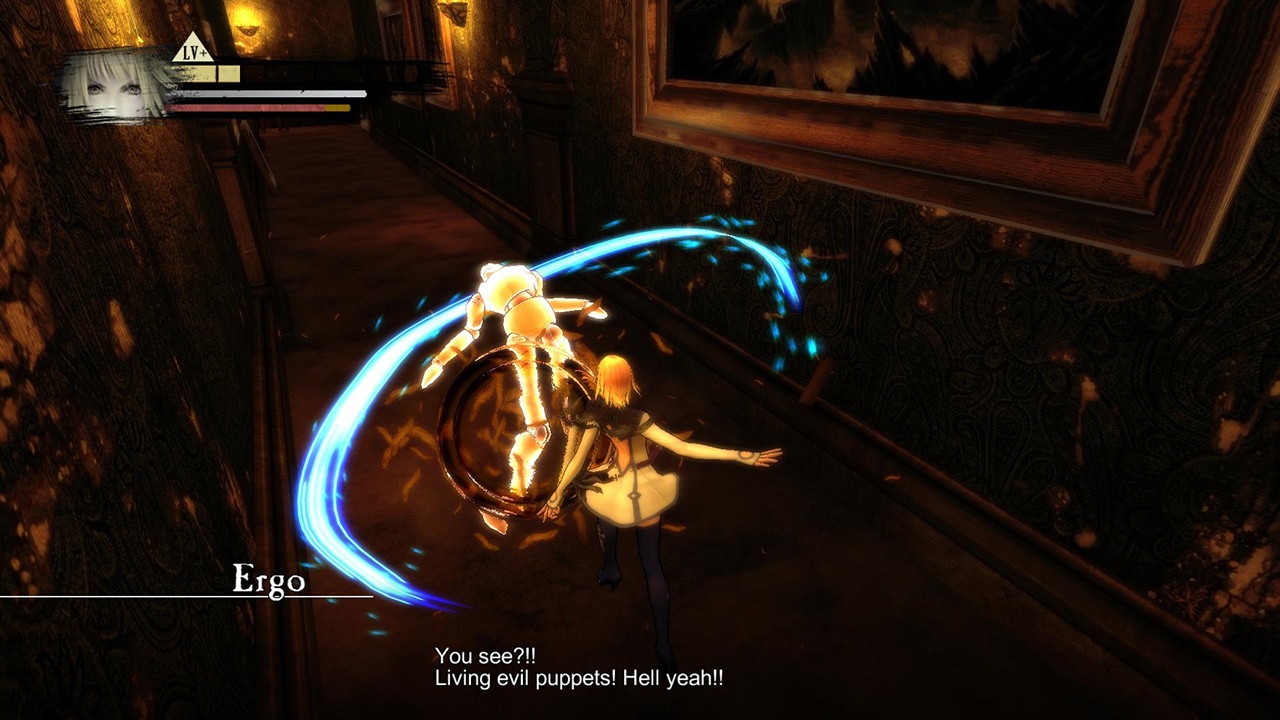 The fantasy genre is one that is ever expansive, full of fringe fandoms and almost entirely impossible to fully map out in a lifetime. Between novels, tabletop games, expansive online communities and any number of intricacies that exist between, there’s a ton of lore and material to suit almost any taste for something fantastic. Hell, as a young lad, I spent countless hours invested in the world of Krynn in Dragonlance, and, as a result, had a very different opinion of what elves were compared to the rest of the fantasy universe (though kender still remain one of the best offshoot races of all time). But, when I attempted to introduce my friends to the books, they found them to be a bit lackluster and, more importantly, conflicted with some ideas they already had about fantasy thanks to Tolkien. There’s nothing wrong with that: people simply get more wrapped up into certain fantasy worlds than others. And, deep down, I think that may be my takeaway issue with Anima: Gate of Memories – Arcane Edition. Or, at the very least, I think it might taint some things that would otherwise fly under the radar.

The Arcane Edition of Anima is a dual pack of titles, the original Gate of Memories and The Nameless Chronicles, which is like a pseudo sequel of sorts. Without spoiling too much, the Nameless Chronicles is the Ender’s Shadow to Gate of Memories: it gives a different perspective on the first game. Both take place in the world of Gaia, which is the setting of a series of tabletop books called Anima: Beyond Fantasy. Gate of Memories is a confusing tale about two people with equally confusing names: a girl called Bearer of Calamities (because sometimes your mom is a bit too creative with names) and Ergo, who is a demon spirit of some kind that lives in a book. The two are traveling together to get back a lost artifact that was stolen from the Order of Nathaniel by The Red Lady, and I think you can see names aren’t exactly Anima’s strong suits. In any case, Bearer and Ergo get sucked into a tower castle and are told that there’s much bigger shit happening than just losing a book written in blood (oh yea, that was the artifact). Bearer takes it upon herself to figure out what the hell is going on, mostly because she’s pretty sure she can’t leave the tower until she does, and, who knows? Maybe she’ll learn about her past or if her mom bothered to leave a different name on the birth certificate. And she gets to do it all with a hulking beast of a humanoid who constantly calls her baby. Awesome.

Nameless Chronicles, on the other hand, takes place from the perspective of The Nameless One, who is already a step ahead of the other two because at least he doesn’t have a name for me to mock. Apparently he’s the bad kind of immortal, the one that’s more of a Cain curse than a Cullen gift. Nameless is a kind of an antagonist in the Gate of Memories game, but you can’t touch upon that too much without spoiling a majority of Gate of Memories’ plot. Just know that Nameless doesn’t really want to be mixed up in any of this stuff, but he has to because, well, that’s what happens when you’re cursed. In any case, Nameless decides he, too, needs to kick some ass and discover some hidden plot points, and, in truth, if he happens to cross paths with Bearer and Ergo then that’s just fine. As much as I enjoy Nameless Chronicles (more on that in a moment), you really need to play Gate of Memories for any part of it to make sense or feel worthwhile. Otherwise it’s just a 3D brawler with some random puzzle elements mixed in and some insane nonsense as background noise. 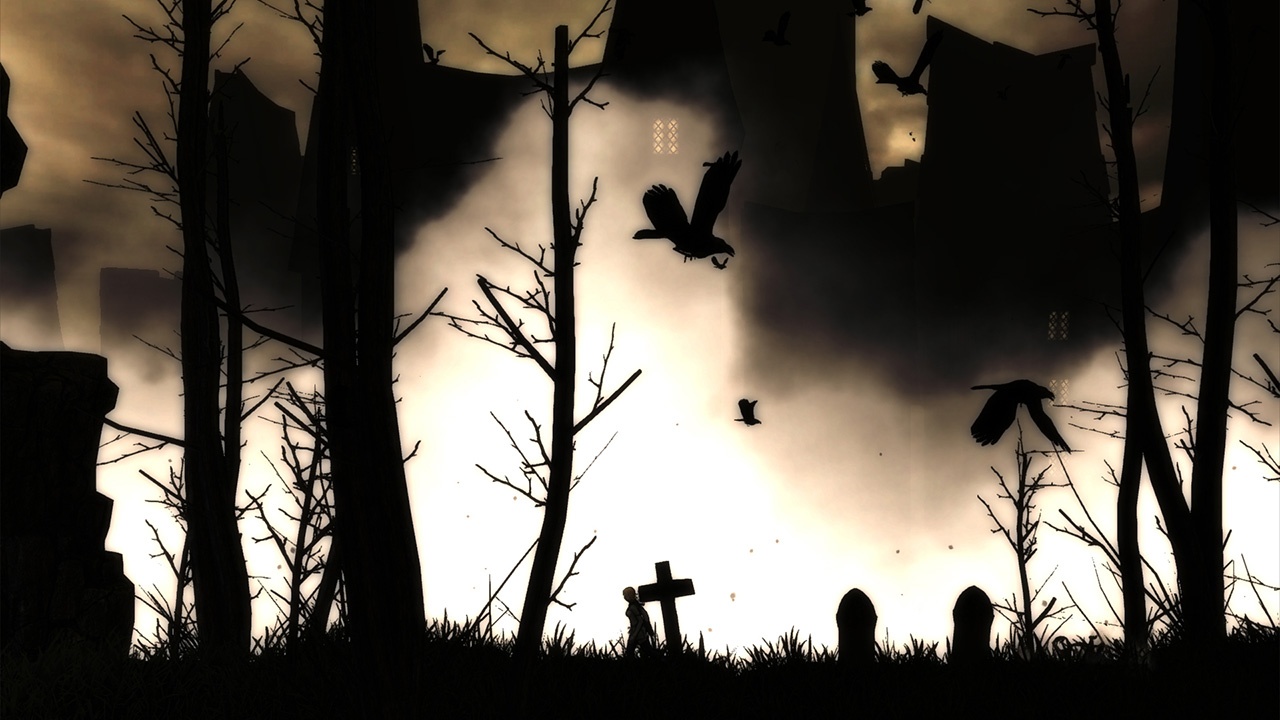 Both Anima titles present themselves as action RPGS, though the developer, the Anima Project, is the first to admit that it’s more action than RPG, and this reviewer is one to say that the RPG elements are incredibly light, even for a Western RPG. If we can take a quick stock of RPG things: there’s a skill tree, some equipment, a bit of non-linear gameplay and a story. Those are it. When you level up, you get points to dump into a skill tree, unlocking new active and passive abilities as you play ahead. When you find equipment, you put it on, and when you find healing items, you set them to hot buttons for in combat use. The non-linear gameplay almost seems like an illusion: you aren’t really given a straight and narrow path to walk, but it’s the old “All Roads Lead to Rome” scenario. Sure, you can wander around in any direction you want, but you’ll eventually end up going to the next quest/questing element without any real variation with a couple of serious exceptions that come up in the mid game and end game areas. For the most part, you’re in bed with the action, and this is, again, where the games both shine and distinctly separate each other.

Anima: Gate of Memories is the first title and, as such, some things weren’t exactly flushed out and made precise at this time. The combat allows you to swap from Bearer to Ergo on the fly, changing characters while in mid combo in some cases. Despite the heavy “magic” element that’s in the game and in the series, you’ll find most of the enemies are dispatched with close and far range melee attacks, which are certainly charming and novel in their own right. The combat of Gate of Memories is one that feels more defensive than offensive, as you can get caught and overwhelmed with multiple blows from multiple enemies quite quickly. I distinctly remember having to re-do a bridge sequence at the very beginning multiple times because I kept getting knocked out of the air by enemy projectiles fired by NPCs that were almost off-screen in distance. You learn that there’s a timing to everything: when to hit, when to run and dodge, and when a spell does more damage than punches simply because the spell will actually land.

By the time you get to Nameless Chronicles, you have to rethink things a bit. Nameless is a significantly more aggressive character with the added bonus of being solo. See, since Bearer is the real heroine of Gate of Memories, I felt inclined to keep moving her back to the frontline despite Ergo clearly being the heavier hitter. Nameless is a power unto himself, using some impressive combos and skills to not only strike better but also teleport around the board, allowing for some really flashy moves in the right situations. Interestingly, I felt like there was actually less combat in Nameless and more of a focus on puzzle solving, but there was still more than enough to slake my thirst for crazy button mashing and camera angles. Oh those camera angles. 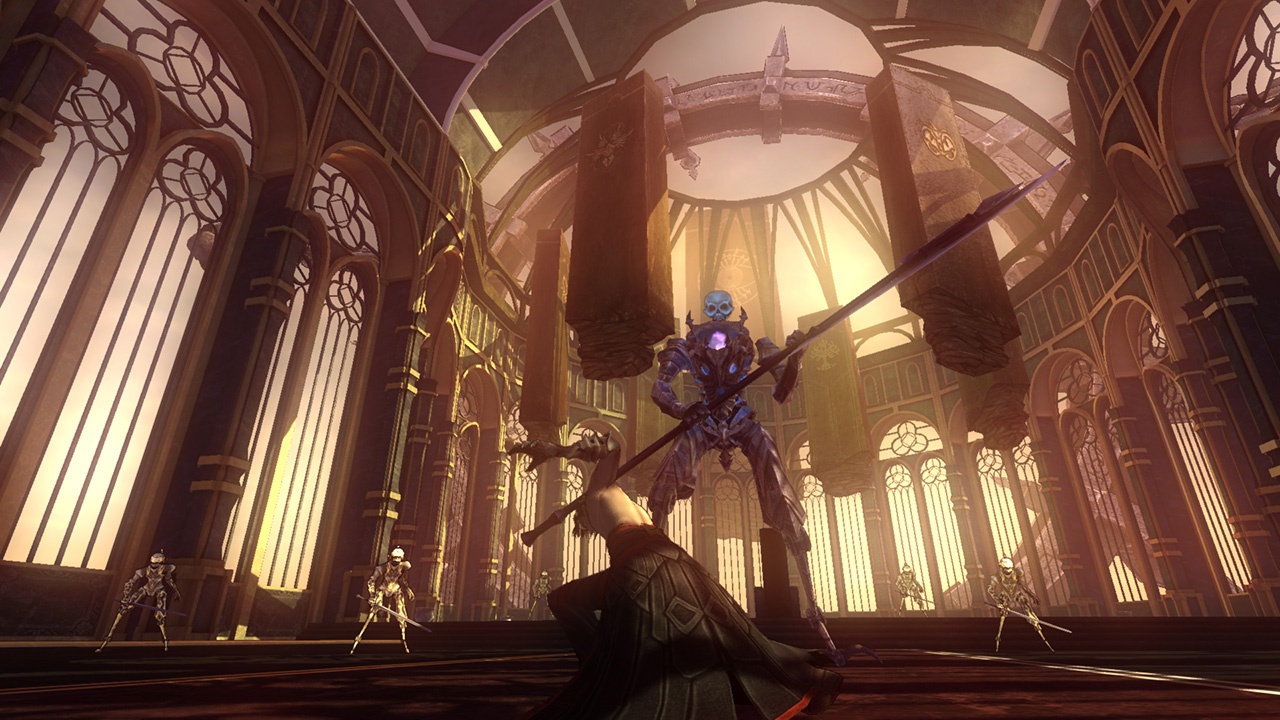 See, this is where the Anima games start to come apart a bit. The camera is just the first scratch to the armor. When you use auto-target, the camera tries its best to stay focused on a single entity, often quickly repositioning when you defeat said foe to the next person in line, and, as a result, sometimes trapping itself into a corner or making you stare into a tree bough instead of, well, the enemy. But that’s honestly preferable to the times when the game zooms way, way out to give you a better scope of the battlefield or puzzle. When that happens, the game just feels flawed: suddenly my character is tiny, the world is big, and I don’t feel confident or articulate in anything, from jumping between clockwork platforms to trying to hunt down the Red Lady in some really poorly paced combat. I would have loved for the camera just to stay nice and tight and I could figure out where she went on my own.

But that’s one of the inherent flaws\features of Gate of Memories and Nameless Chronicles: sprawling. You see, if these games worked with smaller, denser maps, then things would be over far too quickly: I would gestimate that you could finish Gate of Memories on a proportionate map in about ten hours, and Nameless in roughly six. Instead, you have all this wide open space that you just jog through, moving from one place to another, and it bothers me. It bothers me a lot. I think the developers felt it was this “open choice” scenario that mimicked the Elder Scrolls, but it just feels like they added a bunch of space, polished up with some background effects and the occasional interactive bauble, to justify slapping the RPG label on it.

Between the slightly choppy running animation, the unenjoyable voice acting and a generally lackluster plot, Anima: Gate of Memories – Arcane Edition is a weird selection to land on. I was left wholly unsatisfied by the sheer amount of time and effort that went into a game that simply left me a bit bored overall. This is definitely for someone – Anima: Beyond Fantasy fans are probably all over this without a second thought. But, going into the summer of JRPG on the Switch, Anima might prove to be a fairly forgettable game in an onslaught of titles. Think twice before diving in.