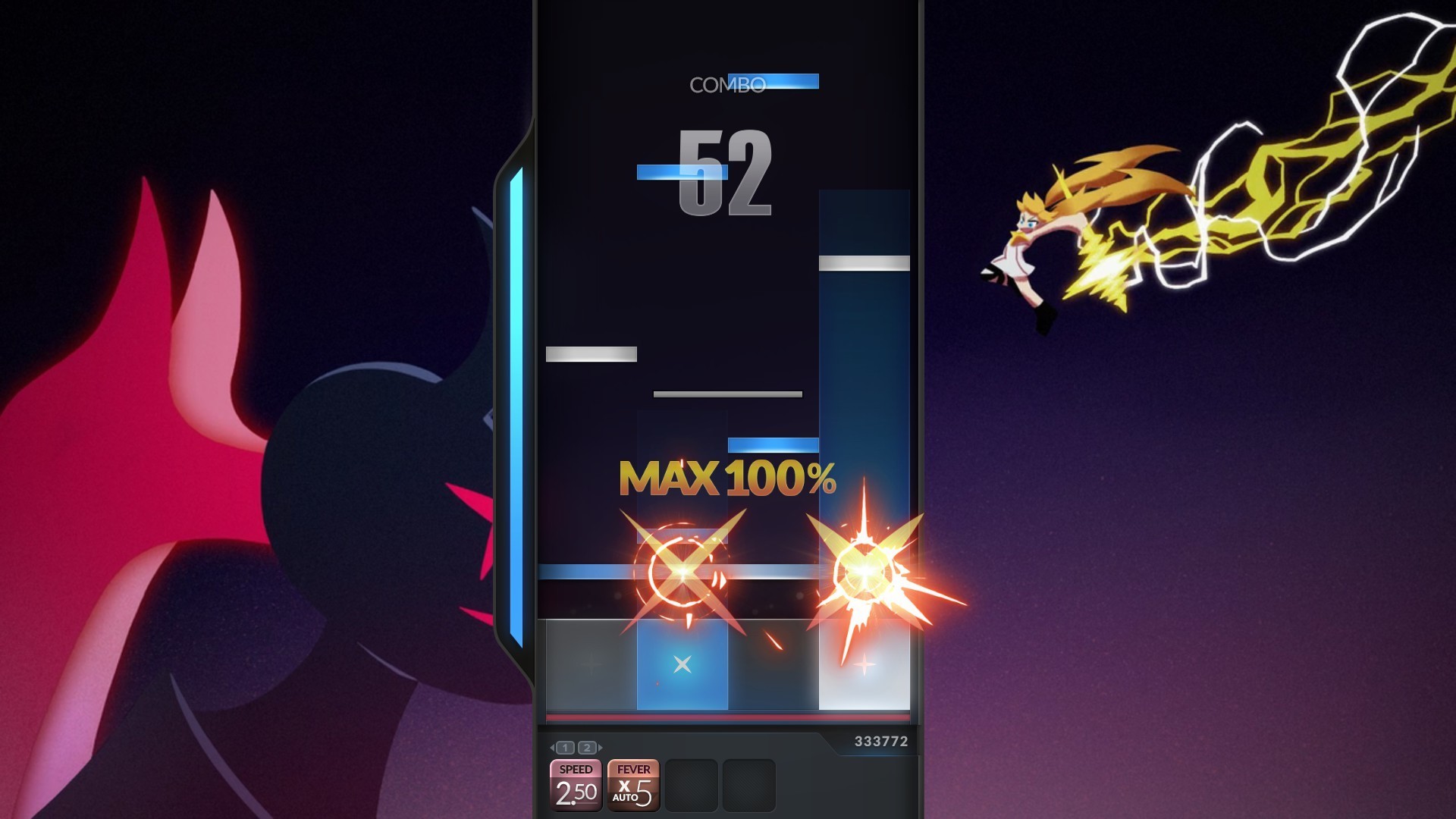 It can be really hard to find good rhythm games nowadays, especially after games such as Guitar Hero and Beat Saber have gone under the radar. During July 28th 2017, for the first time in 5 years, the first DJMAX game got released on PS4 and is known as DJMax: Respect. DJMax: Respect got a lot of praise for the massive list of songs that can be played along with the high quality DLC that could be purchased along with it. Most people thought it was nice to get that amount of content for the price. After 2 years later, DJMAX RESPECT V was born as a PC port of DJMax: Respect and got launched into early access December 2019.

The game doesn’t really have a story or a campaign mode. The closest thing you will find is the “Mission” mode. In this mode you have to fulfil certain criteria in order to succeed. The criteria can be anything from beating songs while keeping up a certain percentage of your accuracy or having to score a certain amount. As you progress you might notice that the difficulty slightly increases which makes it more of a challenge. This is where “Free Style” comes into play and it will most likely be where you will spend most of your time. It is here you can practice your skills in each song and adjust their difficulties. At first you will have a very limited selection of songs due to the rest being locked but in order to unlock the songs all you simply have to do is level up. 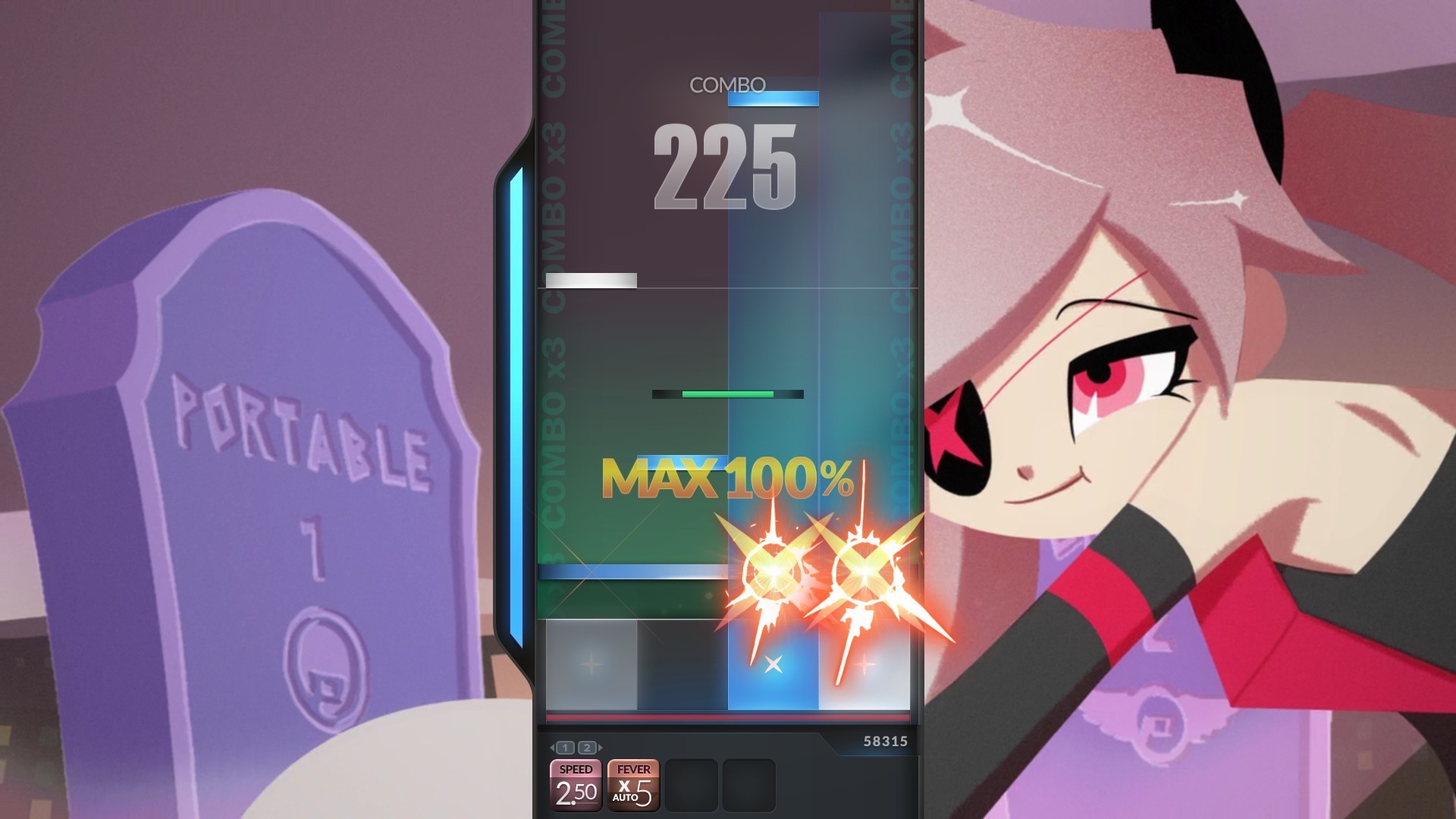 As mentioned earlier, “Free Style” will be the game mode where most of the time likely will be spent. There is also an “Online” mode where you can prove your skills to the rest of the world! In the “Online” mode, you will be able to choose from the 2 types of matches known as “Competitive Ladder” and “Open Match”. The only difference about these 2 modes is that “Open Match” doesn’t have a ranking system and isn’t as competitive. You can also create your own room in the “Open Match” and wait for people to join your session. A session can hold up to 7 players. Last but not least, there is a mode known as “AIR” in which you can choose between 3 radio channels that will automatically play through songs at certain difficulties. You will be able to choose to join or just listen to the song. What made the mode stick out was the chat function where you could type anything and it would be shown on the screen to you and the other players.

The gameplay is very flexible, considering that you can choose to play with a keyboard or controller and even bind keys and buttons. I found it hard at first to get used to the controls until I kept playing the same song at a lower difficulty. As you play, you will notice that a background music video can be seen for each song. It can easily be turned off for those who prefer less distraction. I personally like the flashy effects when you hit the notes since it gives the game a really cool arcade feeling! The graphics and art style also really shouts rhythm game! 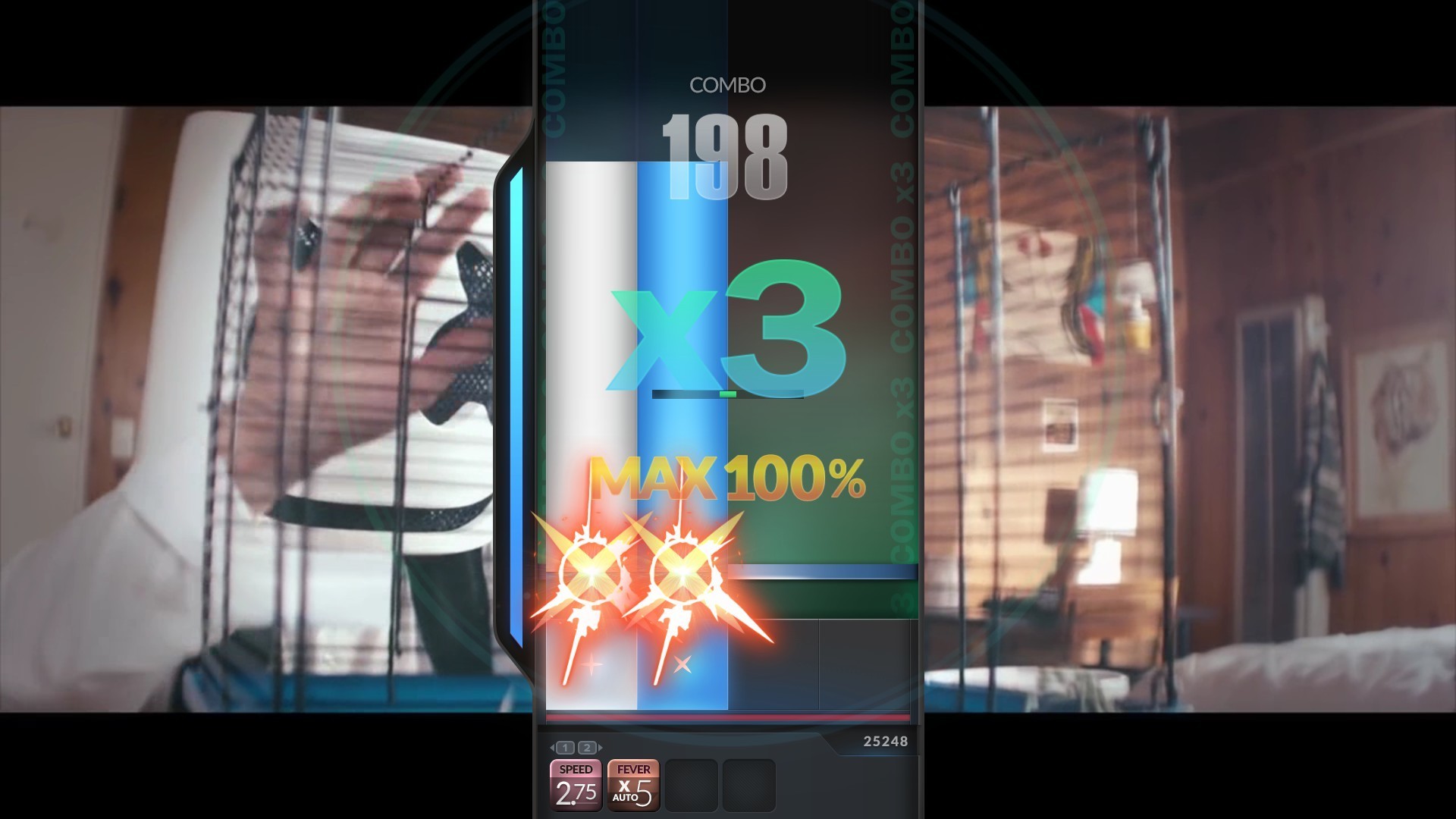 I find the selection of songs amazing! Most of the songs in the list is J-pop and cooperations with other artists such as Marshmello with the song “Alone”. I have to say that my favourite of them all must be “Tok! Tok! Tok!” by STARTRACK which I found myself play over and over again. I am sure most of the people who picks this game up will find a song or more they will enjoy! The song list almost feels endless!

The game does a very good job when it comes down to the difficulty settings. You can change the pace of the song as well as choosing how many tunes you want to play with. The more tunes, the more notes you will have to keep track of. If that wasn’t hard enough, you can also make the notes fade in which makes it harder for you to predict the notes and requires you to learn the pattern of the song.

If you are into rhythm games then it wouldn’t be a surprise if you spent hundreds of hours into this game considering the amount of songs and combinations that is possible to pull off. For someone who is less into rhythm games, I wouldn’t recommend picking this game up due to it being repetitive. It’s also a very friendly game if you’re new to rhythm games! The game has the perfect tools for practising newbies and experienced veterans alike!