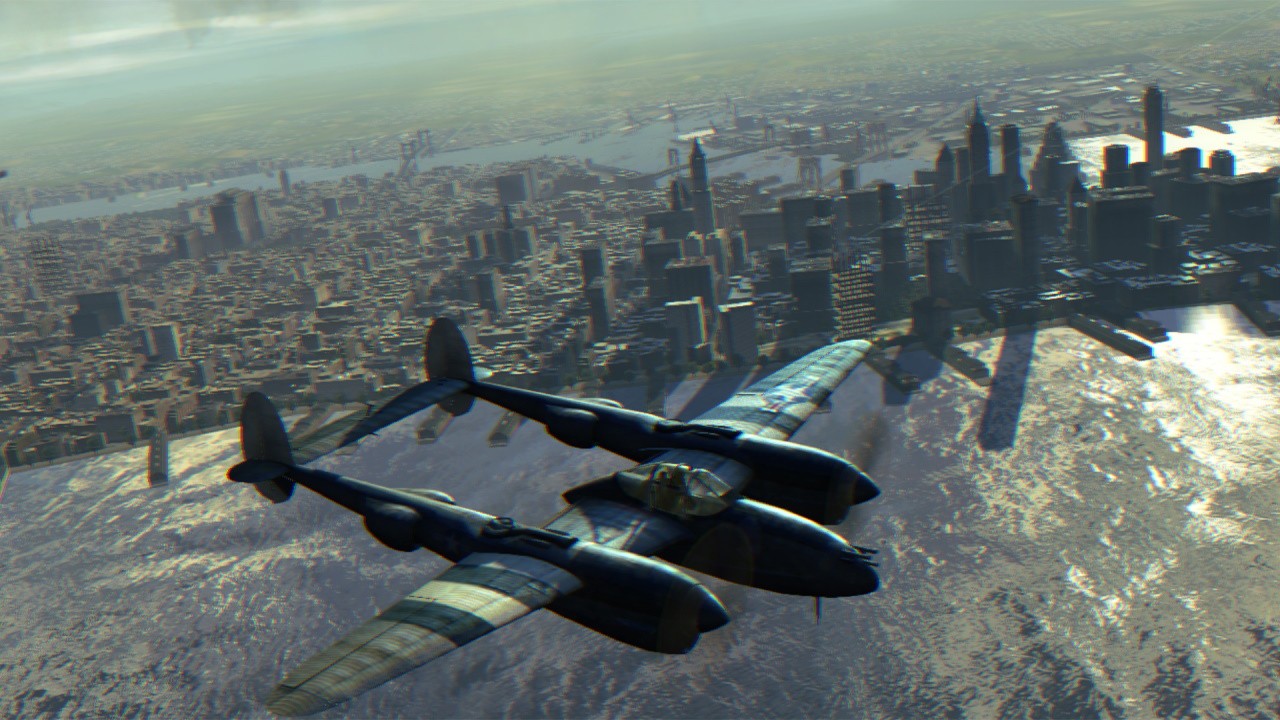 Iron Wings is an arcade flyer shooter set in World War II from Italian indie game developer NAPS team. This company has developed games such as the beat ‘em up, Gekido and other flyer shooters, such as Battle over the Pacific, which can be seen as the predecessor to this game just from visual and gameplay elements alone. Iron Wings has a story that is intriguing, some fun game types and decent core gameplay, however, it has some flaws that make the experience closer to frustrating than challenging.

There are many things that Iron Wings gets right. The most important element of the game is the flying, and once you get the hang of it, it’s very fun. The movements feel weighty, and there is a good sense of speed when you crank the acceleration to the max. You can feel these in both third-person and first-person flying modes, which really helps sell you on feeling like you’re a pilot. This is reinforced by the models of both the planes and the cockpit, which have high levels of detail. The game also features the typical flying shooter 180-degree flip. However, this differs from other flyer shooters, as if you are locked onto a target, this will turn you to face them directly, which is really helpful when dealing with moving targets. 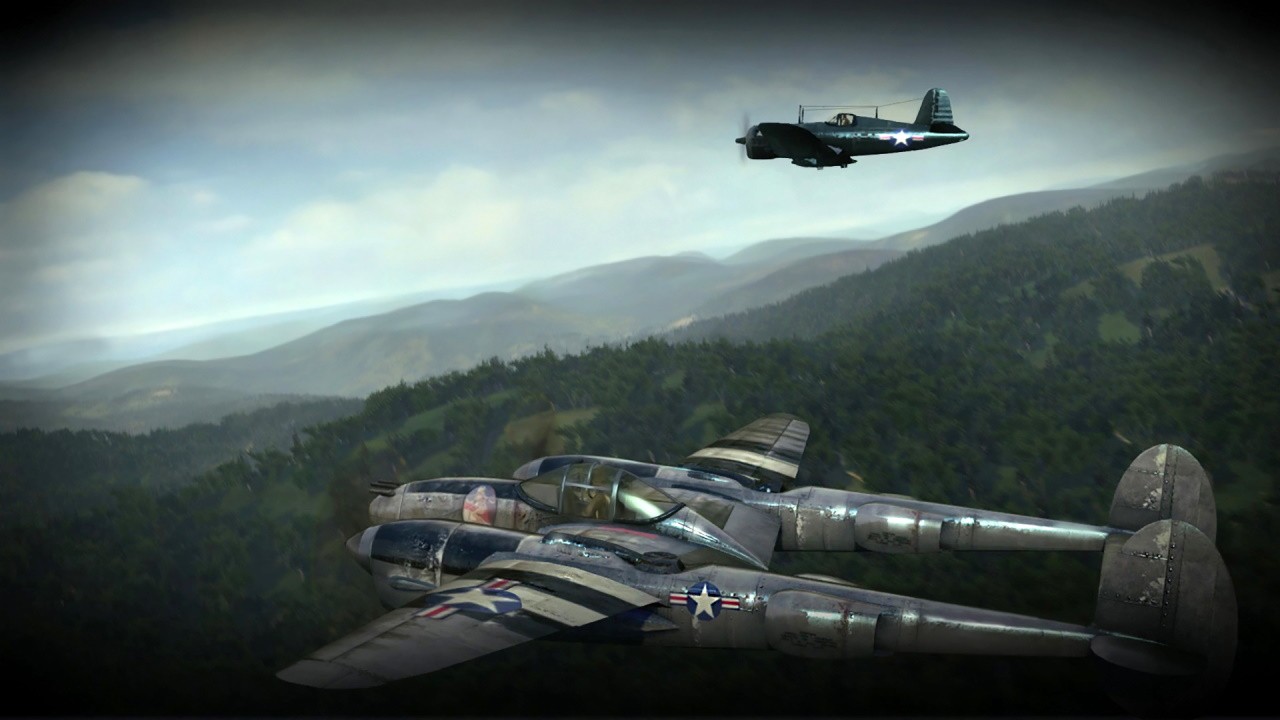 Another gameplay feature in Iron Wings is the ability to send the character you are not playing as to deal with a target you have selected. This can range from enemy planes to ground targets, which comes in handy when there are loads of things to deal with in a short amount of time. However, this feature isn’t an automatic victory against the enemy, as there is a chance that they will fail in their task and you will have to step in to support them yourself. This offers a nice balance in the game as when using a feature unique to either of the two pilots you play as you can send the other to do something else.

The campaign of Irons Wings is fairly interesting, following pilots Jack and Amelia, who hunt for General Alder, after becoming involved in a plot to blow up the Hoover Dam. This is loosely based on real events and coincides with more historically accurate events. In an interview with Polygon, NAPS team co-founder Fabo Capone said they wanted to create a game that highlighted “less credited people in World War II history,” and Iron Wings definitely achieves this, showing the role of Afro-American men and woman pilots who trained even though it was a struggle for them because of the social attitude of the era. The game deals with this tastefully and offers some introduction to military operations such as W.A.S.P (Women Airforce Service Pilots) and the Tuskegee Airmen (the first black military aviators in the USA).

This isn’t the only gameplay option, however, there is also a free flight (which does as it says on the tin) and an arcade mode. In this mode, you have a timed dogfight where you have to shoot down enemy planes to achieve the highscore. Certain planes hold useful items, such as fuel, extra time or health, however, there are only so many of each so you have to be careful about when to take down these specific targets, which adds a fun strategy element to the gameplay. 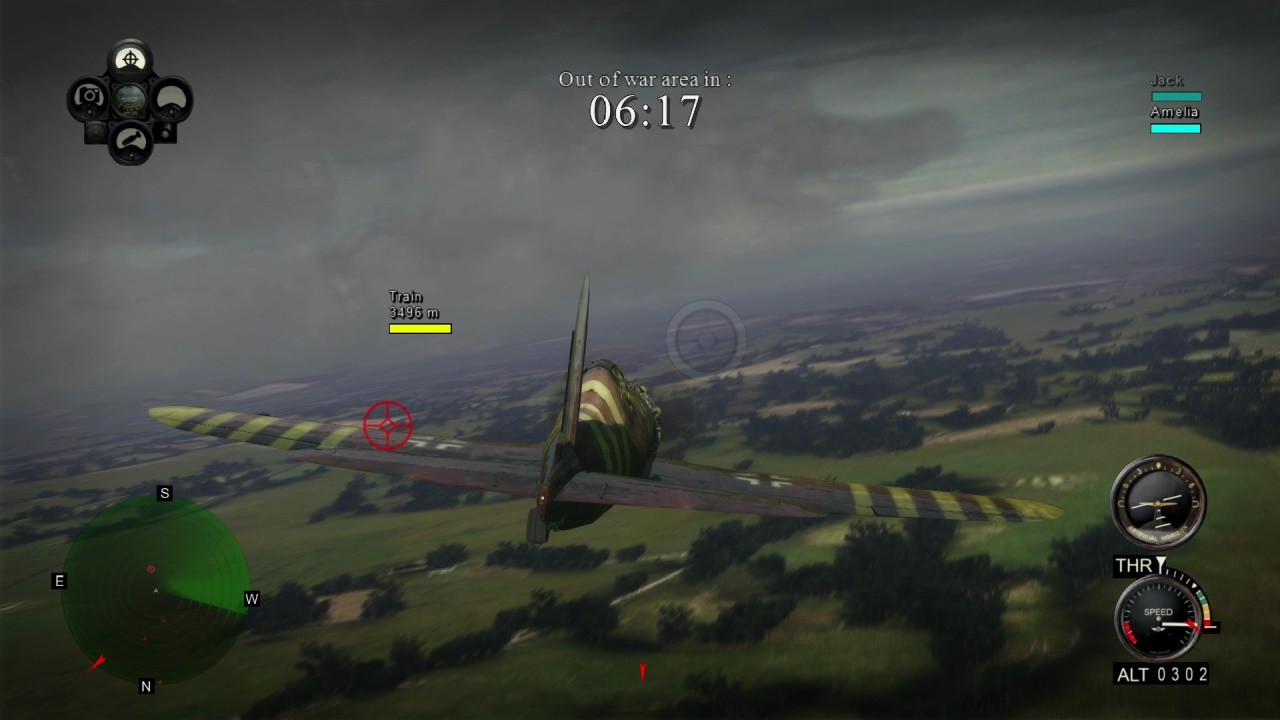 As a general disclaimer, the issues that Iron Wings faces can be resolved by changing settings in the options menu.

The combat system in third person mode is frustrating, with the camera zooming into targeted enemies after you fire at them for a few seconds. The camera then zooms in and locks onto the target until you either defeat them, or run out of time because the reticle wasn’t focused on them. I often found the situation to be the latter with aerial targets as they would constantly move and I would be ejected from the mode before I could fire a shot. Combat became much more enjoyable for me playing in either first-person mode, where this doesn’t occur, or turning off the ‘Gun Strafing Camera’ in the options menu. This turned third-person dogfighting into the World War II equivalent of Star Wars: Battlefront II. In this mode, you have to aim for a small red dot in front of enemies to take them down, which keeps the game challenging without becoming super frustrating.

Another feature of the game is the cinematics that play when you defeat certain enemies. A few times I found my game stuck in a cinematic, with no method of exiting apart from resetting from the previous checkpoint, which as you can imagine became annoying when I was about to finish an objective. This became a point of frustration in the third mission, where you have to destroy three German boats attempting to flee within a ten-minute time frame. When you defeat a boat, it would jump into the cinematic of the boat in the ocean and then just stick on that view and then I would have to start again. To resolve this eventually, I turned off ‘cinematic killings’ in the options menu and it no longer was an issue and I could progress with the story.

In conclusion, Iron Wings is pretty good, having some solid gameplay, an interesting campaign and characters and variety of game types. And with the suggestions mentioned above, the game provides a good challenge without becoming unnecessarily frustrating. If you like games that revolve around flying and dogfighting, it would be worth the £8.09 (40% discount from £13.49, until 10/09/2020).

Iron Wings is an arcade flyer shooter set in World War II, it has some flaws that make the experience closer to frustrating than challenging.