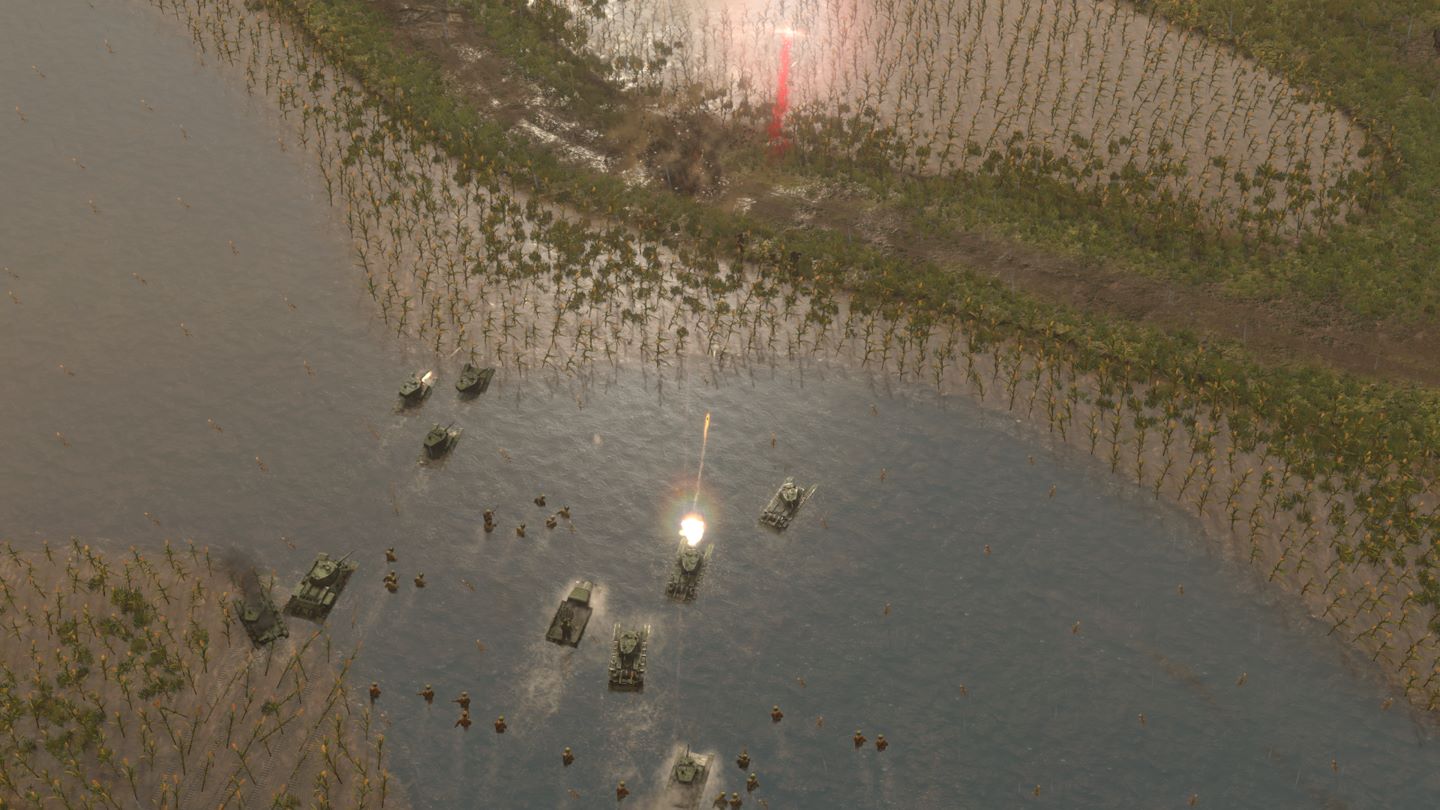 Yes we know that you think RTS games belong on the PC.  And yes,  we understand that you can’t imagine anyone (in their right mind) playing a real-time strategy game on a console and still being certified sane. Well, if the success of Halo Wars 2 has taught us anything it’s that things are changing.  This is no more evident than in Kite Games’ latest offering Sudden Strike 4: European Battlefields.  Fresh from the universal acclaim afforded their PS4 version of the game,  Sudden Strike 4 is now available on the Xbox One stuffed to bursting with new and bigger maps, a shed load of units, scenarios and the ability to play as any one of a series of legendary commanders.  This is Sudden Strike 4 in all its glory but with the add-ons Battle of Kursk, Road to Dunkirk and Finland and not to mention three exclusive maps just for Xbox One gamers.

Anyone who has spent time on Halo Wars, Command and Conquer or the (undisputed in our opinion) king of RTS games,  Age of Empires, will feel instantly at home with Sudden Strike 4: European Battlefields.  The top down perspective is standard fare for most RTS titles, as is the ability to plan your tactics,  fine-tune your strategy and command your troops.  What is unique to Sudden Strike 4: European Battlefields though is the ability to take on the role of one of 14 celebrated commanders such as the legendary General Patton,  Heinz Guderian or Charles de Gaulle.  During the game you will tasked with taking command of the British and American, German or Soviet troops over the course of 31 missions spread across five tough as nails, nail-biting campaigns.  At your disposal you will have over 120 units including the most numerous Luftwaffe bomber, the notorious  Heinkel He 111, the Russian T-34 tank and the British single-seat fighter-bomber the Hawker Typhoon. 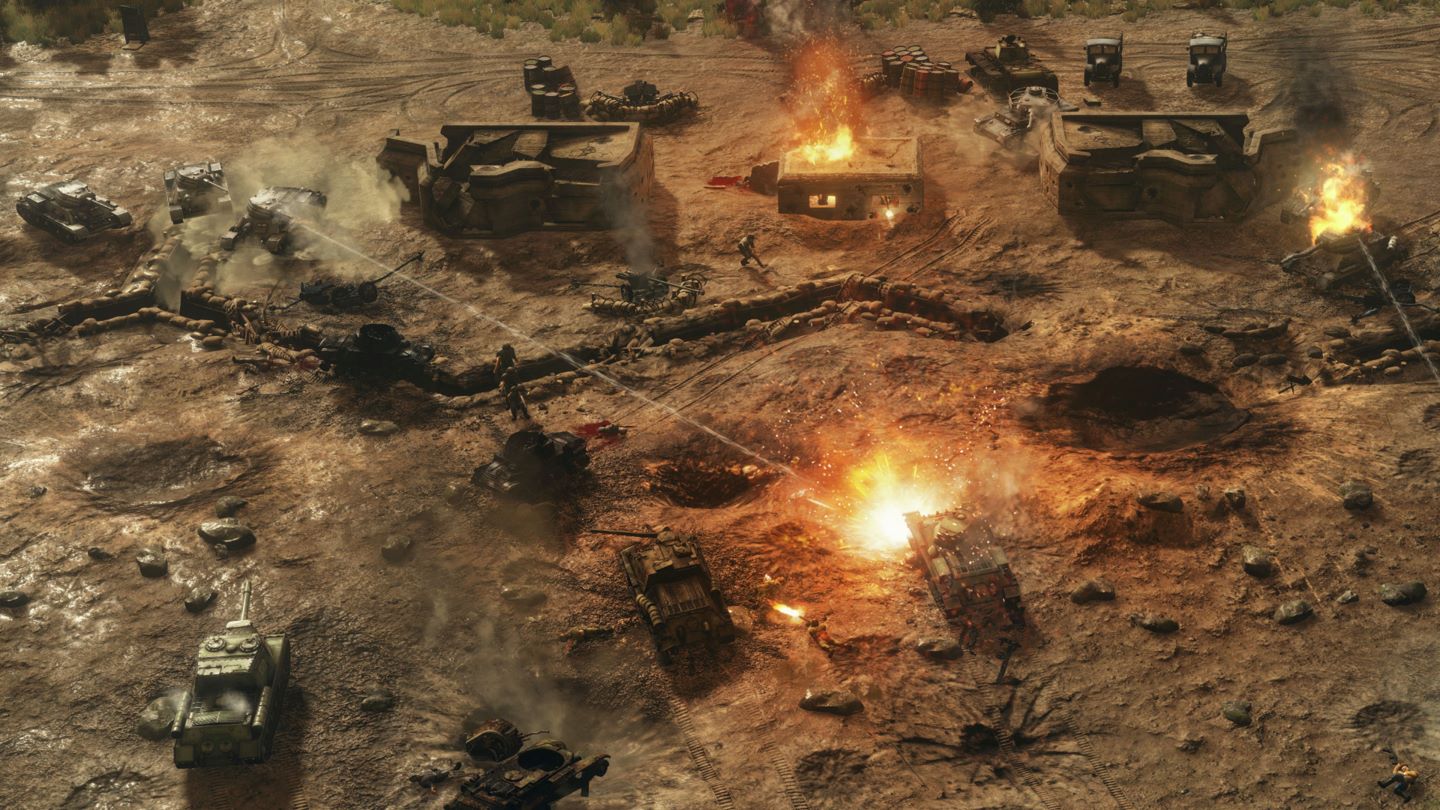 It’s often said that strategy requires thought while tactics require observation.  This is a general principle that Kite Games have taken to heart during every stage of Sudden Strike 4: European Battlefields.  Every mission presents a unique battle arena, a challenging environment and endless possibilities of how you can best your enemies.  However, to emerge victorious you’ll have to use your troops,  tanks, artillery and aircraft in a way that takes advantage of the terrain and your enemies weaknesses.  Think rock, paper scissors on a global scale.  Get it wrong,  and you can always reload and try out something different.  Get it right and Sudden Strike 4: European Battlefields rewards you with exclusive content such as new footage from the actual battle you fought.  Excellent.

Once you’ve mastered the campaign mode,  you’ll also be able to prove your military prowess by taking on some 20 single player challenges, a skirmish mode and an online multiplayer option.

Graphically Sudden Strike 4: European Battlefields is probably one of the best RTS games to grace anyone’s console.  The painstaking attention to unit detail, the incredibly gorgeous terrain, buildings and dynamic weather effects are a testament to what can now be achieved by harnessing the monster processing power of the Xbox One. 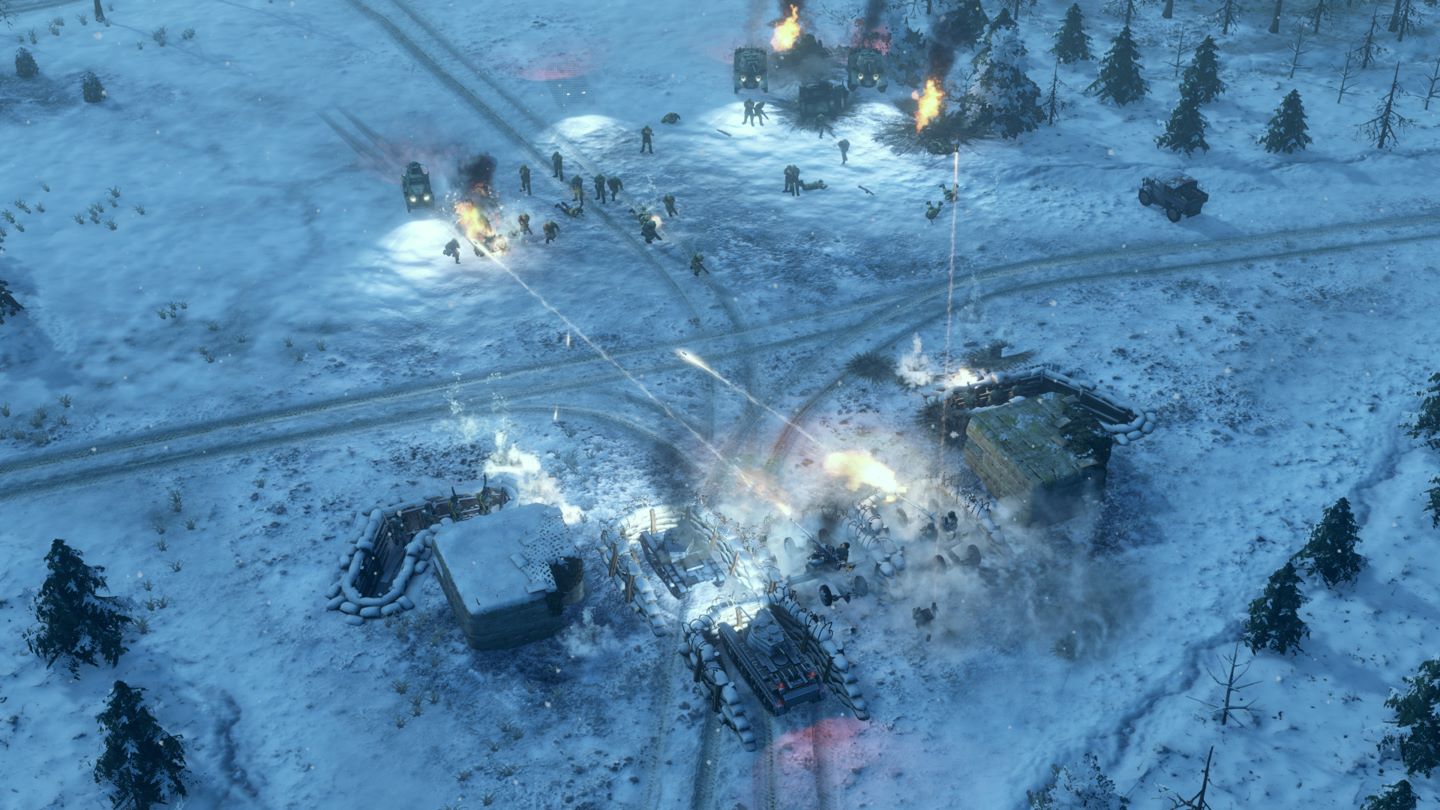 In the audio department, Kite Games have done an admirable job reproducing the unique sounds of battle, whether it’s the deafening impact of rocket fire,  the heavy metallic growl of 60 ton tanks demolishing trees and buildings their wake, or the harrowing report of machine gun fire,  you will get a taste of what it actually felt like to be part of our planets darkest hours.  All from the comfort of your sofa.

However, despite its many outstanding qualities,  Sudden Strike 4: European Battlefields is plagued by a number of glitches and odd design decisions  that prevent it from being a true first class triple A title.  As we noted earlier,  the top down view is considered standard fare for more RTS games.  We were, however,  slightly disappointed to note the absence of any zoom in or out function.  Sometimes,  during the chaos of war and the split second decisions you have to make, it would have helped to have been able to zoom in on the action so that you can check on what individual units are doing.  The same goes for the ability to pan around the battlefield rather than merely left and right, up and down.

The developers also decided that, in order to load a saved game,  you have to restart a campaign before being able to select a saved file.  We would have liked to have been able to save time and load the game from the menu rather than wait for the campaign to start.  These are however, minor niggles that will do little to detract from what is clearly a truly great war RTS title.   With over 50 hours of gameplay, you’ll be coming back to Sudden Strike 4: European Battlefields time and time again.  I know we will.  Go buy.