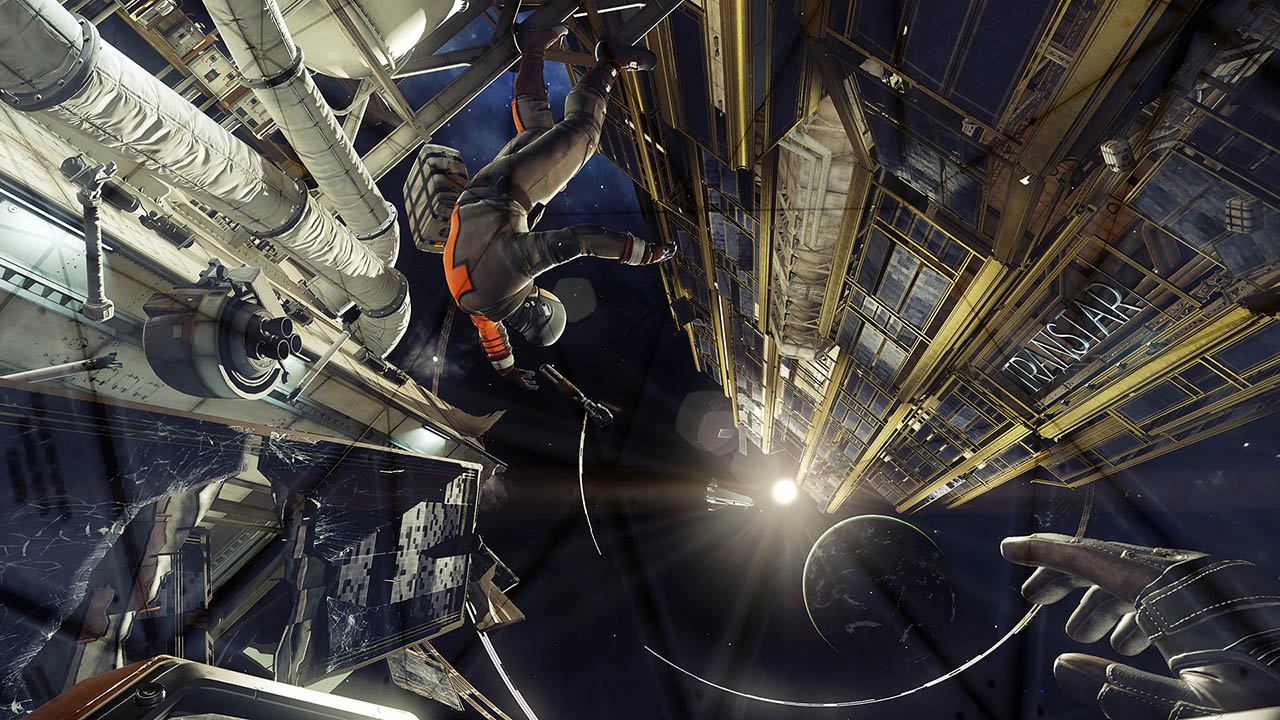 If some weird guy in the street sprinted up to me, shoved a microphone in my face and screamed “What’s your favourite game series?” I’d – first off panic and fall to the ground – but then I’d recover and amongst a few other practice runs like the Batman: Arkham series, the Viva Piñata games (I know), the Fallout series and several others. But one string of games stand above all else – I promise this is going somewhere – Bioshock.

Not exactly an unpopular opinion, they’re world renowned games with critical acclaim so when Bethesda came around and were like “Yo, remember that game Prey from back in the day? Time for a reboot”. I was kinda hyped. Most of that purely because it looked exactly like Bioshock… but with one hook. In space.

I remember seeing the first trailer for the game with a few of my friends and we went crazy! So obviously, I pre-ordered Prey – steenbok edition of course – and I eagerly anticipated its release.
I cannot stress the following sentence any more so proceed with caution… 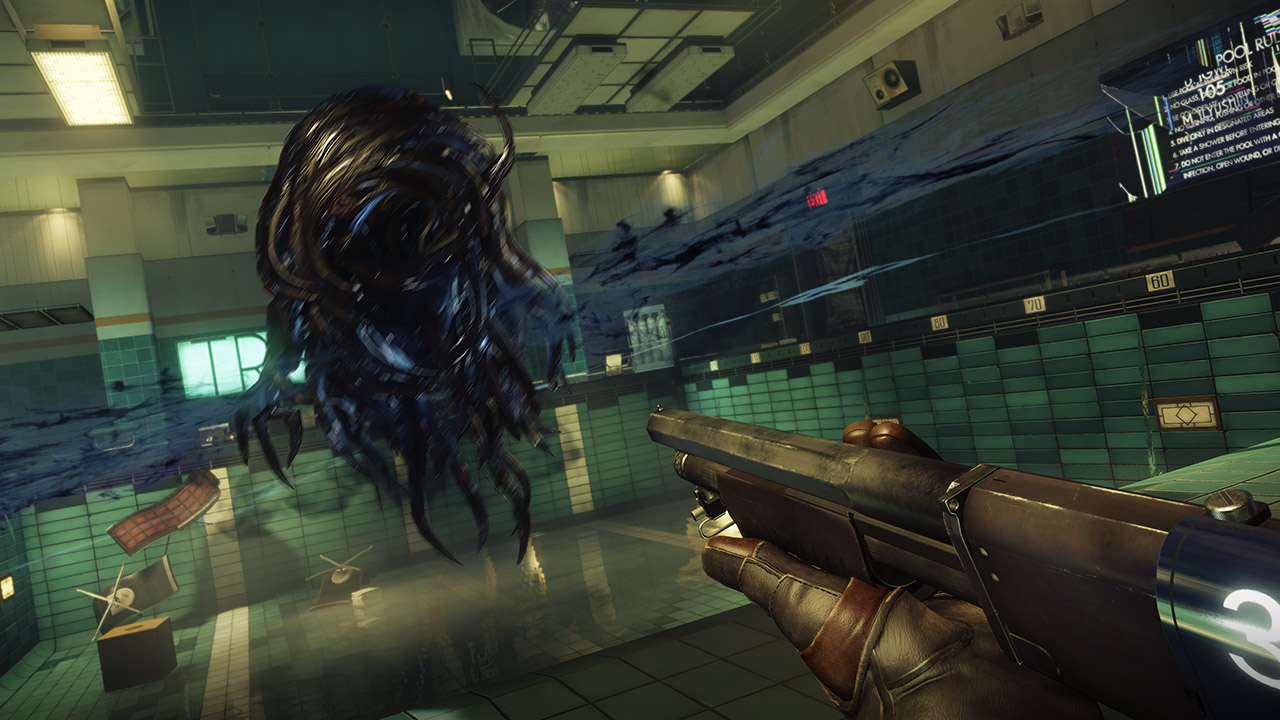 I have NEVER narrowed my eyes, stepped back from a video game and felt utterly perplexed by an experience so underwhelming in my entire life. Heavy words, I agree. I shall justify. Sure, Prey has it’s moments where you’re floating in space with the fear of an alien just tearing you to shreds but what it doesn’t do is strike total terror into your core like Alien: Isolation or the first Bioshock. It doesn’t have to be scary to raise the tension like those games do. It’s strange because an RPG like Prey should be one of the coolest experiences but it just feels wasted. After a couple of hours gameplay it becomes seriously repetitive and it’s kinda difficult to sit with it for hours on end and not take a break… a long one.

You gotta give one thing to Bethesda, it’s visually stunning but another down side is that the level design is lame. There’s almost no innovation here, it’s like a copy and paste of environments from one of the more recent Deus Ex games. Prey, on it’s own, feels like a great idea where everyone involved decided it would be better off if they played it safe and this didn’t work out. If the devs and producers tried to push the game further and make it something different from the rest of the crowd, that would have been dope.

In hindsight I have to give credit where it’s due. The sound design in Prey is something of a rarity that I find once in a blue moon. Heh. Moon. That pun will make sense later on in the review, I promise. But yeah, the sound design is pretty special, it creates this tension that is otherwise absent. The vastness of space surrounds you and I love that the sound can give you that feeling, that fear of unknown. In these kinds of games I think it’s only fitting that you should be able to imagine yourself in the situation. With the Bioshock games, that’s exactly how you feel. You are at the bottom of the ocean or you are on a floating city in the clouds. Prey, for the most part, didn’t manage to do that for me but the eerie and tense sound design managed to give me that feeling, albeit short-lived. Space should be terrifying, it’s total nothingness for the most part and when there are aliens around you that could look like a tea-cup? That’s what I wanted, and it’s what the sound department tried to give me, but the game as a whole didn’t. 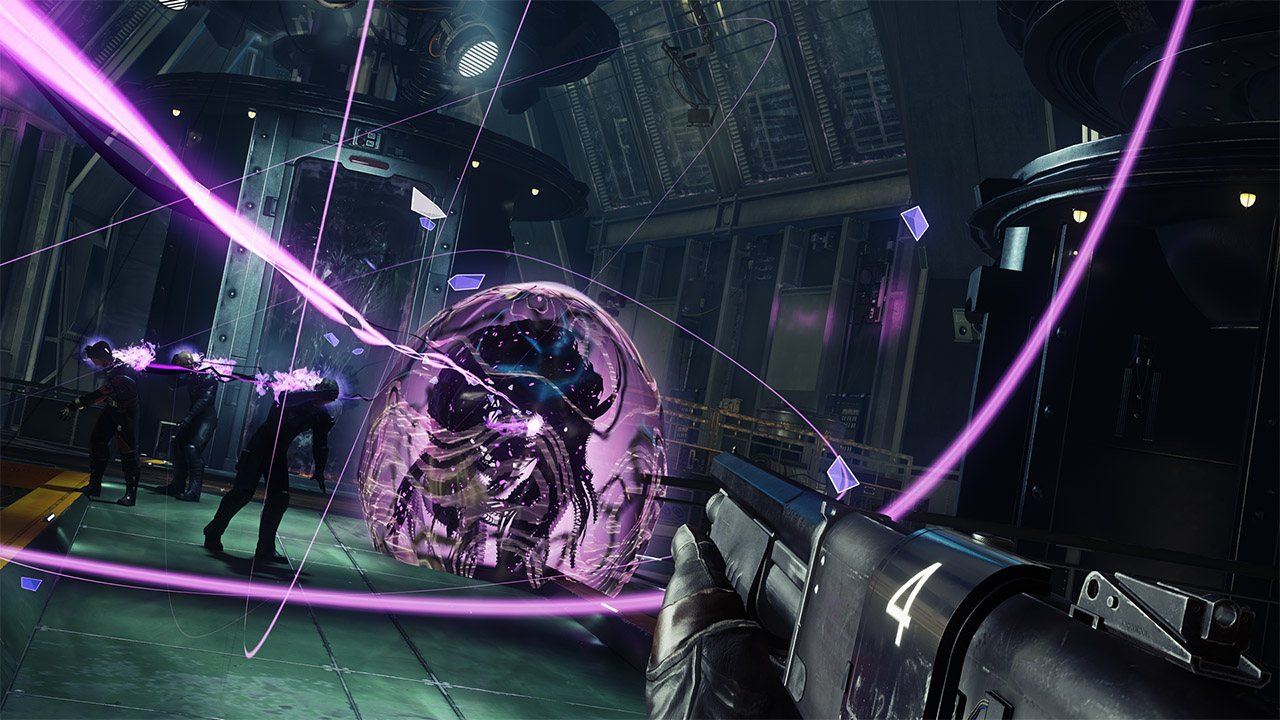 But hey, that’s all in the past. We’re a year later now and Prey Digital Deluxe Edition is here with the brand new Mooncrash DLC included so I revisited the game to see how everything is looking now and let me tell you…

This DLC is hella fun.

Mooncrash launches separate from the game so don’t expect anything adding to your initial play through. I was skeptical at first but the DLC actually adds a whole new layer to the original game and – I contacted a few people I knew had played it too to make sure I wasn’t tripping – other players agree. Mooncrash, to me especially, feels like a totally different dev team had the reigns.

So that means we gotta put all this together and find out whether the games worth the purchase. The digital deluxe version anyway. Personally, without Mooncrash the game would be a big avoid from me and I’d probably rate it around a 4 or 5 but then I played the DLC which is included in the price for the digital deluxe edition… and it bumps it up. Instead of an entirely bitter taste in my mouth after playing it’s more bittersweet and I’m gunna give this version of the game a…