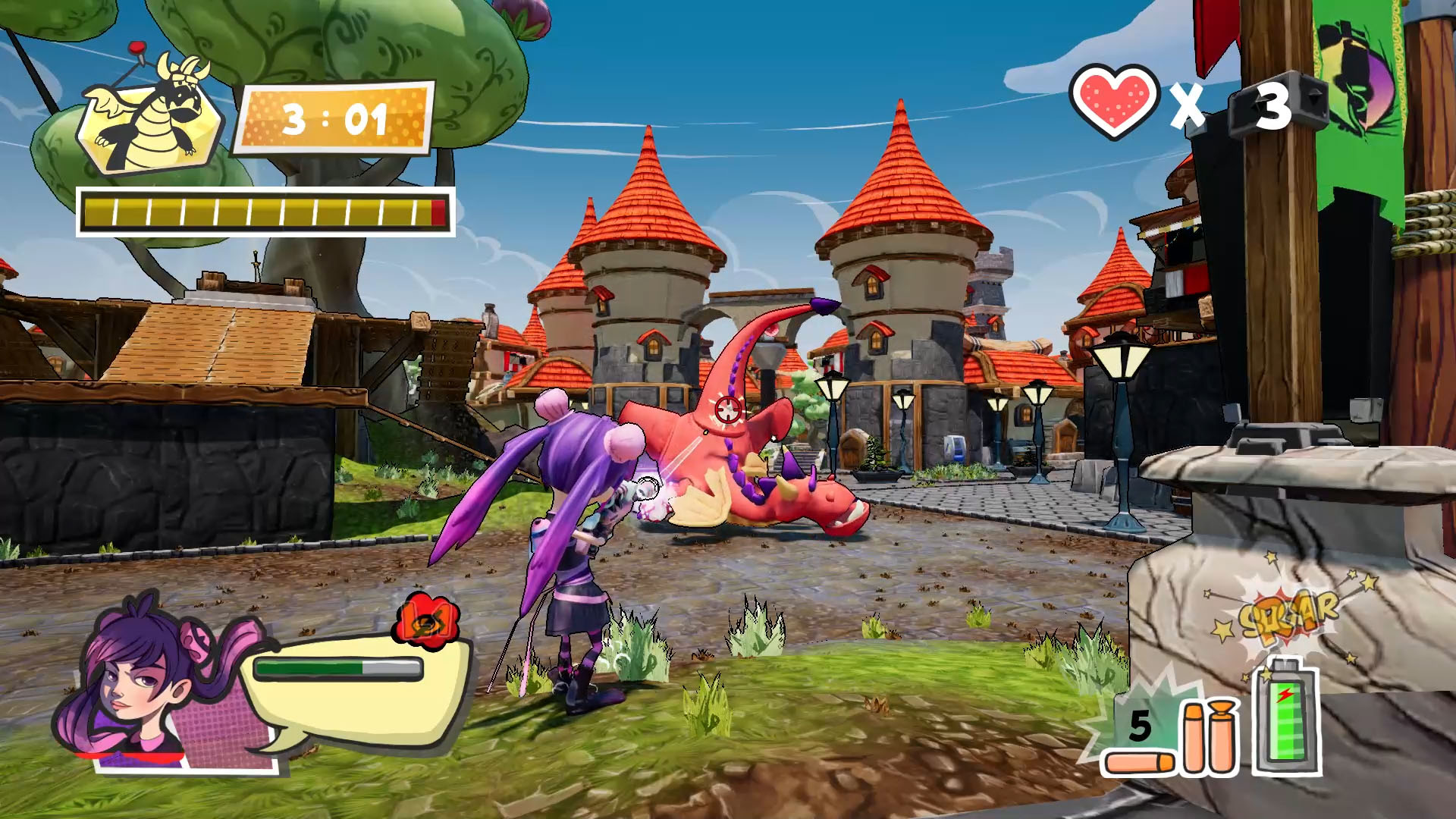 Current generation has been rapidly stepping away from static, single-player experiences, and is steadily heading towards an online-only future. As titles such as Overwatch, Rainbow Six: Siege, and Destiny, have been dominating the market in recent years. And the online-only hype has been increasing with each and every passing month, and it has come to a point where even Call of Duty, a franchise known for its memorable, if short, single-player campaigns, is abandoning its roots in favor of online-only Call of Duty: Black Ops 4.

The vast majority of AAA publishers possesses at least one title, which heavily relies on its multiplayer component. And the financial success in which games such as Overwatch and Counter-Strike: Global Offensive bathe in, has enticed smaller publishers and developers, of the indie caliber, to try their hand at creating the next big, lootbox driven, money sink, which will generate an abundance of profit for years to come. And the PlayStation 4’s Rascal Revolt, was clearly meant to be one of such titles. But the final product is far from what most have come to expect from such games.

At its bare bones core, Rascal Revolt is closer to Call of Duty’s Zombies component, than Overwatch’s multiplayer. And while the title at hand does feature a handful of class based characters, just like Overwatch and all the MOBAs, then it has to be said that its rather unimpressive PVE gameplay, is just a poor copy of Call of Duty’s modern take on the Zombie component. 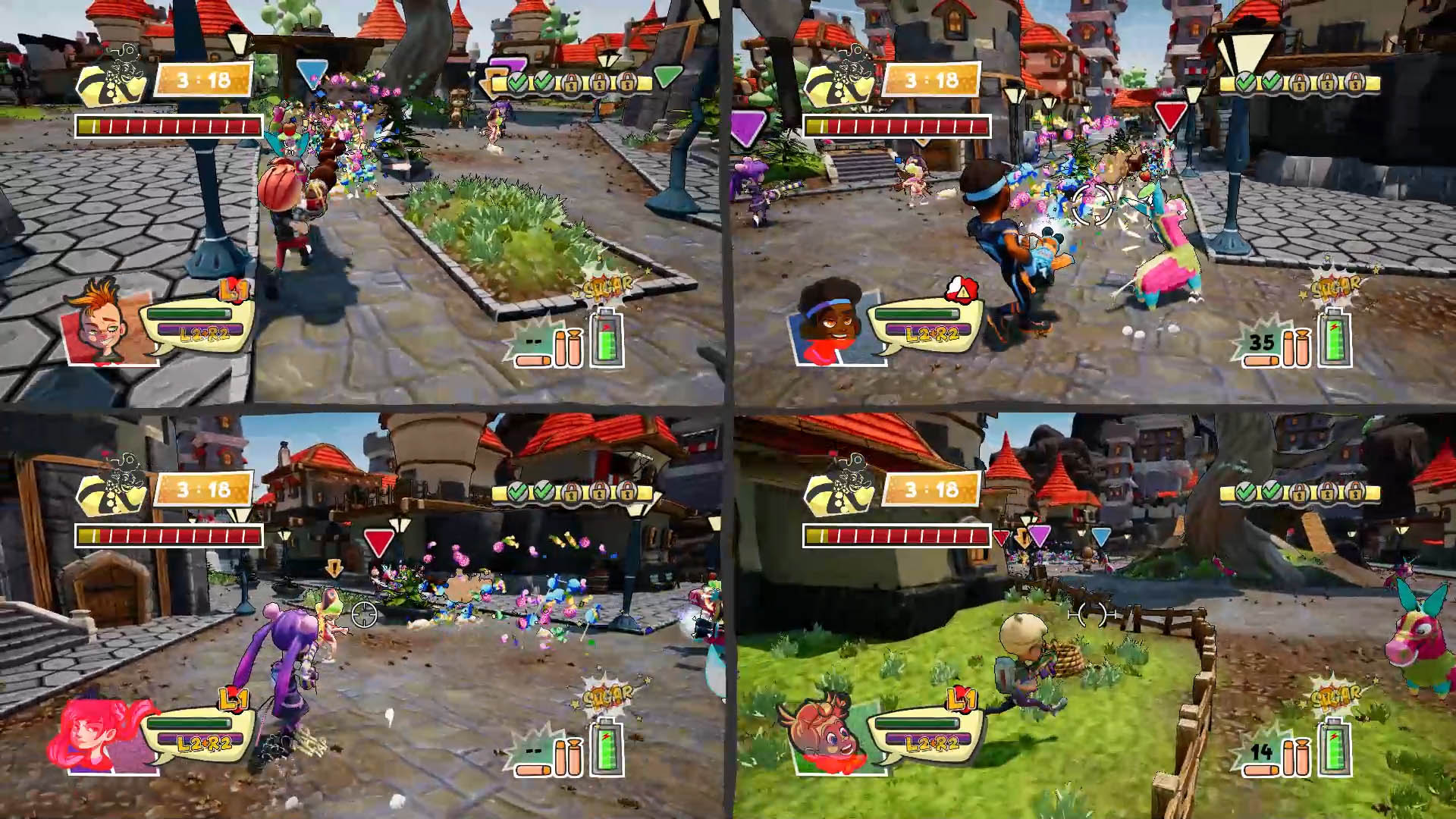 Within Rascal Revolt you’ll find a handful of arenas which allow you to play out the quote-on-quote story mode, survival, and extreme survival. And the first, while featuring the word story, boils down to you completing arbitrary missions and fetch quests, which get boring within seconds. And the latter two, as you probably might have guessed it, boil down to simple survival. And while there is nothing wrong with killing hordes of genuinely challenging, and entertaining mobs – such as in Gears of War – then unfortunately, the same cannot be said about Rascal Revolt, as its core enemies are completely brain-dead, and simply throw themselves at yourself, unless they run into a wall – which they can’t get around – or until you kill them.

Rascal Revolt’s AI is basically nonexistent, as all in-game hostiles are like bronze Overwatch players, they simply charge forwards while holding left-click, hoping that maybe, just maybe they’ll hit you. And fighting foes such as this is not only depressing, but also soul-crushingly dull. And if not for the fact that the in-game pinatas, teddy bears, and toy robots are so hilariously animated, and by hilariously I mean poorly, then the gameplay of Rascal Revolt would be simply unbearable. But that being said, catastrophically poor animations do not excuse in any way, shape, or form, the monstrously poor gameplay of Rascal Revolt.

Rascal Revolt, for the most part, feels like an incredibly passive experience, and not because it features limiting gameplay, but because its gameplay lacks any sort of meaningful audiovisual feedback. And while the title in question does force you to kill hordes of brainless enemies, it does not provide you with any impactful or satisfying weaponry, and for the most part, it feels like you are firing bb pellets, at papier-mâché targets. Weapons have no kickback, lack any complex animations, enemies barely even flinch, and upon death, they simply disappear. But not for long though, as every single enemy which anemically disappears into the thin air, re-spawns within seconds. And even within the poultry story mode, you’ll have to terminate dozens of brainless, and depressing cannon-fodder.

The basic gameplay of Rascal Revolt is disappointing to say the least, but fortunately for it, the rest of the title is on the same, equally unimpressive level. For example, Rascal Revolt’s graphics are not offensive nor repulsive, but their sheer lack of quality and overwhelming simplicity, only further drag the title down. And to top it all off, the title’s dull if colorful visuals are only further impeded by the heads-up-display, which is overwhelmingly large and completely opaque. And this means that when playing, your view is completely obscured by massive rectangles and squares representing your health, ammunition, and your character’s super ability charge. And maybe that’s for the better, as overly large health bar and ability meters, ultimately cover up the title’s visual shortcomings. 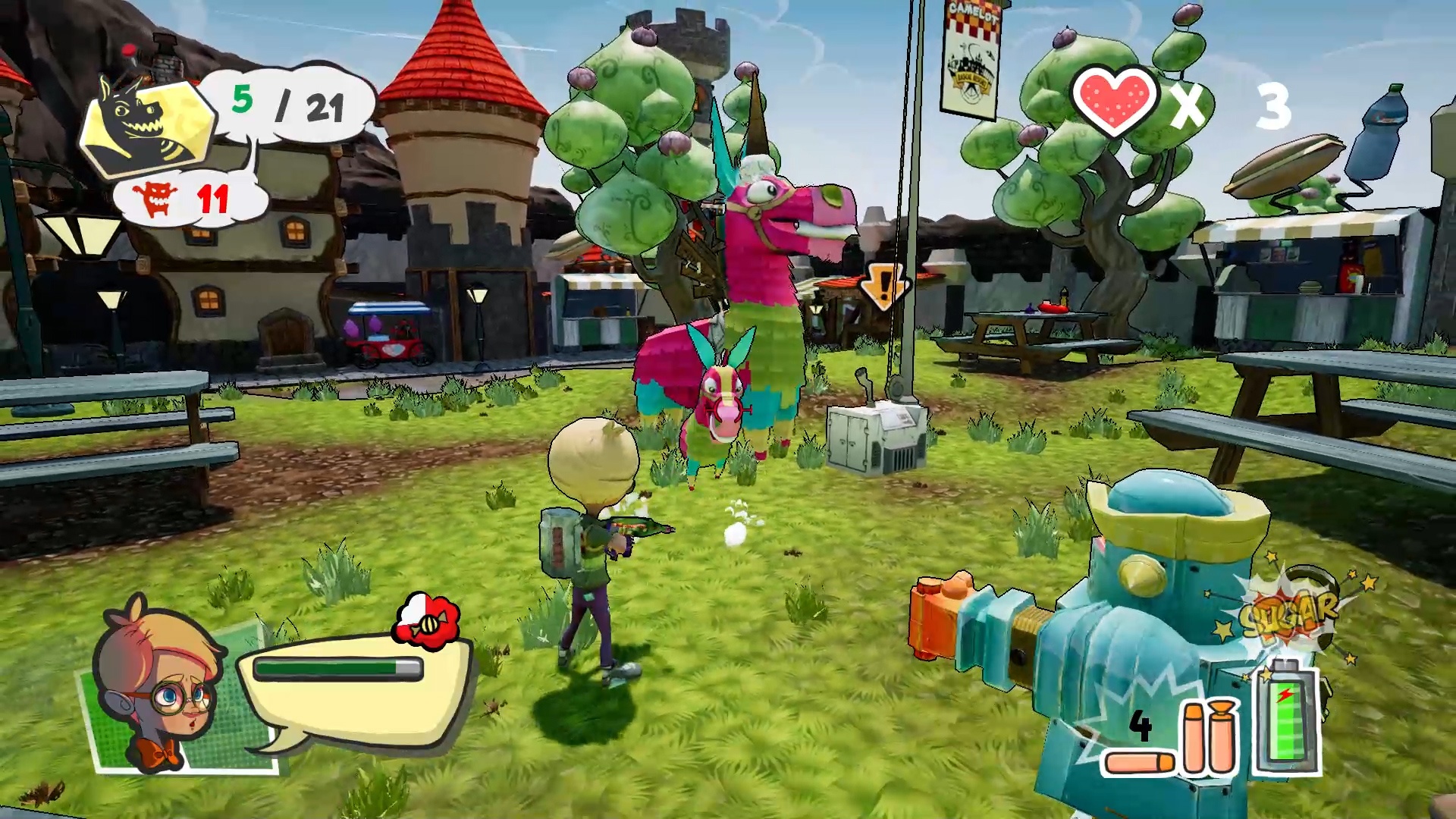 As mentioned before, Rascal Revolt is what you would call an aspiring class-based shooter. But unlike Overwatch, it doesn’t feature 20 odd heroes at launch, but just four. And all four of those quote-on-quote rascals, are equally uninspiring as they are uninteresting. And once you had a spin with each and every one of them – and this shouldn’t take you more than fifteen minutes, you’ll feel like you’ve seen everything that the title has to offer, single-player wise. And once that feeling kicks in, you’ll be ready to face the title’s multiplayer.

When you back out to the main menu, once you have played with all the heroes, and dipped your toes into the title’s excuse of a story mode, you’ll then be able to combat other players online. But there is an issue with that, namely one revolving around the fact that despite Rascal Revolt’s core, this particular game does not feature a multiplayer, or even an online component. And laughably enough, Rascal Revolt can only be played in single player, or in couch co-op. So despite of what the title pretends to be, it is in fact far from it. And yes, Rascal Revolt is a co-operative shooter, but in order to play it in co-op, you’ll need to find at least one person who is deranged enough to waste his/her time on this rather depressing title.

Ultimately, Rascal Revolt is nothing more than a tech demo for what could be a fairly enjoyable title. But its inherent lack of meaningful content, and a complete lack of polish, ultimately demote it to a status of the aforementioned tech demo. And no matter how far one decides to dig into this particular game, he/she will find nothing more than an abundance of rough edges, which would give a rusty hacksaw a run for its money. And if you are looking for a co-op shooter to play with your friends, then you are better off looking elsewhere, as Rascal Revolt is far from acceptable co-op experience, as it even lacks the basic co-op features which most modern titles posses – mainly an online component.