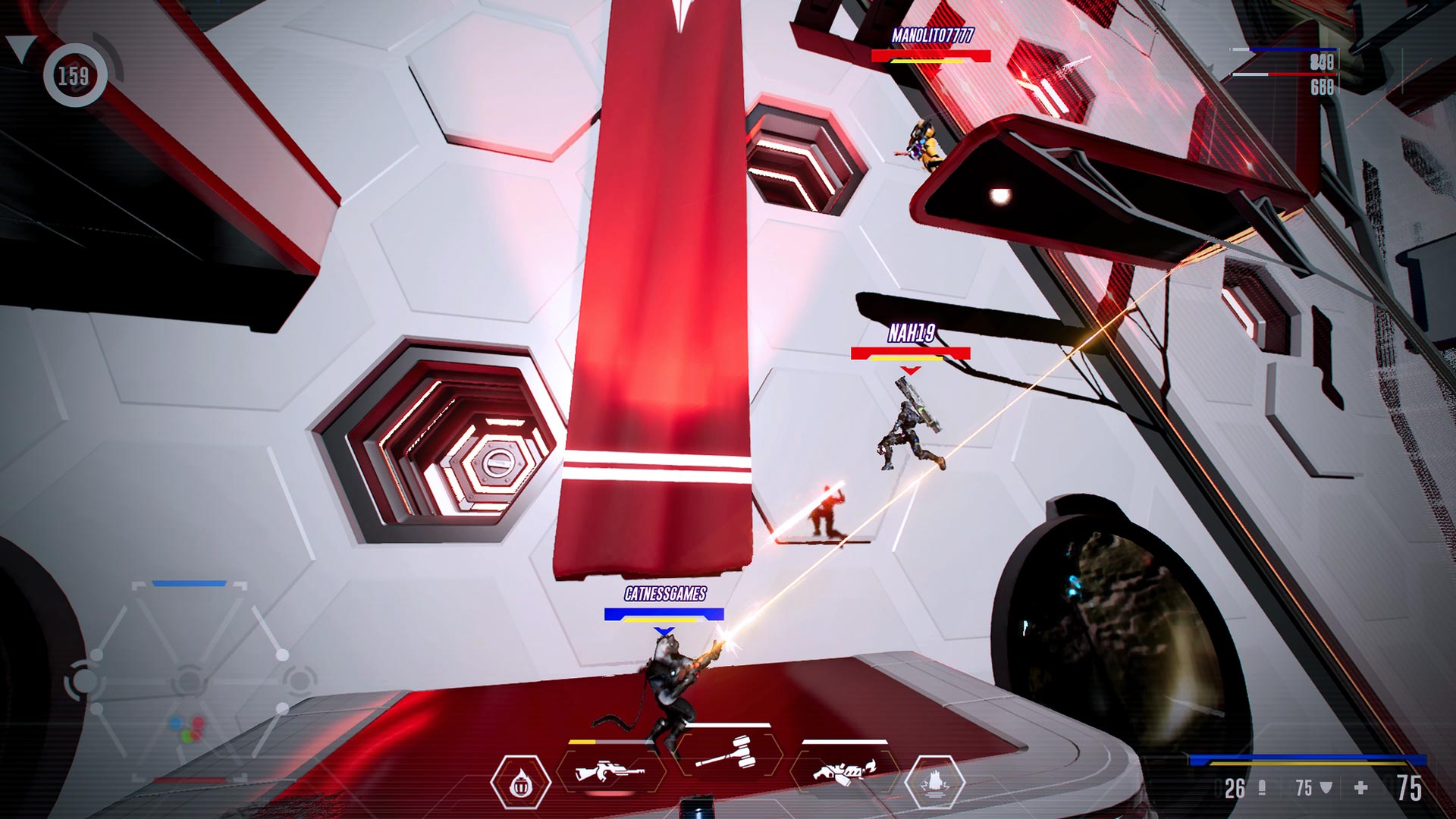 Recently, I have reviewed Runbow. A fairly decent, multiplayer based indie title, which despite of some of its design related shortcomings, was above and beyond the majority of modern multiplayer indie games. However, it did have one flaw of overwhelming significance, for which the developers weren’t necessarily responsible, as the said flaw was related to the fact that nobody was playing it online. And I don’t mean that it is dead as in Infinite Warfare dead which is still played by thousands, but people simply exaggerate its lack of popularity; I mean literally dead, as Runbow did not have a single person playing it at the time of my review. And while I was surprised by that fact, I was nowhere near as astounded by it, as when I have found out that HIVE: Altenum Wars is also a title which nobody is playing.

When I first started up HIVE: Altenum Wars, I was welcomed by a message underlining new additions featured in the patch 1.13. And this somehow reassured me that unlike Runbow, HIVE may not be completely dead. So once I have closed down that screen, I’ve jumped straight into the tutorial which was suggested to me. And I have to admit, I was entirely impressed by what has been served to me. Movement felt relatively weightless and floaty, combat lacked impact or any form feedback, and lastly, user input was always translated one-to-one, as clearly the title’s animation portfolio is incredibly lacking. But all those shortcomings, did not stop me from pressing forward, and once I was done with the rather unimpressive and dull tutorial, I was ready to jump straight into my first match.

In game, you can either participate in king of the hill based multiplayer, or co-op survival. So obviously I have decided to go in deep, and went straight into the multiplayer portion of the title, ready to collect some scalps. But once I have pressed ‘search for match’, I was faced with the reality of the fact that HIVE: Altenum Wars is a completely dead game. But despite of the fact that nobody has joined my lobby within the first five minutes, I have decided to persevere, and give HIVE one more chance, and by one more chance, I mean one more hour. 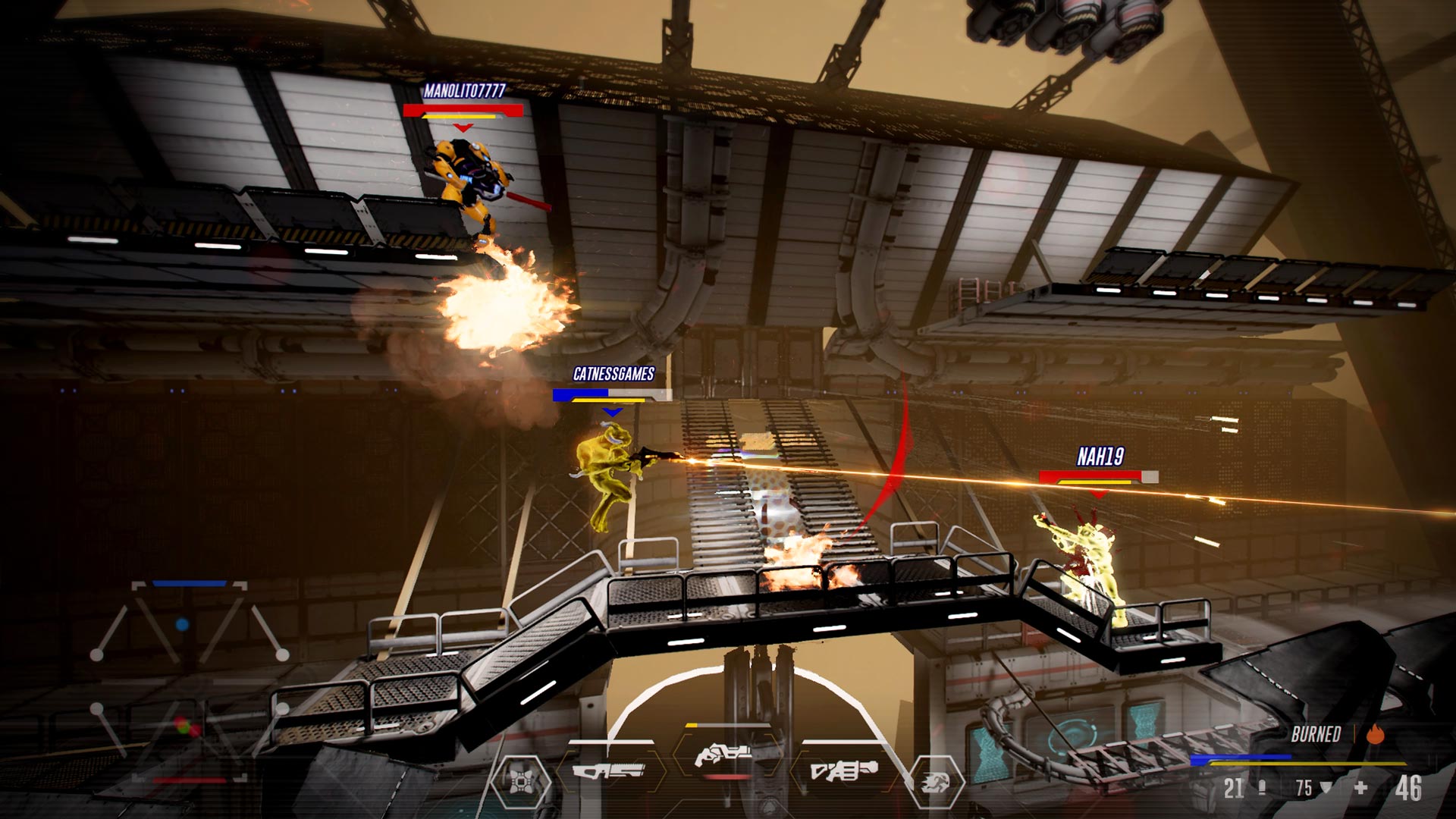 As the clock was ticking, I was slowly losing interest in what was happening on the screen. So soon enough, I was browsing Twitter on my phone, and have pretty much forgotten about HIVE: Altenum Wars. But after about thirty minutes or so, something flickered in the corner of my eye, and when I have turned my head I have noticed that I was in an active lobby, on my way to the match. But before I could get excited about  playing against others, I’ve noticed that beside me, there was just one more player in the lobby, and considering that he was the only other person playing this game, I expected to get annihilated. But I have soon found out that my worries were unjustified.

The core objective of HIVE: Altenum Wars, is to capture ever new areas which spawn across the map, and within my first match, I have captured the first ‘flag’ without even coming across the enemy. So at that point, I was well on my way to victory. So as soon as the countdown finished, and the second point has spawned, I boosted to the next objective. And as the lack would have it, I came across my foe, which proved to be not very good, as I have clapped him without getting damaged. But despite of his defeat he returned, and as soon as he has poked out his head, I shot him with a rocket launcher, and finished off with a pistol.

After our second encounter I haven’t seen him until the very end of the match, where in last-ditch attempt he threw himself at me, and got clapped once again. After this has happened, the match has come to a close. And I came to a realization that HIVE: Altenum Wars, is dead not because it was too expensive or too obscure, but because it is simply not very good. The gameplay relies on a gimmick where the screen rotates whenever you step on a wall, and whenever a turn of the screen happens, it is easy to get turned around – especially when you end up facing a dead-end. In addition this mechanic also offers an unfair advantage, to those who stand on floating platforms, as it allows those players to see enemies who can’t necessarily see them. And I have noticed that when I clicked my only enemy with a rocket launcher, he was completely oblivious to where I was, whereas I could see the majority of his model. 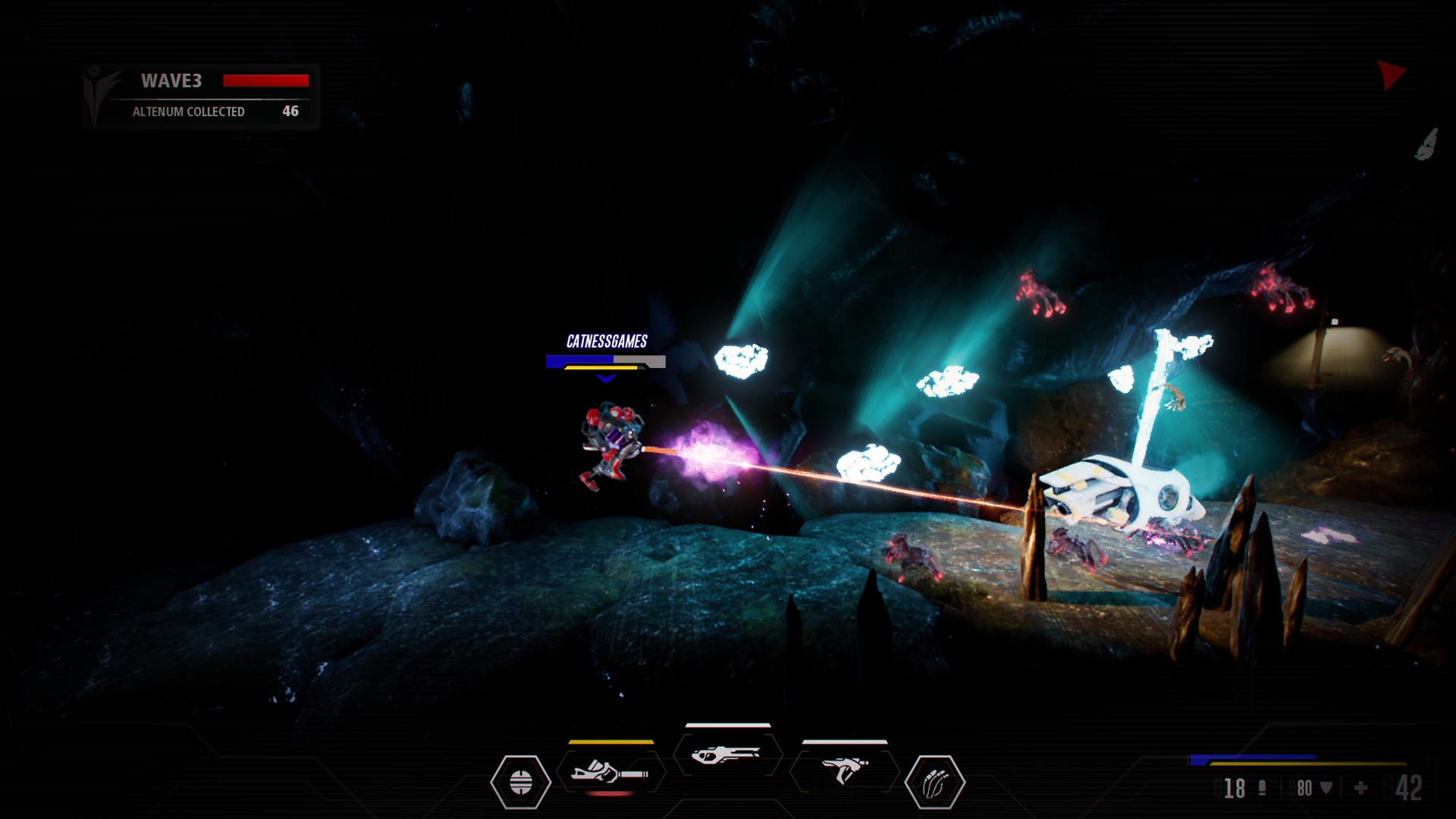 After the first match has come to a close, I was returned to lobby, and offered to play another game. But before I could do it, my only opponent has left, and after that I couldn’t find another match before the end of the night. So with nothing left to lose, I have jumped into the survival component of the title, which unfortunately was the dullest survival mode I have experienced on this generation of consoles. The enemies are  ugly and uninspiring, the gun-play as mentioned above as abhorrent, and the screen shifting mechanic only further drags it down, as it puts certain enemies out of your view. But missing out on enemies is maybe for the better, because as mentioned above, they’re not exactly a pleasure to look at, or play against.

Admittedly, I haven’t gotten far within HIVE: Altenum Wars survival, as within minutes it has bored me to tears, and after the third wave I have decided to kill myself off with a rocket launcher – just to end my suffering. And before the title in question could even serve me with the end-of-session summary, I was long gone, as I was pressing the PlayStation button to quit the game, long before my avatar’s body has hit the rather ugly, and mindbogglingly low-quality ground. And sure, I could have continued playing as HIVE: Altenum Wars is incredibly easy, but it requires you to unnecessarily babysit a traveling payload, and doing so adds frustration to the otherwise dull endeavor.

Runbow and HIVE: Altenum Wars, may be two completely different titles genre wise, but at the end of the day, they’re equally dead. However, Runbow does possess a fairly reasonable single-player component, whereas HIVE: Altenum Wars, features an excuse of a survival mode full of bland and unnecessary gimmicks. But you can’t expect much from a game, which doesn’t feature simplest kick-back animations, and one which has guns firing bullets from the side of firearms’ barrels. And while it is bound to be sold for next to nothing in the coming indie sales, then you should still stay far away from it, even if it retails for less than £3.