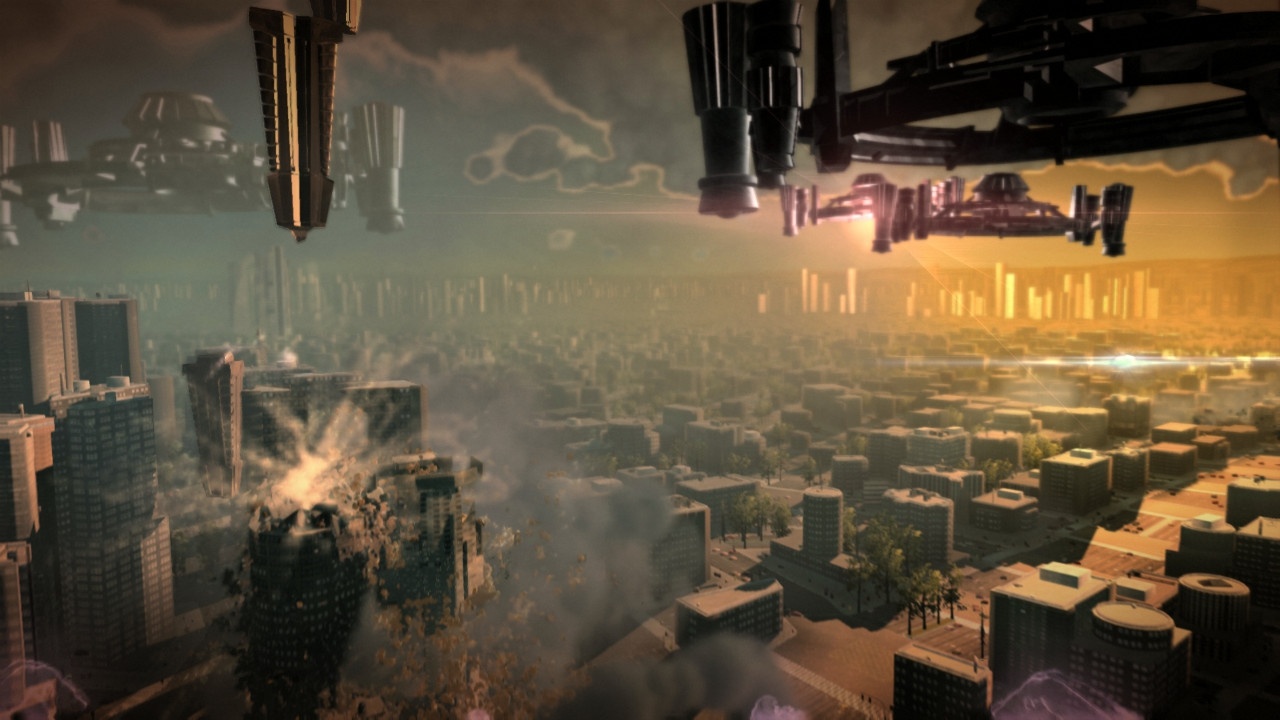 The success of the superhero franchise can’t be denied. Its popularity has seen a resurgence in recent years with blockbuster films, such as the Avengers series and the success of video game titles that perfectly replicate the abilities of Spiderman and the gothic settings in Batman. However, if there’s one particular hero that has never found his, or her, potential in gaming, then it has to be Superman, or girl. Although not directly licensed, or even based on the pant-wearing man of steel, Megaton Rainfall, a new superhero arcade/simulator game for the Nintendo Switch, captures the essence of this particular superhero, with its speed of light flying mechanics, as well as a host of human-saving feats that could have been lifted straight from the series of films in which he, or she, has starred in.

Developed and published by Pentadimensional Games, Megaton Rainfall puts you in the shoes, or pants, of a superhuman being, known only as the offspring. Guided by a mysterious cube, you soon learn of an alien race, the Intruders, that have followed you to the planet Earth. Hell-bent on the destruction of the human race, it is up to you to utilise your superhuman powers to save the Earth’s population and rid the planet of the alien scourge. Just another typical day in the life of a superhero then.

With your new-found super powers, you have the ability to fly faster than a speeding bullet, fire blasts of energy from your hands, possess superhuman strengths and remain indestructible. Not too bad for a day’s work! You begin your adventure in space, high above the Earth and, following a set of waypoints, you descend to the planet’s surface; skimming over mountainous terrains, city landscapes and rolling oceans. It isn’t long though, before your waypoint marker guides you to an alien threat. By using your god-given, or cube-given powers, you chase down a variety of threats, targeting their weak-spots and sending them back to oblivion, as well as save the day and the human race. Again, not bad for a day’s work! 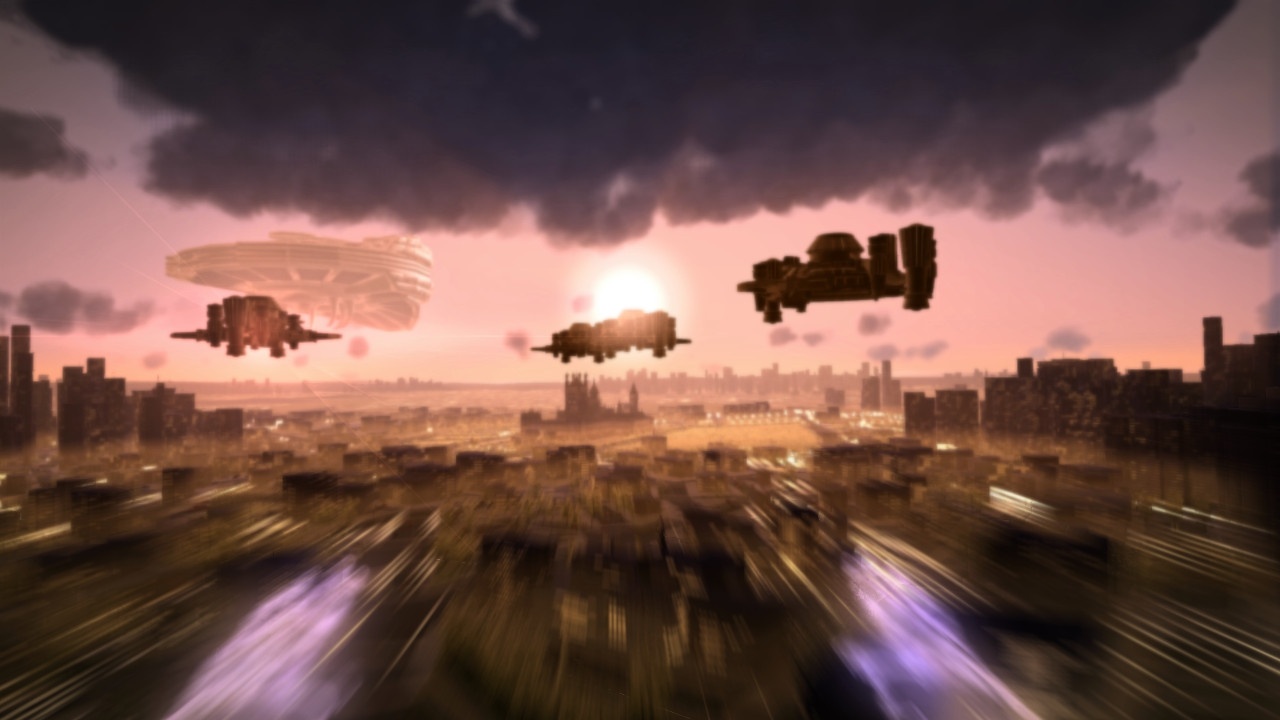 However, being indestructible and possessing a wealth of superhuman powers doesn’t mean that this is all plain sailing. The threat of the Intruders sees them terrorising cities all over the world in a variety of guises from War of the Worlds style walkers, looming motherships, towering crushers and insect-like craft that dart around the landscape in a flurry of moves. Keeping up with the vast array of craft, as well as finding and targetting their weak points, highlighted by a red marker, creates all manner of problems for you; all of this whilst keeping one eye on the collateral damage and human casualties being inflicted by the invading force and, sometimes inadvertently, by you.

With no health bar to worry about, your main aim here is to keep casualties to a minimum, its numbers being displayed by meter that gradually depletes as the aliens wreak havoc. Once the meter empties, then its game over and you have failed to save mankind. However, it isn’t only the damage caused by the alien force that you need to be aware of, as inaccurate shots of your energy blasts can decimate buildings and kill innocent civilians; adding further to the total of damage and casualties sustained. It’s important to be accurate when using your superpowers, a prospect made even more difficult with the erratic movements of some aliens.

This mechanic of the gameplay produces a sense of urgency, as you battle against the clock of human casualties. Once you clear the city of any threat though, you attain a harvesting of alien energy, bringing it back to the mysterious cube, where it transforms its energy into a new power for you to use. These range from thermo-nuclear blasts, freezing time, heat rays, telekinesis and the ability to drill underground. However, despite attaining a number of superhuman powers, they all have a cool-down period after use, making their usage one that must be utilised at the right time. It creates a very tense atmosphere, but one that is thoroughly pleasing with its sublime execution of experiencing the ability to wield superhuman powers. 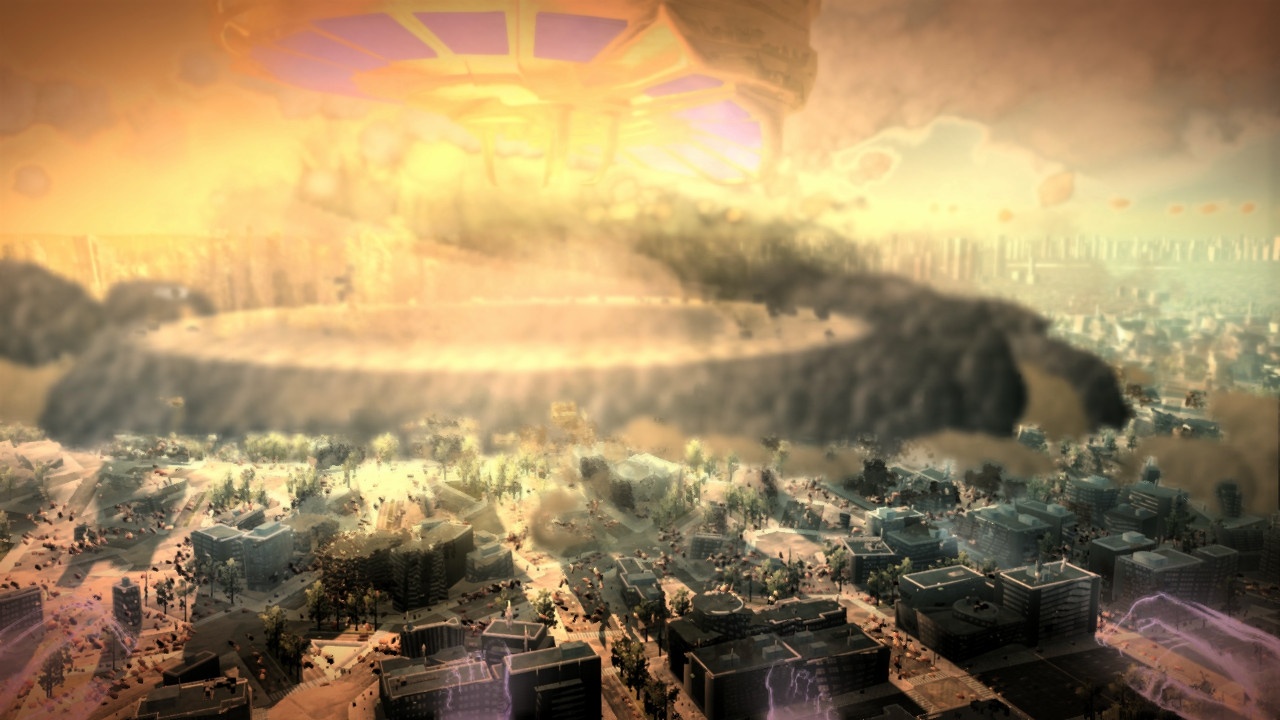 The flying mechanics here are super smooth, maybe even a little too smooth. Viewed from a first person perspective, with only your hands, and sometimes your feet, being visible in front of you. The sensation of speed is perfectly executed, as you fly over a variety of semi-procedurally generated landscapes beneath you; although there are also a spattering of famous landmarks that are instantly recognisable too. Your speed is controlled with the left thumbstick, whilst direction is implemented by the right. Energy blasts and powers can be triggered with the ZL and ZR shoulder buttons, whilst ascending and descending is controlled with L and R. It’s a simple control scheme, but its one that works extremely well; especially with the urgency with which you need to fly and fight against the alien scourge of the Intruders. It really does truly create the illusion of flying over the world to superb effect.

You can even fly through the atmosphere into outer space; making traversing the Earth’s circumference a doddle should the alien invaders start attacking a country that is situated on the other side of the world. The visual effects of this game are astounding, from soaring over landscapes to breaking through the Earth’s atmosphere; it all creates a superb feeling of being superhuman and successfully recreates the mechanics of being a superman, or girl style of character. However, there are also some technical downfalls to the game too, with some basic texturing, pop-ups and the occasional frame-rate stutter. However, these don’t detract from the overall experience, as the speed in which you fly and the urgency of each mission task, barely make these faults noticeable. Sound effects have also been implemented well here, with whooshes of speed, screaming civilians and a heroic soundtrack that matches the on-screen action.

Overall, Megaton Rainfall does a great job at emulating the qualities of being a superhero. It may not be a refined experience, in fact, it’s rather rough in places, but it’s a hell of a lot of fun to play. It’s arcade-style can begin to feel repetitive after a while and it doesn’t contain a mass of depth, although completion does unlock two further game mode: score attack and free roam; both of which play within the same mechanics. It’s eight or so levels don’t take an age to get through either, although they do present a nice challenge. However, when you consider that this is a game that was developed by one man, Alfonso Del Cerro, during his spare time over a five-year period, as well as coming in a package that weighs less than seven-hundred megabytes, then this is simply a game that is a super-heroic achievement in itself. If you’re looking for a title that gets as close to being Superman, or girl, as you can possibly get, then there’s no better game, or more unique experience, than the offering of this one upon the Nintendo Switch.