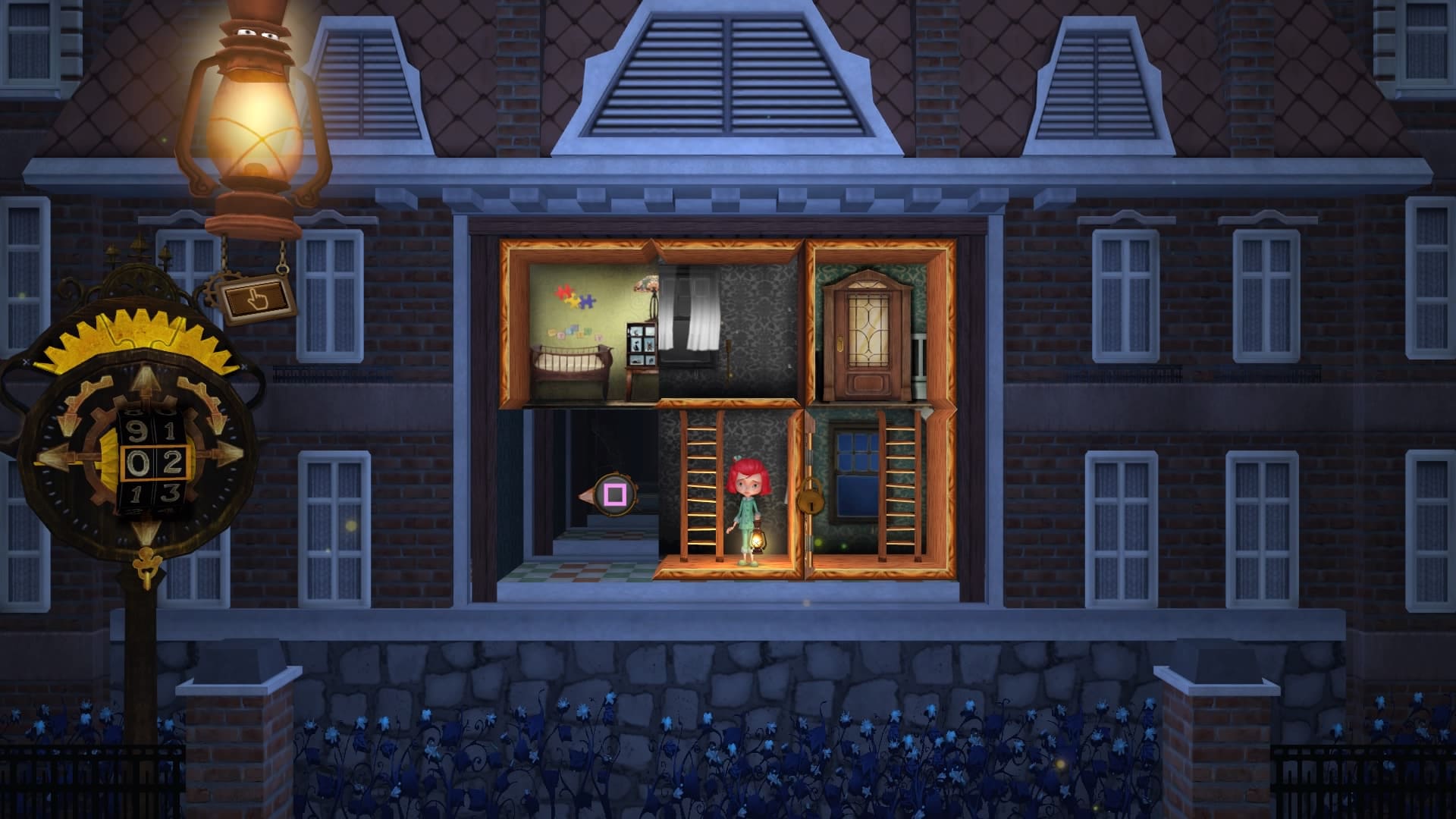 In Rooms: The Unsolvable Puzzle you are a young girl named Anne. A mystifying mansion appears outside her house one night. Anne enters and finds herself trapped inside. The only way to get out is to complete a series of progressively more complicated puzzles. As you progress through the puzzles you uncover more of the story and the cryptic Toymaker. The story is revealed through a set of black and white storybook scenes, the more puzzles you complete the more story you get to see. 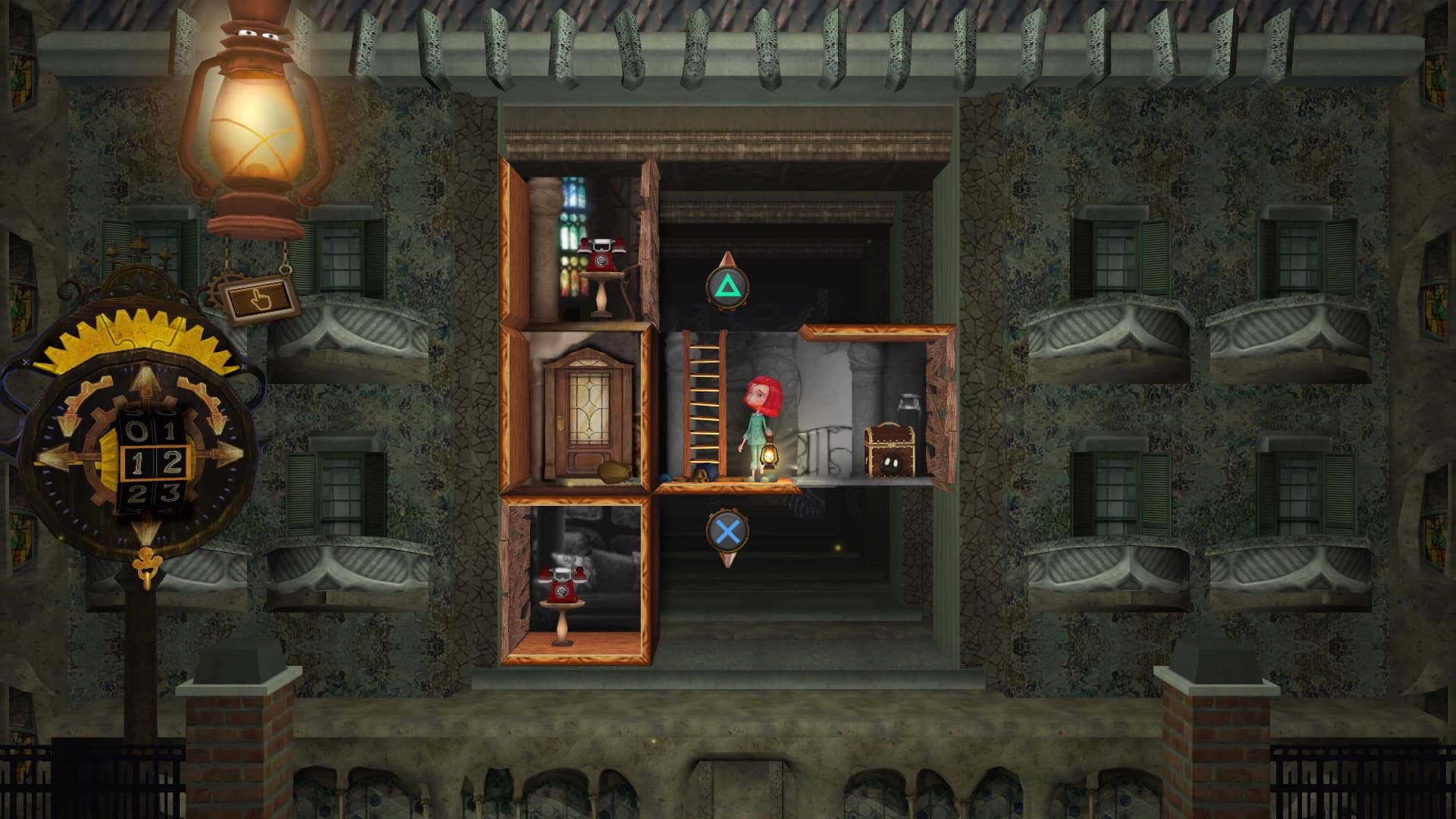 There are 144 levels split over 4 areas, as you complete each area you move onto the next. You can’t move on without completing the puzzles, so you better be prepared for a fair bit of trial and error. Rooms: The Unsolvable Puzzle is set up like a slide puzzle. You start off with a few ‘blocks’ of scenes, they look like the inside of an old antique house. The idea is to move Anne into a block, then you can move the block into an available space, so you can move the block left, right, up and down. The only way to leave the ‘puzzle’ is to get Anne through the door on-screen, you need to manoeuvre Anne into blocks to help you move towards the objects. To start off with the puzzles are very simple, only taking a few moves and climbing ladders to reach the door. As you get better the puzzles get more complicated as more usable objects come into play and the mansion also becomes more deadly. There will be points where you need to get a key to unlock a block so you can get to the door. Wardrobes allow you to change the structure of a block, for example some blocks have impassable walls, if you change in the wardrobe then those walls can disappear. Phones can be used to move between specific blocks, bombs can be used to blow up impassable walls but they can also kill you. Dangerous puppets appear later in Rooms: The Unsolvable Puzzle, if you walk into them they kill you, they follow you in a similar vein to enemies in the Hitman/Lara Croft Go games, but they can be blown up. However they can also repair themselves. The variety in getting Anne to the door in each puzzle is clever, as each new element must be considered, although not every element in a scene is required thus adding more complexity to Rooms: The Unsolvable Puzzle. An important issue to raise is that you unlock puzzle pieces when you complete a level, the less moves you use then the more puzzle pieces you’ll receive. 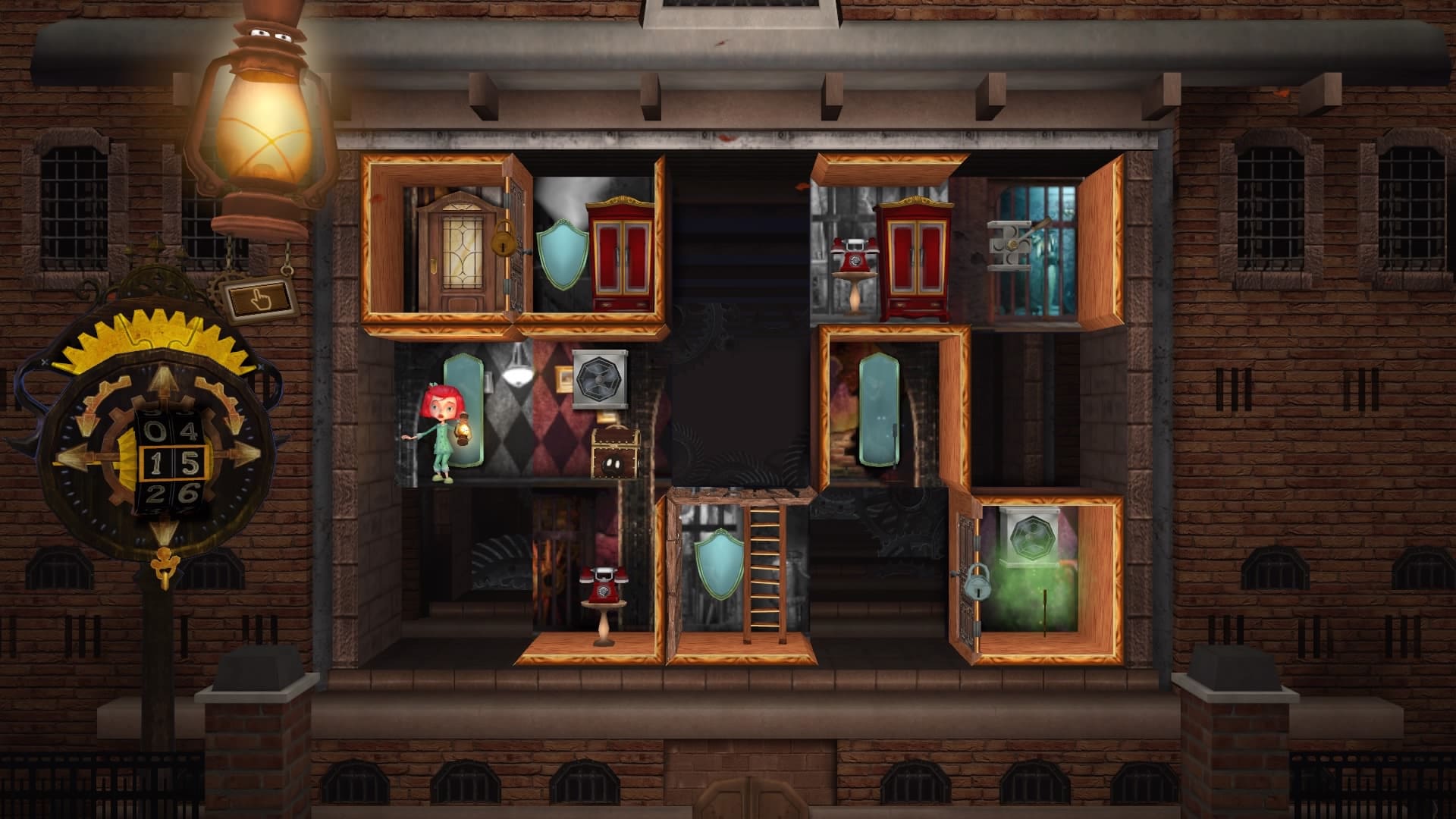