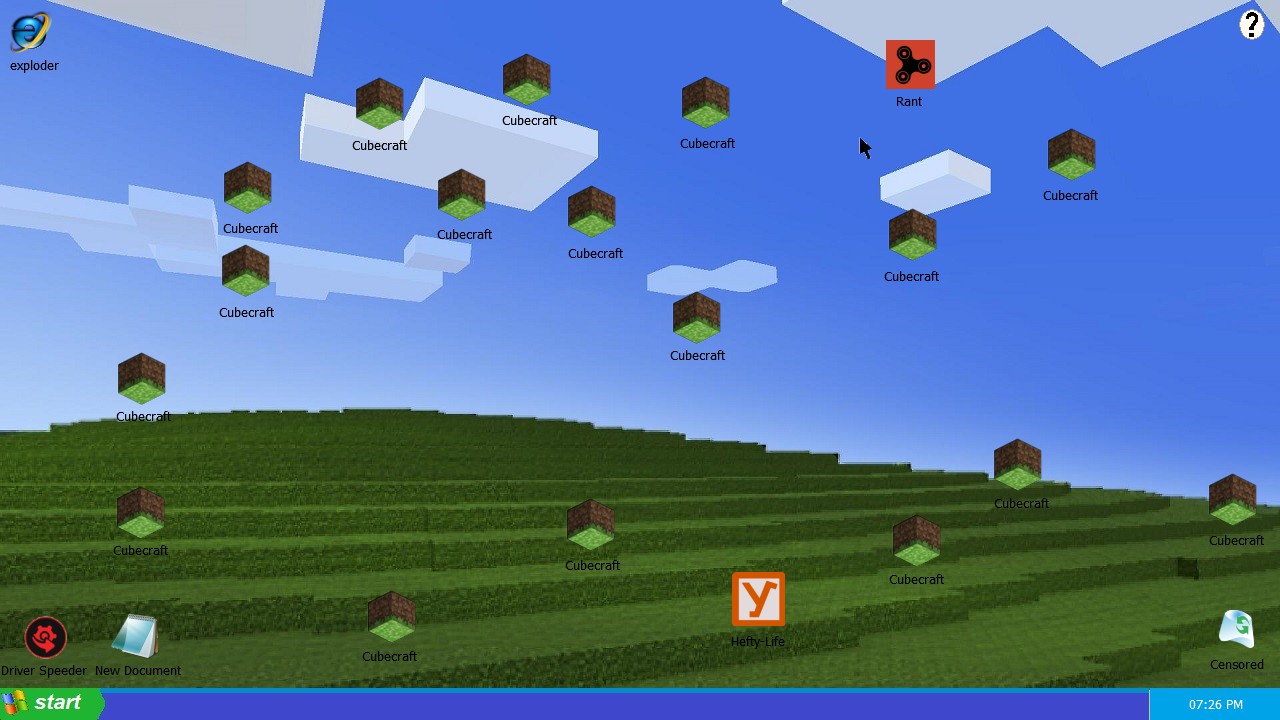 Starting the Game is a short little game that can be played through quite quickly, but with a mixture of hidden achievements, some unexpected surprises and a clever sense of humor; plus you get a surprising amount of game play out of it as you explore all of the nooks and crannies.

The game is self-referential, fourth wall breaking, and meme-filled. You are simply trying to start a game. When you first open up Starting the Game it asks you to choose between a female narrator or a male narrator, with the text telling you to choose the female and arrows pointing to that button. Do so, and you’ll be asked if you know what reverse psychology is. And of course, the game only actually has a male narrator. There’s a lot of that kind of humor throughout.

From there you log onto a Windows desktop and have to try launching the titular game while following the instructions of the narrator, or sometimes ignoring his instructions and exploring the other options on the desktop in search of secret achievements. 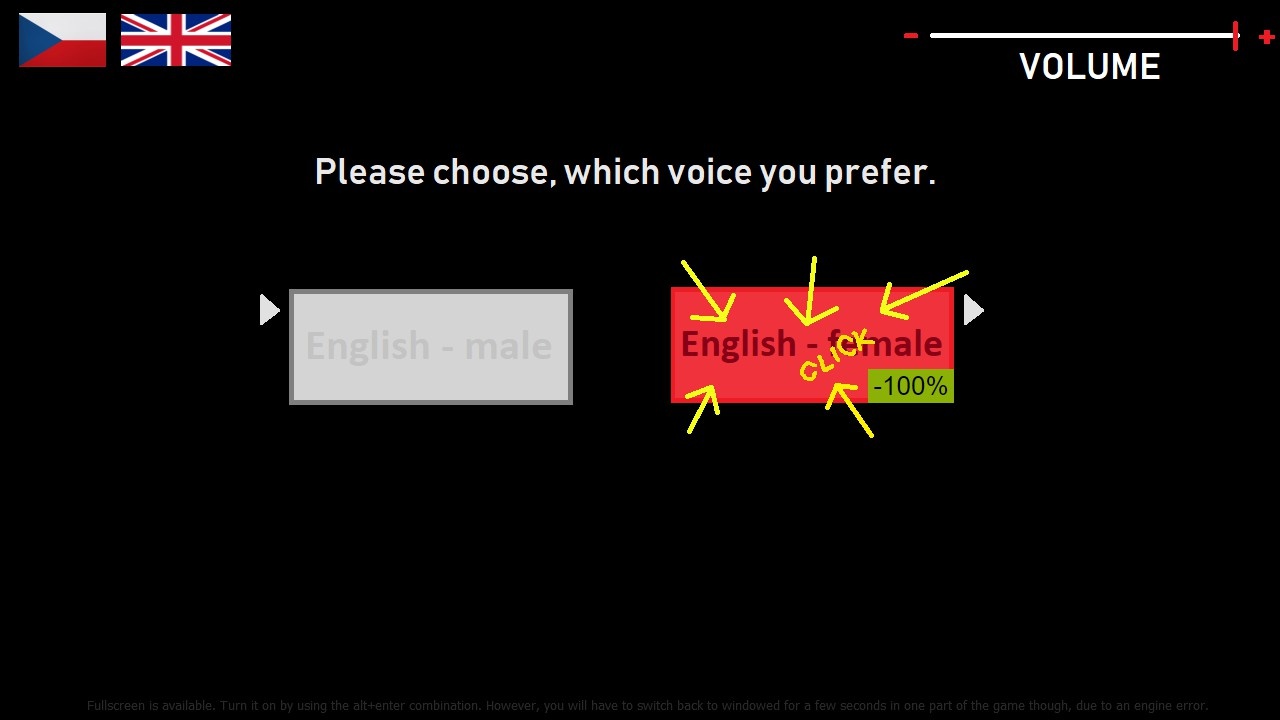 There is a nice mixture throughout of different tasks you have to complete and the game never dwells on any scene too long, perfect for such a bite-sized game. And if you get stuck, a helpful hint box is available in the top right corner.

The narrator does a fantastic job. He carries a large portion of the humor and his performance is excellent. Not all the humor is left to the narrator however, with computer error messages abound and there’s plenty of IT and computer jokes sprinkled about.

While the achievements are hidden they’re not super difficult to find, though a couple are random, so you may have to play through several times if you’re determined to be a completionist.

All that being said, the game does have some flaws. It’s possible to accidentally trigger a bug, making progression impossible, during the first windows screen if you click too quickly, not allowing the narrator to finish his spiel. There were also one or two points in the game, occasionally when I went off the beaten track and didn’t continue to follow the narrator’s instructions, when I was left with no clue how to continue. I seemed to be stuck with no option to either go back to where I was or to proceed. I just had to quit out of the game and start over. It wasn’t clear in those moments if it was intentional, a bug, or simply unclear signage pointing me in the right direction. Either way, it made what should have been a simple and straight forward game, more complicated and frustrating than it needed to be. 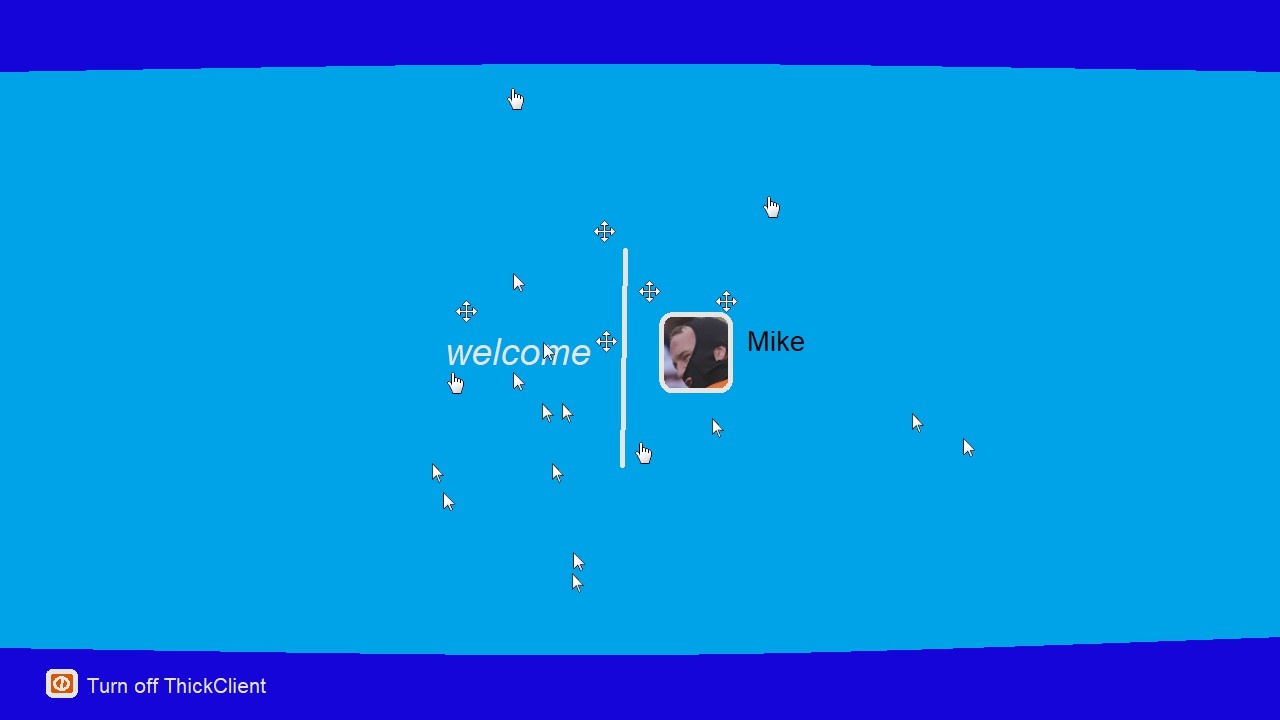 But what the game sets out to do, it does well. It’s short and, at 99 cents, extremely cheap. It’s a nice snack of a game that will make you chuckle and won’t leave you annoyed as you hunt down all the achievements, because they’re all within reach for even a casual player. That being said, you’ll likely have done everything there is to do in the game after two or three plays, and you won’t be left with any replay value after that.

If you enjoy games that are one huge joke, where the point is the journey and not the destination, and your sense of humor is a nice blend of silly and the ridiculous, you can have a lot of fun with Starting the Game. Its humor is not entirely dissimilar from The Stanley Parable, though the game itself is on a much, much smaller scale and it knows it. Short, sweet, and to the point, Starting the Game will not blow your mind, but will give you a pleasurable afternoon. Not bad for 99 cents.

A short little game with a mixture of hidden achievements, some unexpected surprises, and a clever sense of humor.