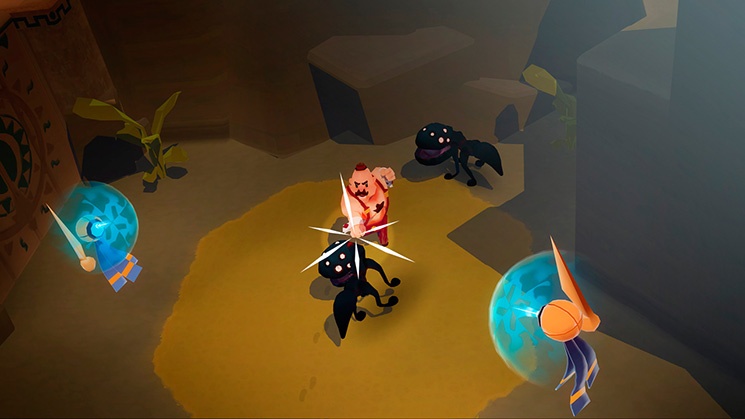 There was a lot to love in the first game from Rain Games, Teslagrad. It was atmospheric, clever, well drawn and had a pretty interesting storyline that the player needed to ferret out themselves. With a voiceless protagonist and a castle that was entirely hellbent on keeping you prisoner, the mixture of electrical magic and nefarious puzzles kept players on their toes, and your own inner monologue to drive the plot forward, it was an indie gem that really deserved a great release on the Switch. However, Teslagrad did too good of a job in creating its world, because, when all was said and done, I was satisfied. I didn’t want to know more, nor did I think it merited additional insight as to the how and the why of the game. But there was still a new tale to tell in this same world, so, with a slightly incredulous eyebrow, we dive into World to the West.

World to the West takes place in the future, at a time that’s not quite clear but certainly after the events of Teslagrad. Though we do see a bit of our voiceless protagonist from the original game, this spiritual sequel mostly gives spotlight to one of his descendants (and presumably his daughter) and three other important characters, all of whom have found themselves tied into a mythical prophecy that concerns both the ancient past and the not-too-distant future. Basically, we gotta save the world, and is the quartet of technomancer, orphan, psychic and mustache man that’ll get the job done. Using might, magic and wits, our heroes must venture forth, solve puzzles and also defeat various enemies, some of monstrous size, to unlock the secrets of a forgotten people and help save the world they love and inhabit. 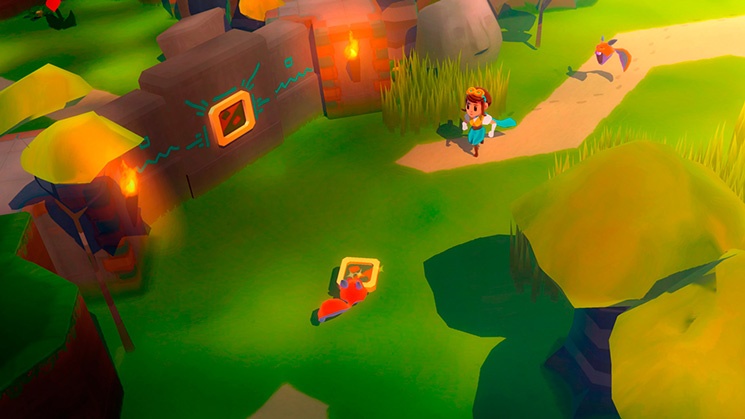 Right off the bat, this is not the same game that Rain Games put out so many years ago. Told from a top down, 3D perspective, World to the West is a straight up action adventure, falling much more into the vein of Legend of Zelda or, more recently, Blossom Tales, though with quite a bit of its own charm. Each of the four heroes has their own unique skill set, and these skills are pivotal to both solving puzzles and also defeating certain enemies. There’ll be times when the heroes are all traveling together, but, for the most part, they succeed best when separated and sent to perform various duties at different corners of the map. Thanks to a teleportation system that you encounter early on and learn better as time progresses, it becomes an easy task to spread out, focusing on attempting multiple points at once instead of simply being bogged down on a “fixed? Nope” sort of mentality with a singular area. The overall effect creates a really sprawling experience without the game being too overwhelming: if you’ve played it through once, you know how to quickly and succinctly deal with certain situations, but, for first time players, it’s a good amount of learning that adds extra depth and interest to the game.

I would be remiss if I didn’t comment on the graphics and art style of World to the West, and it’s definitely on par, if not better, than what we saw in Teslagrad. Every character still has that same “serious yet cartoony” effect to them, which is quite endearing and keeps players interested in what they’re seeing on the screen. Moreover, there’s a huge amount of detail that’s gone into the various lands that our heroes traverse, a pleasant surprise after the perpetual (but well done) dark notes of the castle where we last played. There’s a great deal of light and shadow, a balance between cute and awful, from the innocent little squirrel monsters that you beat down to the gargantuan robot monsters that the antagonists use to try and explode/squish you. The only real negative note is that, for whatever reason, the game does slow down and lag every once in a while, which is a bit of a letdown: for something that’s a lot more action oriented and coming from a studio that successfully ported their previous title, I was hoping for a smooth ride.

The soundtrack of World to the West is also absolutely captivating. Rather than focus only on the kind of synthetic sound that we heard in Teslagrad, this jaunt is quite orchestral, giving a wide range of tunes whether you’re in the deserts, deep underground or somewhere out at sea. I applaud the choice of music, as it really suits where the heroes continue to travel and gives a better scope as to what they’re doing and how absolutely large the entire game feels. In that vein, be sure to put aside at least a couple of days the first time you play through: you’re going to want to build momentum and then keep it going, because World to the West demands a lot of attention, and this is where a bit of a rub lies in the game. 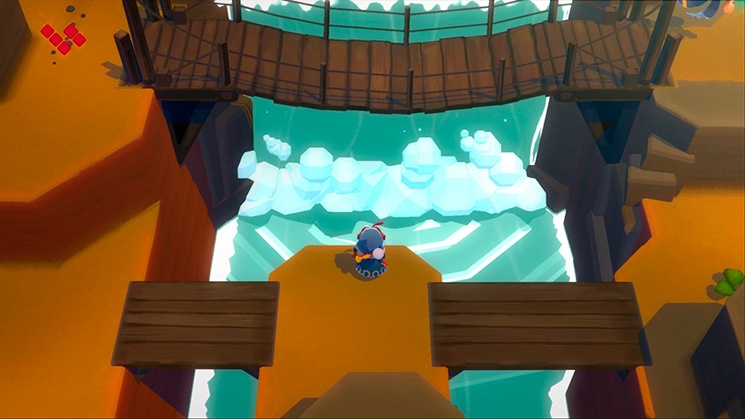 You see, as I mentioned in my other review, Teslagrad did a fantastic job of telling a story through suggestion and letting the player piece things together on their own, to the point where the developers eventually had to explain the story as they saw it themselves, since there were so many fan theories. I think Rain Games was hesitant to create this situation again, because the amount of talking and exposition in World to the West is positively exhausting. I spent so much time reading what everyone had to say that I started to go crosseyed. I honestly feel that this game wanted to lean more heavily into the RPG side of gaming, and I think it should have gone whole hog instead of committing to this “sort of RPG, sort of adventure” situation. When I’m running around, experimenting with skills and technology and fighting nighmarish lizard dogs, it’s phenomenal. When I’m in town reading endless word bubbles that are filled with specialty vocabulary that applies strictly to this particular leg of the game and nowhere else, I lose interest fast. I think players should definitely be aware of the level of commitment that you’ll need to keep the spark going for this title, because it’s not something that you can just pick up and put down. You need to stay in it, or you’ll be totally lost when you come back.

Overall, World to the West is a fantastic and delightful action/adventure/RPG, and fans who are looking for something unique and original in terms of mechanics and storytelling will feel right at home with this visually gorgeous title. However, if you were expecting something a little more along the lines of its predecessor, you may need to look elsewhere, simply because there is far more action and story than you may be ready for.