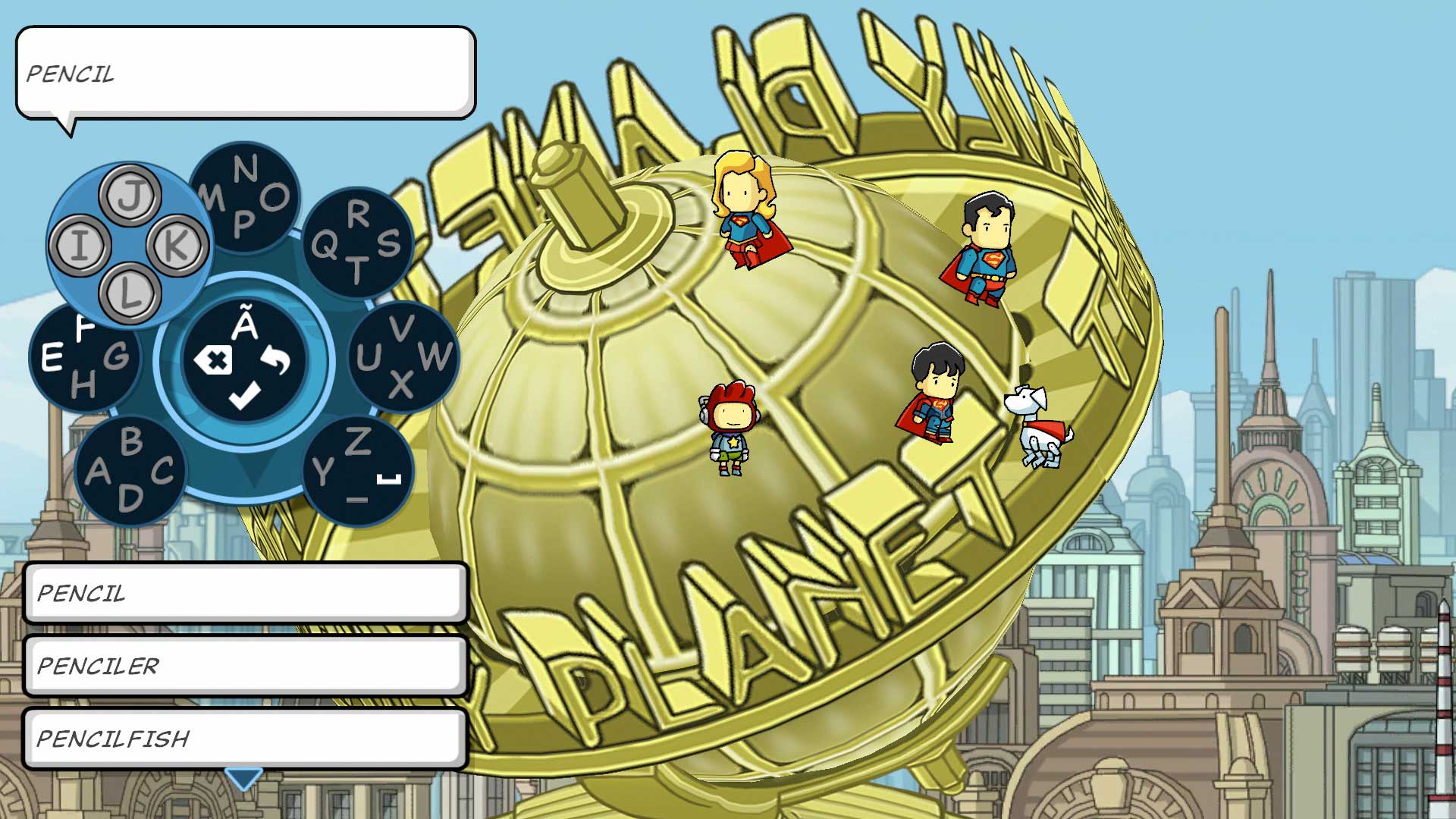 Imagine having the ability to conjure up any object you wish. Like a big sandwich, or even a tiny dinosaur. Sounds great, doesn’t it? Well, with the Scribblenauts Mega Pack you don’t need to wonder what that would be like. Granted, you’re not conjuring up these items in real life but you got to take what you can get!

The Scribblenauts Mega Pack consists of Scribblenauts Unlimited and Scribblenauts Unmasked: A DC comics adventure, both include various upgrades and new in-game content and both are extremely satisfying. Both game stories revolve around twins, Maxwell and Lily, who seem to be given way too much responsibility for young children and obviously, because of this, get themselves into some sticky situations. 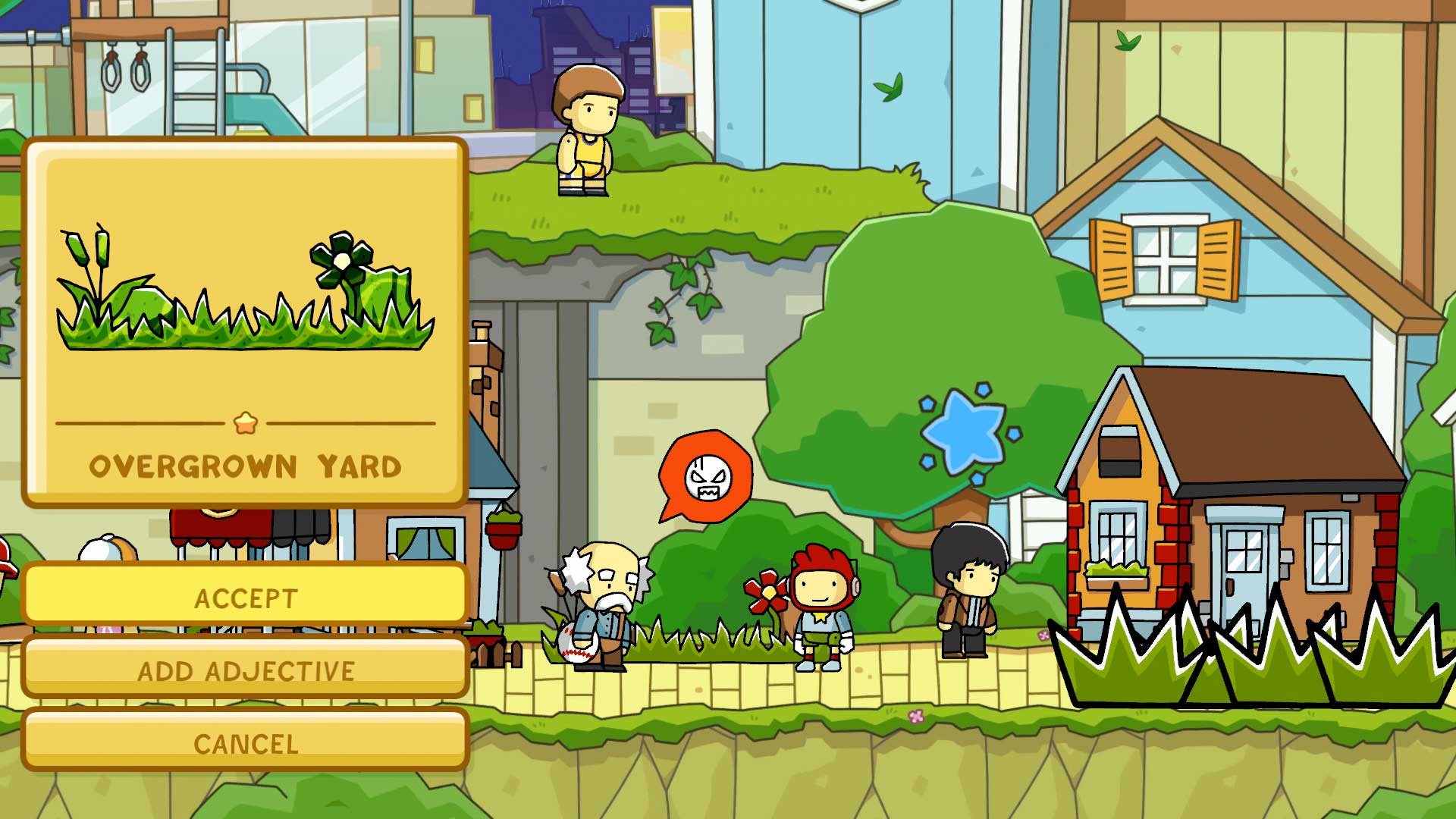 Scribblenauts Unlimited begins by telling the story of Edgar and Julie, Maxwell and Lily’s parents. They were both explorers back in the good ol’ days, searching the world for treasures we would only dream of before finally settling down and getting married and going on to have 42 children. Yes, 42. They must not have had a TV. Each of the children were given an item of treasure by their parents. Maxwell was given a magical notepad which would make any item that was written into it appear in the flesh and Lily was given a magical globe that would teleport you anywhere you wanted to go. Imagine getting one of those for your birthday. Now, unfortunately this is a tale of a mischievous brother being well, mischievous, and the sister facing the consequences for it. Let me explain, Maxwell and Lily come across a hungry, elderly  man and instead of Maxwell using his notebook for good, he uses it to conjure up a rotten apple. I mean, I did say these kids are given too much responsibility. But what do I know? Understandably upon eating the rotten apple the old man became angry. Less understandably he then puts a curse on Lily which turned her into stone slowly overtime. Surely if he has that power he could’ve cast a spell to get food from somebody? Oh well! Maxwell needs to do something to stop this and fast before he loses his twin sister for good. He finds out that the only way go stop Lily turning to stone completely is to collect Starites, little stars rewarded for completing good tasks. Karma, right?

Scribblenauts Unmaskeds story is a little different. Maxwell and Lily find themselves in a bit of a pickle once again. Picture this, they both love comic books, they’re laying on their floor reading one and they start to bicker, as most siblings do, over which of their favourite comic book heroes would win in a fight. Now, in an ordinary world this would be fine. A purely innocent disagreement that would get forgotten about moments later. But not in this world. Not in the world where children own magical globes that transport you anywhere and mystical notepads that conjure anything you write. See where this is going? Yeah, you guessed it. They figure the only way to end this argument and prove once and for all whose superhero is better is to see it for themselves. By entering the DC universe. But don’t worry, they will only be there long enough to see who wins and then that’s it right? Nope, of course the globe that brought them there has broken in transit. They must work together if they are every going to escape this dimension! 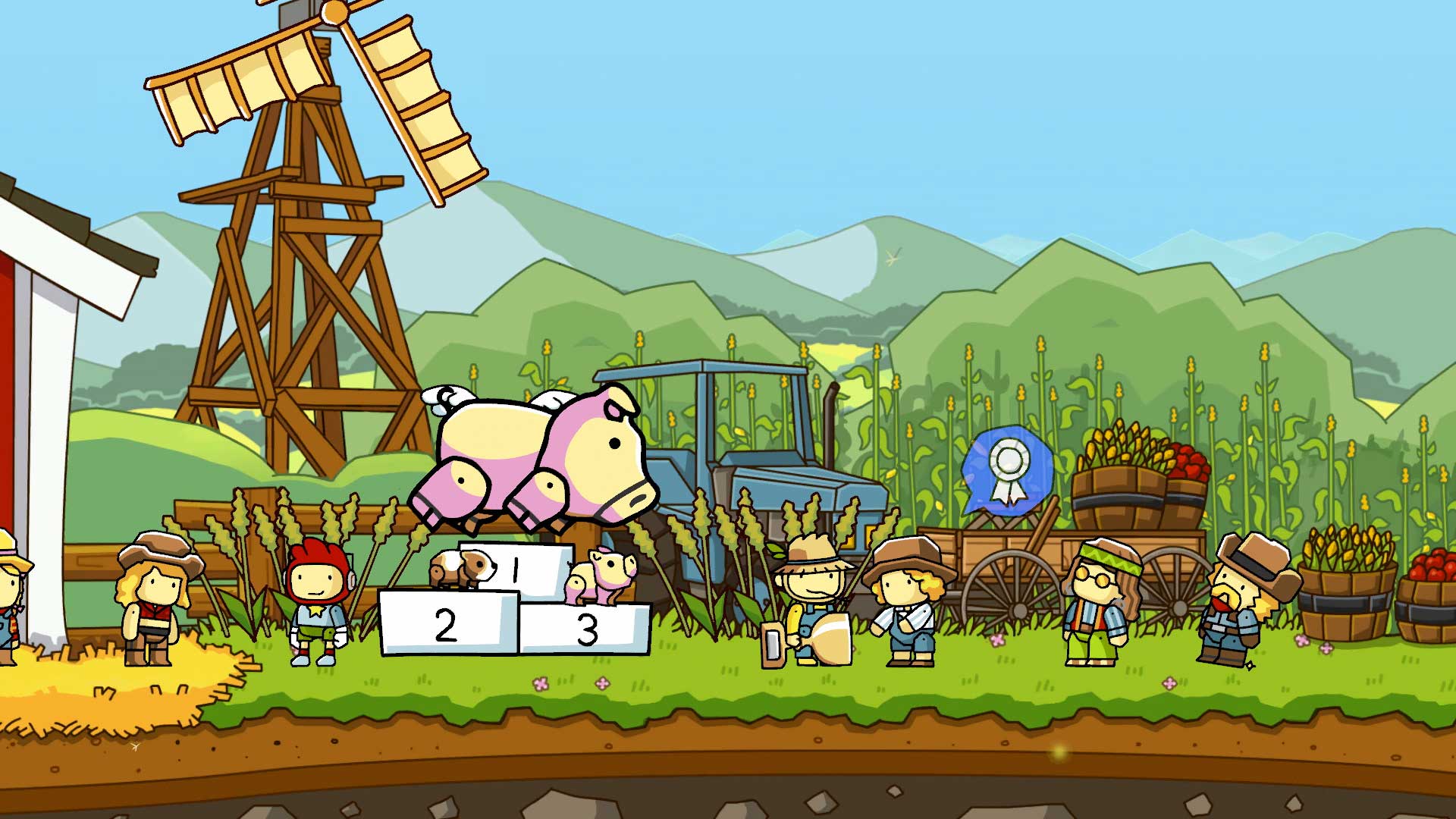 Both games play exceptionally well and are incredibly fun to play but I found myself favouring Unmasked over Unlimited. Unlimited’s story and gameplay is fairly basic. You go from area to area completing certain tasks for people in order to gain Starites to then deliver back to Lily and although there are many areas to go to and many tasks to complete, that is pretty much all there is to it. Not to mention the answer to these puzzles are fairly obvious. There were only a handful that I had to put some thought into. Again, it’s still an enjoyable game but Unmasked offers so much more. I’m a massive comic book fan anyway so it was always going to appeal to me, but there is much more of a narrative to it. The story feels more like a story and it does a good job of making you involved in the narrative. You’re a superhero! You can create your own superher0! It’s great. You don’t just go from area to area completing pointless objectives, you’re right in the middle of the action helping to take down a certain baddie! Unmasked also makes you work harder to solve the puzzles given to you. It deducts points from you if you use the same word more than once in the same area. Which was something I often did in Unlimited. So it really makes you think of different ways to explain things.

The entirely hand-drawn scenery in both games are simply stunning. So much detail has gone into each and every part of the games and it shows. Each area you go to is bursting with colour and full of personality. It’s a pleasure to look at and it has a jaunty soundtrack to accompany it.

Overall, the Scribblenauts Mega Pack is great value for money and still proves to be excellent fun even after all this time. Being able to conjure up any item (within reason) you write down is quite fantastic and I for one did not expect it to work as well as it actually did. Unlimited is more of a charming, relaxing title whereas Unmasked is more a challenge for us DC lovers. If you’re a fan of the series and already played these titles I would still highly recommend playing the Mega Pack as it’s packed with extra content and the update to graphics is great. If you are new to the Scribblenauts titles, what are you doing?! Get playing, you will love it.

Imagine having the ability to conjure up any object you wish.