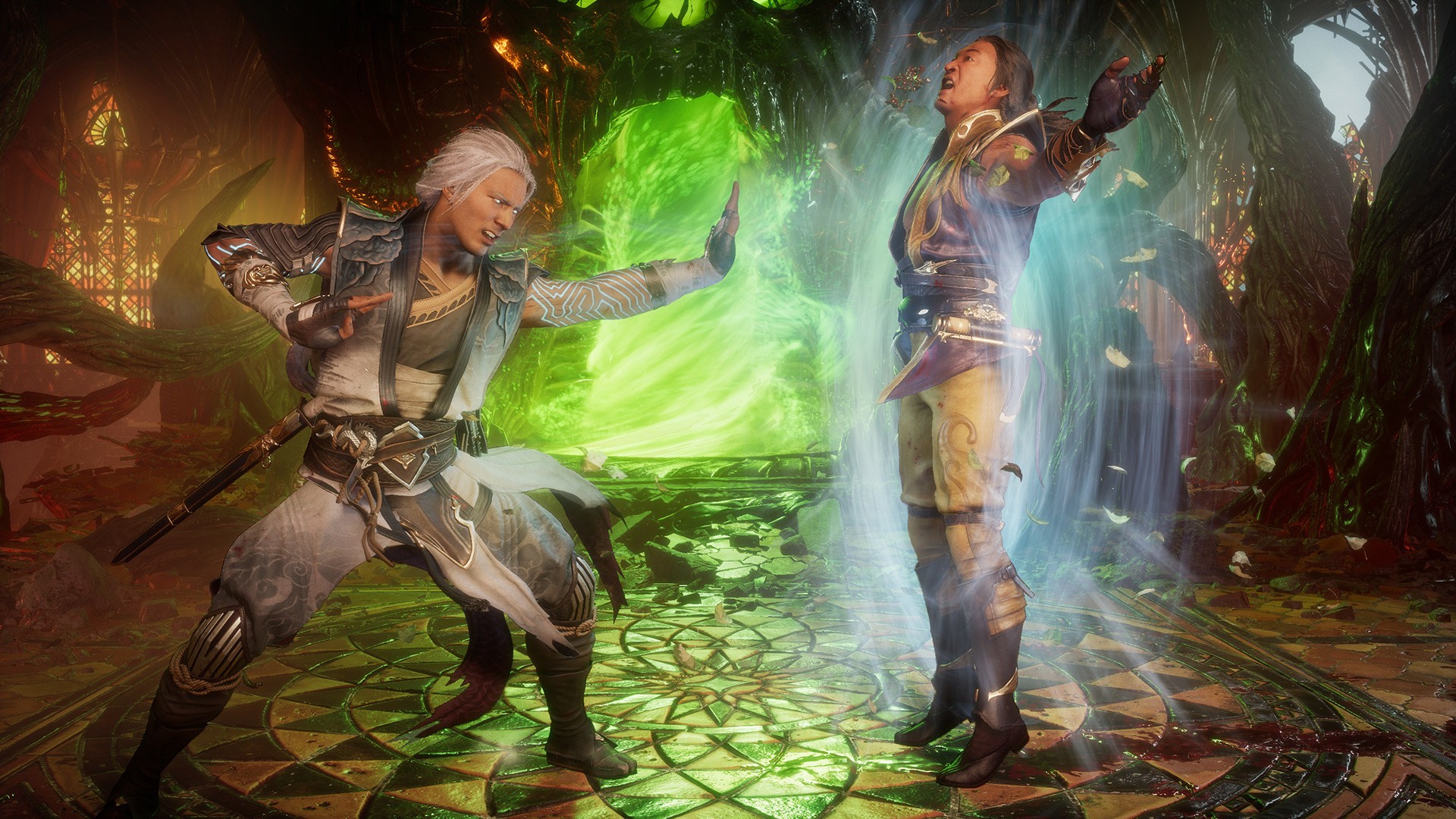 Mortal Kombat: Aftermath is the most recent (and we hope that it’s the last one) Mortal Kombat 11 DLC, which complements the story, adds new fighters, brings back classic levels and the well-known and so desired Friendship. Mortal Kombat: Aftermath begins with a scene of the brand new Lord Liu Kang Fire God, destroying the time goddess Kronica. Because of this, all those who were banished to the void of time, Sheng Tsung, Nightwolf and Fujin, manage to escape.

But soon Sheng Tsung warns this was a huge mistake and destroying Kronica plus her crown prevented time from restarting. So the sorcerer makes a proposal for Lord Liu Kang to send him to the past, on Sheng Tsung’s island, so take the crown before Kronica puts his hands on it, and thus gives the relic to Raiden in order to, together, defeat Kronica. 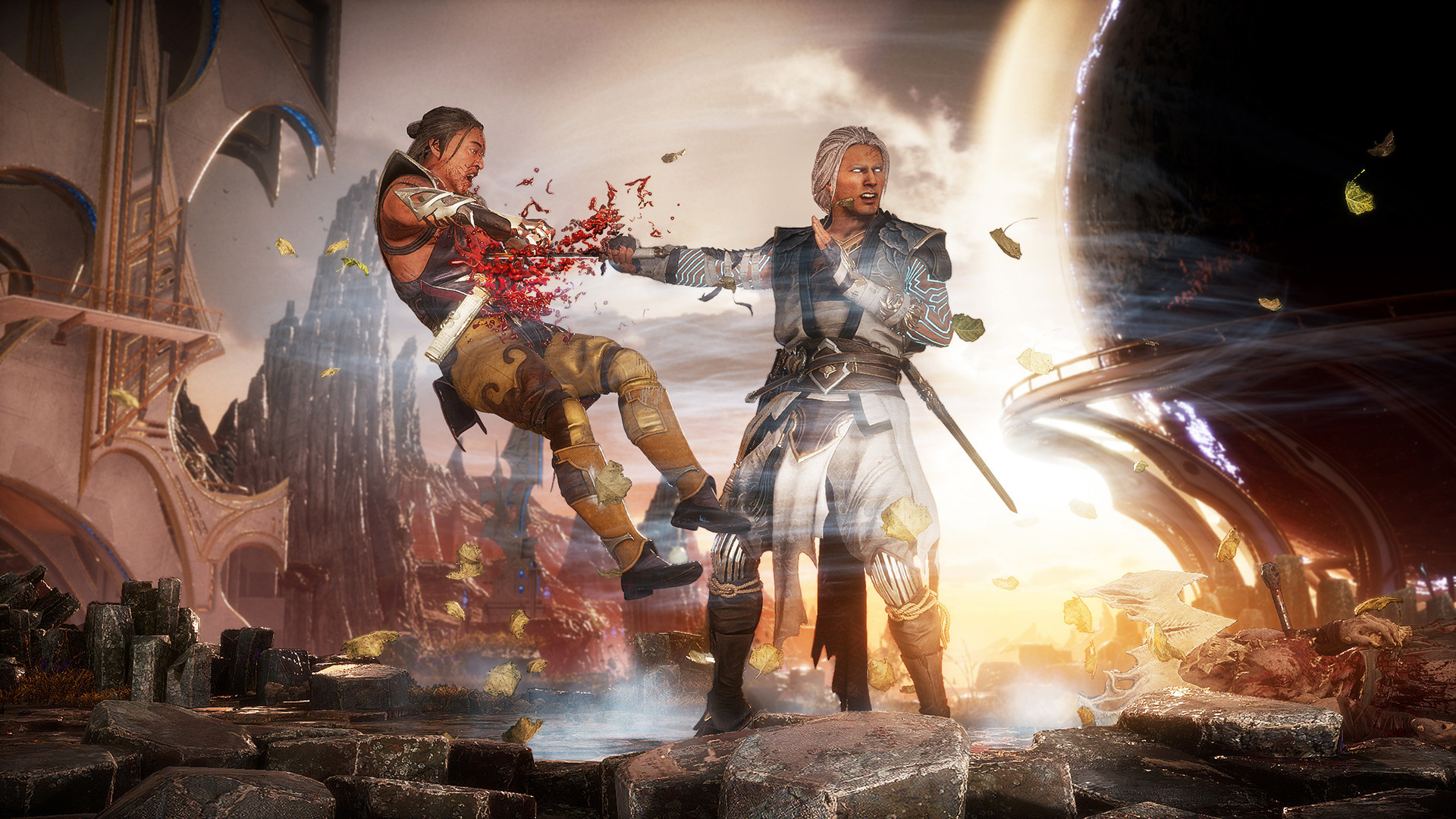 Then, a sequence of time travels through the original Mortal Kombat 11 story begins in order for Shang Tsung’s plan to be fulfilled. Even though all of it sounds interesting, and exciting as a lot of points and have been created with the apparent desire of giving a real end to the MK 11’s plot, it’s difficult not to have the feeling that, in fact, Aftermath is only a content taken from the base game planned since the very start. It’s common nowadays for these fighting games to have this practice, which competes in to release a version – supposedly complete after a year, or even much later. This is more noticeable when playing Aftermath’s new story mode until the end, which is a direct sequel to the end of last year’s game.

The question that doesn’t really shut up is: do we really have the final and definitive version now, or more content will be released later? It’s a hard question to get answered, and it prevents many people from consuming the game itself, because they prefer to wait to get the complete product. Despite a kind of questionable story mode, the Aftermath DLC features some beloved and well-known characters from the franchise. We have nothing less than Fujin – the God of the Wind – and Sheeva – ex-bodyguard of Queen Sindel of Exoterra. Additionally, as we could see happening in the most recent titles, we received guest Robocop, the policeman of the future, who makes just a minimal impact on the plot in a secondary approach. 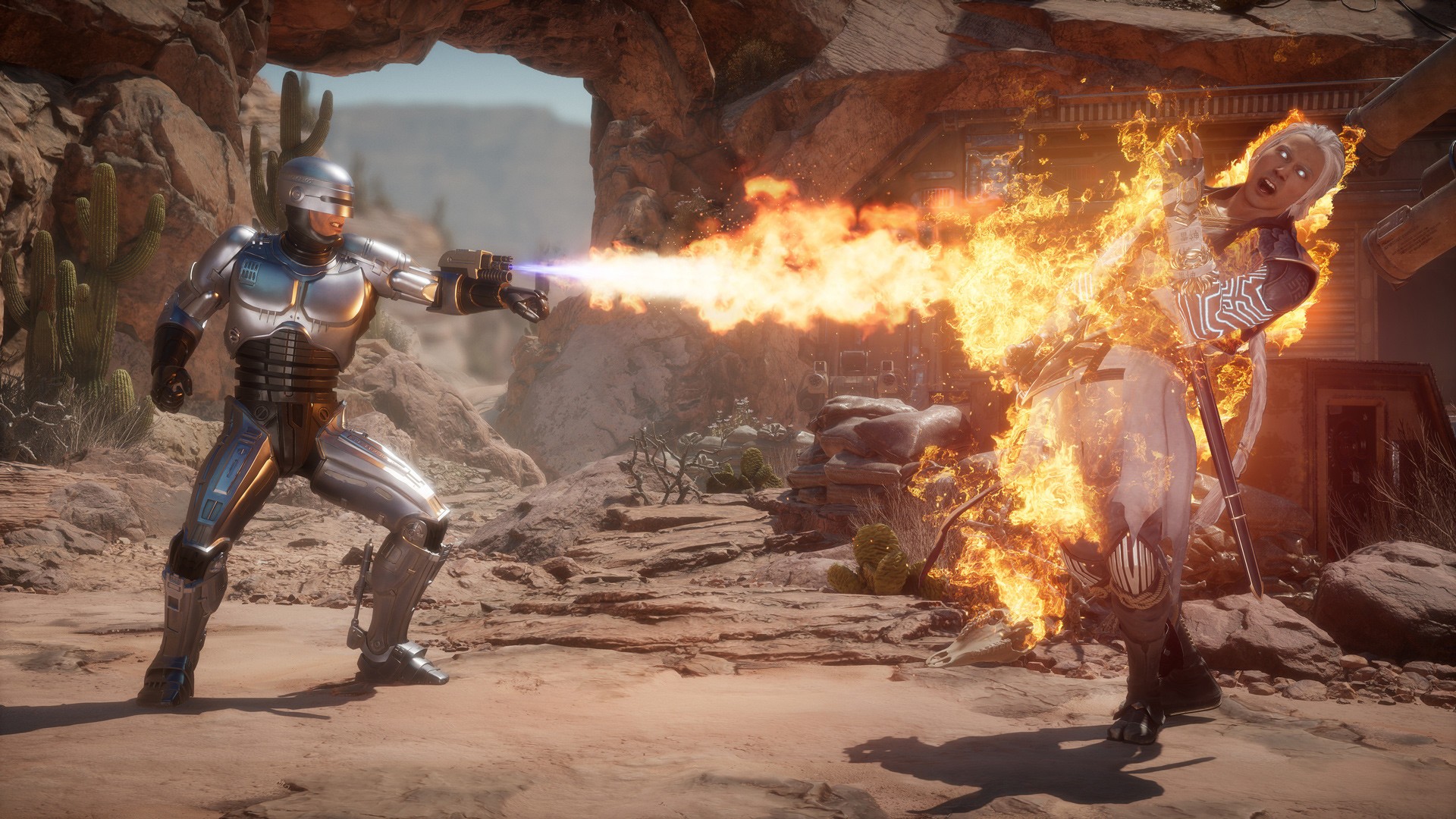 When it comes to the overall gameplay, something I’ve noticed in the story mode, again, was a fight where the characters alternate after the defeat of the first, similar to what has already been done in a limited way in the Towers of Time mode. It could have been a new mode – Tag Battle, obviously of team matches added to the core of the game, but nothing like that was created. As promised during the release of the DLC marketing campaign, Aftermath also included revamped classic phases – like Dead Pool, a phase honouring the classical games, Fatalities that use the scenario to be executed, and the so-desired friendship, which are also finishing moves, but with a lighthearted and happy twist.

Fortunately, players who don’t have Aftermath will also be awarded with these elements of new levels and Friendship, forcing no one to purchase the new content – phew! Honestly, Mortal Kombat 11: Aftermath adds only little content, as I said, if you take the price into consideration. However, if you don’t have the original 2019 game and have been waiting until now for the definitive version of everything available at launch, this is your chance. You shouldn’t wait anymore, buy the full package.

Mortal Kombat: 11 – Aftermath ends up delivering only a few and high priced content, which seems like something removed from the base game and added later strategically.