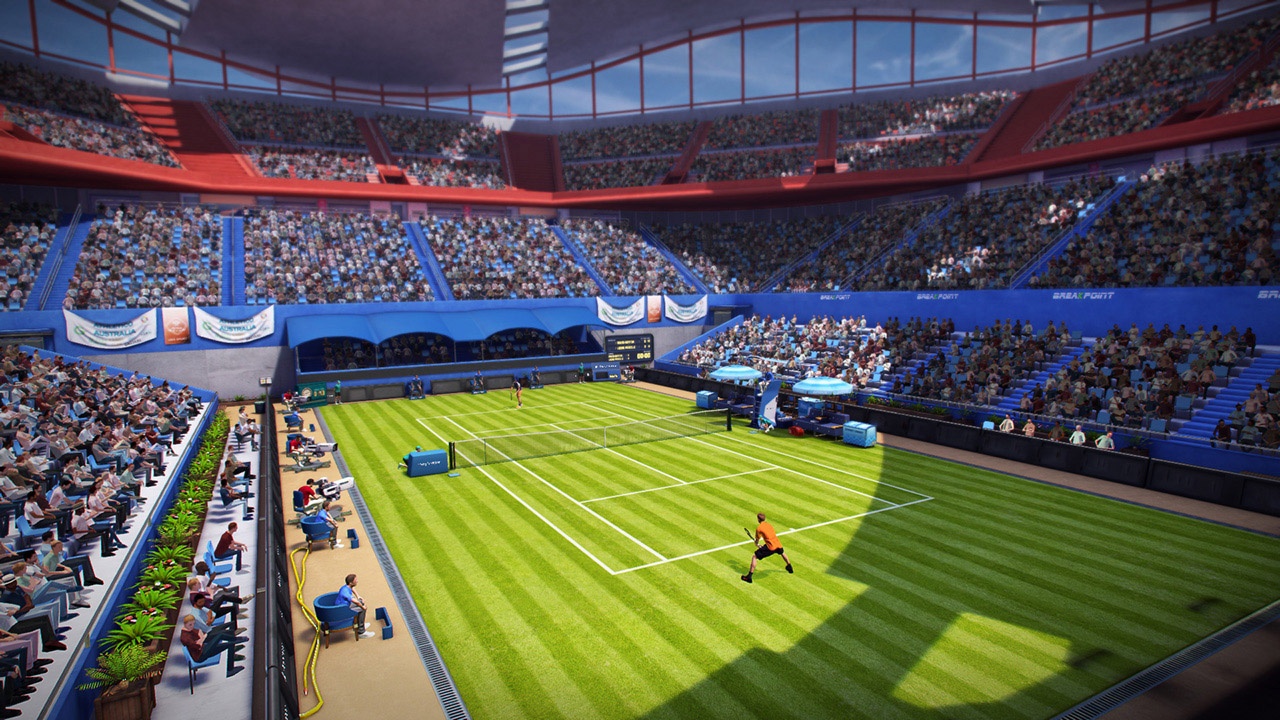 There’s always a lot of things to consider when playing sports. Tactical decisions, agility and ability, plus the reading of opponents to make best use of exploiting any weaknesses. No matter what sport you may be partaking in, this premise is always an important attribute. The same also applies to video games that emulate such sports, with a need to implement as many features as possible to make the best use of all the available options within its real-life counterpart. Don’t achieve this and the software undoubtedly fails; although you can get away with it if the game in question replicates the sport in a different way, such Mario Kart. The latest sport replicating game to come our way, comes in the form of Breakpoint’s Tennis World Tour as it serves a release onto the Nintendo Switch.

First things first, this isn’t a licensed product. That means that all grand-slam competitions, in fact any of them, don’t contain real-life titles or locations. The roster of players does contain thirty stars, such as Roger Federer or Angelique Kerber, but there’s also a staggering amount of names that are missing here. There’s no Andy Murray or any of the Venus Twins. This immediately presents you with a limited scenario within the overall sport of world tennis. However, what it lacks in some departments, it does make up for in others, with an extensive career mode in which you can create your own player, tutorial guides and practice sessions, plus a mechanic which revolves around the use of skill cards to try and give you an edge in matches.

Despite not containing any real-life locations, you do get a variety of court types, such as grass and clay to play upon, all the usual shot types are here too, with slices, lobs and spins being mapped to respective face buttons to produce an ease of use in pulling off a variety of moves. These are all presented in a nice fashion with realistic animations that can make for some interesting matches, especially in the main mode of taking your own player through their own career and it’s here where you’ll find the main staple of the game. 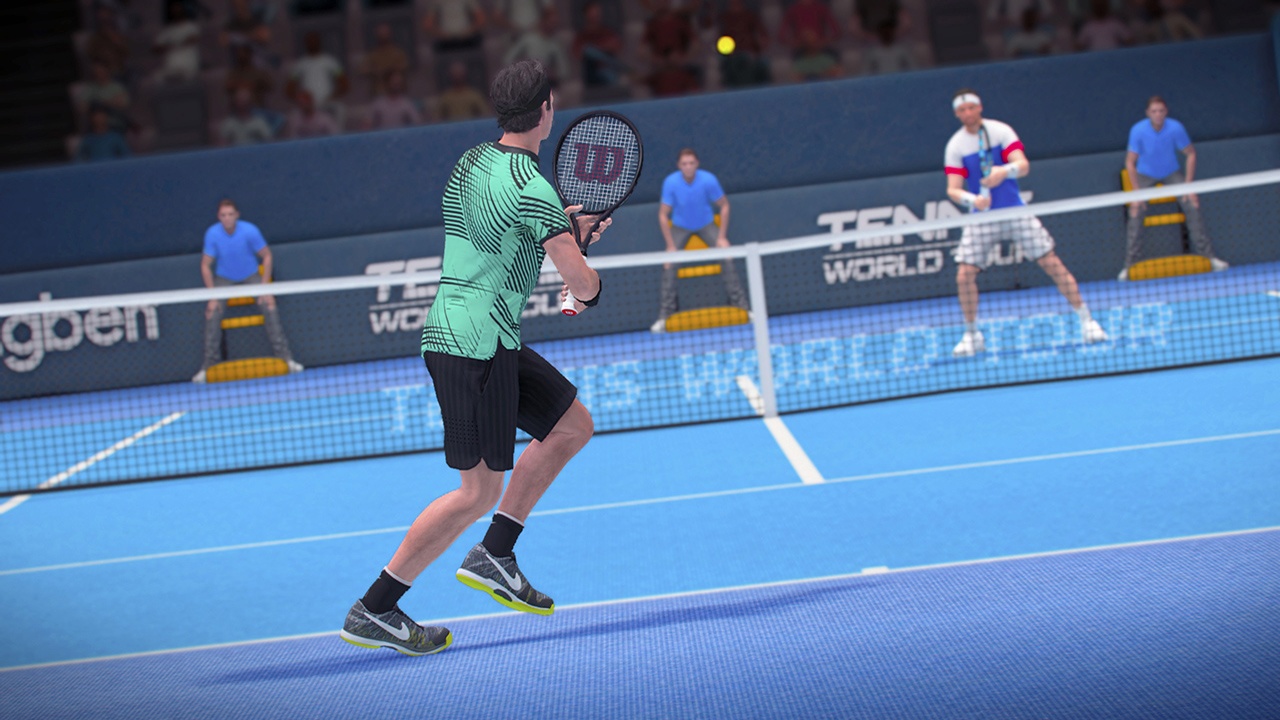 Presented in monthly fashion, you choose from a variety of options from playing matches, tournaments, training, managerial decisions or simply resting. Play too many games and you’ll soon tire, rest too much and you won’t make any money and gain any rankings on the world stage. It presents a tactical element to the gameplay as you decide what’s best for your current player, as well as try to compete to rise within the world rankings to the number one seed. Playing matches awards you monetary prizes, as well as rank advancements, which in turn allows you better equip your player. Taking part in practice sessions grants you bonuses in certain move conditions over a series of matches and resting your player, well, rests them.

I have to admit that the career mode does present an element of fun and it’s a good job too, as the other modes available are simply quite lacklustre in their gameplay elements and presentation. The tutorial does offer some insight into shot types and movement, but isn’t exactly the most exciting thing I’ve played through. You can play a quick match, or exhibition match, but these largely count for nothing and although the game does contain an option for online matches, it’s still a function that hasn’t been implemented yet but, apparently, it’s coming soon.

As for playing matches, you can play some nice rallies with some good tennis moves. However, other elements in its presentation and control can hit the net at times. Although it is relatively easy to produce a series of different shot types and directional play, you rarely feel as if you are in full control of the physics of hitting the ball where you want it to go. The longer you hold the button for a shot, the harder you hit the ball; although this is also at  the expense of energy. The execution of this mechanic is an easy one to implement. However, getting the full directional movement of return balls never felt fully under my control. Saying that though, it was never a frustrating experience or a particularly game-breaking one. 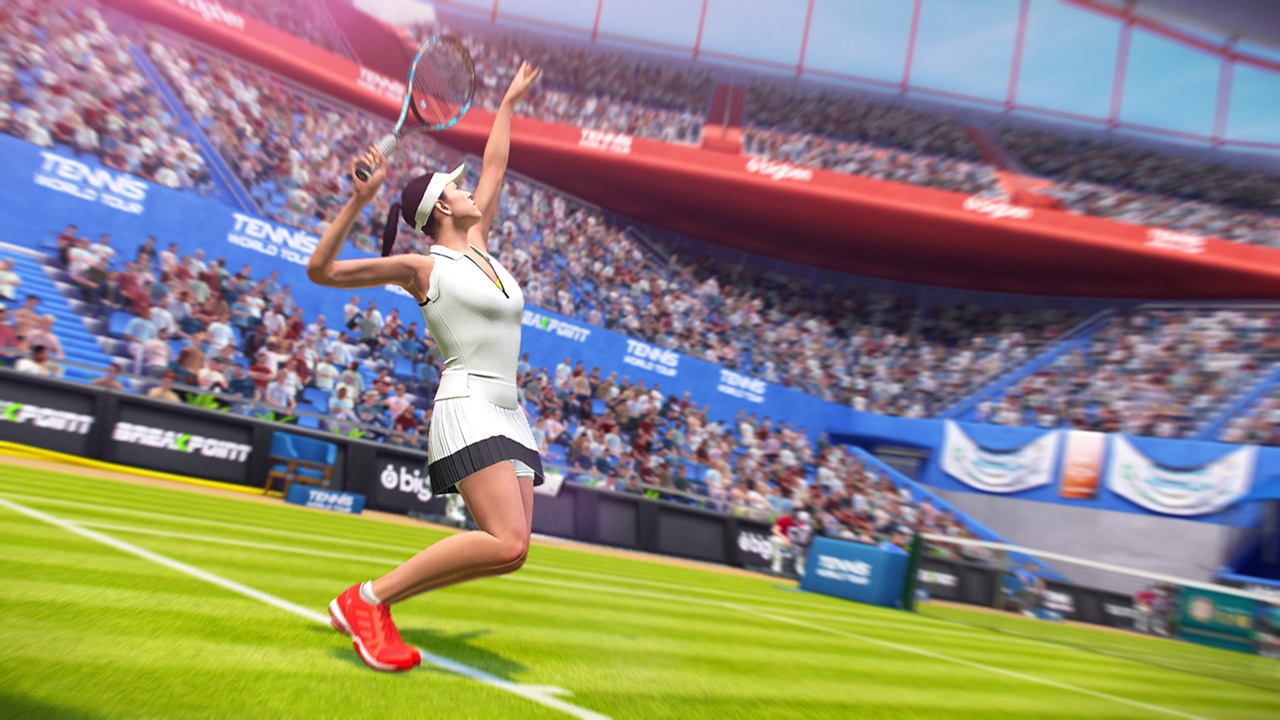 The sound presentation also felt a bit flat during matches. When creating your character, you do have the option to choose from a variety of grunts and groans. However, these rarely happened when I hit the ball, instead there seemed to be a delay in its execution, often appearing when the player was returning my ball, giving a very unrealistic feel to the game. Other instances included ‘out’ being shouted out by the linesman when my ball was over the line, but other times this was met with complete silence. I also have to admit that the crowd response wasn’t particularly exciting either, thus taking away some of the immersion usually found within sporting titles.

However, it’s not all bad, as the game does play a decent game of tennis with competitive AI players and some decent rallies that do peak your excitement; especially in the career mode as you try and develop your player to compete on the world stage. The card mechanic of selecting from a variety of bonuses, such as skilled returns or fast slices also presents a tactical element to the gameplay, although their execution can be a distraction at times. Saying that though, the amount of depth available, not only in gameplay or options, but also in playing styles and abilities in quite limited, producing a very basic stance in the game of tennis, although it can still produce some exciting moments.

In reality, that’s the nuts and bolts of it all really. A basic style of tennis playing, along with a basic style of presentation and options. I’m not saying that this is a bad game, but for the price you pay, I would have expected more from this game. If you’re a particular fan of Tennis, then there is some enjoyment here, as when the game is good, it’s exceptionally good. However, when it’s bad, then these moments are quite noticeable. The career mode does provide some entertainment, but I do feel that it would only be for a limited time and I really do hope that the function of online play does come soon, as the game really needs it. I just worry that by the time it is fully implemented, there won’t be any players left that play the game. So, in a nutshell, it does play a decent game of tennis, just not a particularly exciting one. It can be fun and it is a good game, but as they say when scoring a game of tennis, it may not be a game that you’ll truly love.

A game that serves up some fun and is good in places, making it game and set, but too many lacklustre elements make it far from a perfect match.