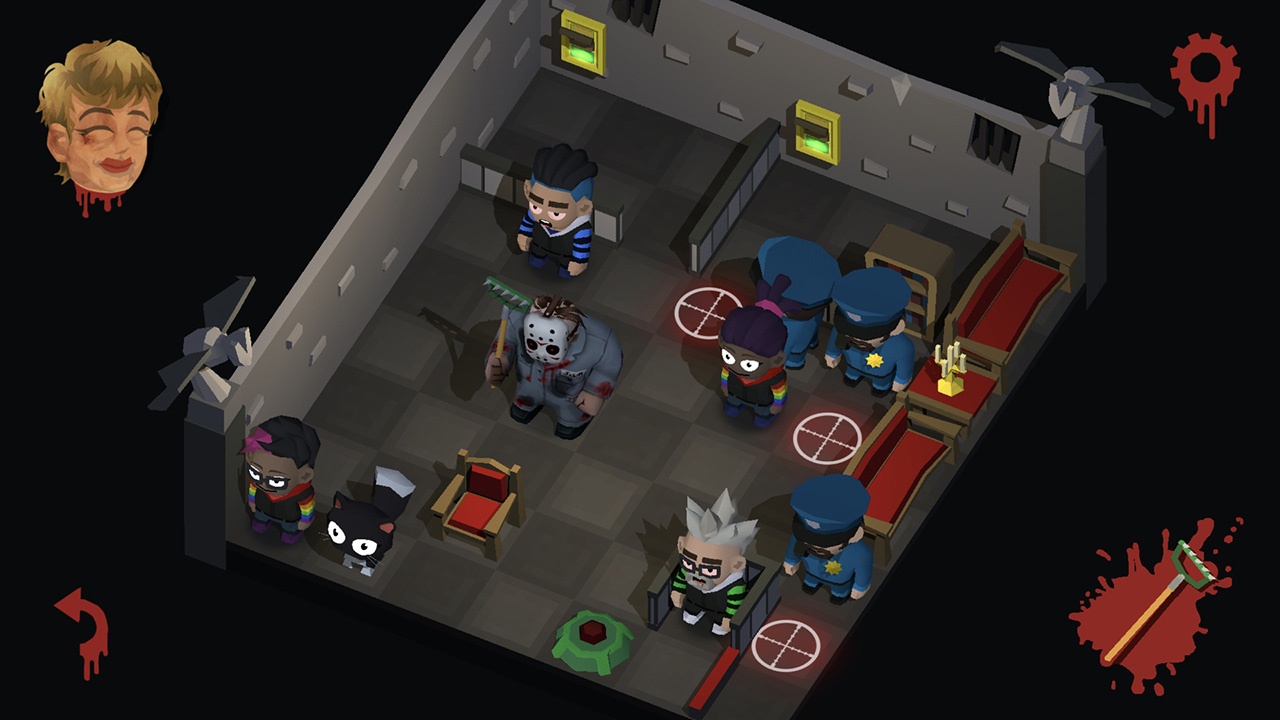 A short time ago, I played a little game called Slayaway Camp, in which you were put into the shoes of a brutal (and usually famous) movie murderer and had to kill people with puzzle precision. It was a fun game, with a shocking amount of variety in terms of recognizable demons and different kill animations, and it was a great game to play in anticipation of Halloween and all the movies I’d say I’d watch and then wouldn’t because I was scarred. At some point it seems that the owners of the Friday the 13th franchise (New Line Productions) reached out to Blue Wizard Digital and said “Hey, can you make a game all about Jason?” Not wanting to turn down a chance to make a true tribute game to one of their favorite slashers (and probably get a nice payment in the process), the Wizards agreed, and now the Switch is getting ready to encounter a whole new set of puzzles in Friday the 13th: Killer Puzzle.

If you remember how to play Slayaway Camp, good news: same rules, same situations. You have a small room layout where Jason runs around. Run into people to kill them. Jason can only move in four directions, and has to move until he hits an obstacle/body to stop. The results are trying to coordinate a series of movements to kill all the “innocent victims” in the room and, occasionally, set yourself up to kill a final victim who arrives at the very end. Naturally, things are far from easy: there are fires to fall into, water to drown in, cliff edges to fall off of, and several types of armed police and wannabe police who will shoot you. There are even stages where you must finish the round in a certain number of turns or you fail.  It can get pretty complicated, especially once you move out of the first Crystal Lake world and begin your series of murders around the globe. 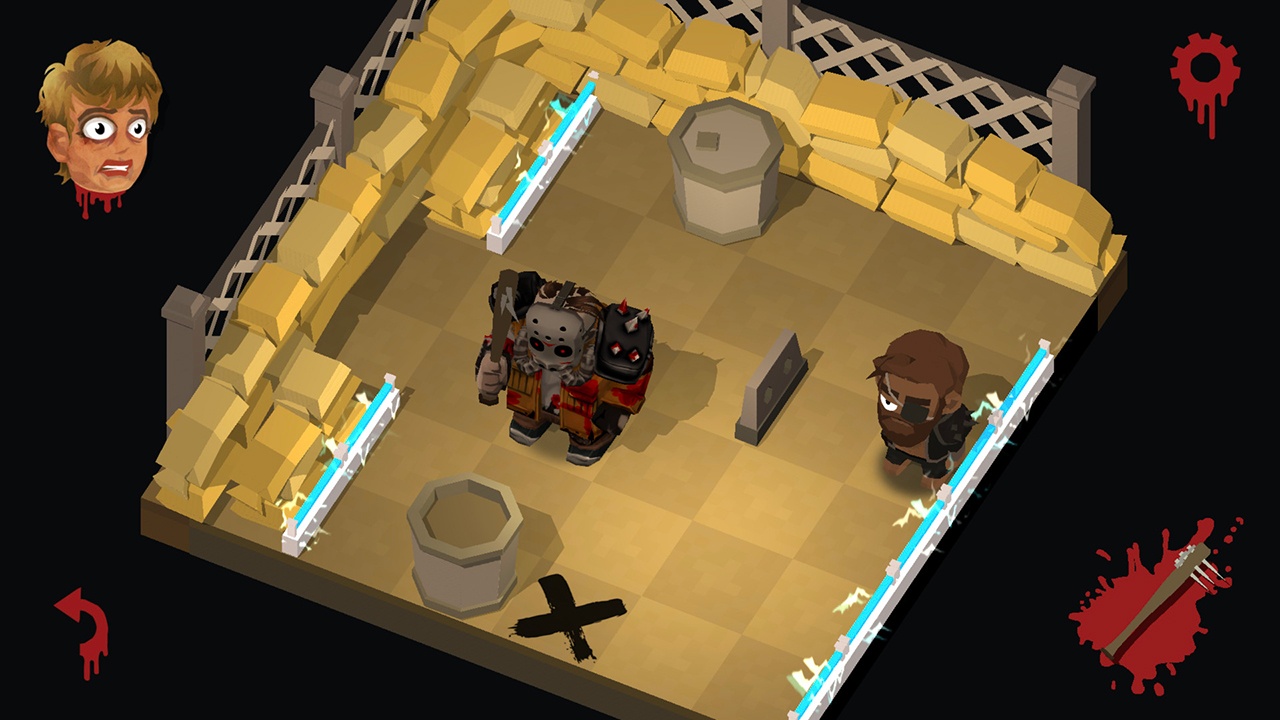 One thing that makes Friday the 13th: Killer Puzzle work is that it never, at any point, takes itself too seriously. Though there’s a massive amount of blood, dismemberment and decapitation, there’s never going to be a shot in the game that’s going to induce squeamishness in anyone who knows what a video game is. Of course, there’s more blood here than in, say, Golf Story, but it’s even less violent than playing Metal Slug or Mortal Kombat. But most of the kills that Jason performs are purposely over the top and either iconic (stabbing someone through the back and pushing their heart out the other side) or utterly ridiculous (throwing them into the air and hitting them like a baseball). This is made for the slasher fans, specifically the Jason fans, and they can all cheer at their victories over those jerks who choose to exist. Well, I mean, there are some scenarios that make Jason a slightly more sympathetic figure, but not really.

If you already enjoyed the formula of Slayaway Camp, I’ve got good news: the more than one hundred levels here are all exceptionally fun and challenging, with plenty of backstory to explain how Jason ended up locked in prison, frozen in the ice, loose in Manhattan or sent back millions of years ago. Some of the scenarios are homages to the other Friday the 13th films (Jason Takes Manhattan, for example) while the others are nods to popular media as a whole, including Orange is the New Black and Jurassic World. In every scenario, the formula is the same but the way the traps execute themselves are different. Chasing someone into the lake, for example, is way different from forcing them into a corner on a spaceship. Oh, right, Jason X, I had totally forgotten about that movie. Anyways, none of the scenarios overstay their welcome, giving you thirteen stages of grid-based gore before murdering a key figure and moving on.

Friday the 13th: Killer Puzzle is also all about the customization of your Jason and your killing style. Each scenario unlocks a new version of Jason that fits in with the scene (Cromagnon Jason, for example) but you can swap out any of the unlocked Jasons that you’ve already seen. There are extra Jasons that can be gotten from the different modes (a daily challenge and a “murder marathon” spree), and that’s just the tip of the iceberg. The biggest level of customization comes from the different weapons that Jason finds. Every time you kill a certain number of people, you increase your “bloodlust” (level) and get a crate with four randomly chosen items. They exist in bronze, silver and gold rankings, and, you guessed it, you end up with a lot of bronze. When you have multiples of certain items, you can trade in three at a time to attempt to win a higher level item. Let’s be clear: none of them are better or worse at killing, just different, iconic and fun. 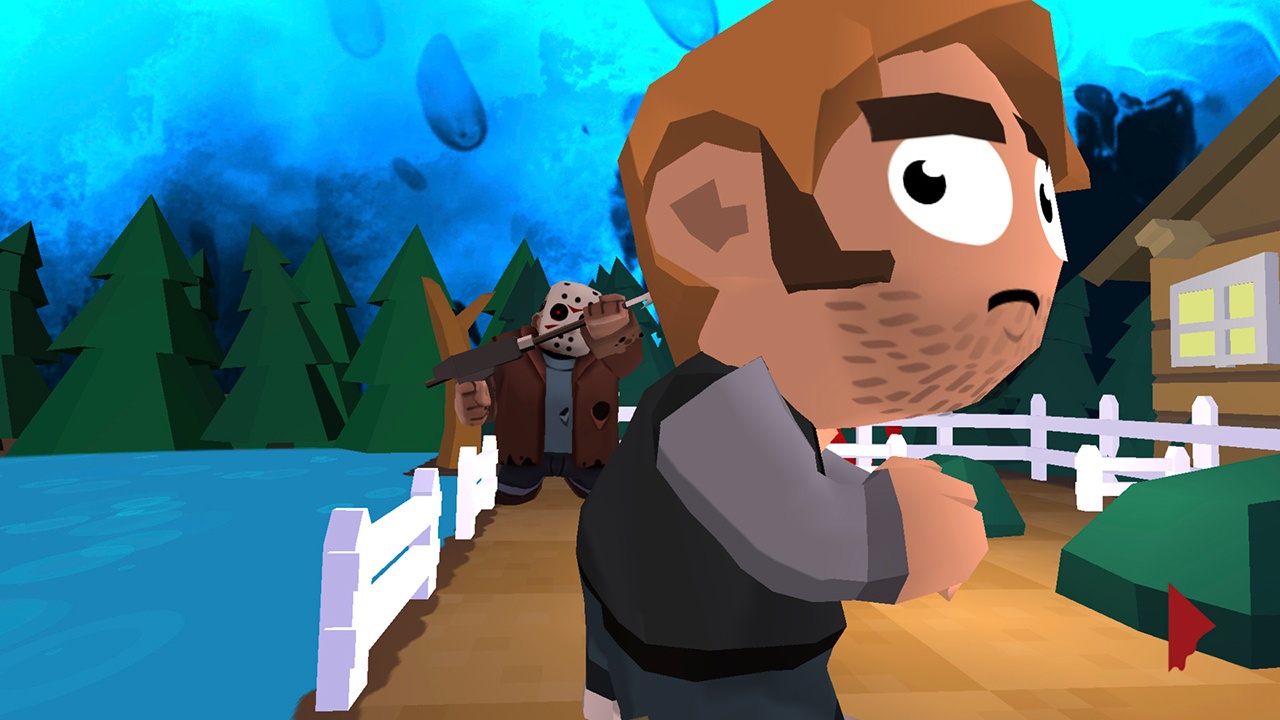 The game has done a great job of including this system as an attempt to gloss over the sheer lack of customized killing animations, but I’m not mad about that anymore. Initially, I was a little miffed at what came across as lazy situational swapping: you can’t stab someone through the chest with a teapot, it doesn’t make a lick of sense. But I stopped caring after a while and just laughed at the utter absurdity of it all. There are just so many damn weapons to unlock and it could take forever to get to them without the aid of the lotto system and being able to increase bloodlust through the daily challenges (which I recommend: they’re easy enough and doing them enough times unlocks Cyber Jason). And let’s be perfectly honest, the weirder the kills the better. Cutting someone into thirds with a giant machete? Alright, cool. Cutting someone into thirds with an acoustic guitar? What the hell, that’s amazing.

You’re bound to get several hours of gameplay from the main levels in Friday the 13th: Killer Puzzle alone, and the daily challenges and murder marathon give a lot more replay value as well. Not to mention, as I’ve already stated, Jason fans will have a blast changing out different weapons and going to town on the kids of Crystal Lake and beyond again and again. Scythes, pool cues, hatchets or your bare fists: with your beheaded mother screaming advice from the corner, you’ve got nothing to lose and everything to gain. This Halloween season, enjoy something a little less spooky and more creepy, and laugh along with the unconscionable murders of innocent people. C’mon, do it for mother.

The best kind of murders require thinking, planning, and being able to laugh about it afterwards.