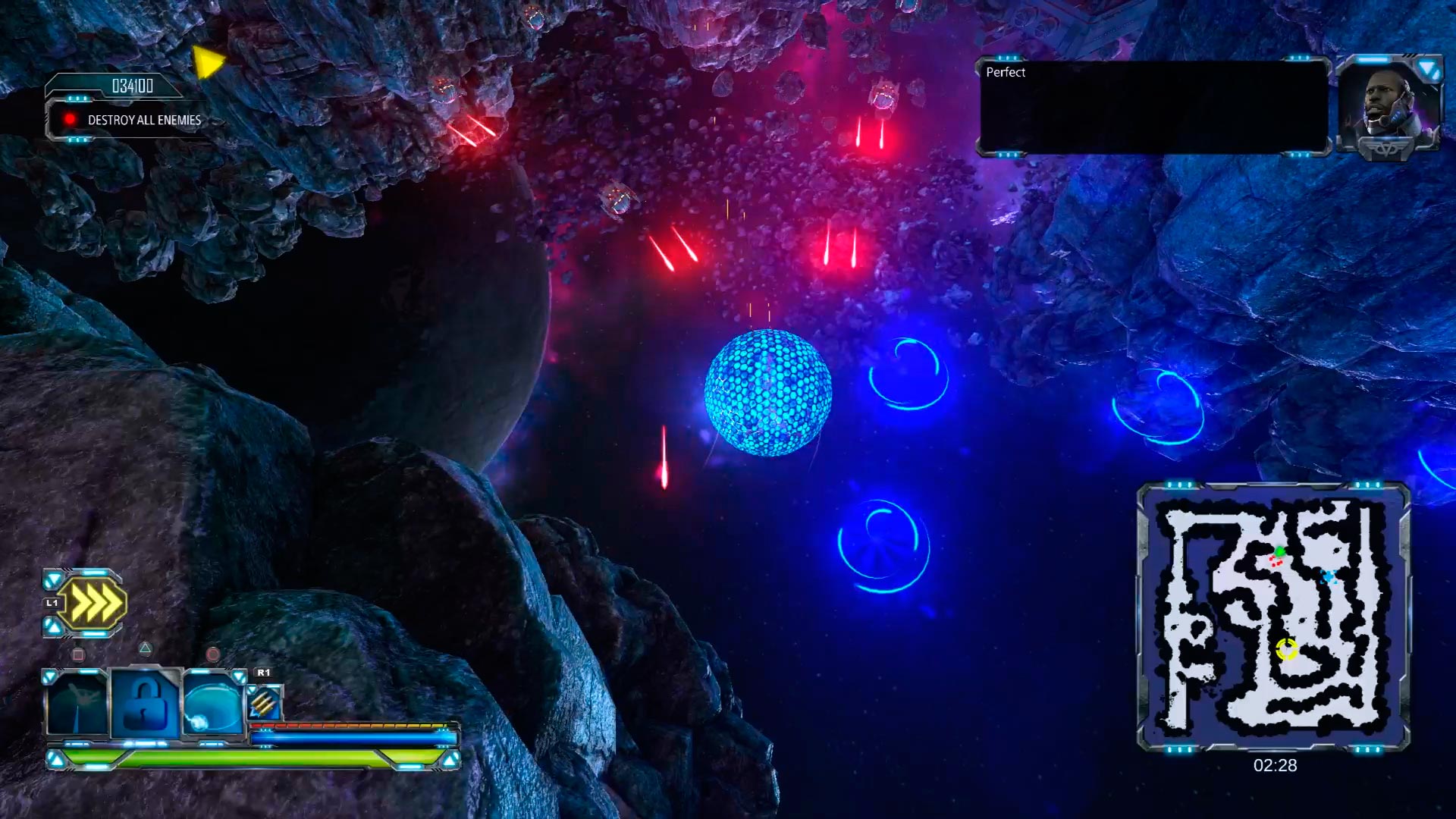 I do enjoy an easy Platinum and that’s the case with Phobos Vector Prime: The First Ring. It’s a twin stick shooter with an eighties feel to it where you play as J. L. Brown, a space marine who wakes up after his sleep is disturbed by a mysterious explosion. You are tasked to fly through several different areas destroying spaceships, blowing up relays and hacking gates to unlock them to allow you to progress further. The story is relayed in a small text box located in the top right of the screen, whilst the map your moving through can be found on the lower right. As you may have guessed, you basically proceed by making your way through the level blowing up things.

In Phobos Vector Prime: The First Ring, your spaceship weaponry/defenses includes a laser, a time-limited shield, another shield which damages enemies that get too close and a massive bomb that blows up everything on-screen; for the most part. There are power ups that include a slow-moving but powerful missile and a much more useful red laser. Both these power ups are limited in supply, so it’s often worth not picking them up once you see them, I’d recommend clearing the area, then picking them up as they are more useful in latter sections. You have an outer separate shield that depletes when it is hit, then once that has gone, your life starts to reduce; if it all goes, then that’s it for you and J. L. Brown. However this energy and shield replenishes over time. 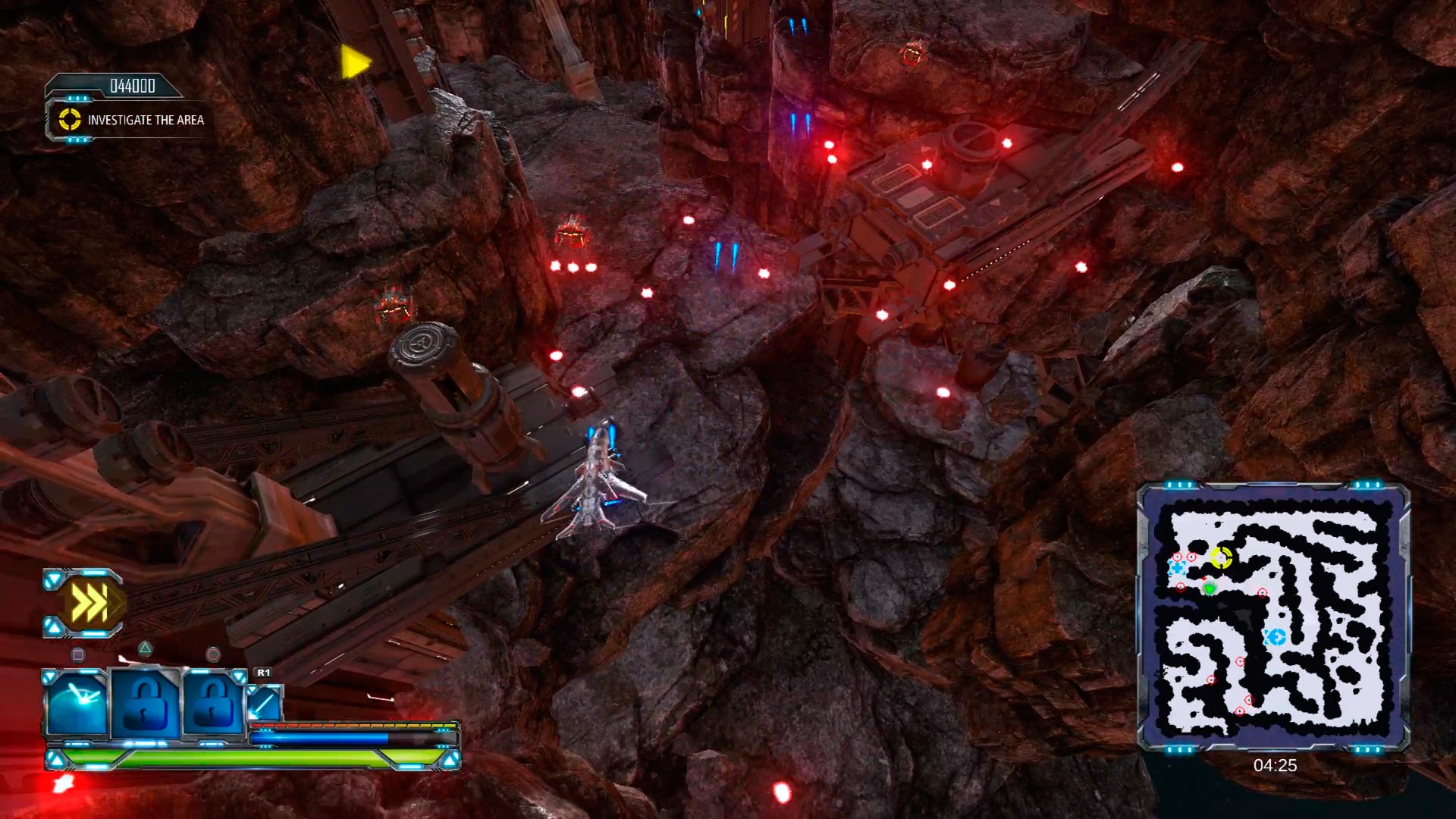 Phobos Vector Prime: The First Ring is set in the future but the enemies and your ship don’t feel particularly futuristic. Your ship seems to have a really slow turning circle, but that doesn’t matter so much on the easier levels as the enemies don’t appear to have great pilots either. There’s not a great range of enemies to blow up and strategically it’s mostly a case of hitting them all head on, if your shield drops then just fly away for a bit then come back. There are points where you can unleash your own armada which is quite fun, especially when the screen can become overcome with turret fire and enemies lasers; it’s very nice to have a team on your side.

There’s not a great deal to do in Phobos Vector Prime: The First Ring. There’s almost a hint of an engrossing plot, but that’s let down by a lack of cut scenes and depth in the story being portrayed. Your characters limited text speak nearly makes J. L. Brown interesting enough to root for, but then again, there’s just not enough there to help you care. The enemies, as mentioned previously, have very little variety to them besides the kamikaze spaceships, but again, there’s something lacking in why they are there and why you need to do something about it. After you complete the limited set of stages on offer, there is nothing to have you go back to replay Phobos Vector Prime: The First Ring, unless you missed out on some easily achievable trophies. The map also gives the impression of an interesting journey ahead, but most of it requires you to unlock electrical gates and you soon realise that Phobos Vector Prime: The First Ring has a very similar look throughout and repeated mechanics. 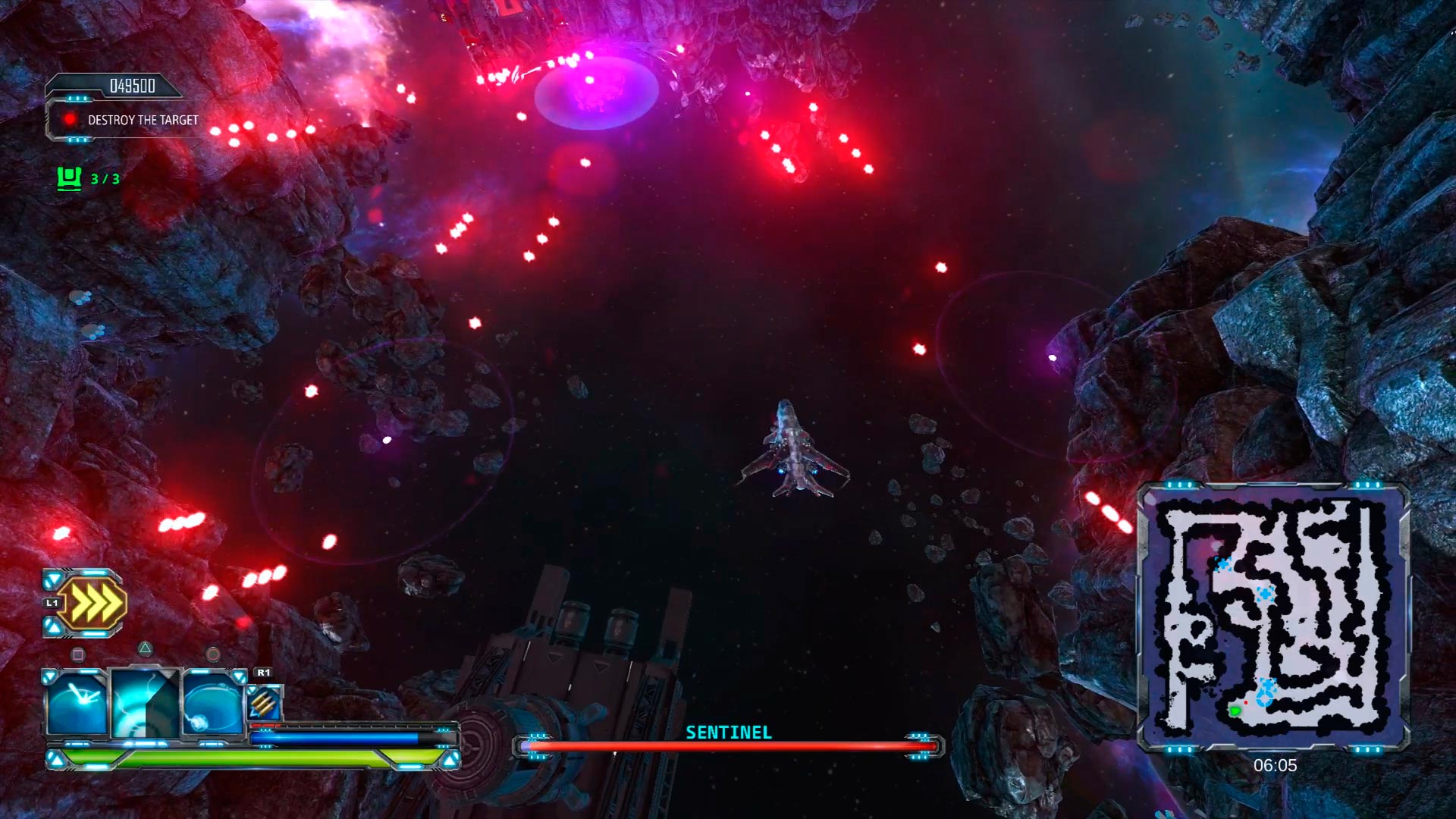