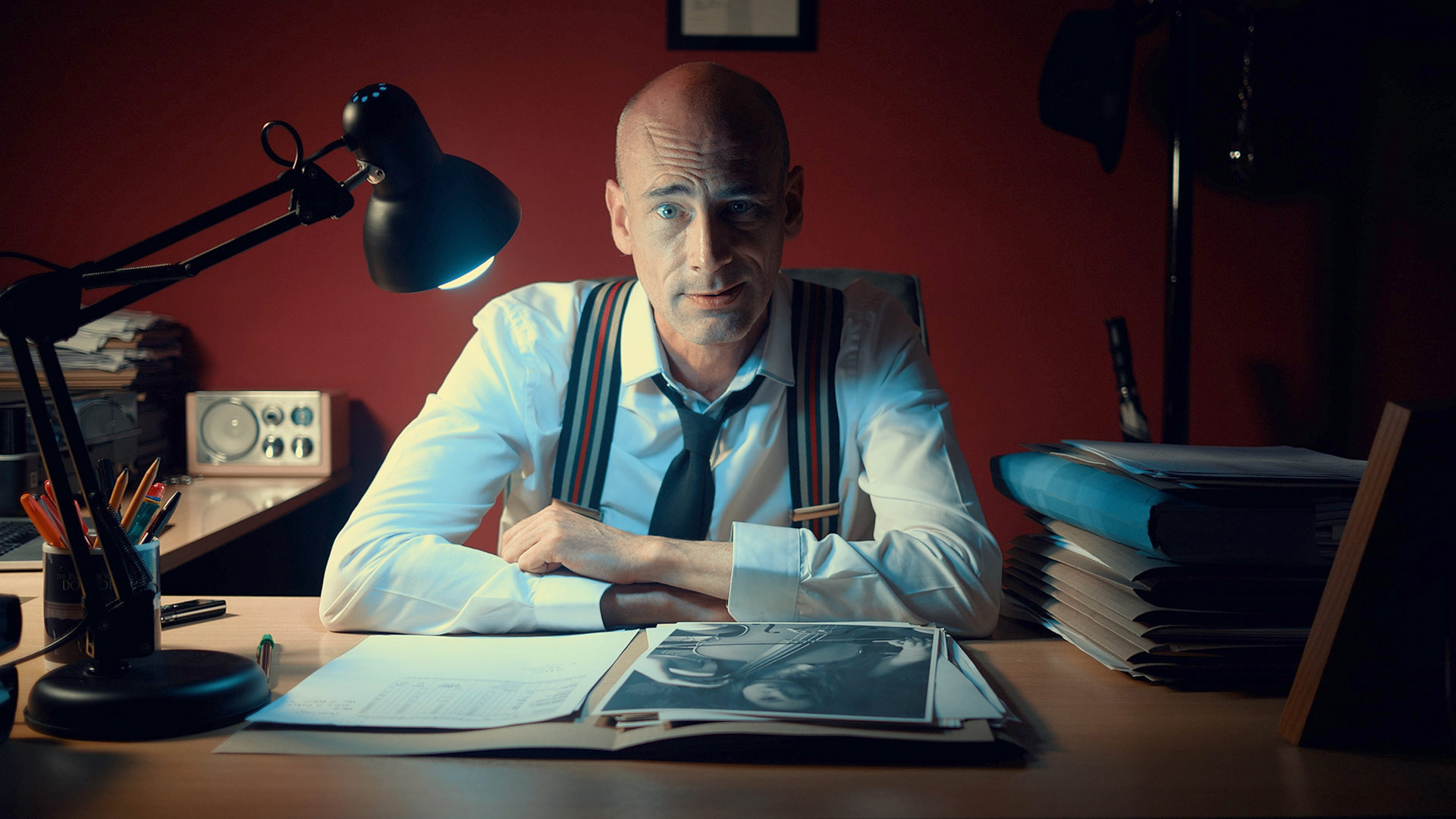 Murder mystery games are perfect for this time of year. Even though everyone gets hooked on ghosts, ghouls and other tangible monsters of Halloween-lore, it’s frightfully fun and intriguing to have a good old-fashioned “whodunnit” sitting before you. Even after Halloween, anything that can be done in the dark and lead to questions and inquisitions are especially exciting. Wales Interactive, who’ve already brought a few titles to the Switch (Coffin Dodgers and Typoman spring to mind) seem to feel the same way, and are happy to launch their new FMV game, The Shapeshifting Detective, onto the Switch, sadly launching just a week after Halloween.

To be honest, it’s probably better they’re missing the holiday release, because the number of horror games out on the Switch already is muddying the waters, and Shapeshifting Detective is anything but. You play a mysterious character known only as “Sam,” but it’s made clear, from the beginning, that isn’t who you are. Whatever you are, you have a special gift: you’re able to assume the appearance and voice of anyone you’d like. You’ve been called in to investigate the murder of Dorota, a young musician who was found brutally strangled, in the small town of August. Hunches and some circumstantial evidence point toward a trio of tarot readers who predicted the death, but all swear innocence. Detective Dupont has gone as far as he can through conventional means: he now calls upon you to use your unique “skill” to figure out what is being said. The thing is, anyone could be a suspect, and you’re never sure what you’ll hear when no one thinks they’re being spied upon. The killer will always change, and so will your fate: a single question could turn you from detective to victim number two.

Now, as a FMV (full motion video) game, things are certainly different from the average title that crosses the Switch. Much like visual novels, we have to take different things into account in lieu of traditional mechanics. For example, everything in this game is scripted to a degree. You’re not going to go fully off the rails or encounter a situation that wasn’t specifically planned by Wales Interactive. As you progress into the case, you’ll find that your choices with some characters or places narrow, while others open up, and, in some cases, just don’t exist. Given that more than 1600 different scenes of video were shot for this feature, it’s not surprising that some interactions that ultimately would have led nowhere were omitted entirely. Instead, when you go visit the characters, their interview spot (bedroom/parlor/sketchy photo studio) are just empty. The only time this feels weird is when your character has no interaction with Detective Dupont and his desk is just left empty with the case file sprawled open. Shouldn’t he lock that up when he’s not using it? Whatever, I’m not a detective. 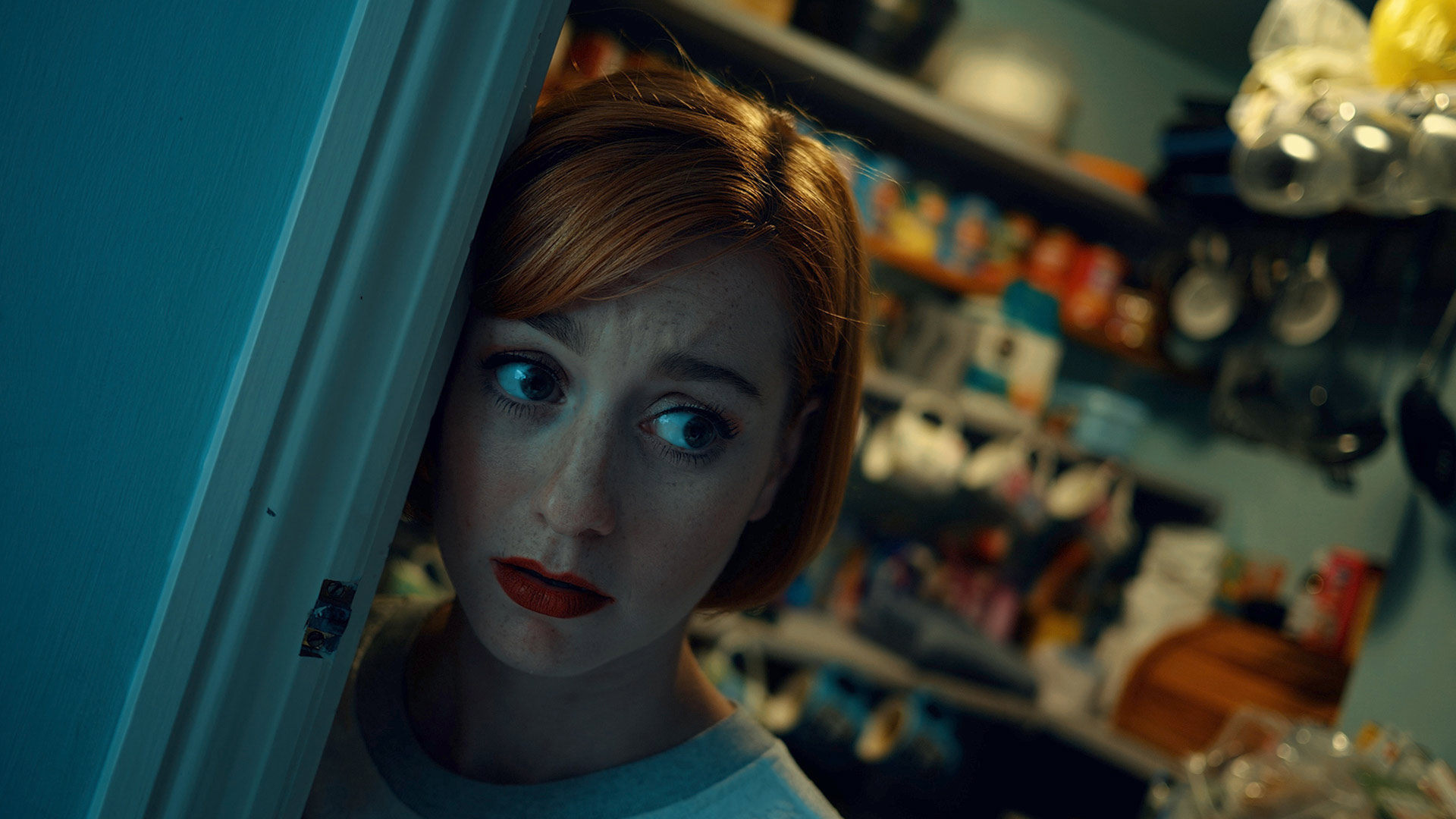 Sam, in whatever guise he’s wearing, will approach different people and ask questions to figure out what the hell happened here and what might still be coming. Besides the ability to change appearance almost at will, Sam has another interesting mechanic: he’ll have questions that come to mind that he can disregard. More often than not, the questions that you have the option to trash are bordering on aggressive, either in terms of being accusatory or possibly leading to a path that might lead to some tricky territory, such as flirting with a suspect or pressing for information you should already know. By omitting the question, essentially keeping your mouth shut, you learn that people may do the talking for you without any further inquiry. However, your silence could be seen as judgemental or complicit, so every decision needs to be made with a bit of heft. Don’t worry: there’s no time limit, and the characters have zero problems waiting for you.

There are aspects of The Shapeshifting Detective that I quite liked. The setting and attempts to emulate a noir mystery are brilliant, both from the foreboding guest house where the murder may be staying to the constant “news report” radio that plays in the background. There are times when the radio hosts, Poe and Munro, feel like they’re trying a bit too hard to sound dark and 1940s, but that’s a whole different thing that I’ll touch upon in a moment. As you transition between areas and rooms, the tone is set well, giving a real sense of uneasiness as you watch the time tick by, and even moreso when you go into a room and no one is there. There’s one brilliant moment when, after interviewing someone, I returned to my cab as I always did (I rang up quite the fare during my play) and suddenly there was a knock on the car window. The noise, combined with a quick jumping camera, did give me a shock, and I chuckled at forgetting my phone inside. Well played, Wales Interactive.

The way the story progresses is quite enjoyable to a certain degree. You start off with a general feeling of occult and magic as it is (since the tarot readers are the primary suspects) and then it only gets more mysterious and mystical as you learn about what the readers are doing there, who they feel might be the killer, and what the source of these killings may stem from. I’ll admit, I was a bit skeptical at the idea that there would be a different killer selected every time you started a new game, but the choice tree and the dialogue handles the whole thing really quite well. There are subtle (and not so subtle) differences in the information you get, in who did what, and also just the way characters react to certain things. Quite honestly, if you’re into the game at all, you’ll want to play a minimum of three times to see where it all leads. I have no idea how many endings exist, but, if LateShift is any indication, we can expect to see at least eight, plus a bad ending all of it’s own. Truly, I’ll be interested to see a walkthrough guide when they crop up.

The bad news, though, is that I didn’t like certain elements of cinematography in The Shapeshifting Detective. I understand that we’re trying to set up a noir mystery backdrop, but there are several specific things that feel utterly contrived and forced. When you’re trying to decide what you want to say to a character, you get this odd screensaver of angsty, guilty poses that the person will go through while they wait. There are some cases where there’s a single long take on a sentence, and some where the camera will jump every second or third word, causing you to speed zoom in and out on a character, changing angles slightly and overall making me nauseated. And I hated having to hear “Sam” repeat his voice-testing lines everytime I morphed into someone else. The first time, sure, make sure you got the accent and the cadence right. But this is the 19th time I changed into Rayne to see if I can get Lexie to misspeak. I know what the bloke sounds like, I don’t need to do vocal exercises. 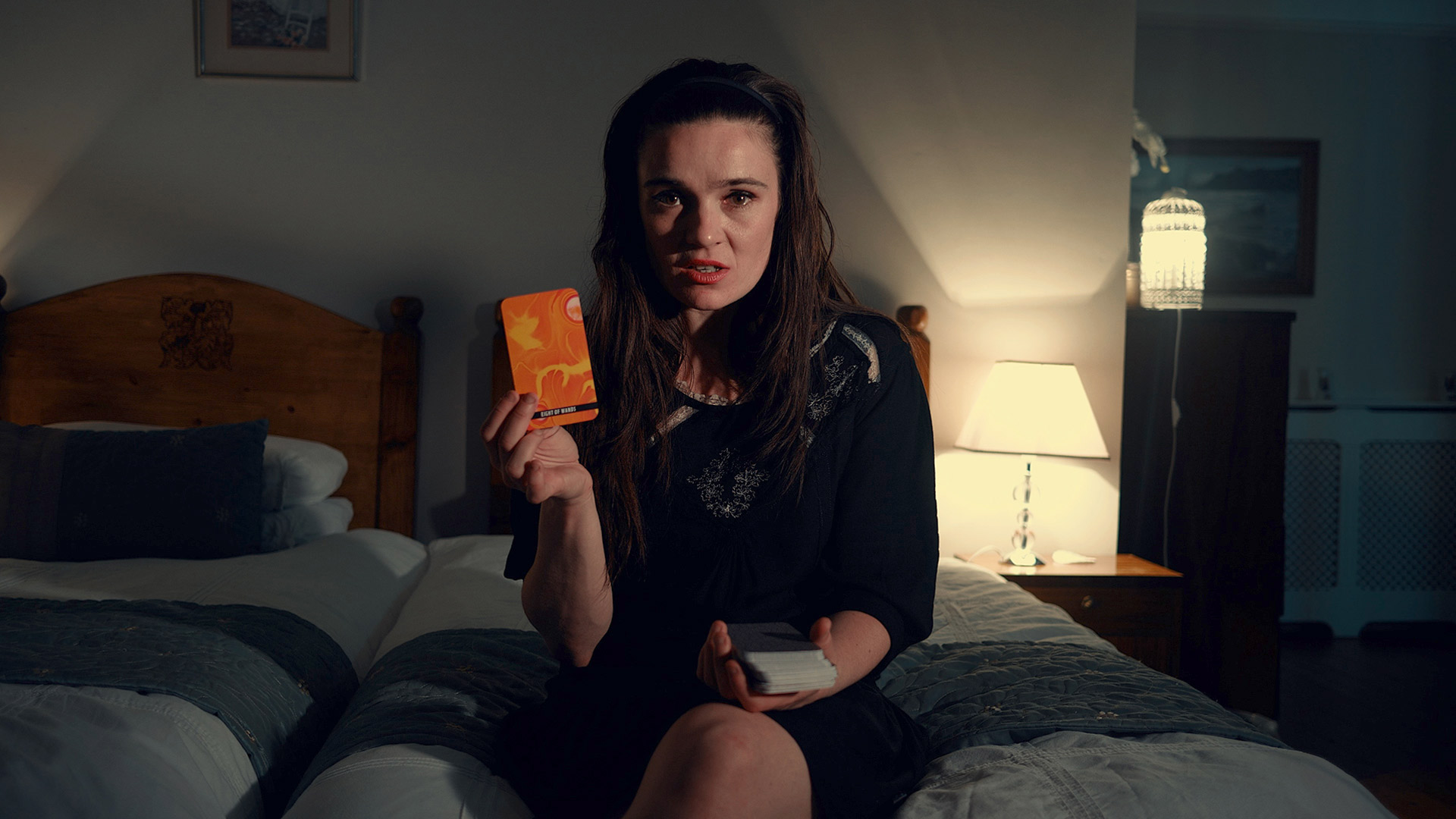 Additionally, there were just some things about the characters I didn’t like, particularly Detective Dupont. Everyone has their own way to dealing with this issue of Dorota being murdered, and I get that the tarot group needs to appear as emotionally balanced as possible so they don’t go to prison ASAP. But the victim’s boyfriend isn’t too broken up about it, another is perfectly fine, a third basically said she deserved to die because she was too slutty, and the rest are just ho-hum. We have a big reveal that Dorota may have had a relationship on the side that her boyfriend was totally unaware of, and, instead of being like “Woah, that’s a whole new thing and potentially motive for two different people,” he decides to quote a Katy Perry lyric like he’s doing MTS3K. C’mon man, there’s dark humor and then there’s being chief investigator on a murder. Everyone came across well enough, but those moments of irksome bad writing and bad acting rankled me.

But The Shapeshifting Detective did deliver on it’s promise, and I was definitely held in suspense for the first time playing through. There was a bit of “try every button” on the first chapter of the game, but things streamlined and led me down the path, first holding my hand and then practically dragging me, towards the explosive conclusion. I was, shockingly, wrong about who committed the murder, or at least who I had made up my mind did it in the first 20 minutes. There are moments of frustration: sometimes you’ll miss a single character combination in order to spark something to move the game forward. There are moments of dickheadishness: I definitely put Oscar in a bad spot by trying to sleep with Ellis, to simply to see if I could. There are even moments of absolute confusion as we add aliens to the mix, depending on choices. Yet, throughout it all, it kept calling me back. I wanted to see this thing through to the end, odd knobs and all. And I’m glad that I did. Now I’m just left wondering: the next time I play, who will be the real criminal?

You’d be surprised what truths and lies abound when no one knows just to whom it is they’re speaking.