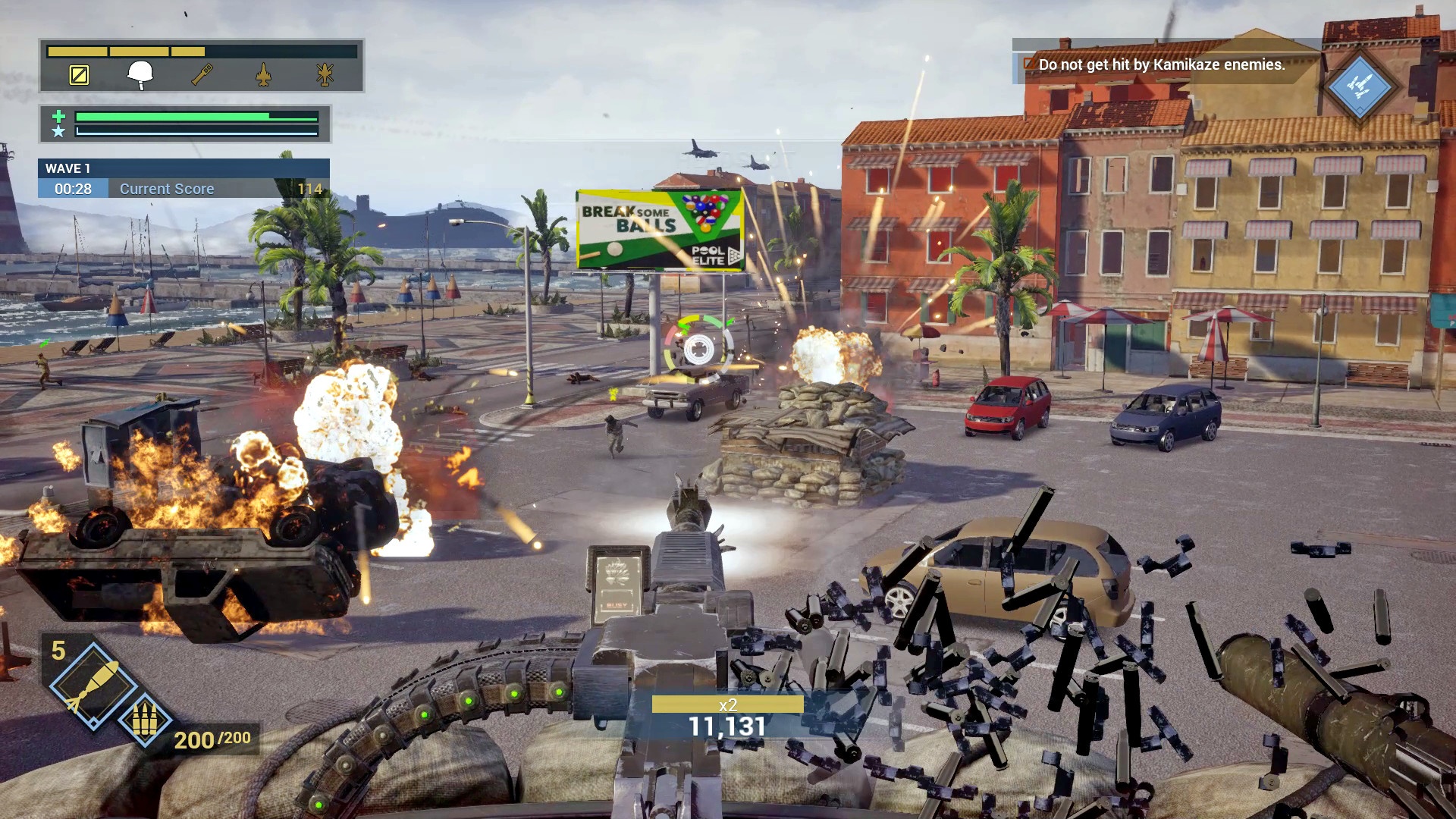 I often find myself shaking my fist at the screen of my TV, whenever I come across a neat looking game with a bright, white tag saying ”PlayStation VR” required. And while I owned a PlayStation VR headset once upon a time, then I often found myself seeing it as a nuisance and an inconvenience, rather than a piece of technological innovation; and that’s because most games which make use of the VR technology use it as a gimmick, more than anything else. Games such as Inpatient and Arizona Sunshine could be much more enjoyable without a chunk of plastic hanging off of your head.

While some titles could do without forcing the VR upon potential customers, then there are some games which would greatly benefit from being ”VR only”. One such title is the recently released Heavy Fire: Red Shadow. which is a tower defense like shooter, which has you stationed on top of a mounted turret and turn around from left to right while killing waves of grunts, and destroying dozens of vehicles. And while this could have some appeal within the remits of virtual reality, then unfortunately without it, it is just as uninteresting and run of the mill as it sounds. 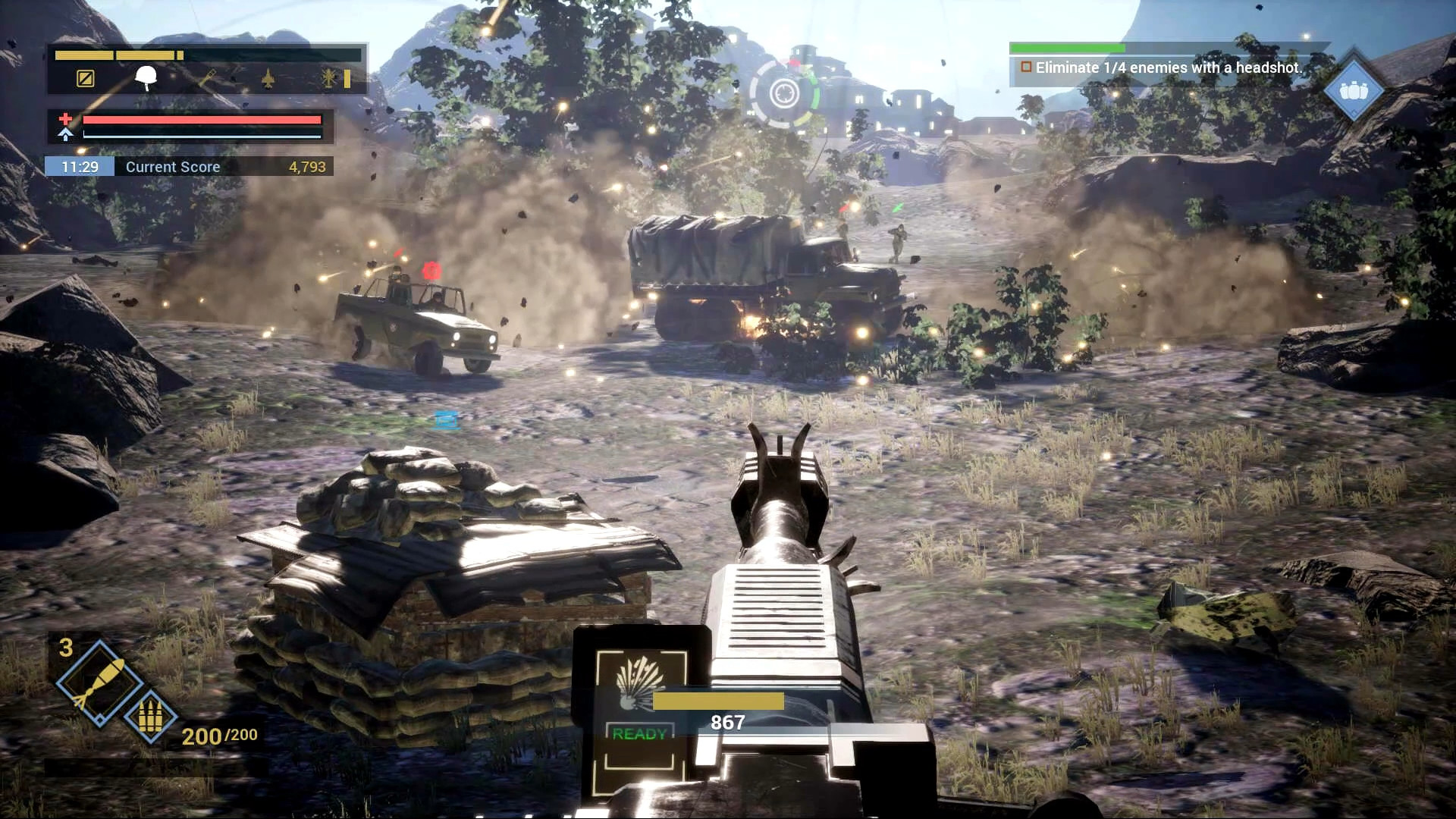 Heavy Fire: Red Shadow, is ”VR compatible”, meaning that while it does not force VR upon you, it does give you an option to plug-in your headset, and let it rip. And while I often criticize games for not allowing consumers to play them outside of the confines of VR, then in this instance I have to say that Heavy Fire: Red Shadow would be much better off if it was a VR only game. And that’s because it is simply not up to scratch as a standard release, as it is lacking in each and every single department which you can think of.

Visually, the title in question is nothing to write home about – at least not in a positive manner. And that’s because it resembles more closely a far eastern, free to play mobile release, rather than a console and personal computer product. A product which will cost you rather steep $19.99, on the American version of Sony’s PlayStation Store. And while it does not possess any major graphical issues unlike some digital only releases, then it does lack any form of substance or quality, as execution wise it looks rather ‘low-effort’ due to its shoddy textures, and pathetic special effects. And what  makes it even worse, is the rather drab and uninteresting art direction, which has been done to death over the years by much more engaging, and superior titles.

The rather unimpressive visuals, are not the only issue which Heavy Fire: Red Shadow possesses. In fact, this particular title is full of them, and one of them, which often can be seen as the most jarring, is related to the rather depressing in-game AI, which is laughable at best and down-right unacceptable at its worst. And it is the most noticeable during levels with a large number of foot soldiers, as those particular units suffer the most from the title’s poor, and at times nonexistent artificial intelligence. And while playing, you will often see them running into obstacles, spin in circles, or simply stand in place while doing absolutely nothing. Sometimes, when the stars align, you may be able to witness a little scrap between the AI forces, but once hostiles get in your range they completely ignore your foot soldiers, and go straight for you – meaning that if your troops feel like shooting, they can mow them down with extreme prejudice. 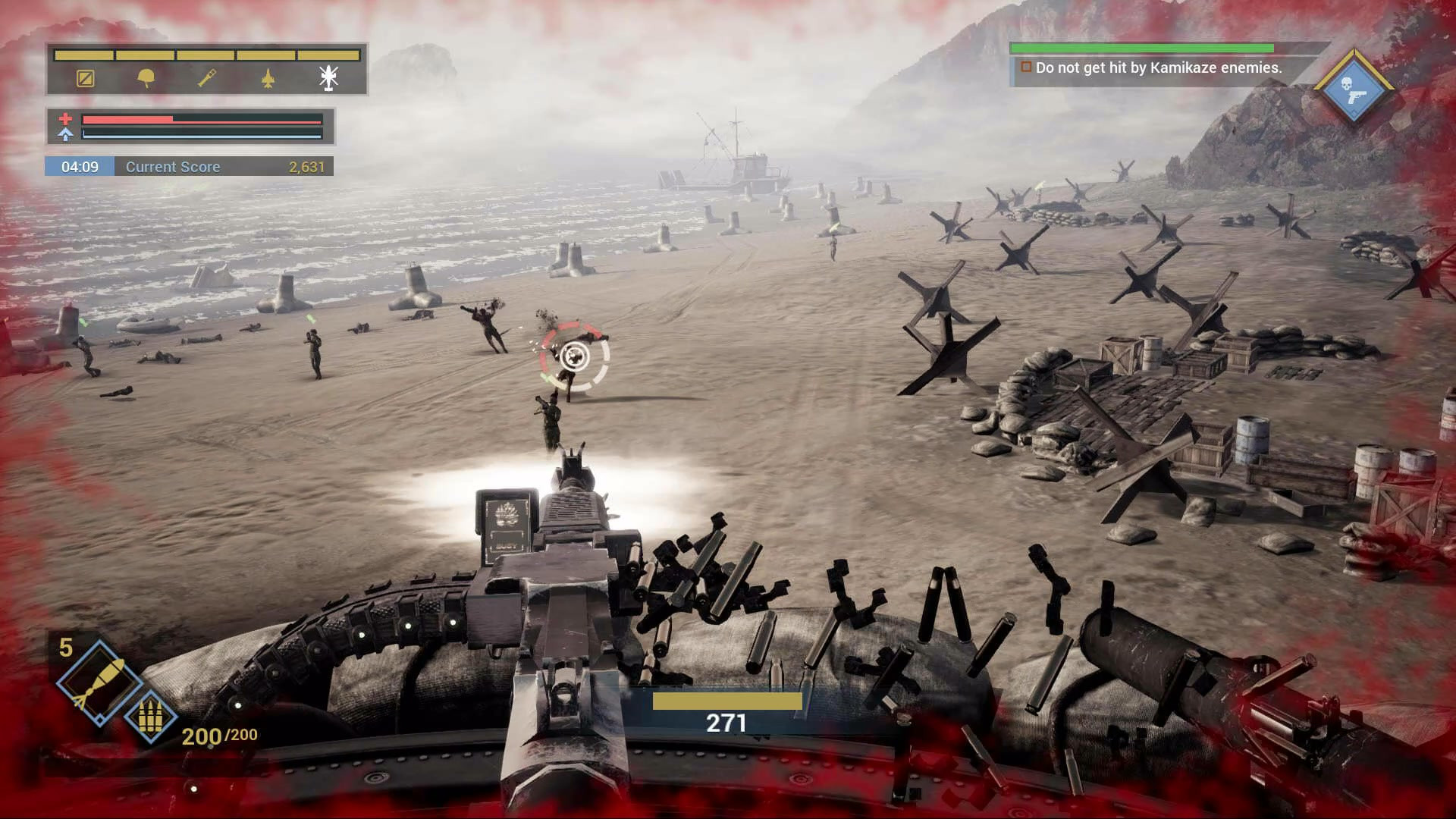 Poor graphical presentation and catastrophic AI, can and likely will, ruin the experience for some players. But what will ultimately throttle any fun or entertainment which one can get from this particular game, is Heavy Fire: Red Shadow’s mundane game design. As throughout the game, all you do is sit in place and gun down enemy units as they stumble towards. And while there is a story to this game, it is ultimately nothing more than background noise, as the core gameplay is so dull and mind numbing, that it forces you to lose interest within minutes. And while there are multiple levels within this particular game, then the only thing that changes is the scenery, as for the most part, all you do is spin in cricles, and hold R2 every now and then – whenever hostiles appear. So in truth, you are just like the title’s AI.

Not to prolong any more, all that really has to be said about Heavy Fire: Red Shadow is that it is a game which has been built with VR in mind. But in search of extra income, the developer has given you an option to play it on a screen. And this particular decision might have been the title’s greatest downfall, as it is simply nowhere near the standard which a game should be, in 2018. And after taking Red Shadow’s price in consideration, one is left downright confused, because ultimately, as a non-VR experience, Heavy Fire: Red Shadow is a low-end game, with a high-end price.

As a non-VR experience, Heavy Fire: Red Shadow is a low end game, with a high end price.