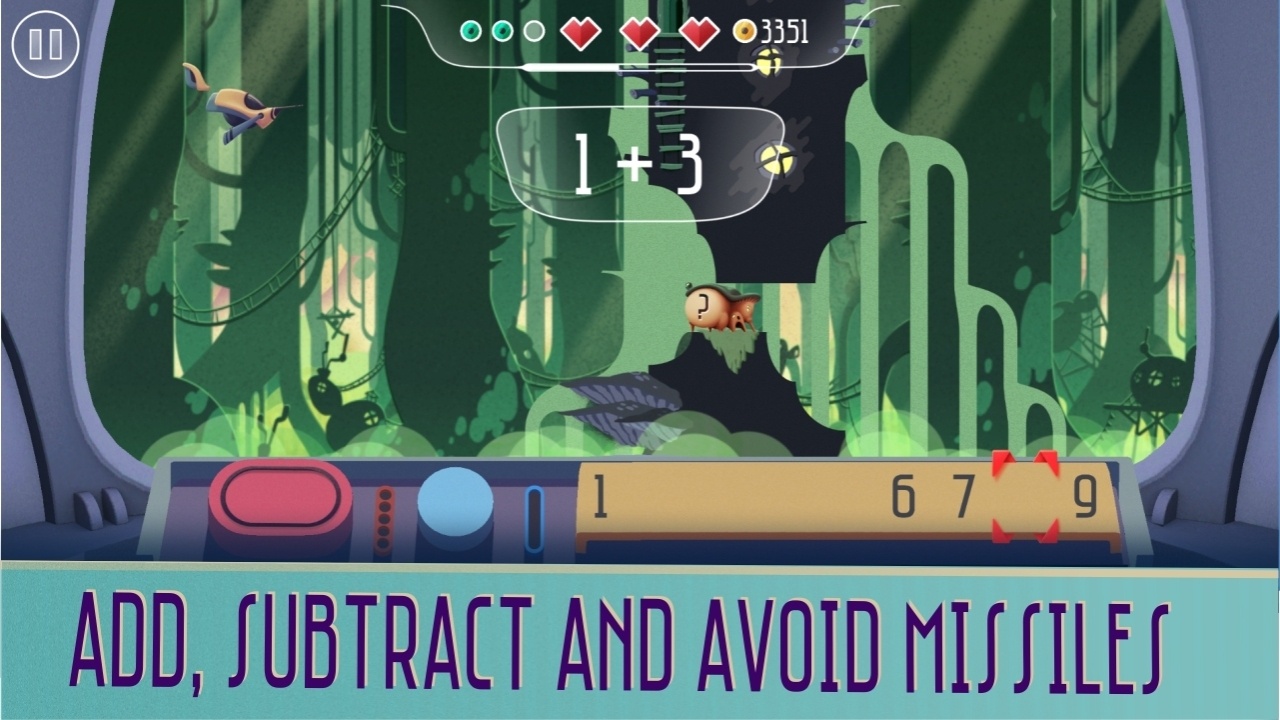 Educational software is a really tough road to go at on any device, in any capacity. On the one hand, parents are always looking for something to make their kids get a leg up and learn without just sitting down and drilling them for hours. Additionally, kids are always looking for ways to do literally anything but study and homework, and very few care that these games are thinly veiled lessons. On the other hand, there’s a lot of great games out there already, and, when something doesn’t quite work, you’re left with worse than a bad game: you’re left with an uninteresting learning tool. So I think that parents and kids in general should put a bit of thought into things before diving into the game that is Numbala.

Indie, educational developers Neurodio put a fair amount of thought into things before they constructed Numbala. Their website talks, at length, about the research and development that went into the game, hand in hand with a good number of great scientists involved in order to target aspects of cognitive learning, muscle memory, developmental mathematical skills and stimulating multiple sectors of the brain at once to maximize the effectiveness of the game. However, by their own admission, the storyline is a bit thin: a girl is off to collect the coins strewn across the galaxy bay cosmic whale. You know, that cosmic whale that’s always flitting about space and dropping change. So she (who has no name) heads out and leaves her dog at home, promising he won’t be menaced by any evil, malevolent beings. Turns out she was wrong, and there’s a dude known as the Space Corsair who is also trying to get these coins and might destroy everything or something. Get the coins faster, do it well, master math.

Numbala plays out in a sidescrolling sort of collection game in which you have to gather coins as they appear on the screen. Each coin is assigned a numerical value which you need to align with a slider on the screen in order to collect. So if the coin has the number 4 on it, you gotta move the slider to 4 and hit the ZR button to move to that spot. Initially, you only have to move to the number that you want to collect, but, gradually, things get more complicated, as addition, subtraction and…both, those things. Additionally, you need to incorporate your blaster in order to blow out blockages made of certain numbers, as well as destroy incoming missiles, because that happens on occasion as well. And there are power ups, which kind of sort of defeat a lot of the purpose of the game, but we’ll get to that in a moment. There’s also three special coins per level that are used to unlock other ships, which look cool but technically don’t do anything different. 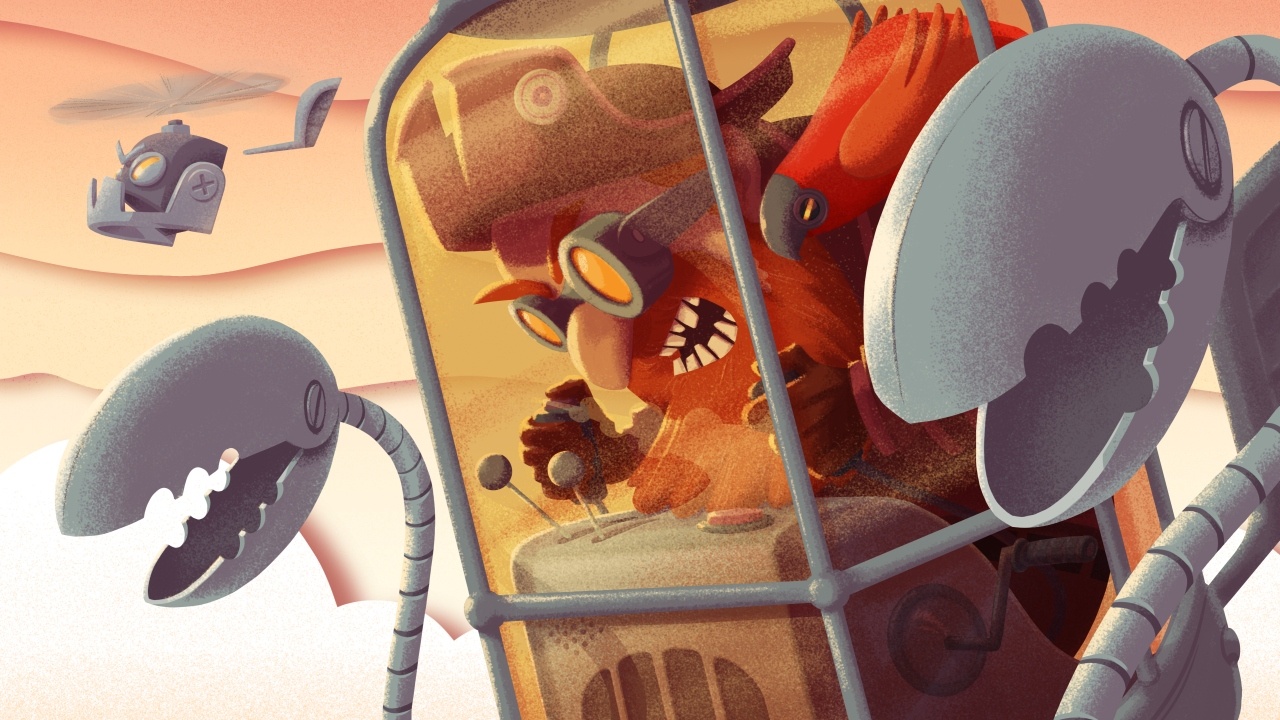 Presentation-wise, Numbala is pretty banging for a mathematics game. A far cry from the broken, ugly visage of Math Blasters (don’t defend it, it’s aged horribly), the artwork and scenery of Numbala is downright endearing, with a gorgeous color palette and some surprisingly varied landscapes in which to explore and find coins. The design of the ships is pretty spiffy, giving a good incentive to try your best to collect those extra coins. Additionally, the music is really quite driving and sweeping, like it’s scoring something that goes far beyond a simple educational game. The initial effect of everything got me on board immediately: far too often, educational titles focus exceedingly hard on “LEARN” and not on “BE INTERESTING.”So kudos to Neurodio for nailing that aspect.

The concept of the game is pretty good as well. Instead of having it be a super simple parlay from flying to typing in numbers, the additional steps of needing to move the slider around and align with the correct digit creates a higher rate of concentration, enabling kids to stay on their toes and really focus on both what they’re seeing, what they’re doing and how they’ll succeed. I will argue that the handheld mode is a bit more effective in my eyes: you get to sweep around with the left stick, choose things with the ZR, fire with A and it really works just fine for someone who left his simple addition and subtraction problems at the door over twenty years ago. The sheer amount of motion tracking that goes into playing docked and needing to fine-tune your wrist movements with the right JoyCon is kind of taxing, though, arguably, my older daughter (who just turned seven) had no problem with it and enjoyed things immensely at first. 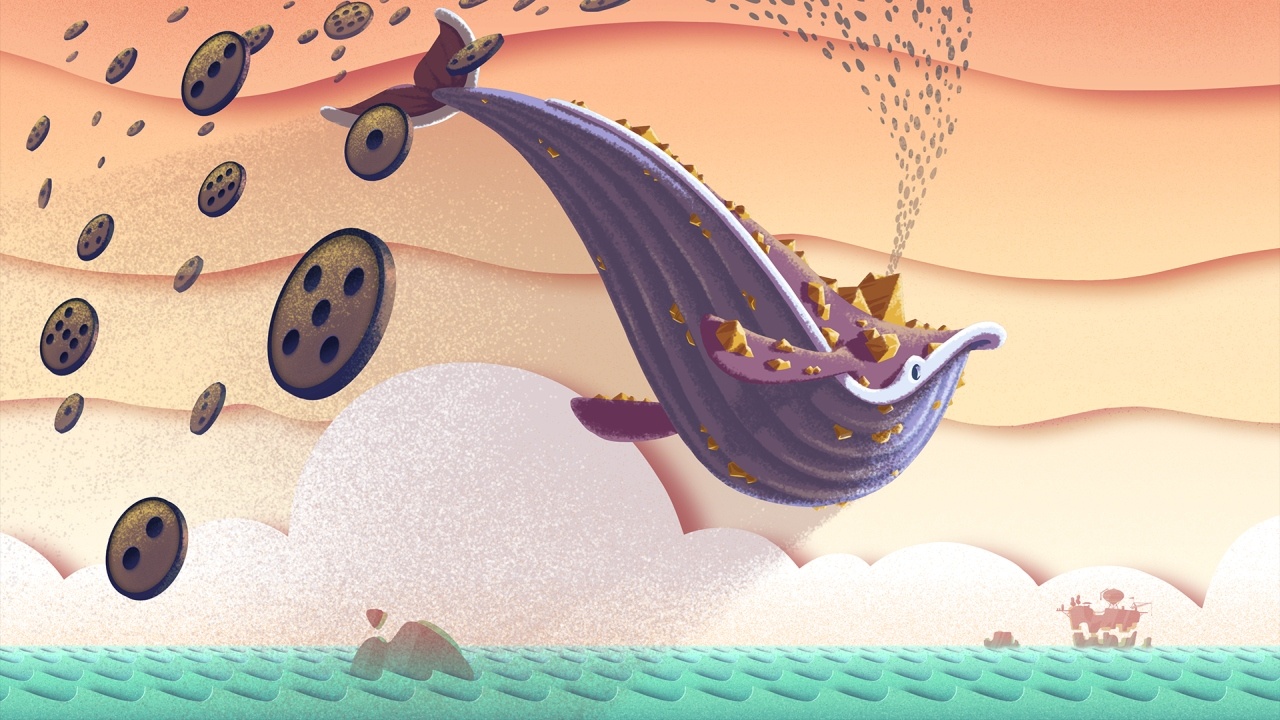 However, I take a little umbrage with the fact that you can’t move ahead in the worlds or the stages without completing them in order. There are twelve stages in the first world, and, though things increase a bit in terms of difficulty over time, most of the first twelve are spent with the same process as the first level: line up with the right number to collect the coins. This is mind numbing after a while, especially when you were looking forward to doing some equations. Being able to move onto the next world and do some actual math was a breath of fresh air, but it was too late: my daughter had long since checked out, figuring that she could count literally anything else except for numbers, floating in space, which were kind of hard to reach. I managed to coax her back for a couple of the subtraction equations, which got her back into the spirit of things, but she really lost her momentum from the initial moment. This brings up a strange quandary for other parents with children that may already be studying math in some capacity. Does Numbala work best if you’re starting from exact zero? Is my child just less interested in video game than she is maths, so it didn’t quite make the connect? Or is there any form of expectation that a mom/dad might help out? I can’t possibly see the latter being the truth, so I’m hedging on the second option.

As for the power ups…look, I get it. This is a video game, and you want to make it have a bit of flair and variety in terms of how to play. But this is supposed to be teaching kids maths. I feel like it hamstrings things a bit when you have items like shields and magnets to make coin collecting more forgiving and easier. The shield makes the most amount of sense in any shooter because you want to survive a mistake, and, sure, kids shouldn’t be kicked out of the game for missing one number. The magnet, however, almost seems to encourage you to play the game wrong. “Yea, three plus four is seven, but you’re on six, and the magnet can grab things, so close enough.” I wanna believe I’m wrong on this. I want to believe with all the science and research that’s gone into this game, that my narrow perception of things is making me find problems that don’t exist. But, when it comes to helping kids, especially my kids, learn, I try to vet them as best I can. I can’t speak for how good a teacher is or if Common Core makes a lick of sense, but I know video games. And that’s where my unease comes in.

In all honesty, I hope that Numbala is a good tool and helps people look towards video games as a viable accessory to helping promote learning. At my old school, where I taught, they were still using things like Carmen Sandiego from the 1990s to teach US geography and Jump Start 4th Grade to supplement grammar and science. They use these old titles because new ones haven’t come along or proven themselves. But, sadly, Numbala isn’t going to be the thing that rebalances maths in my house. I hope, maybe, it aids someone else then.

I hope that Numbala is a good tool and helps people look towards video games as a viable accessory to helping promote learning.