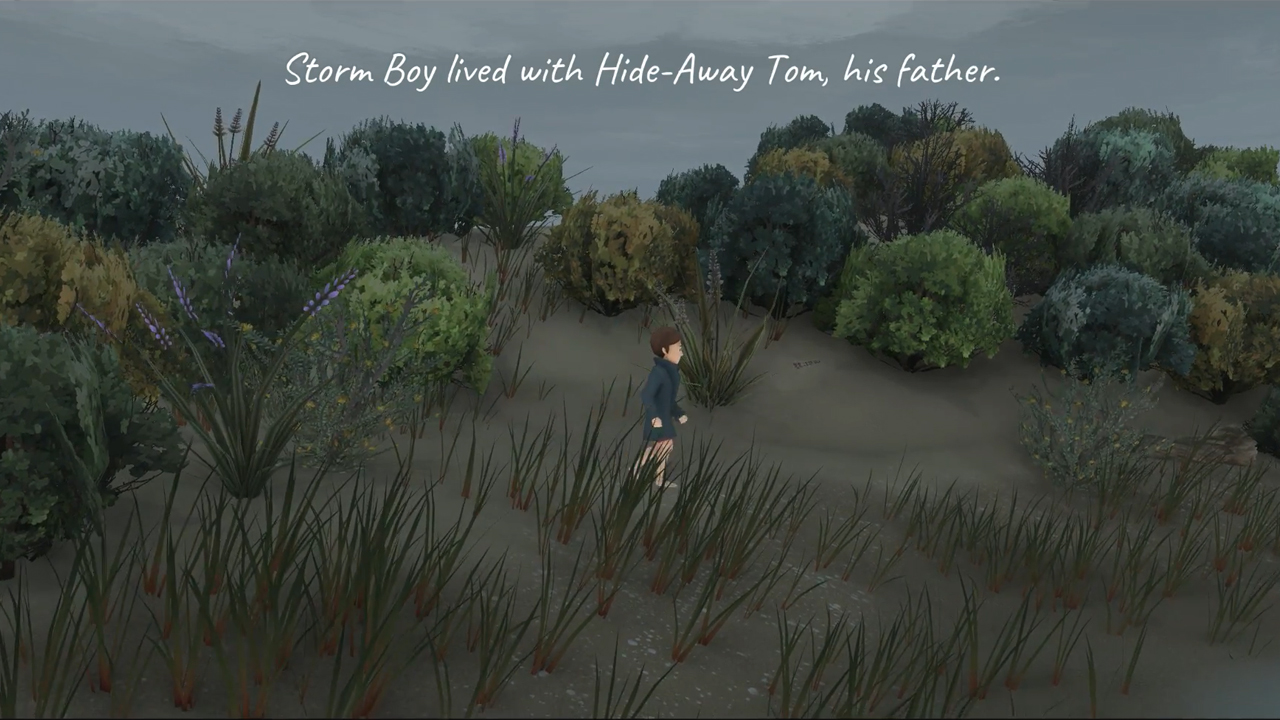 The concept of interactive storybooks was something that I had never really come across on home consoles before, until I became the owner of a Nintendo Switch. Within it’s library, you can find an abundance of these styles of game, although admittedly the majority of them can be quite adult orientated or centred around Japanese romance. However, with the release of Blowfish Studio’s Storm Boy: The Game, we now have an interactive story that is aimed solely at a younger audience, although its charms also makes this a very thought-provoking experience for adults too.

Published through Level 77, this title presents an interactive re-telling of Colin Thiele’s classical 1964 tale of a young boy and his feathered Pelican friend, Mr. Percival; a story which is also seeing a remaking in a new movie format that is coming to cinemas soon. The story takes place upon the beaches of Southern Australia, near the mouth of the River Murray. Within a 3D environment, you control the character of Storm Boy in a 2D style of mechanic, moving across the landscape from left to right. As you journey across the beach, over sand dunes or through the groves of shore-based bushes, excerpts of text appear across the screen that narrate the story and describe the events that unfold. 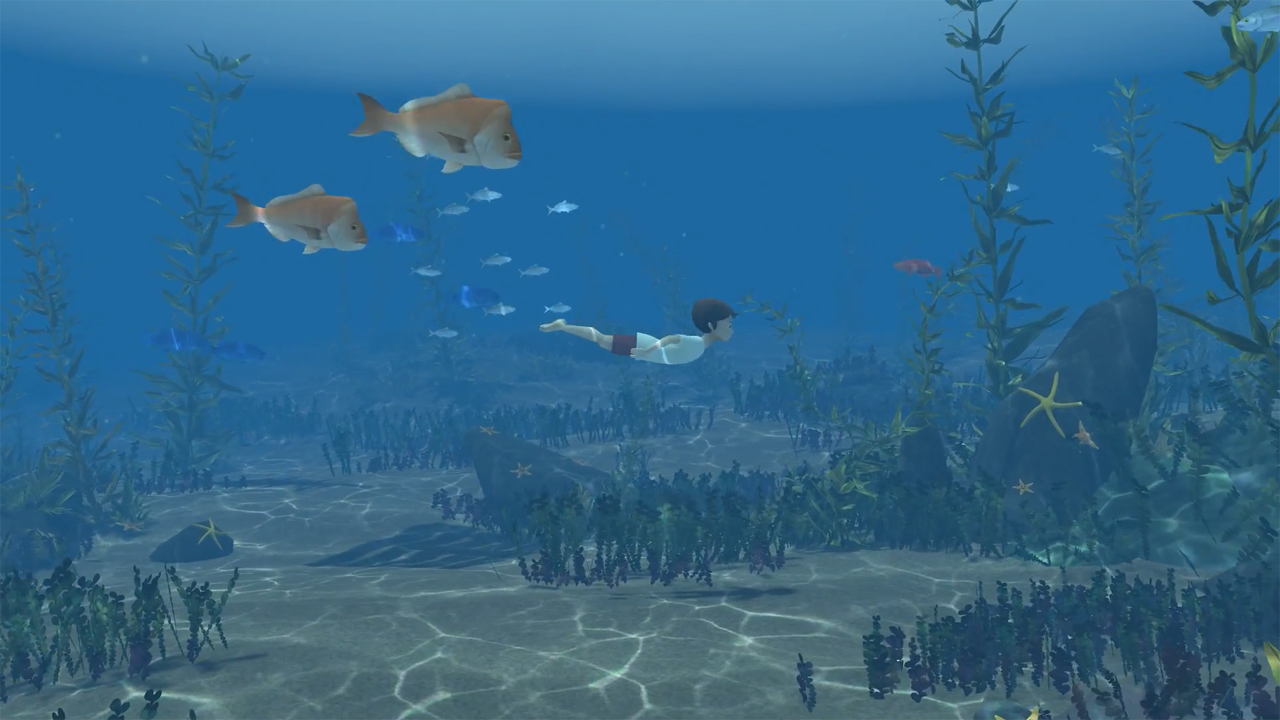 In order to make this a title more accessible to a younger audience, the main bulk of the story has been cut down to include only the key moments, namely the telling of the relationship between Storm Boy and the Pelican he helps to rescue. However, scattered throughout the story, a series of mini-games or interactive elements allow you to take control of certain characters, such as the Pelican, Mr. Percival or partake in various activities such as drawing in the sand, hunting for cockles, sailing, swimming and many others. These interactive elements offer a nice distraction from the main story; the majority of them also being quite fun to play through, again, especially for young children.

In terms of gameplay, this is title that offers a mostly relaxing experience. There’s no pressure of time constraints, high scores or competing; just simply a calming jaunt through the story of a boy and his bird. However, the main themes of the story centres around the cruelty of mankind and to be honest with you, is quite a sad and heart-wrenching tale. With that in mind and if you are thinking of purchasing this title with children in mind, their first playthrough may be better accompanied by an adult. Saying that though, there is a form of happy ending that can put the smile back on a child who may be upset at the underlying message that this story tries to get across. The best comparison I can think of, in terms of emotive feeling, is probably Watership Down.

A typical playthough can last anywhere between twenty minutes to an hour; depending on how long you spend within the mini-games. For a child playing the game, there is much to love within these interactive elements of the game; even as an adult, I enjoyed partaking in some of the activities with guiding Mr. Percival through a storm to help a stranded ship being a personal favourite. The whole presentation of this game is sublimely done, from graphical depictions, control schemes and audio qualities, everything here has a professional and polished feel to it. The musical score matches the mood of the story perfectly and the graphics has a distinctly children’s illustrated book feel to it. The animation of Mr. Percival too, is also worthy of a mention as he ruffles his feathers in a very realistic fashion or waddles to fetch a ball in a believable model. 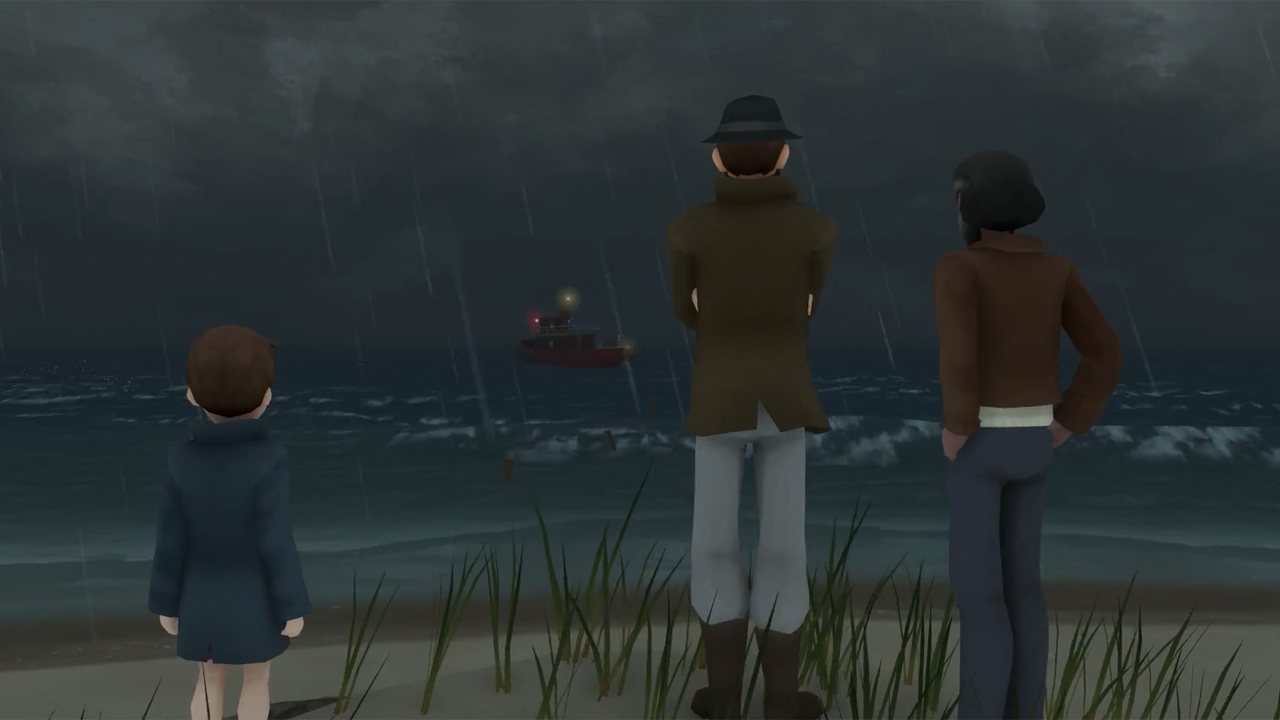 The control scheme has been designed to make this an instantly accessible title for any age. The majority of the time is spent walking along the beach amongst a series of stunning backdrops, but the interactive elements of the game can be controlled with the left thumb stick and one or two buttons. However, full touchscreen support has also been implemented, making drawing in the sand or collecting cockles a naturally easy exercise. If there’s one small gripe, then it would be the font of the textual narrative can sometimes blend into the scenery, making it a little difficult to read, but in the context of the game as a whole, this is seriously only a minor gripe.

Overall, Storm Boy: The Game is an exemplary example of interactive story telling. If you’re a parent looking for a title that will educate and amuse your child, then this is it; especially with its pocket-money pricing. There is plenty here to keep any child amused, as well as plenty of charm to provide an interest for adults too. It’s story is beautifully presented, albeit a quite sad one, although the end-game holds enough to make any smile return. The game contains a certain polish, not so much that it gleams, but more in the execution of its functions; the way in which it tells its story, the charms of its mini-games or interactive elements but overall, the way in which it makes you feel or stop and think for a moment. It’s very unusual to find a video game that makes you do that and for that alone, makes this a must purchase; it’s worth it just for the experience alone.

Storm Boy: The Game is an exemplary example of interactive story telling. If you’re a parent looking for a title that will educate and amuse your child, then this is it; especially with its pocket-money pricing.