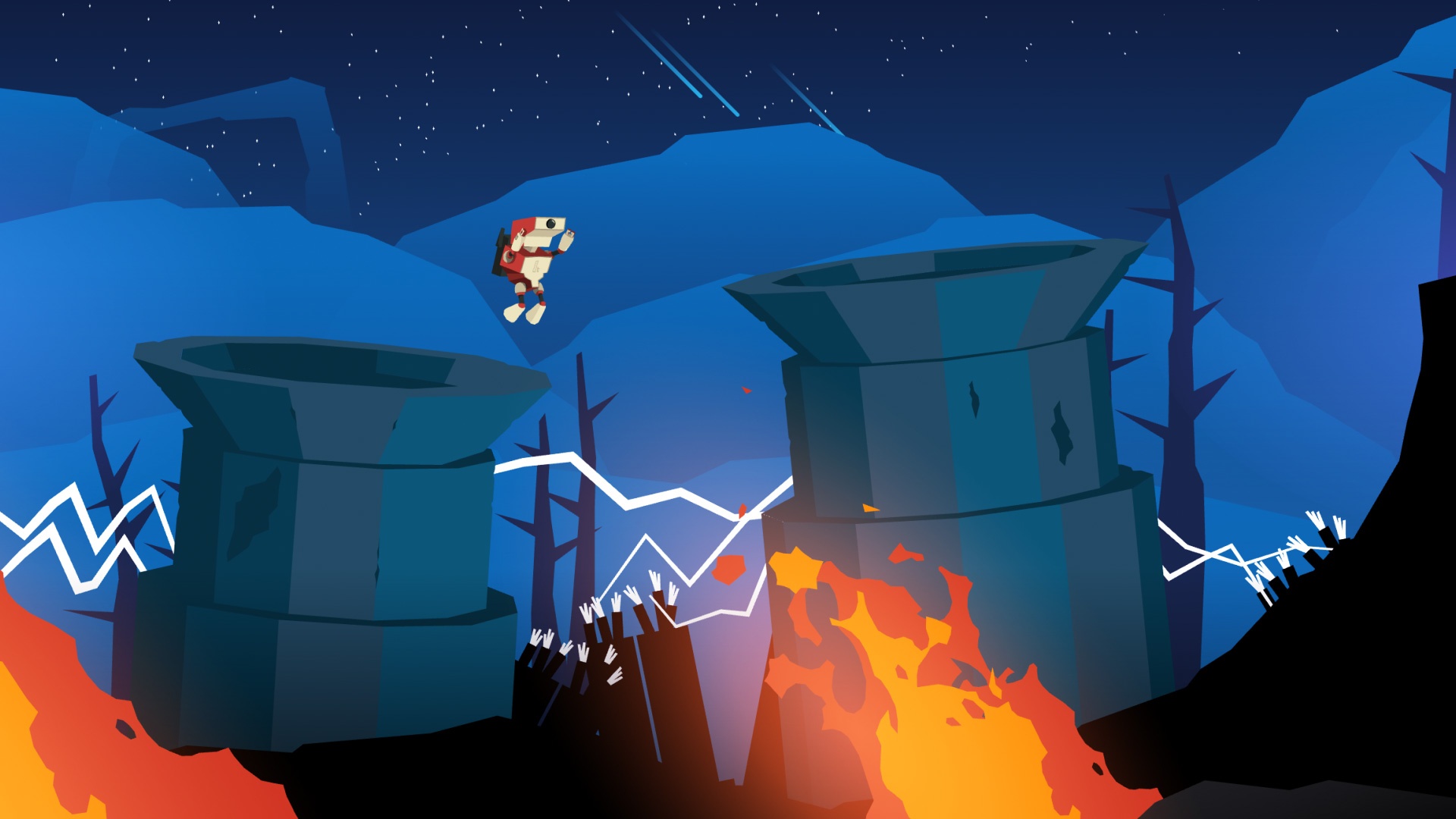 When indie games first emerged; they came in the form of 2D platformers. The more famous and successful of these was Limbo. Limbo gained that success by combining the right atmosphere with intuitive puzzles that take time to figure out but use perfect logic. Cococucumber attempts to follow in Limbos footsteps by imitating all that made it the highly rated game that it is with their own indie game “Planet of the Eyes”.

Planet of the Eyes is a 2D puzzle platformer that the same principles that Limbo used. It follows a robot with what looks like a polaroid camera for a head as the ship he’s on crash lands on an undiscovered island and needs to follow his creator’s trail to find him and I assume; rescue him. The game doesn’t use any of the typical methods of delivering the lore but instead has the player collecting tapes that fill the robot in on why it was built and what has happened to the crew of the spaceship. 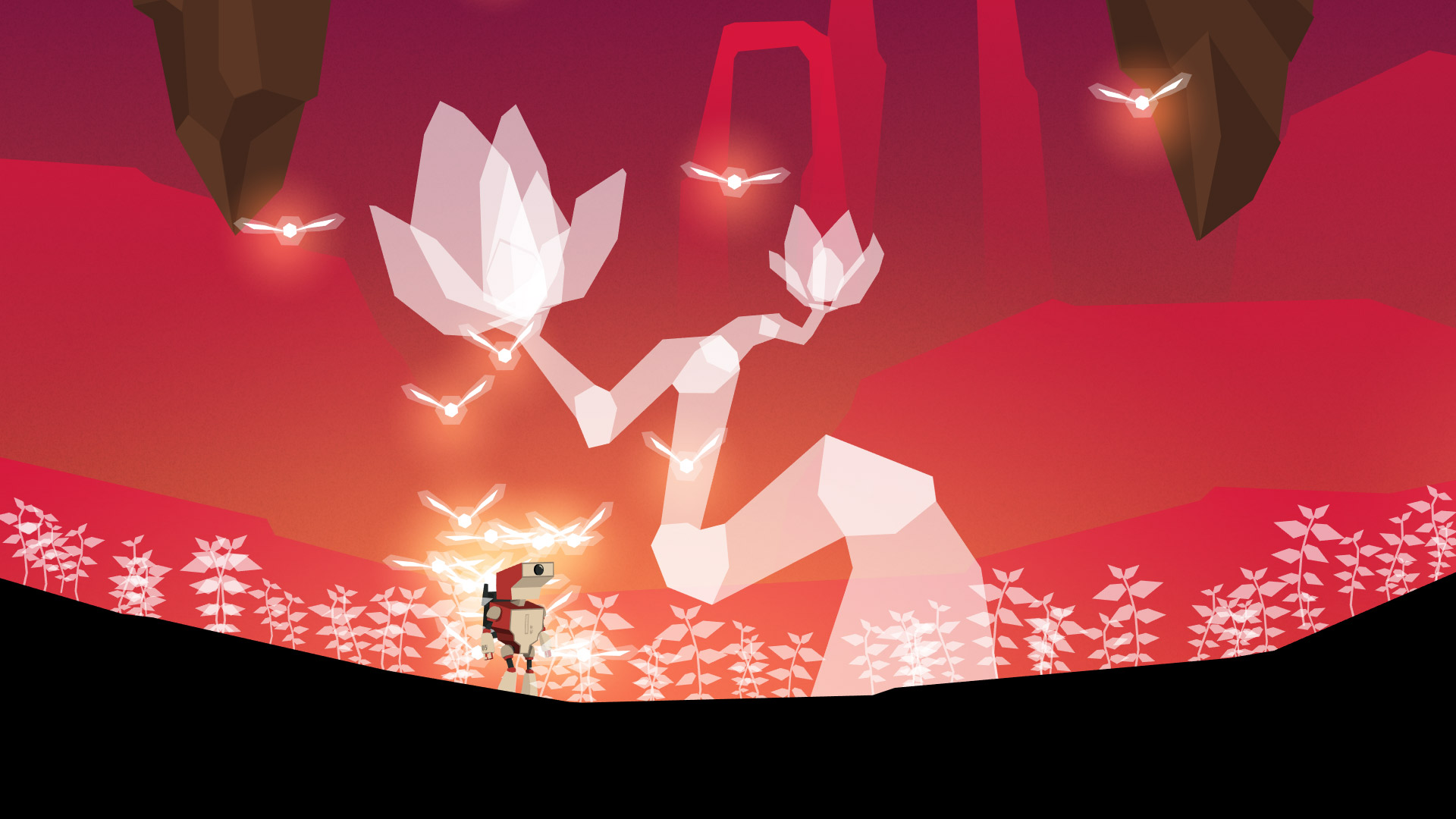 The game is your standard 2D platformer with only two inputs: jump and grab. With these the game has the player make his way across the planet while finding ways over, around and under obstacles. The way I felt during the game was that I wasn’t overcoming a challenge or fighting some sort of antagonist but I was doing what I had to do to make my way to my goal. With most of the puzzles revolving around the pulling and pushing mechanics most puzzles are easily solvable with a little logic that most people should have. This makes the game feel kind of challenging but yet; not but you still feel accomplished once completed.

Visually the game is very striking with some very unique sights that allow us to experience another world that just feels alien yet somehow familiar at the same time. With that said the music didn’t hit the right notes (pun not intended) and left me feeling a bit like it didn’t exactly reflect the environment, the voice acting on the other hand was of very high quality and really helped immerse me in the story. 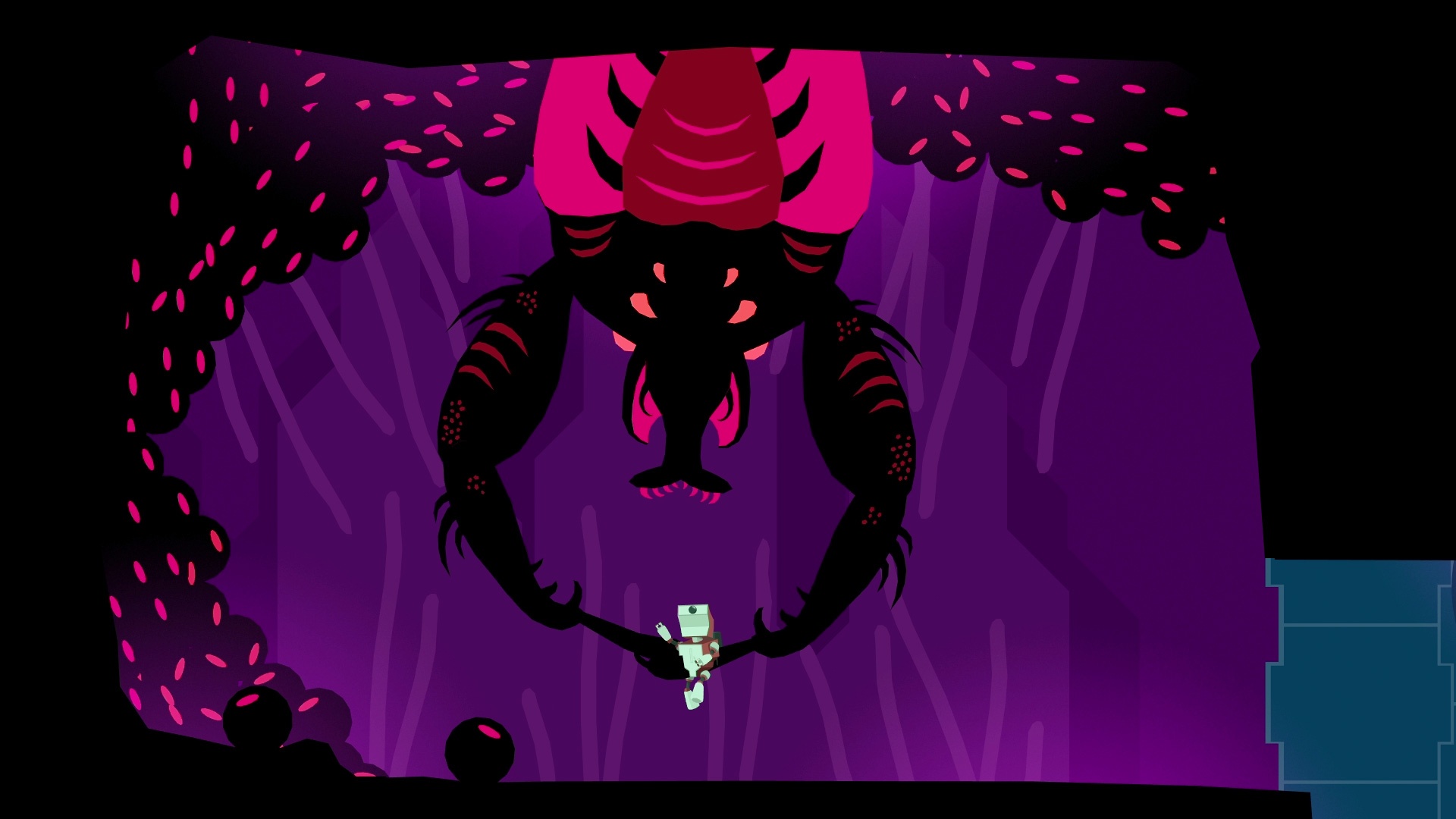 Planet of the Eyes doesn’t have many glaring issues that I’d really say ruined the experience but there are a few that left me thinking they could have been executed with a bit more finesse. My main issue was a more design issue rather than a mechanical one; which was the delivering of the story which was by picking up audio tapes left behind to hear the story as you continue traveling. My problem with this is that it’s a bit overdone in games and secondly when listening to it I found myself stopping to listen to it which made me feel like it slowed the game’s pacing down. When this could have been better delivered during a cutscene or an interaction where it didn’t feel like I had to slow myself down to experience the full story.

Planet of the Eyes is a good 2D platformer that knows its own scope and doesn’t try to be something it’s not. With that said the game has an interesting story, and solid visuals that come together to create a decent contained packaged that is worth experiencing and leaves you feeling content. Lasting only around 2 hours the game is a good one time trip to a strange planet it’s something I think fans of the genre would definitely enjoy it and with it’s easy to pick up controls even non gamers can enjoy this adventure.