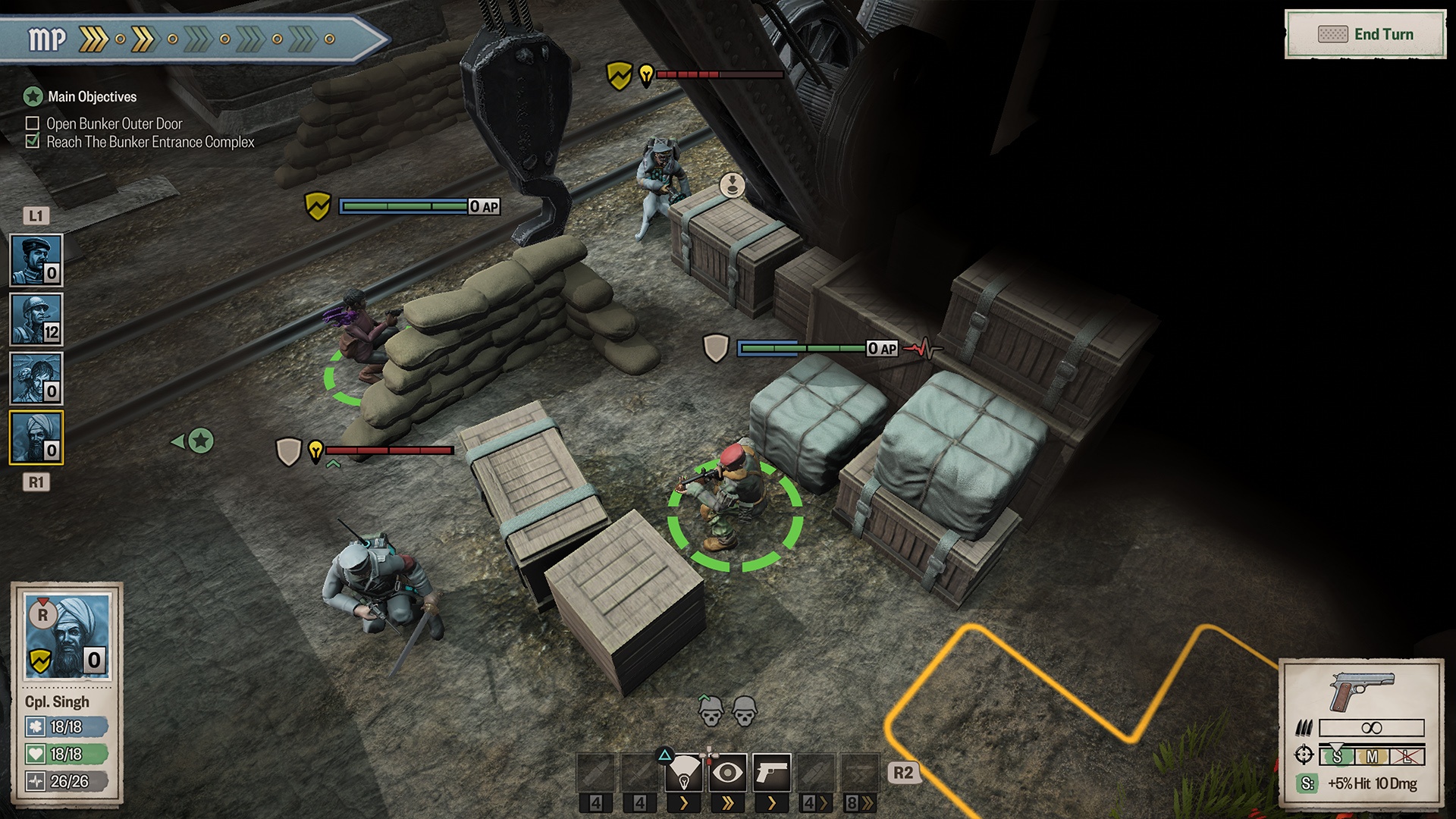 Achtung! Cthulhu Tactics is the latest game by developers Auroch Digital. This is their first attempt at a turn based strategy game, inspired by a much beloved board game and with a successful kickstarter with over 700 backers and over £20,000, they have a lot to prove.

The game is set during the dark times of the Second World War, with you taking control of a mismatched, ragtag team of soldiers from all across the world who have been specifically selected to tackle this endeavor. As is shown by the title, this isn’t your normal every day World War 2 game, instead it’s injected some H.P. Lovecraft for good measure. The Nazis have somehow allied with Cthulhu and his Eldridge monsters,, creating a real axis of evil and it’s  your mission to make sure this alliance doesn’t end with the world being plunged into darkness! 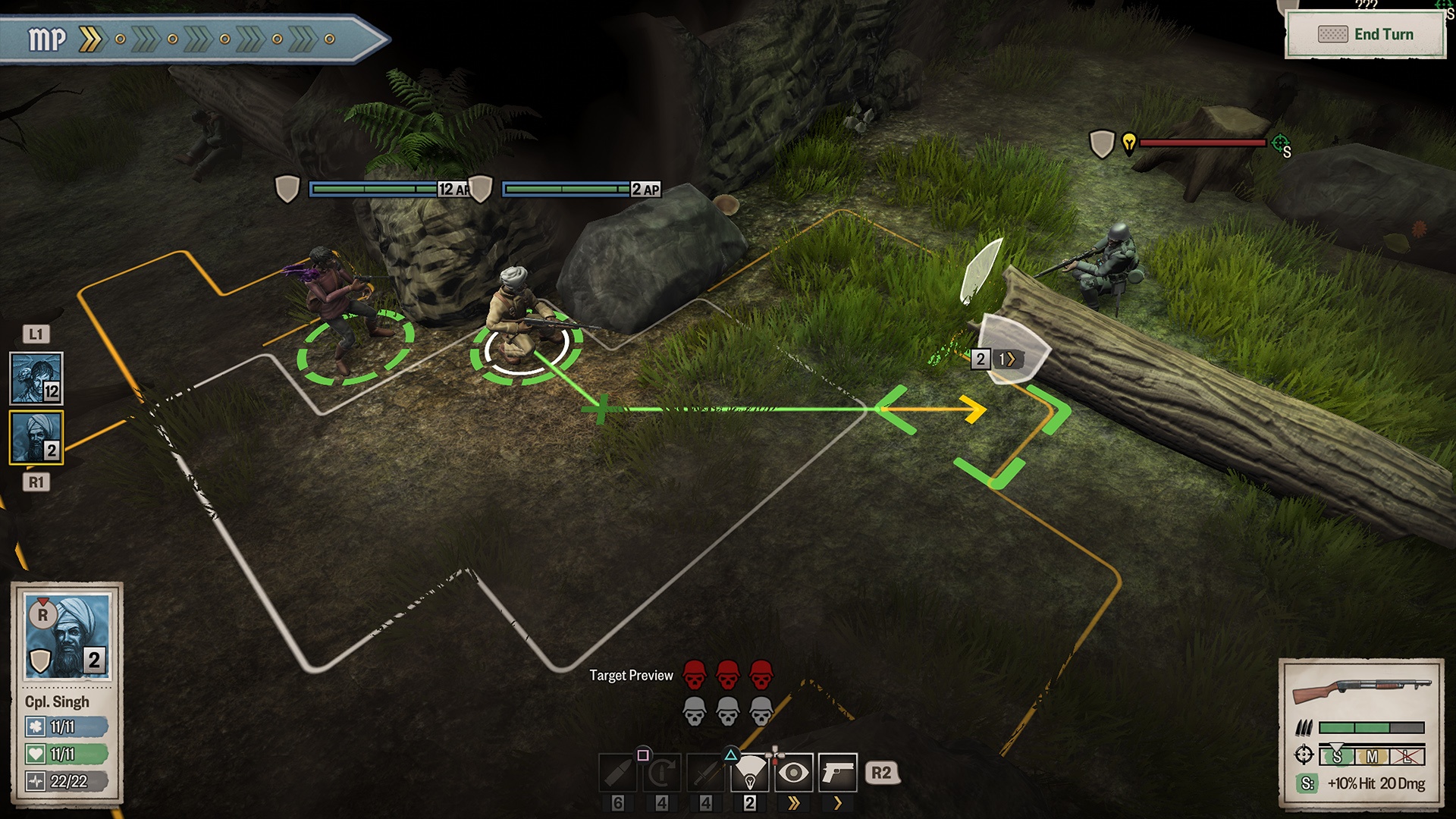 Alright, now on to the gameplay. It plays like a typical Strategy RPG or real-time strategy game. The fights are turn based and you get to move your characters around the map while being limited to a specific distance; when at your location you may then attempt to attack an enemy. Before attacking you will be shown your chances of hitting the enemy; pretty standard for these types of games. However, I found Achtung to be more newbie friendly and didn’t have a steep learning curve as other games in this genre usually have.

Audio/Visual wise the game is pretty much on par with games of its genre. With pleasing visuals at a distance and when zoomed in, you start to see that these aren’t your AAA character models, but that’s okay; as an SRPG / Strategy game its visuals arena is it’s strong point. I will give them this though I really enjoyed the character designs for both the allies and Nazis, not to mention the gruesome and terrifying H.P. Lovecraft characters. As a Cthulhu fan I feel they’ve done justice to these characters and brought them to life. Audio wise I found it unremarkable with nothing really sticking out or pulling me in, but it was serviceable I would say, it didn’t make the experience worse, that’s for sure though. 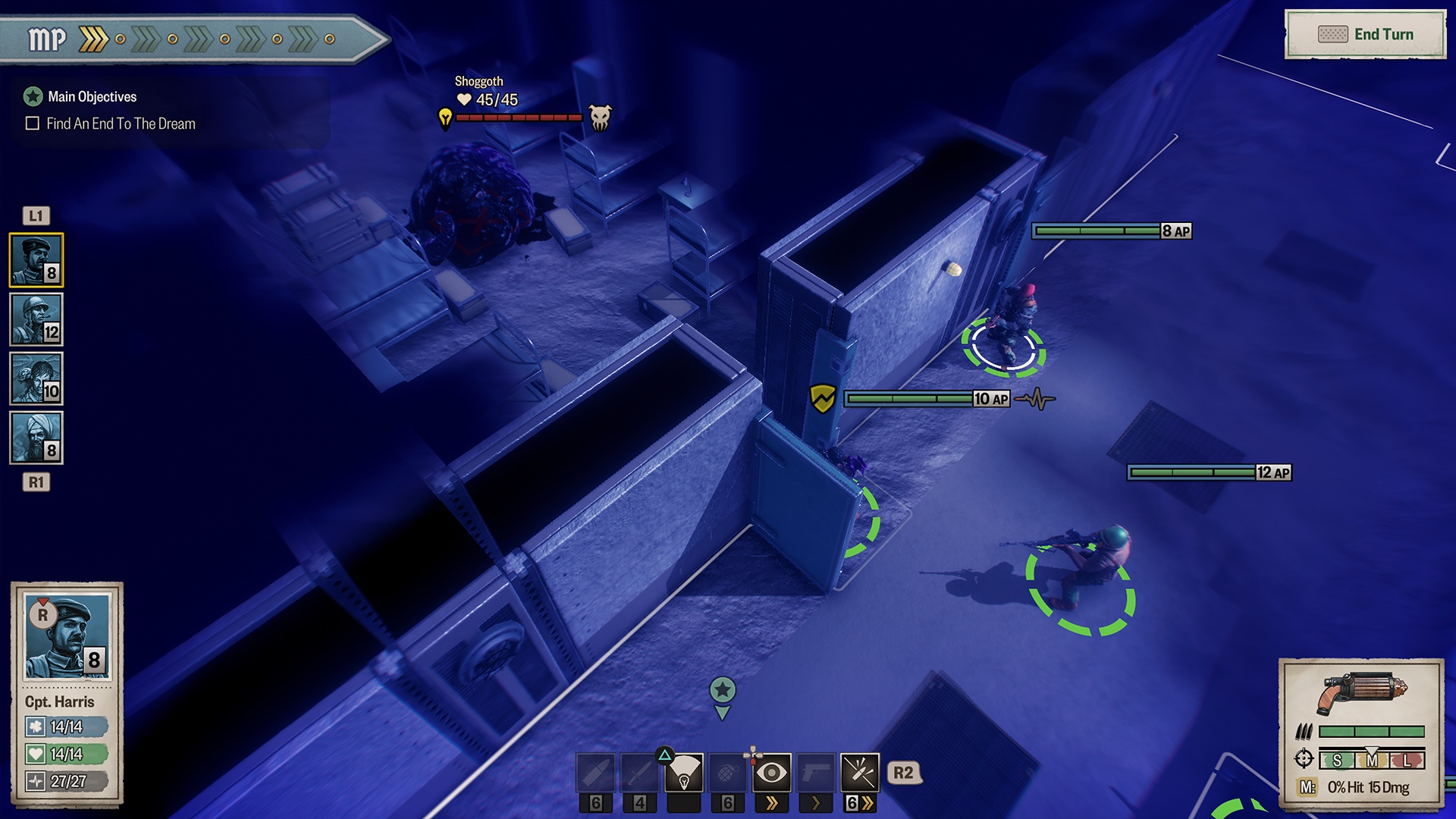 When it comes to issues my main gripe is with the User Interface. I feel as though they’ve done their best to try to make it a good experience on console, but it still feels clunky with some times frustrating results. An example is when moving the cursor to a location on the floor to move your character; I found myself having to do a lot of those annoying analog stick taps to move into my desired location. Another thing that drove me mad is the game had a silly way of targeting the closest enemy. It would skip the most logical choice and go for an enemy that’s not even in view and instead, is somewhere in the shadows off-screen. These though are a result of me looking for faults, there aren’t really any glaring issues that are unique to this game.

When it comes down to it Achtung! Cthulhu Tactics is unique game I could see myself recommending to SRPG/Strategy game fans and not. Being that it is newbie accessible, this game can help immerse Cthulhu fans without the feeling of the game making it too difficult to enjoy both the atmosphere and lore of the game. As mentioned earlier it’s not the most beautiful game out there, but it makes up for it with both fun and good character design. Overall, it comes highly recommended from me to anyone who likes or is interested in either SRPGs or H.P. Lovecraft fans.

Achtung! Cthulhu Tactics is unique game I could see myself recommending to SRPG/Strategy game fans.