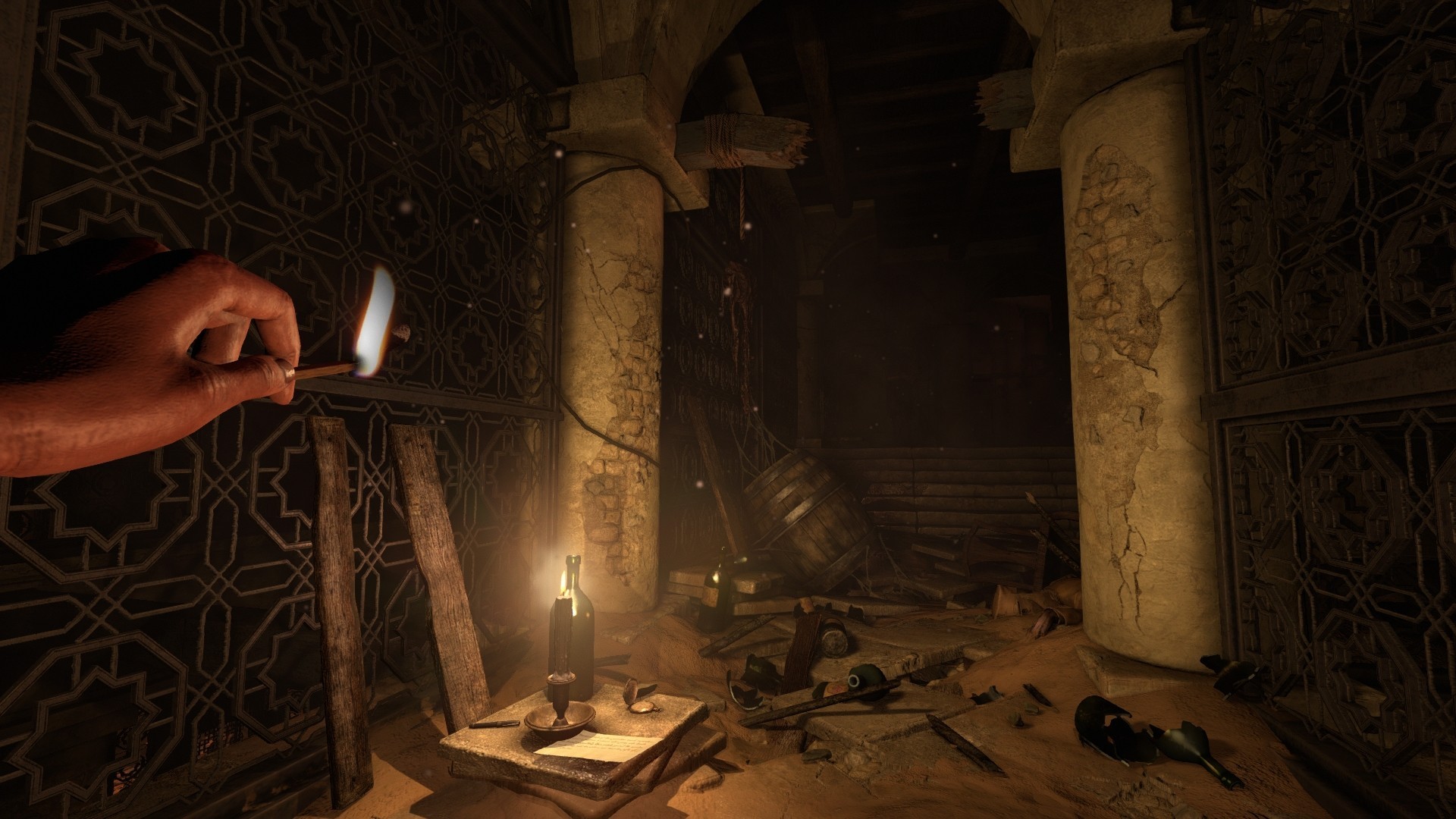 I’m positive anyone who is into horror game has heard of the Amnesia series before, although it wouldn’t surprise me if those who don’t enjoy that genre know this title as well. Well, what can I say? I am literally in a love and hate relationship with horror games, in general, as I am easily scared, but, at the same time, I can’t resist playing one. You see, I just love atmospheric games in any way, and, in all honesty, what is more atmospheric than a horror game? Anyway, I was immediately interested when the new title Amnesia: Rebirth got announced and jumped at finally being able to play it.

As a piece of side information, it’s not mandatory to play the previous games in the Amnesia series to be able to understand the happenings in Rebirth, as the story is entirely different. However, the games do take place in the same universe, so Rebirth might be more enjoyable for those who previously played its predecessor. Additionally, there are a few references available to the other games, although I have to admit that Rebirth is the first game in the Amnesia series I played, and thus, I’m, unfortunately, unable to compare them.

Amnesia: Rebirth opens with the protagonist Tasi Trianon being in an airplane with her significant other. Unfortunately, everything goes terribly wrong when the airplane suddenly crashes and Tasi ends up being unconscious. When she wakes up, she finds herself alone in the desert of Algeria. Unsure what happened, she decides to explore the area, although something seems very off when flashbacks start to haunt her. Anyway, she eventually enters a cave where she, hopefully, will find all the answers to her questions. However, everything starts to become even more confusing and something seems to be lurking around in the darkness. 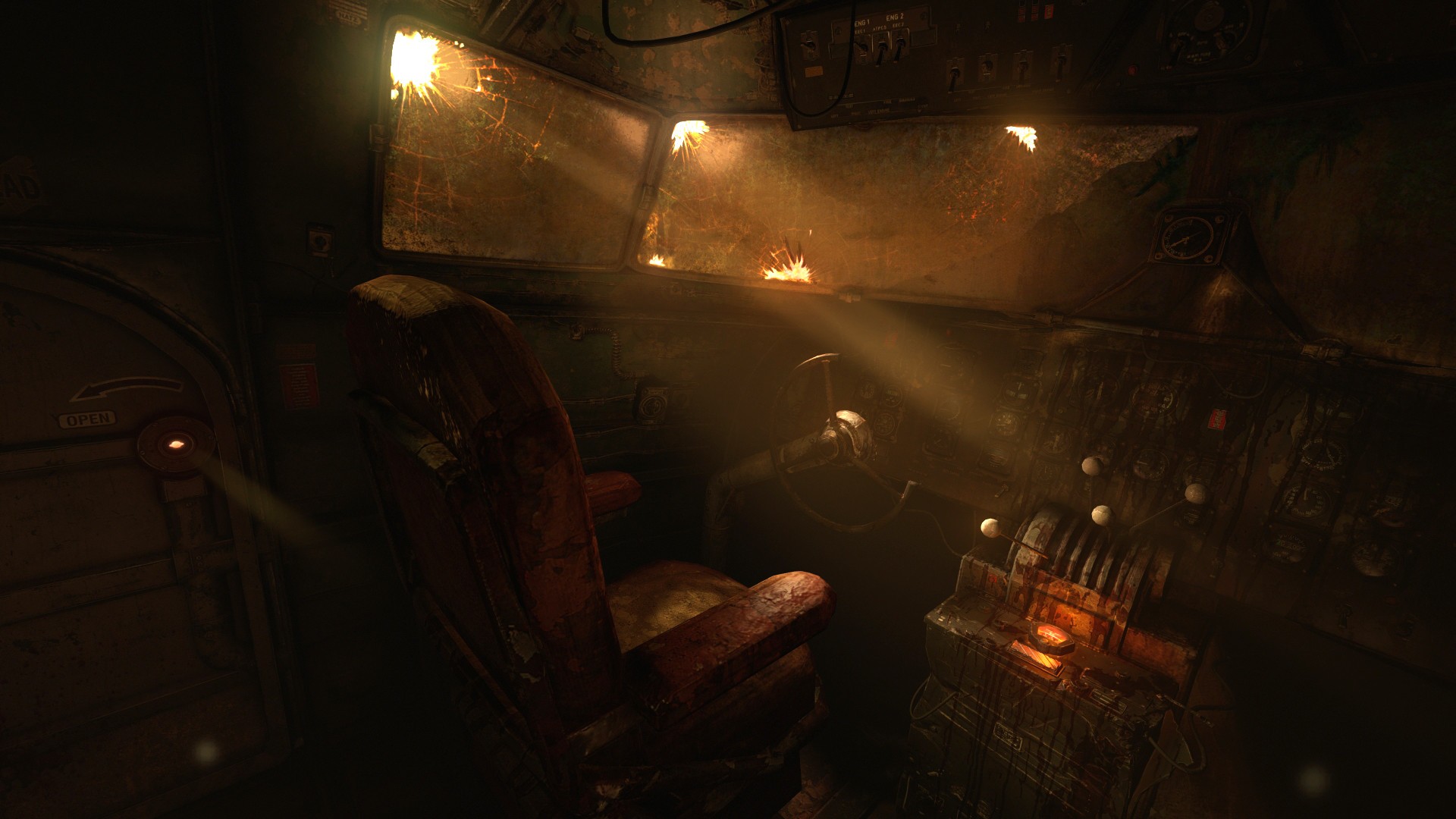 While exploring the areas, the player can pick up various documents that can be either a short story or formal information. Whilst it’s not necessary to pick all of them up, I would still recommend reading through them as it greatly enhances the immersion and helped me to understand the happenings better. Sure, everything is confusing at first, especially as I wasn’t familiar with Amnesia in general, however, the player is slowly uncovering the secrets. It seems like Tasi has quite the story as well and it does help that she is confused as well, so I could perfectly associate myself with her, because… I have no clue what was happening at all in the beginning.

Surprisingly, it’s necessary to stay in the light in Amnesia: Rebirth. Tasi does endure a bit of darkness, however, her fear will raise which is her health as well. Throughout the areas, matches are lying around that can be found, although she can only carry up to ten at the same time. I found that managing the resources ended up being more complicated than I anticipated, thus I was worried all the time to run out of them. You see, once I used one I immediately noticed that they run out very fast, especially when moving around a lot with one. However, it’s possible to light up light sources throughout the game so I just had to check the area carefully.

To my delight, Amnesia: Rebirth also mixes sci-fi elements into the gameplay. There is a strange compass that lights up in a blue colour which Tasi can use to create new paths. The paths are quite obvious, so I never had a problem with getting stuck, or not being able to find a special place for using the compass. I mean, the location itself lights up as well. Anyway, I found that Amnesia: Rebirth is quite linear as well and the main objective is to manage the resources, stay alive, and find out what happened. At times, the player gets teleported around which, unfortunately, made it even more confusing for me, but I guess the whole game is quite supernatural anyway. 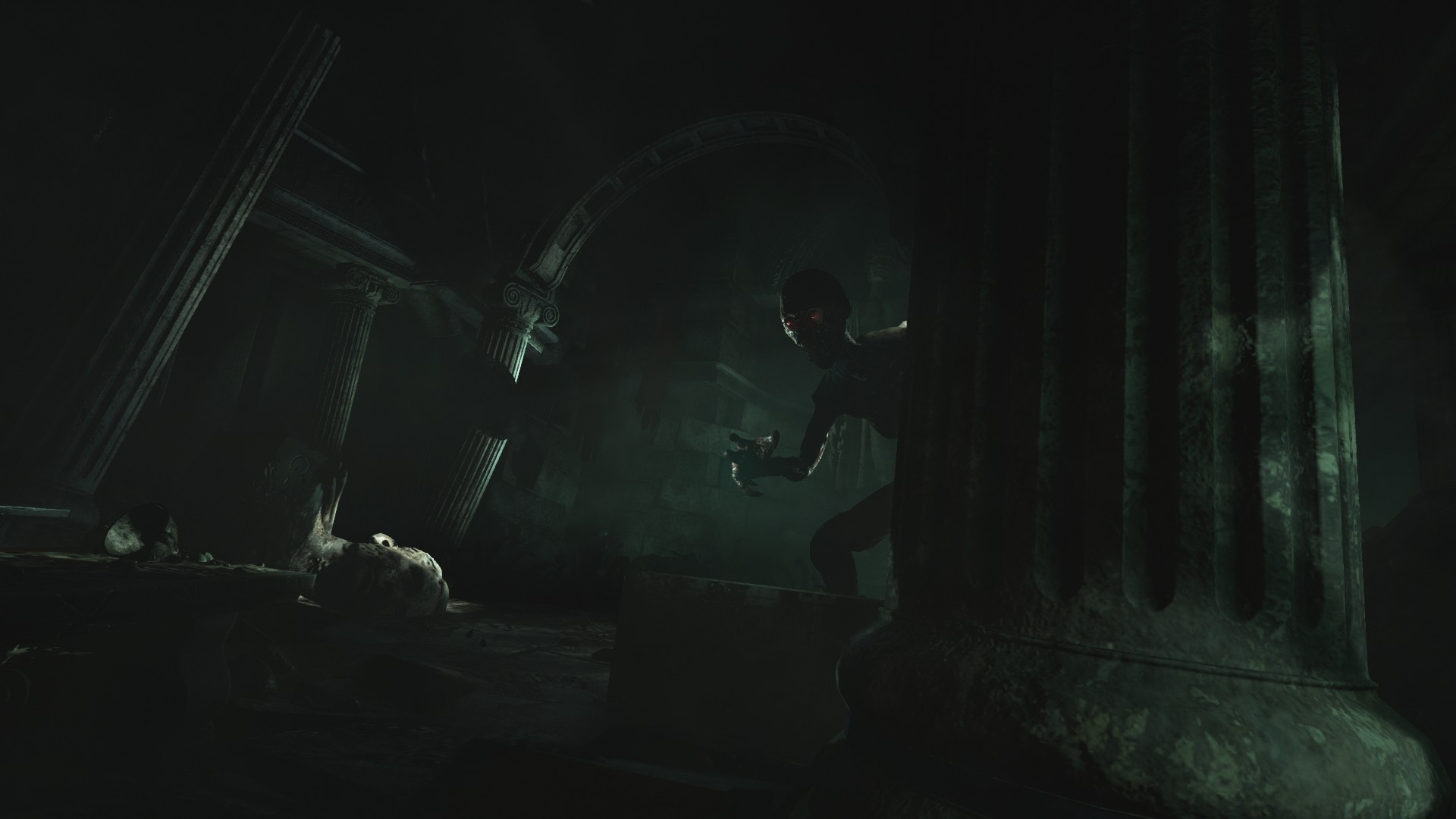 Something I didn’t like in Amnesia: Rebirth was the controls. I played the game with the keyboard and mouse and, unfortunately, had some problems when it comes to inspecting the object closely. As I had to press a certain button to zoom in, it interrupted my immersion. In addition to that, I couldn’t properly side some objects and it was tricky for me to open a few boxes as I had to move my mouse all the way up. This greatly annoyed me, given that Amnesia: Rebirth is all about creating a proper narrative, which it does really well, but small things like these have a huge impact on the immersion.

Graphics-wise, Amnesia Rebirth is beautiful. I loved the dark caves, as well as the bright locations and it was a joy for me to explore every inch of the game. Unfortunately, I found the human designs very off, and I cannot put my finger on what is wrong, but they just look unnatural. Fortunately, character designs aren’t popping up too often as Tasi is almost alone in the caves. Something I have to admit is that the flashbacks are really well-done and successfully completed their purpose: Creating a captivating atmosphere.

Admittedly, I heard that Amnesia: Rebirth is unlike the other games in the series, however, I don’t think this has to necessarily be a negative point, as long as the player doesn’t expect another Amnesia: The Dark Descent clone. Anyway, Amnesia: Rebirth does deliver a splendid narrative and atmosphere while investigating the mysteries, and whilst everything is confusing in the beginning, I was even more curious about the story. That being said, I can highly recommend Amnesia: Rebirth to any horror game lover and I absolutely managed to enjoy it, even with the minor shortcomings.

Explore scary places with terrifying creatures in Amnesia: Rebirth while trying to find out the truth without getting swallowed by the darkness.