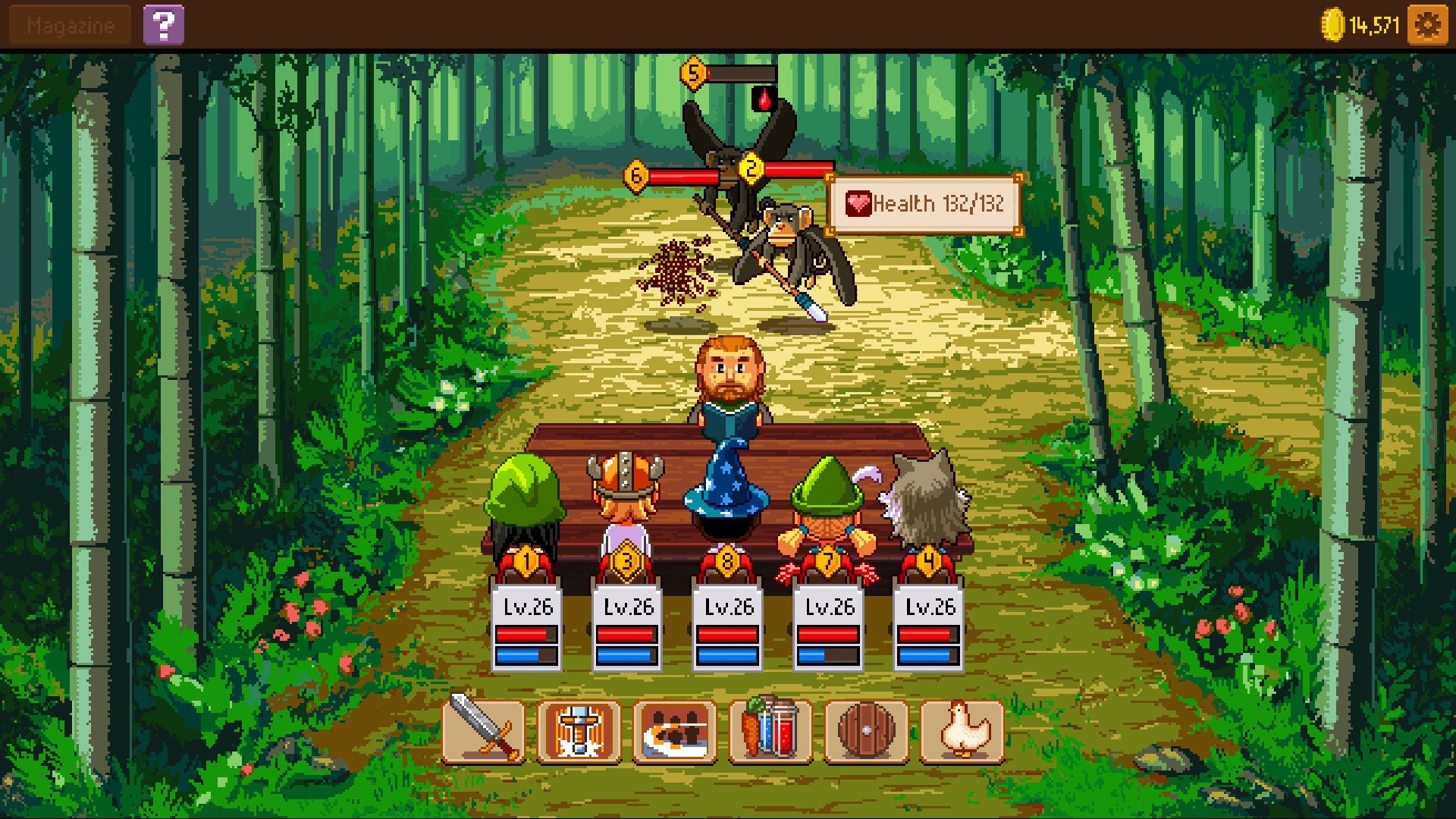 Tabletop gaming has tried so hard to infiltrate the digital marketplace. On the one hand, you’ve got a bunch of online and software based solutions for actual campaigns, like dice rollers, Dungeon Master chatrooms and some pretty legit online communities for folk to get together and still play once a week, despite living cities, states or hemispheres apart. On the other hand, you’ve also got things like the gamebook software titles and Western RPGs, trying to make the best of actual roleplaying take place in a game with, admittedly, limited avenues to fully source yourself out. So it’s always nice to see a developer make fun out of the experience a little, with Knights of Pen and Paper 2: Deluxiest Edition, now on the Nintendo Switch.

It should be noted that the original Knights of Pen and Paper (and the spinoff, Galaxy of Pen and Paper) were developed by Behold Studios, while this direct sequel to the original Knights game was helmed by KYY Studios, for reasons that I can vaguely guess at but never totally understand. The difference in tone is what shines through the most, but the gameplay itself is still mostly the game. You have a party playing through a campaign made by a DM, things are going great until they suddenly fall apart in a very meta sense, and then you have to work with a strange sort of fourth wall break while also trying to abide by the rules as the Dungeon Master has created. While the original had a lot more humor that was angled towards tabletop gaming in a broad sense with more effort put into observational and topical jokes throughout, Knights 2 is, for lack of a better word, nerdier. A lot of the gimmicks, jokes and even plot points revolve around the advancement from first to second edition and the errors and complaints this causes. For anyone who went from Advanced Dungeons and Dragons to 3rd edition, you can sympathize, and I can’t even imagine how bad more current updates must have been. Still, if that sort of thing just doesn’t tickle your fancy, you’ve been warned: it’s nerdier than before. 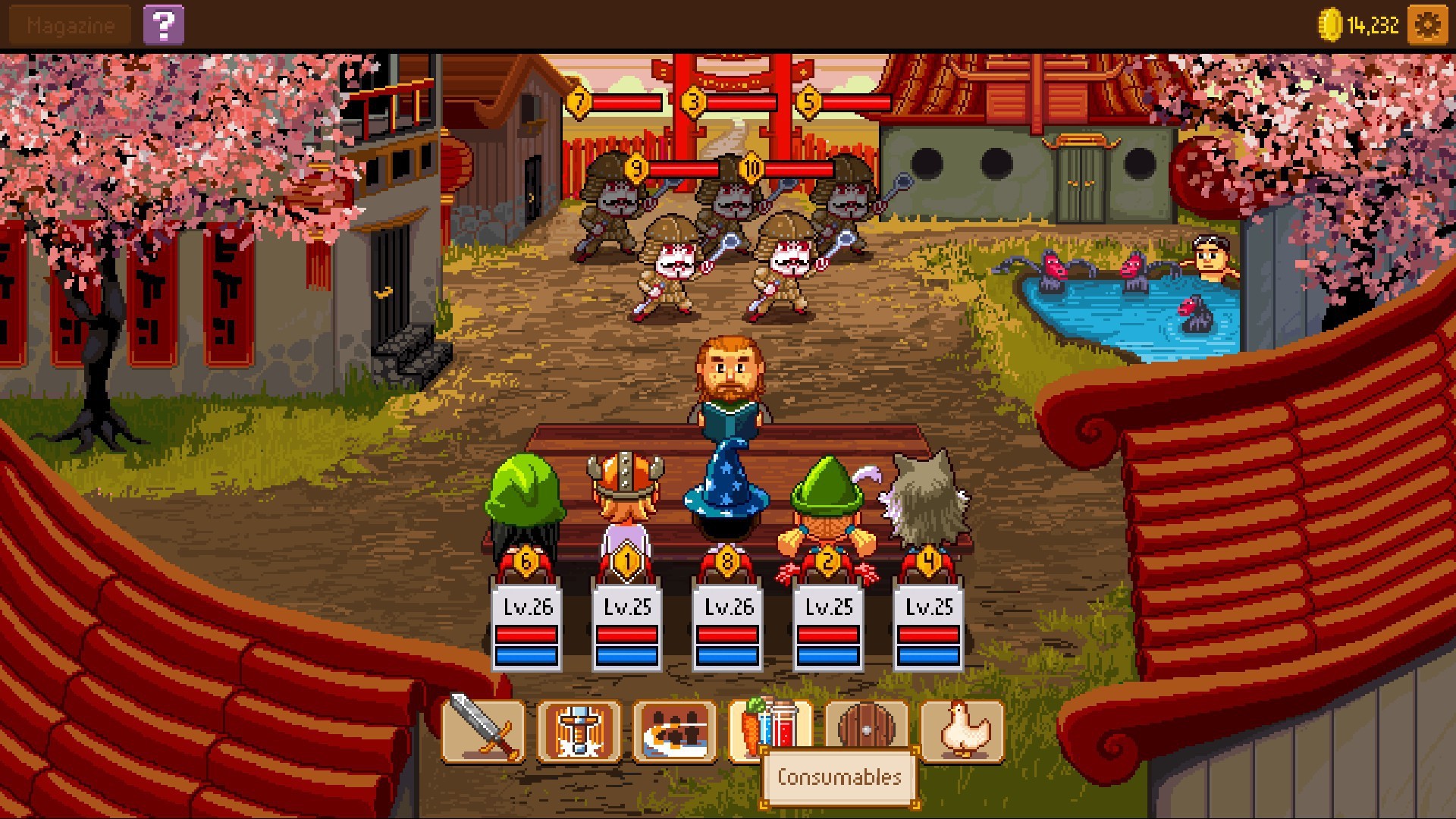 Starting out, you end up choosing two characters of your choice with a mixture of class, race and real life attributes. For example, the rich kid inherently gets more gold drops in battle, making him ideal for an elven thief but not terrible as something else. The jock automatically has a strength prowess, so assigning him as a Dwarven warrior or paladin seems to make a lot of sense. As you fight, you level up, and you are allowed to assign points to different active and passive skills to better shape the character you’d like to have in the end game. Do you want your healer to do better with mass healing or targeting? Should the hunter be more fixated on stealth attacks or inflicting ailments? The choices are yours, and they’ll give you plenty of opportunities to change your mind and re-shape things as you move along, but complete rerolling is a costly effort.

For me, personally, I absolutely love this style of game. There’s something really bothersome about random encounters in most JRPGs, but not only deciding when but how many is a great kicker for Knights of Pen and Paper 2. Each leg of the game unfolds with you doing both main and optional quests, with the third, quieter choice to simply keep railing on enemies over and over again to level up. The more monsters you fight at once, the better the EXP bonus and the better chance of getting loot dropped. You see the recommended level for each monster and watch as a difficulty slider moves towards “hard” as you add in extra mobs to fight. This is the ultimate in grind enjoyment: being able to drop hours into simply fighting but under your own conditions. If you’re a player who likes to level the hell out of themselves before attempting anything (like being able to use your first PSY attack against Frankie in Earthbound), then this is a great situation to be in, and it’s almost therapeutic in the amount of fighting that you can do with little to no repercussions.

Additionally, the customization level of Knights of Pen and Paper 2 really opens up with the meta element of adjusting your surroundings in the game room. The gold that you get from rewards and fighting can go into equipment and healing spells, sure, and it should. But you can also use the gold to shape the room, swapping out tables, adding in rugs and placing some arcade cabinets around the screen. It’s aesthetically pleasing and gives you some satisfaction, and it also adds passive bonuses to the game, like decreasing travel cost from moving between areas, or increasing melee damage bonuses. The entire effort is also a bit of an inside joke in the world of RPGs as well. Do you go with the decorations that you like best, or do you choose the ones that give you the best bonuses? World of Warcraft players, Shadowrun street samurai and even Neopet adopters all know this pain far too well, and it’s a shared enjoyment in the moment. 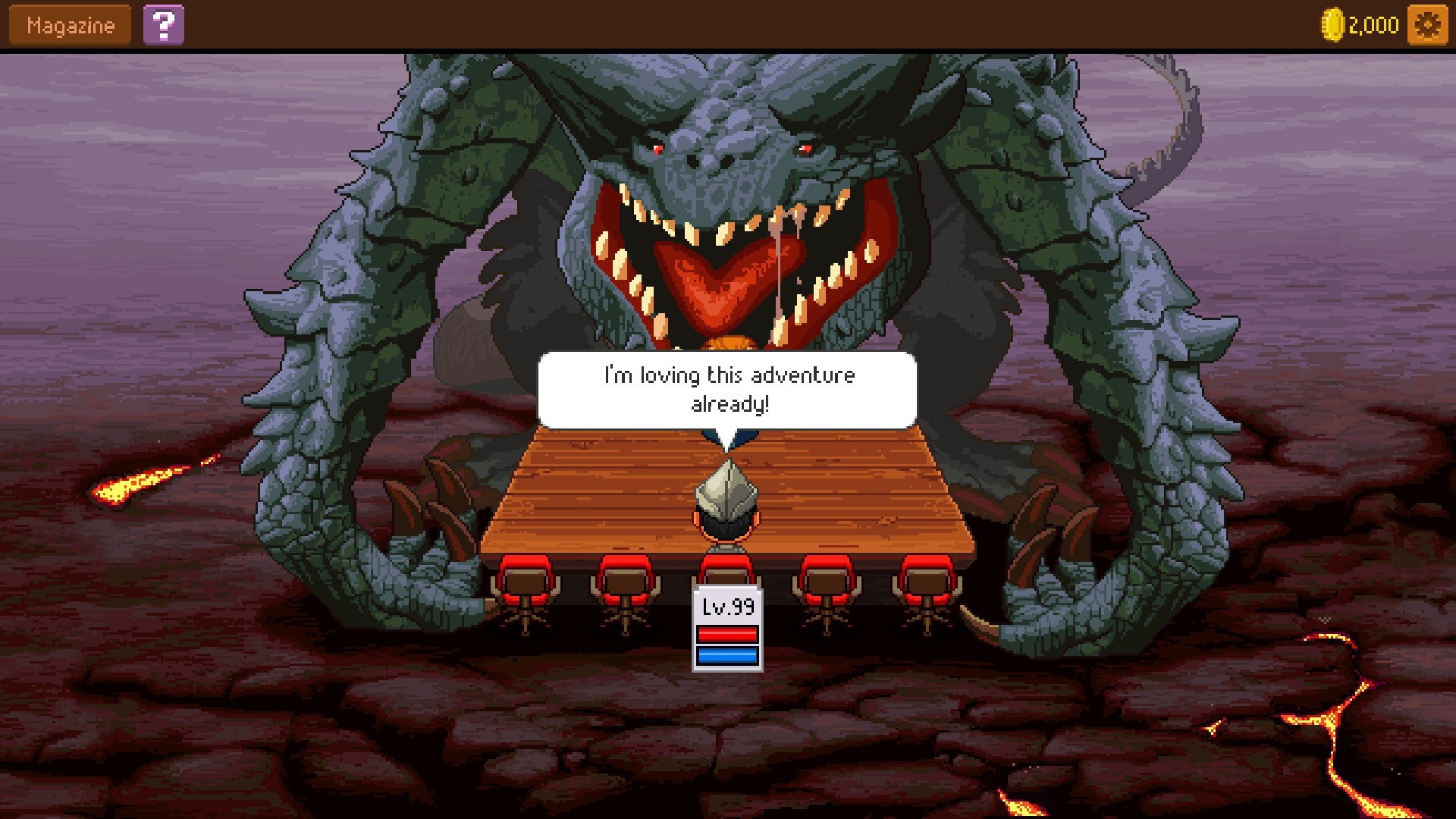 The added title of Deluxiest Edition is in reference to all the DLC of Knights of Pen and Paper 2 being added into the game from the get-go, and this really is a great, entirely necessary addition. When KoPaP2 dropped initially, there was a huge amount of pushback, not just because the game had changed development hands, but because it was crazy short compared to the original. It felt like a cash grab, trying to get players to buy a sequel to a cult classic and then also grabbing DLC before they knew what was going on. This version is more honest and clean, giving players all the expanded material that’s come out and probably all that will come out. There’s the additional Here Be Dragons campaign material, plus a bunch of items, balances and class tweaks that were added along the way for pithy prices here and there. No in app purchase exists here: everything can be unlocked through time and in-game gold. I really appreciate that, and it makes this version a definitive edition of sorts.

I personally had a fantastic time with Knights of Pen and Paper 2: Deluxiest Edition. It’s got a nice vibe of nerd humor with the occasional mainstream joke thrown in, an ever-expanding base of characters, tons of gear and plenty of incentive to go back and play again. With the main campaign, you can probably reach the “end” in ten hours or so, and then dump a few more in with side quests and the extra Here Be Dragons content. If you’re a big fan of fantasy type action and adventure, but also miss the sweet allure of rolling a natural 20, then this is a great experience. Fight mouse traps, get ambushed while sleeping in a field, die from bee stings, hear NPCs bemoan the unfairness of the new edition, it’s all good fun.

Knights of Pen and Paper 2 rolls for initiative on the Nintendo Switch and drops a 19. Damn.