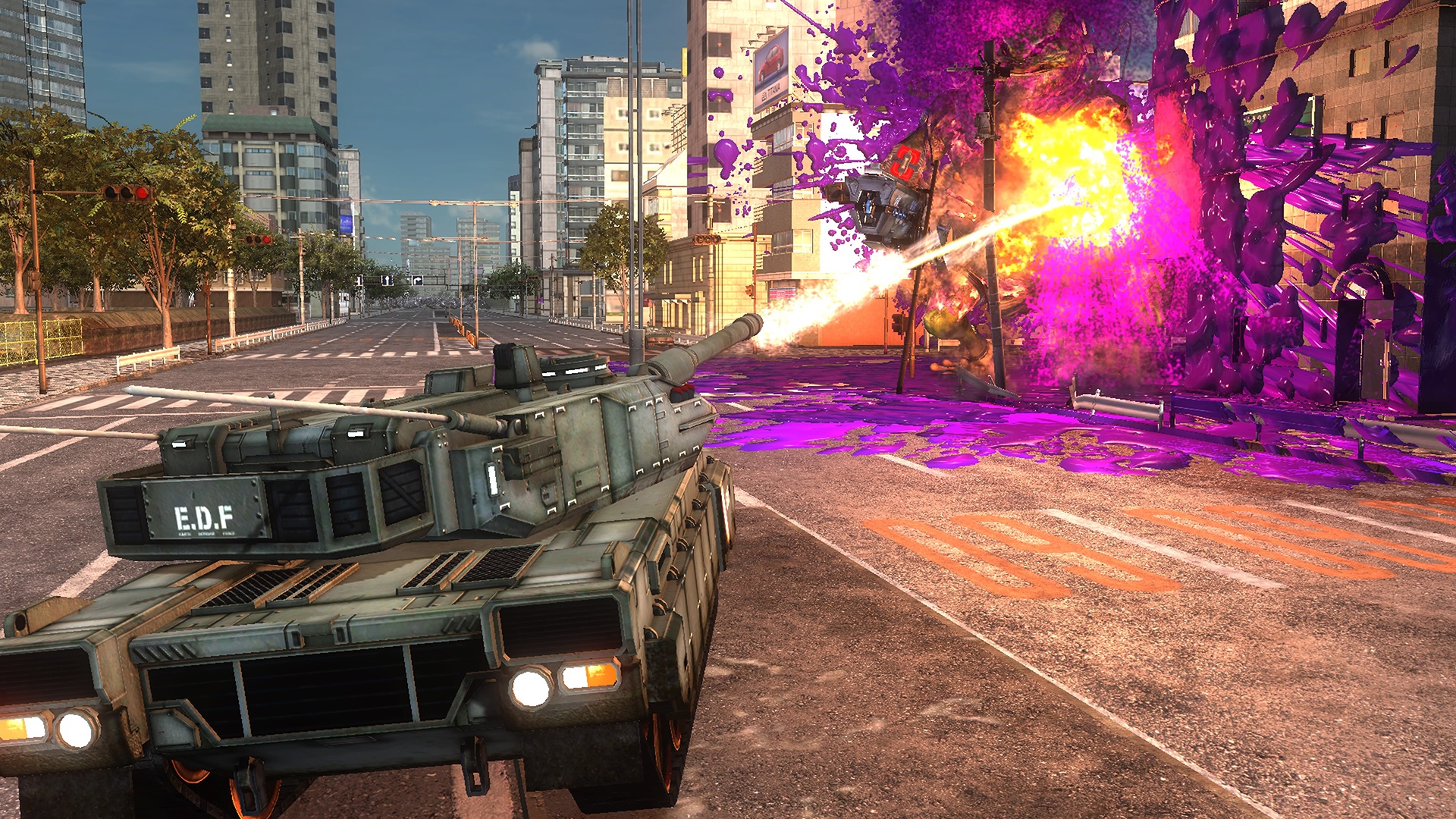 The ultimate B video game returns to PlayStation 4 and it’s just as fun, stupid, janky, addictive and hopelessly repetitive as ever. Don’t get me wrong, this is probably the best Earth Defense Force game ever made, but as is always the case with Sandlot’s bug-blasting behemoth, it’s very much preaching to the choir. There is nothing here that is going to win over doubters, nothing genuinely new or particularly ambitious, this is just a more polished, slightly more refined version of a game that fans of the series will have played many times before.

Of course, if you’re a fan of the series, that’s great – thanks to being the first game in the series built exclusively for the PS4, it’s the best looking EDF game to date, it runs smoother than previous iterations, has tons of weapons, more than a hundred missions and an array of oversized, bug-based enemies to mow down. If you’re not a fan though, or if Earth Defense Force 5 is your introduction to the series, well, you might see things in a slightly different way – yes, it runs smoother, but the dips in frame rate, something fans of the series have become more than accustomed to, will prove a bit of a shocker to those coming to the series in 2018. Equally, while it certainly looks markedly better than its immediate predecessors, the fact remains that Earth Defense Force 5 really does look like a middle of the road PS3 game. I appreciate looks have never been the series’ strong point, but it should be noted that, on a purely technical level, it’s still pretty damn ugly. It’s also repetitive as hell – there might be over 100 missions, but you’ll be seeing the same enemies and environments over and over again.

Saying that though, those who have already forgiven EDF’s long-standing faults, those hardcore, dyed-in-the-wool EDF fans, they’re likely to love this game. Sure, it might be repetitive, but that’s always been a part of its charm. This is all about that catharsis that comes from destroying wave upon wave of enemy insects via a collection of increasingly outrageous guns. It might not be particularly clever or smart, but I’ll be damned if it isn’t a huge amount of fun. The series has always done this brilliantly, and Earth Defense Force 5 does it better than even before. 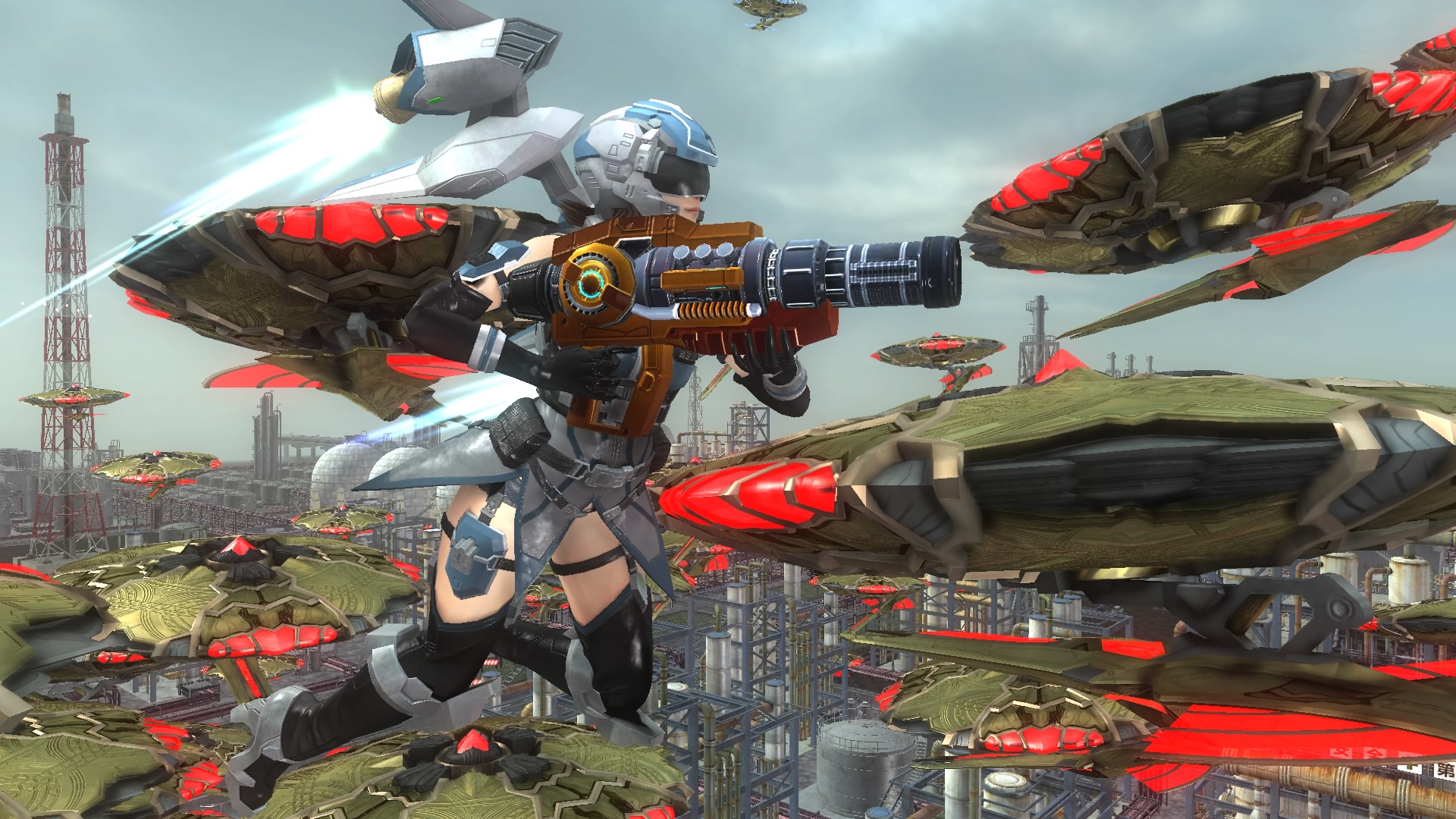 Like the equally divisive Musou games, Earth Defense Force 5 truly shines on higher difficulty settings, when that previously mindless blasting becomes a carefully structured challenge in crowd control. Can you find a good spot to defend against the latest wave? Can you get your hands on the high powered weapons and armour crates required to survive? That’s when EDF has always been at its best, when it elevates itself beyond its surface-level simplicity.

It’s shame then that, for reasons I’ll never understand, the Hardest and Inferno difficulty settings (usually available straight from the off), are now locked until you have completed the entirety of the main campaign on any of the three initially available settings. You could argue that it adds longevity, that it provides a carrot to chase, but for seasoned EDF pros, it’s unlikely to prove anything other than a completely unnecessary annoyance.

The good news is that, while the game remains surprisingly tactical on the higher difficulty settings, Earth Defense Force 5 provides players with more weapons and play styles than ever before. Whether it be mindlessly mashing through hordes of enemies on the lower difficulty settings or carefully planning your attacks on Inferno, Earth Defense Force 5 delivers plenty of options for players to take down the alien invasion in their own way. Beyond the four unique classes, Earth Defense Force 5 delivers an absolute mountain of different weapons to unlock, an addictive upgrade system for your weaponry and plenty of auxillary powers and skills to keep the otherwise unchanging core gameplay as entertaining and varied as possible. 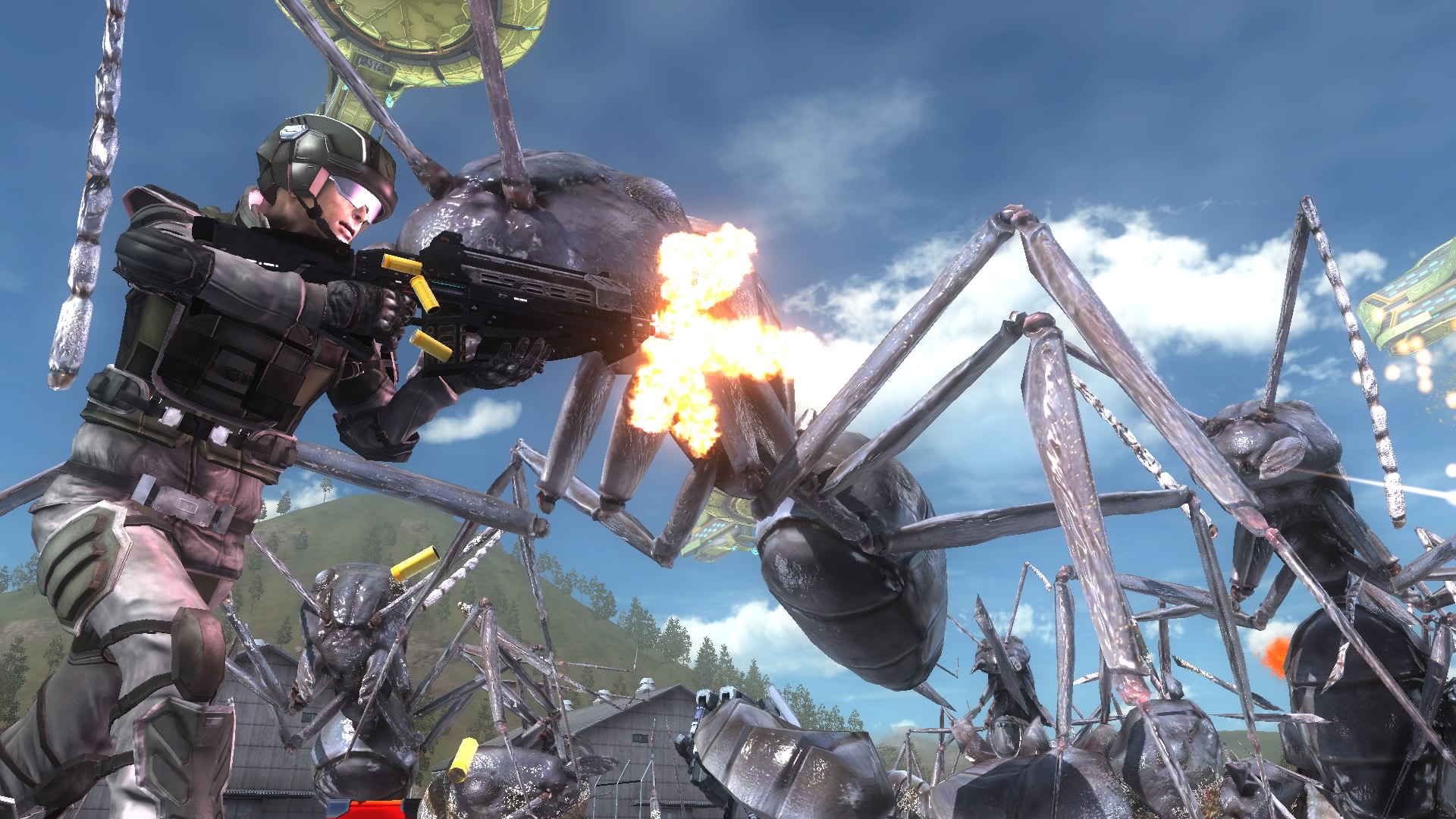 Whether you take the more tactical approach or are simply looking to mow-down a mountain worth of giant alien ants, Earth Defense Force 5 is never more fun than when played with friends. Online is great if you can get a decent connection, but it’s the local split screen multiplayer that ultimately steals the show. Yes, it’s technically suspect at times, but shooting up the swarm with a friend in tow is rarely anything less than hugely entertaining.

While some will find it impossible to see past the technical limitations, the decidedly last-gen visuals and the repetitive nature of the core gameplay, for many, Earth Defense Force 5 will prove the finest example of what is quickly becoming a disappointingly dying breed. This is pure, unadulterated arcade-style nonsense, and if it clicks for you, you’re likely going to love it. The cheesy B movie design, the unmistakable Japanese aesthetic, the simplistic but utterly rewarding gameplay – the EDF series has always been a bit of a strange beast and Earth Defense Force 5 is certainly no different. This is the same brilliantly bonkers, slightly rubbish but hugely enjoyable game you remember, only now, well, it’s a little less janky…..but just a little.

The EDF series has always been a bit of a strange beast and Earth Defense Force 5 is certainly no different. This is the same brilliantly bonkers, slightly rubbish but hugely enjoyable game you remember, only now, well, it’s a little less janky…..but just a little.