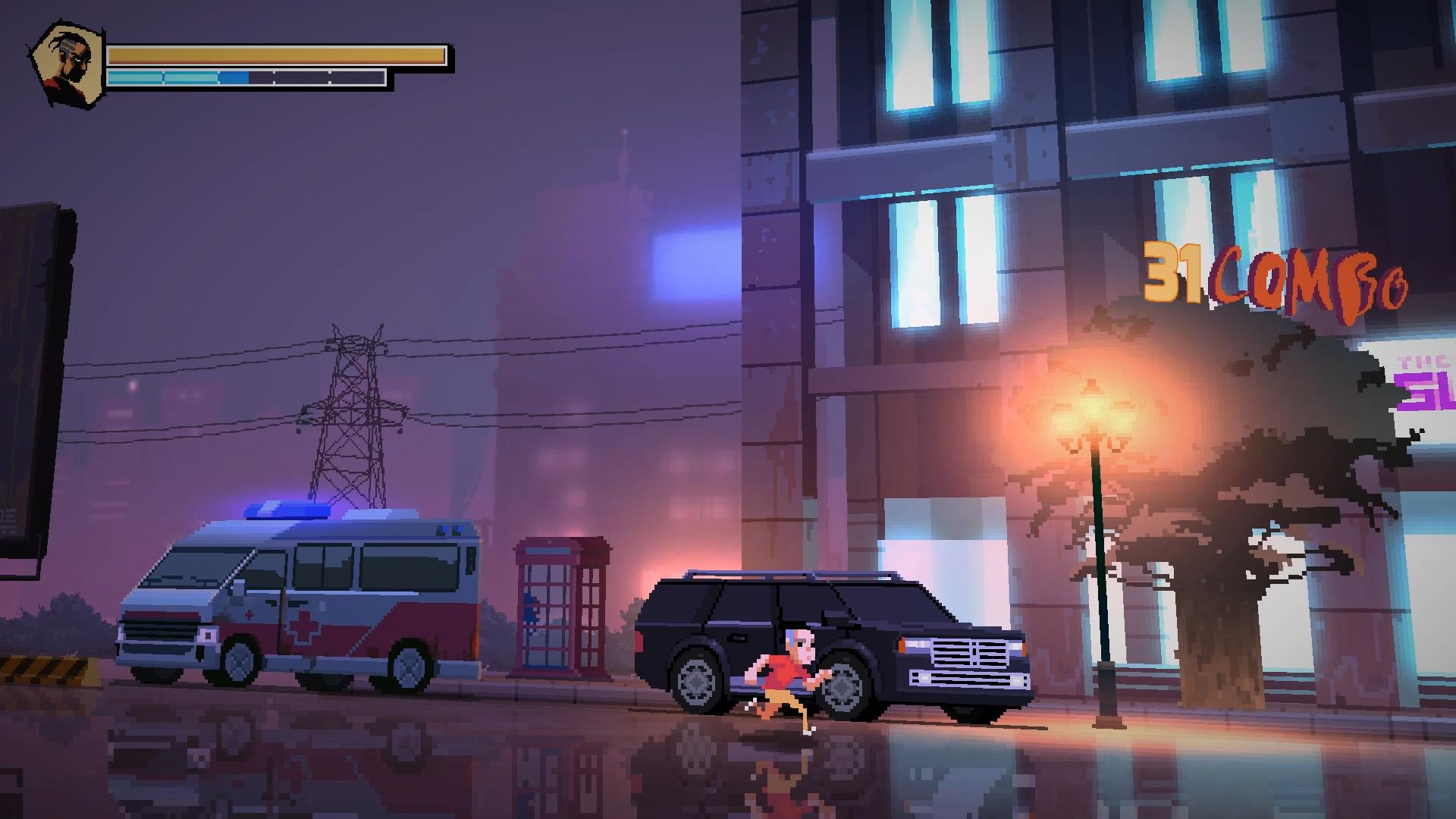 I Am The Hero starts out promisingly enough with pixel art reminiscent of the neon-soaked arcade games of the early 80s and an electronic soundtrack. Combat is combo based and you can punch, kick, charge, dodge, and use special skills–all of which feels solid and responsive for the most part. After the first two stages, however, you’ve seen pretty much all the game has to offer.

​On one hand, I Am The Hero looks and sounds great. Pixel art isn’t terribly taxing, graphically speaking, but the simplistic, blotchy forms on-screen are brightly coloured and nice to look at–particularly while in motion. On the other hand, there are grammatical errors and the occasional bug that holds it back from being a polished final product. The physics of combat allows you to resort to cheap tricks like juggling your opponent, making it a cakewalk to take advantage of even bosses. The flashy special attack, which is a little untoward to execute against particularly agile foes, is difficult to connect as the enemy can move right out of its path. Combos are very forgiving, not breaking even after the enemy has beat the the living daylights out of you. 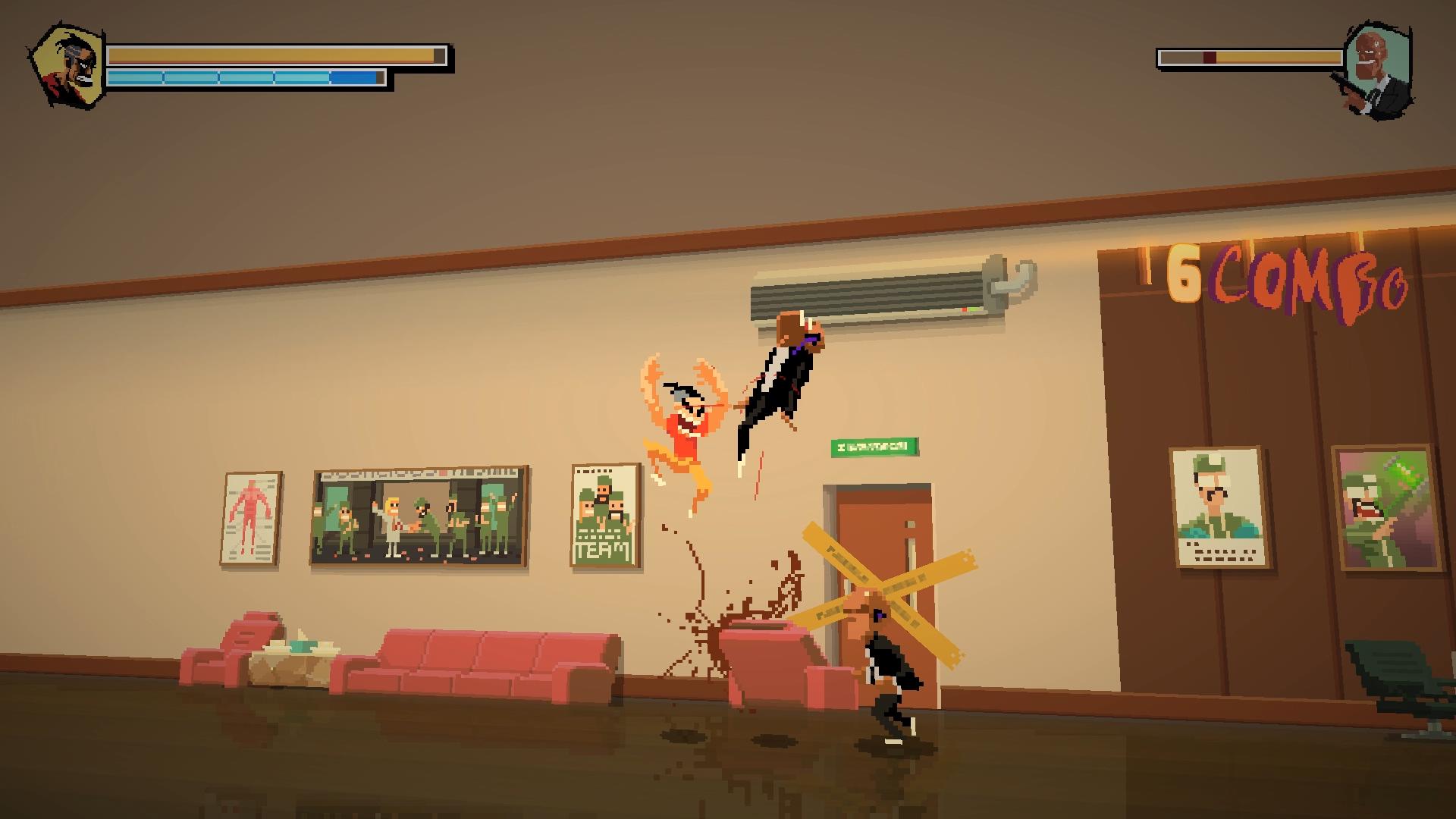 For whatever reason, the game has no power ups, which might have mixed things up enough to ensure that a playthrough wasn’t tedious. After beating one of six sections, you’re given the option to unlock either an additional playable character from the enemies you’ve encountered or a powerful special skill that consumes energy per use.

​You can complete the story (and I use that word loosely) mode of I Am The Hero in one sitting either solo or in local co op. The Hero has a different colour shirt, but switching to your secondary character can get confusing as they look exactly the same. Unfortunately, defeating the final boss together locks you out of earning the gold trophy for completing the game for some reason. It’s counterintuitive, considering that means you have to go back and defeat the boss yourself if you were attempting a platinum run. The good news is that you won’t break a sweat earning your platinum as it will only take 3~5 hours–my own co op attempt took only three and a half hours even after beating the final boss three times because I couldn’t figure out why the last trophy wouldn’t pop. 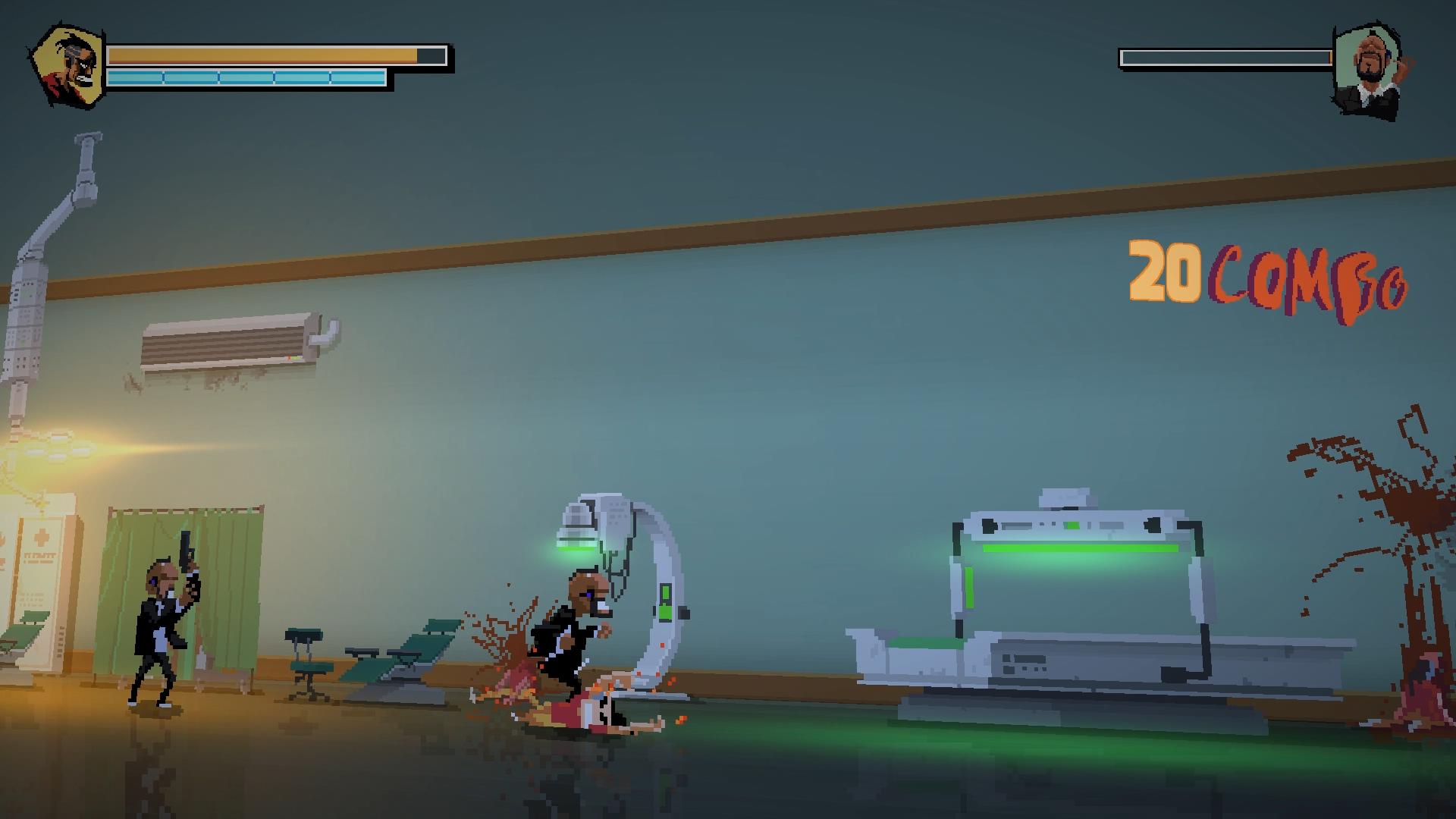 After defeating the game, you unlock the next difficulty and doing so a second time unlocks the hardest difficulty. If the challenge is enough of an incentive for you to play through multiple times, you may get closer to 12 hours of game time as well as unlock all of the characters and skills. For those like me, this dangling carrot likely won’t be enough to hold your attention. It also offers an arena, where you fight against waves of random enemies until you die. These enemies include bosses, which up the ante, but ultimately, it’s just mindless brawling without any of the story.

I Am The Hero has heart, but ultimately this bite sized adventure lacks the engagement that keeps one coming back to a 2D brawler. It’s worth a play through if you’re looking for a shiny new platinum to add to your trophy cabinet, but if you’re looking to spend your hard earned bucks on a game you can sink your teeth into, you may want to pass on this one.

I Am The Hero has heart, but ultimately this bite sized adventure lacks the engagement that keeps one coming back to a 2D brawler.