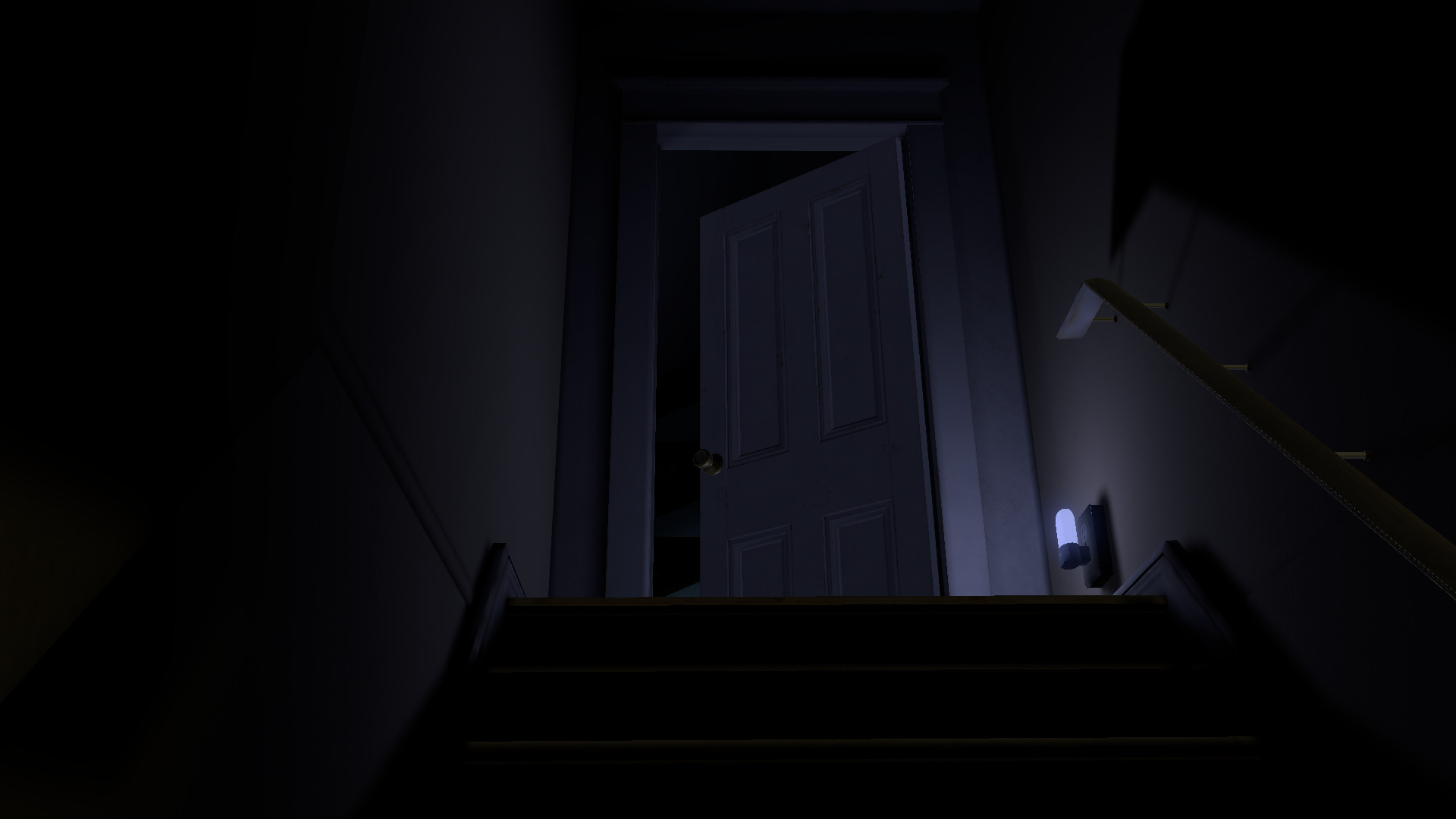 Warning – This review may contain some minor spoilers.

Welcome detectives to the world of The Exorcist Legion VR. We will be investigating Episode 3, titled Skin Deep. The Exorcist Legion VR is a game where the player finds themselves on the late shift as a Boston Homicide detective. Having received a report of a “possible” ritual killing at a church for the first episode, we have found ourselves on the hunt of a demon called legion. In Episode two, we then went to seek out the woman who was responsible for setting things in motion. The Exorcist Legion VR is an episodic horror experience, developed by Wolf and Wood Interactive. The game is split into five episodes, with each taking around 20 to 30 minutes. Now entering episode three of five, can the game still keep things feeling fresh? Or is it going to start showing signs of repeating the same tricks?

It should also be noted that there is an evidence room where items found within episodes may be stored. This may help when trying to remember what has happened, as also contains tapes from the first episode made by the priest. In episode three (Skin Deep) we follow-up on the CD that was left for us at the end of the last episode. We go to a house where we get a bit of story before the start, like the other episodes to help set the scene. When starting the level, the player is in a narrow hallway, photos are face down or hidden away. We get the first taste of what we will be in for if you wait in the hallway for a bit, you get to hear a voice over a baby monitor.

It is in this episode that we seem to get more information, not only this but we also get reminded of one of the flaws that was in episode one. Information that was in the priest’s book that was hard to read seems to contain information on the demon that we are facing. A possessed baby is what we deal with, and importantly this is in the book. Playing through the level we get to hear memories of a family, and see how this demon took hold and affected the family. Like the earlier episode, and like something out of layers of fear, the main area in which players face the majority of their experience can change. The look and feel of the room changing and creating uneasy within players from time to time. The game play is the same as in previous episodes. We start the game in a briefing room so that the player is able to refresh their memory on the controls when starting up the game. When leaving the room we enter the hub of the game. It is from here that we can select the episode that we wish to play. When beating an episode the section on the board where we select that level becomes filled. We see photos on the crime scene, any notes, and a report that allows the player to see what they need to do to 100% the level.

We enter the level and are able to start exploring; opening draws, doors and interacting with things within the level. Each level has what you could consider a trigger that will start the horror aspect of the game. It is during this moment that the player will start to use some of the tools that they collected from the first level, to try to fight off the demon within the episode. The game generally consists of walking around exploring and getting spooked, which it manages amazingly well, on par with games like outlast, or layers of fear in my opinion. Each episode finds a different way to scare the player, from items moving and flying around the area to being able to hear how a demon took hold of a family. This is what helps keeps the player on edge, the not knowing how that level will create a sense of fear. Within each episode as well, there is a puzzle hidden away where you can gain an upgrade to the items from the first episode. At the end of the episode we come back to something that is left by a mystery person that leaves a hint to what we will be possibly facing in the next episode. 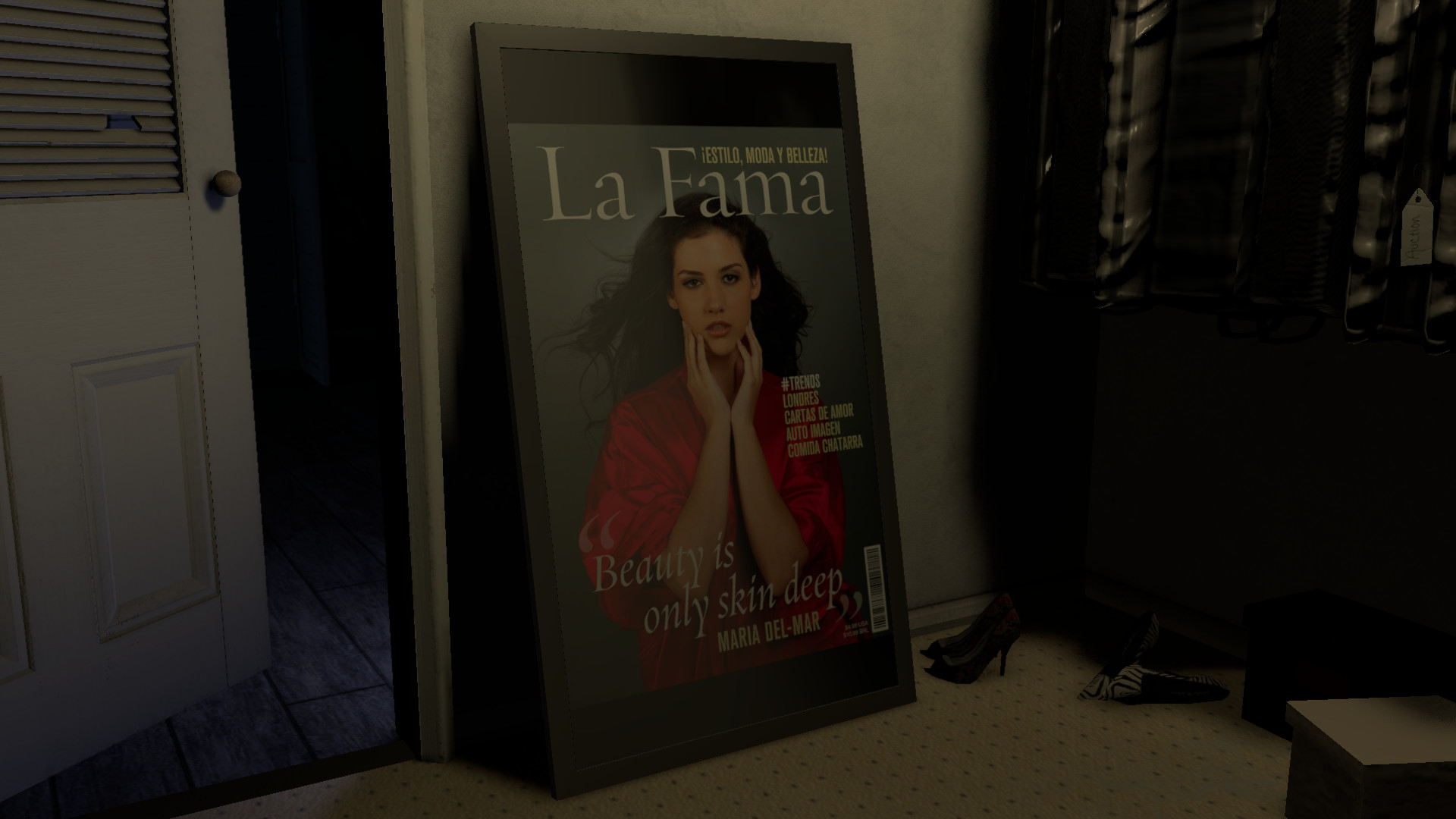 The game offers a couple of ways to play. The first is using a standard PS4 controller. Now while this can make turning easier, it also has a draw back. The issue that I had when using the PS4 controller was that I found that I was only able to move one of the hands. The move controllers however allows the movement of both hands in the game, and seem to help add to the experience. In terms of movement, the game offers a couple of ways. One way is to have the player teleport from spot to spot, helping to possibly reduce the chance of motion sickness. The second way is free roam, allowing the player to have a natural way of movement. You are also able to decide the speed in which you move, slow, medium or fast. This is the same for the rotation speed.

For me, I decided to go with the move controllers, and placed movement style to free roam, and turned the speed to medium. I found the movement and controllers easy enough, and didn’t find myself becoming sick or getting a headache, or anything from playing with these settings. With a nice little selection of settings, it means that hopefully players can get the best experience from the game, and have it tailored so they don’t feel uneasy or anything while playing. The game looks impressive. The rooms in the episode look great on the PS4 pro, with lighting in the room highlighting particular objects/areas. The main light tends to come from a round window at the back of the room, where the baby is sleeping. However that is minimal, and the room is still rather dark. Using the torch to help see in generally dark spaces, we can sometimes see small details, or objects that help create and add life to the room. Other rooms may have a bulb lighting the area, but even then the whole room still won’t be  lit.

Each level that I have played looks great, this is the first one where there seems to have been more to look at, the first was a church with a large open room. The second level had mainly taken place in a padded room, turned hallway that had the same padded look throughout. This is the first level then that I have played that the rooms have been small enough to fully admire. As the room changes it just continues to impress, as new details are added, and we continue to feel uneasy. I think as well, with this particular episode taking place in a home, and surrounding that of a family adds an extra layer of fear to the episode. 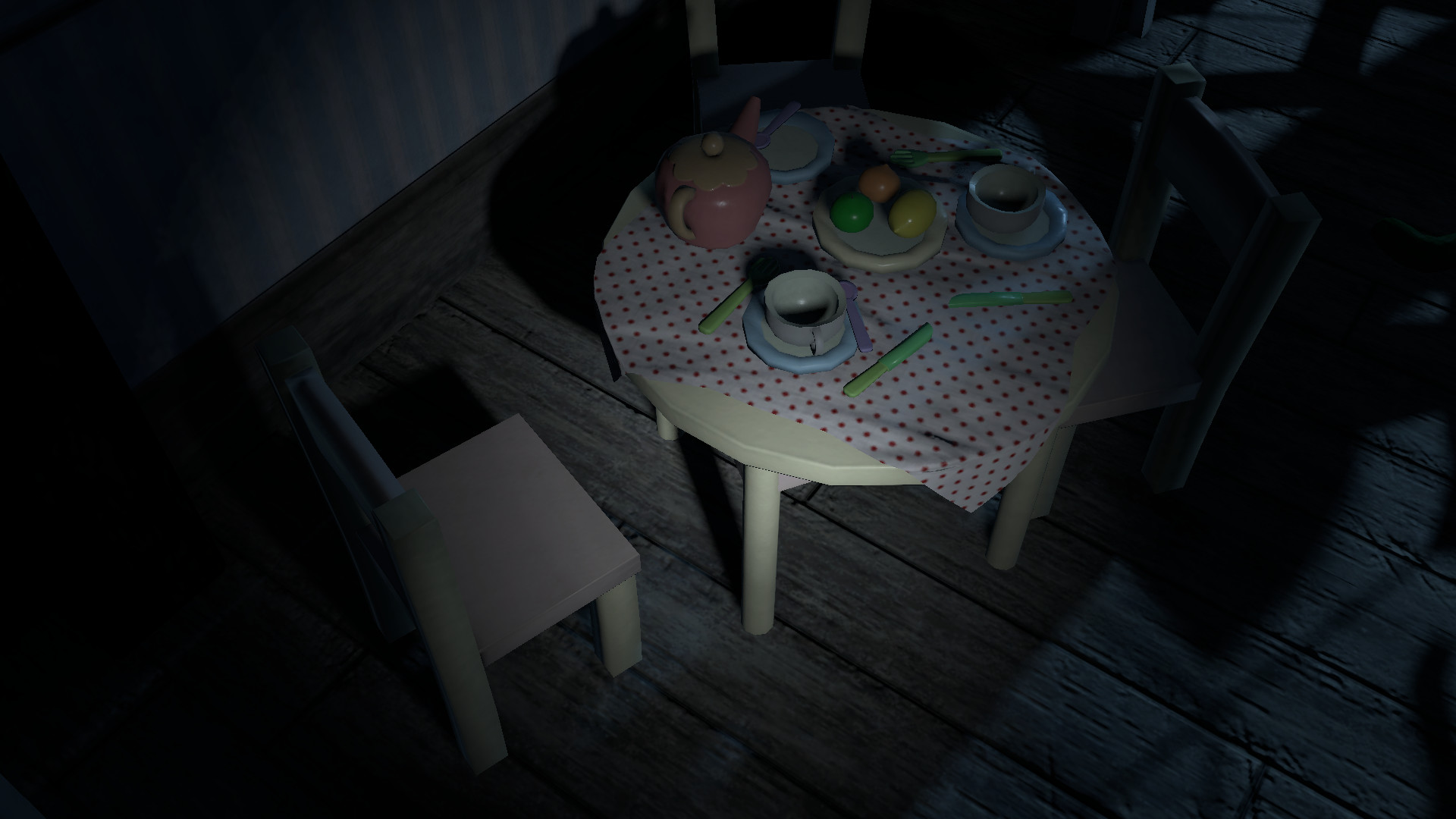 The game’s audio is one of the most impressive parts. Every aspect of it always seems to help set the scene, helping create the atmosphere within the short episode. When in the baby’s room we can hear the wind blowing, floor boards creaking here and there. Progressing through the episode the audio can change to let you know things are progressing. There are also moments in the game where there is no environmental sounds, adding to the creepiness of the experience. This third episode has been absolutely terrifying to play, in a good way of course. It provided a slight change in the way it delivered its scares, while maintaining the standards the previous episodes had set. I want to find out how the next episode pans out, and how it ends.

The game is near perfect. The way the levels look, with some of the details that you notice. The sounds that are used to create tension, and at times lack of sound seems to be done just right. Everything just seems to draw the player into the world, gripping you, making you nervous of everything within the space that you are in. The issues from earlier episodes are still here. The lack of a pause button can be an issue if you wanted to play the episodes back to back, or even if you just need to take a break during an episode for whatever reason. Also the issues with the choice of cursive writing that seems to also bleed into the pages, and makes it hard to read is now more noticeable. With information on the particular demon we are facing, and the ones we will face. I can’t help but feel like an option to have the writing appear in a text box would be nice.