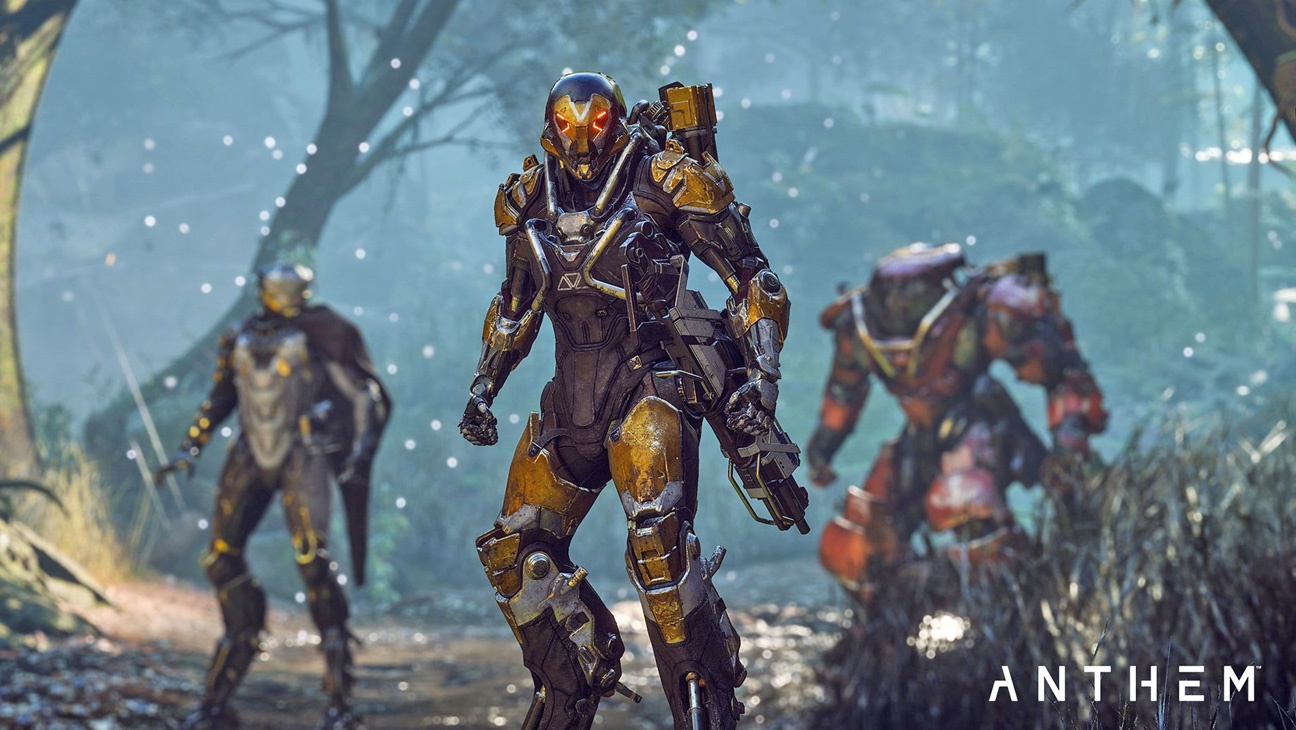 Anthem has plenty of problems – despite a day one patch, it’s still technically buggy, the frame rate is iffy (well, it certainly is on the vanilla Xbox One anyway), the missions are kinda repetitive, the loot system has plenty of problems, the narrative is a bit of a mess, and the weapon and Javelin skins are all a bit boring. That’s ok though. No, it really is. Yes, it’s kind of annoying for all of us early adopters, but I’d bet serious cash that all of these issues will be ironed out in the not too distant future.

Again, that’s unlikely to appease those struggling through some of EA and BioWare’s stranger design choices in the here and now, but come on, Anthem is games as service….you know the score by now – either put up with the rough start or just be patient and jump in a few months down the line (it’s the same story with console launches). Very few games of this ilk are genuinely fantastic right off the bat, but like Destiny before it, the most important thing is that the experience is built on strong fundamentals, and yeah, like Destiny, BioWare’s Anthem has fantastic fundamentals.

I always find it strange how certain games get a free pass and others don’t – my major gripe has always been with the apparent willingness to let Bethesda off the hook time and again. They kept delivering broken games (sorry, I never found their technical limitations, crappy combat and horrendously wooden NPCs very funny), and fans kept accepting it, kept making excuses for them, and we all know how that ended *cough* Fallout 76 *cough*. In fairness, games such as Destiny and its equally divisive sequel, had plenty of problems too, but in both cases, the issues were ironed out and the games ultimately worked because their core mechanics were always exceptional. The same can’t be said of Bethesda games – I appreciate that a lot of people love them, but despite the fantastic narrative, from a gameplay perspective, each update felt like the polishing of a grand old turd. 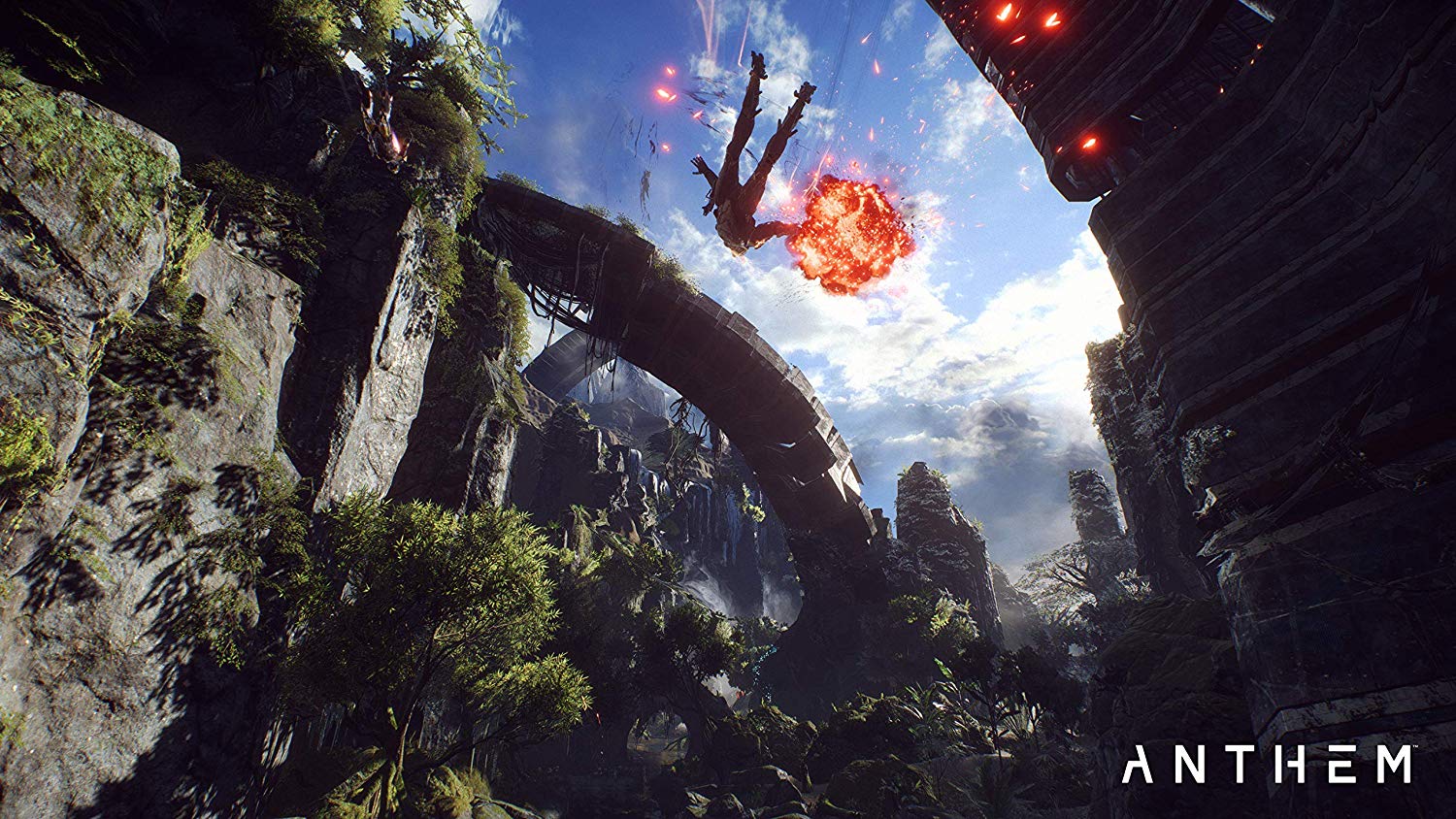 Now, I’m not suggesting that we should simply forgive Anthem’s faults or just assume that it will be an exceptional game in a year or so, all I’m saying is that, while Anthem certainly has plenty of problems, it does the most important thing right. Not everyone will agree with this of course, but as far as I’m concerned, gameplay will always be king. I like a good story as much as the next guy, but a good story without decent gameplay to back it up is unlikely to keep me entertained (I’d prefer to watch a movie if that’s the case), but if the gameplay is top tier, I’m willing to forgive quite a bit when it comes to potential issues with the narrative and structure. More importantly though, all of Anthem’s current shortcomings can definitely be fixed. I’m not saying that they will be, but they definitely can be – it’s almost impossible to ‘fix’ a game that plays poorly, but in this day and age, if the structure isn’t quite right, it can totally be fixed if the developer is committed to the cause and takes on player feedback in the right way, and with so much on the line for BioWare and EA, I’m guessing that they’ll do just that.

Back to the here and now though – Anthem does have plenty of problems, but still, I can’t help but think that this game is taking a bit of an unfair savaging. All of the narrative leading up to the release of Anthem has been built upon the games’ shortcoming and design issues. What about the gameplay? The world building? The genuinely gorgeous visuals? Heck, even the story is better than the majority would have you believe. It’s a bit convoluted, and yes, the core narrative struggles to align itself with the loot-based structure of the game, but make no mistake, this is no Destiny. The story is there if you’re willing to look for it, and despite BioWare’s latest sharing some of the self-importance and pomposity of Destiny’s central narrative, it still provides a solidly told story delivered by a ‘mostly’ likeable cast of characters.

The relative merits of the games’ narrative and storytelling capabilities are of course up for debate, but what can’t be debated (ok, shouldn’t be), is the quality of the core gameplay or the artistic and technical beauty of the world created. Really, flying around in Anthem is amazing. I don’t think any game has nailed flight in the way that Anthem has here. In fact, movement, whether on feet or in the air, feels consistently great. The weight of your Javelin as you sprint, that moment your engines burst in to life after you jump off a cliff – it all feels weighty – it all feels right. It also adds a great deal of depth to the combat, making this so much more than your average 3rd person shooter. More importantly though, it’s just plain fun. Regardless of which of the 4 surprisingly unique Javelin’s you choose to take on, simply playing Anthem is rarely anything less than hugely entertaining. For all of the criticisms one could aim at Anthem (of which there are many), a lack of fun isn’t one of them. The repetitive mission design does take its toll eventually, but in terms of moment to moment gameplay, few shooters can match Anthem for pure playability. 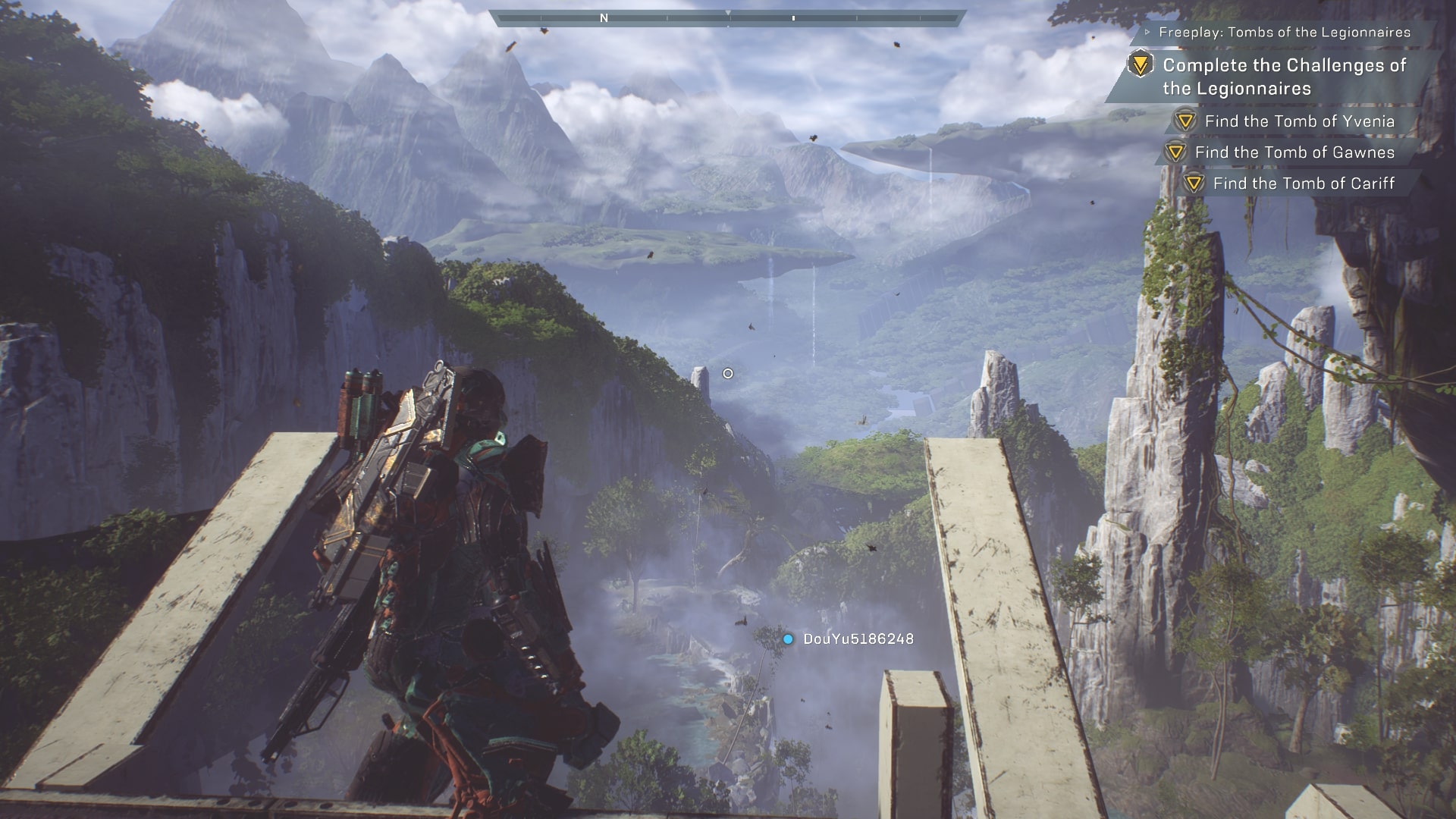 Then there is the world itself; the hub area, wisely experienced from a first person perspective, is nothing if not gorgeous (despite the somewhat brutal frame rate), but it’s outside of the wall, flying above the lush vegetation of Bastion that the game truly comes to life. Is it as visually ground-breaking as the initial E3 reveal suggested? No, not even close, but judged on its own merits, Anthem is a genuinely stunning video game. The world created is admittedly currently underutilised, but it’s one ready-made for future improvements to the games’ structure. Even without those improvements though, simply flying through this beautifully created world in your painfully cool looking Javelin, utilising the games’ fantastic core mechanics makes for a fundamental gameplay experience that I feel is being currently overlooked and somewhat underappreciated.

When the rest of this game catches up with those already established core mechanics, when the mission structure gets some much needed variety, when the loot system is refined and the technical issues are hopefully ironed out, I really think Anthem will be something genuinely special, but even as it is, BioWare’s latest delivers a flawed but still incredibly enjoyable videogame, one that I feel deserves better than the critical mauling it’s currently receiving.

Anthem - an underrated video game that will (eventually) be fantastic

I see brilliance in your future.