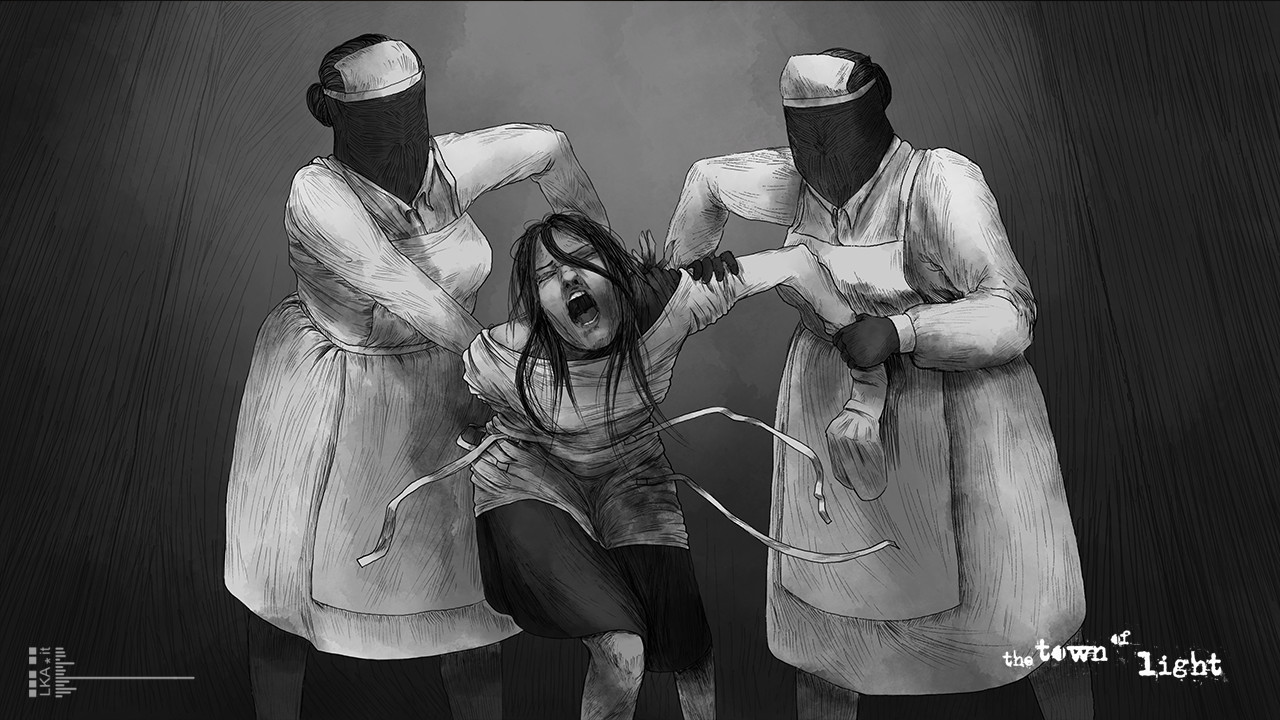 The Town of Light does what many games of the physiological horror, and even horror games, struggle to achieve today; that is to create a tense atmosphere without relying on over the top, ear shattering jump scares to do the job instead. I wouldn’t necessarily refer to The Tower of Light as a horror game, as there’s no gore, jump scares or horrifying beasts to make you soil yourself; I’d say it’s more of a psychological thriller, however, some of the themes and imagery suggested throughout are very disturbing. This and the constant unsettling atmosphere is why it slides into the horror category for me.

The Town of Light is a first person psychological adventure developed by LKA. The story puts you in the shoes of 16 year old Renée, who is revisiting an insane asylum she was once registered into. You relive Renée’s memories and experiences in this asylum as you proceed throughout the game.  The Town of Light is set in 1938 in an Italian asylum that actually existed and has been ‘meticulously reconstructed’ for players to explore. If you know that before you start the game, then it becomes a whole lot more interesting. To explore rooms and areas that have actually existed, and thinking of the situations that occurred inside these rooms is haunting. However, even if you find it out later you’ll find yourself going back to have an extensive explore of your environment. This alone makes your journey through this place extremely intriguing. 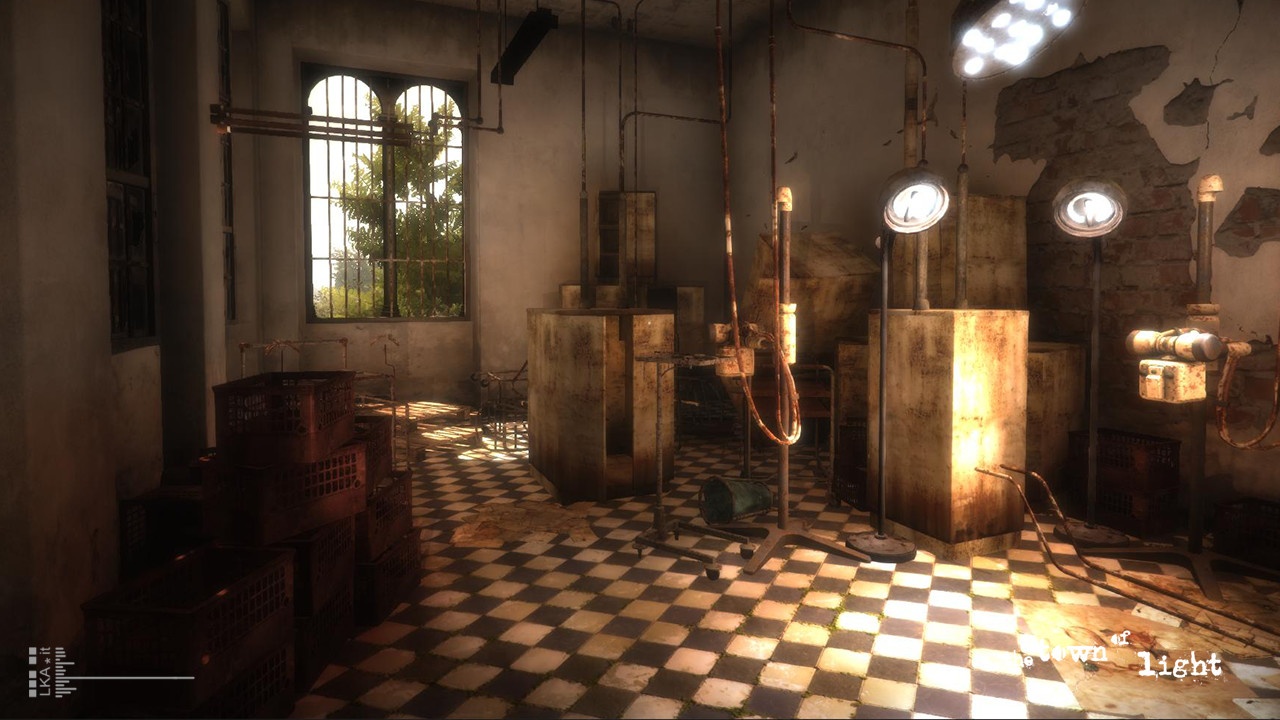 On top of the building being modelled after an actual asylum that would have been used for the same purposes as the game tells, the game is also based off of real facts and events. I think this gives a really good atmosphere to the game, as it feels like you’re reliving one of the less appealing parts of history. That actually describes the game perfectly, exploring a part of history. There is no over-ruling supernatural presence throughout the game, all that scares you is the horrifying past that you have to venture through.

The game’s story is told through first person, and is more of an experience than a game. With regards to gameplay there isn’t really much to ‘play’ with. You can control your movement, as well as interacting with objects. The game also allows you to make choices from time to time which, depending on your choices, will develop the story in different ways. There’s no combat or crafting system, the gameplay is simple. But with a game that deals with adult themes and is meant to make the player think, the simplicity fits here.

Town of Light is also one of those games where the narrative details are only uncovered if you, the player, wish to explore and find further story in notes. Another feature, as well as the chilling story, that adds to the tense atmosphere is the environment design. There’s nothing particularly frightening about it, however, walking around this place can’t help but feel unsettling. The graphics are very high quality as the game has a lot of detail, the original soundtrack also suits the game perfectly. 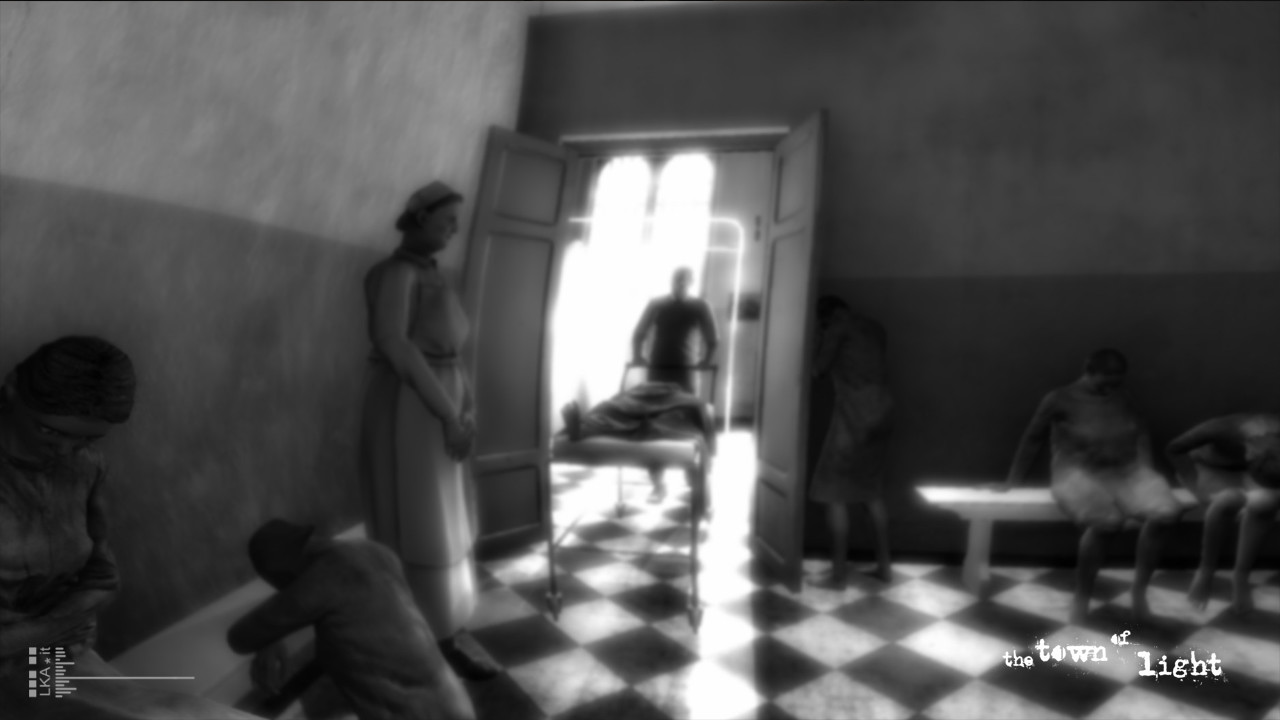 The Town of Light will not be for everyone, as some of the themes brought up may make player uncomfortable. But to those who enjoy a strong narrative and are not afraid to reflect on the adult contents, I’d say invest in this game. The base story, not including looking for and reading all the notes, is rather short. However, it’s enough to be able to be enticed and fully take in the experience.

For these reasons I’m going to give The Town of Light an 8 out of 10. It has a strong narrative which I enjoyed, and there is lots to explore in terms of notes. The graphics look really good, and overall it was an interesting experience. And for those that wish to take a different path they can play the story again, and see things that they wouldn’t have seen before. The Town of Light can be unsettling for some players, but it’s worth it so the capturing and interesting story.