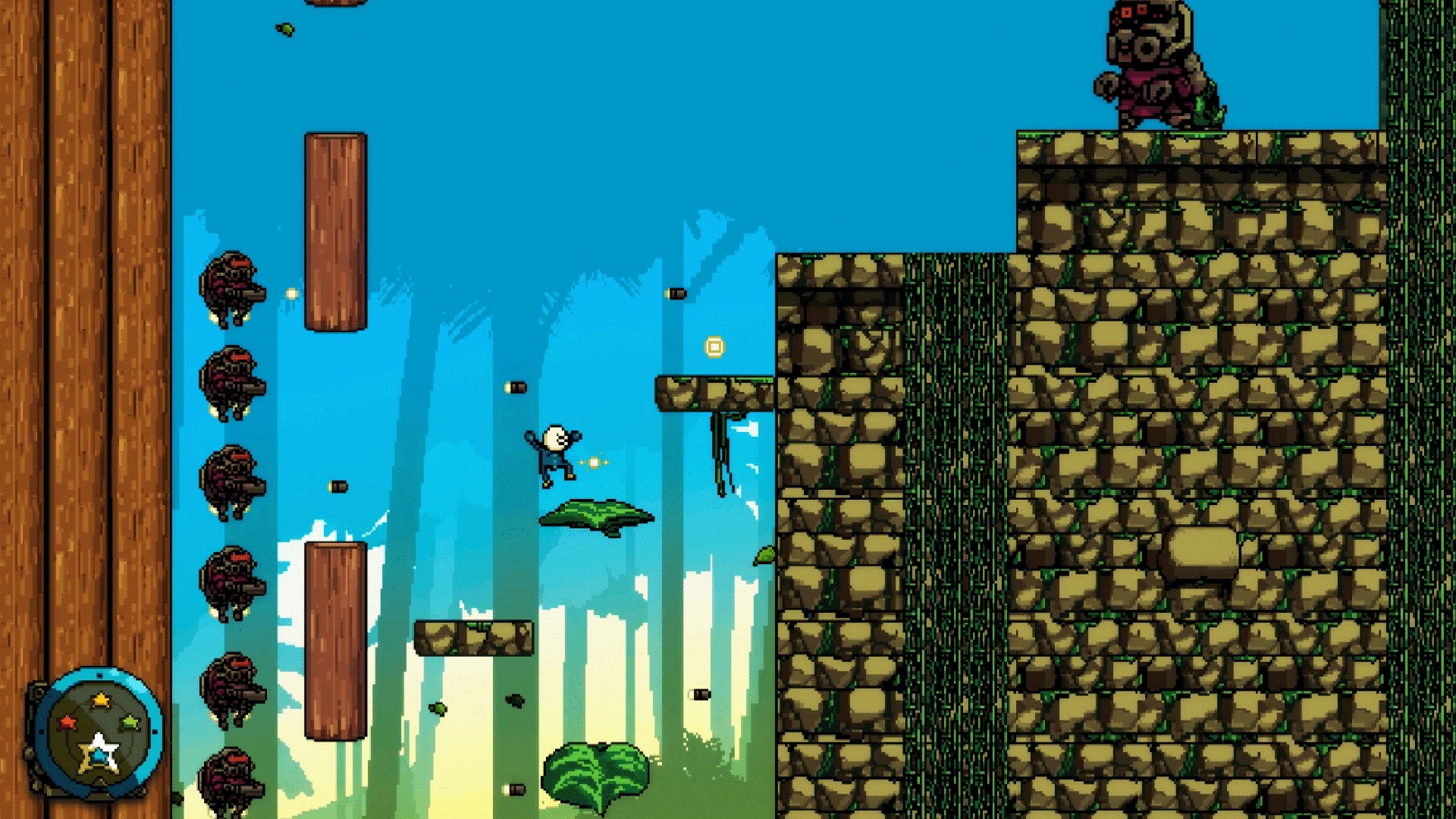 Ya’ll ever eaten a KFC Double Down? Don’t back away, you know you’ve heard of it and there’s probably at least a bit of you that’s curious. After all, it’s a sandwich without bread, that uses fried chicken to keep melted cheese and bacon together. It literally burns your hands as you eat it, how could you not want to see what the deal is? Then you have it, and you realize that, as much as you like the idea, you’re mostly tasting fried chicken, your hands are super greasy now, and you’ve damaged your soul like you just made a Horcrux. That was my experience with Unit 4, an oldschool inspired, hardcore pixel platformer from Gamera Interactive, published by way of Qubic Games.

So there are these aliens, right? Aliens always tend to not be a good thing in these types of games. I dunno if, at some point in the future, we’re going to deeply regret always making aliens the bad guys for many of these games. If we can go back in someone’s Twitter ten years and ruin their career today, what’s to stop aliens from looking at our massive catalog of games and movies and saying “What is this?” Anyways, aliens are stealing artifacts from all over the solar system, the galaxy might collapse, yadda yadda, you’re four space cops who’ll stop this. You work together, you travel together, you each have a specific skill that makes you invaluable to the team, and, dammit, you’re gonna work together to kill the aliens or save the artifacts or whatever. It’s an old school game, and they do a good job of keeping the plot bubbling and hot, but let’s be honest, if you’re out as a hardcore platformer, you probably care mostly about the gameplay. 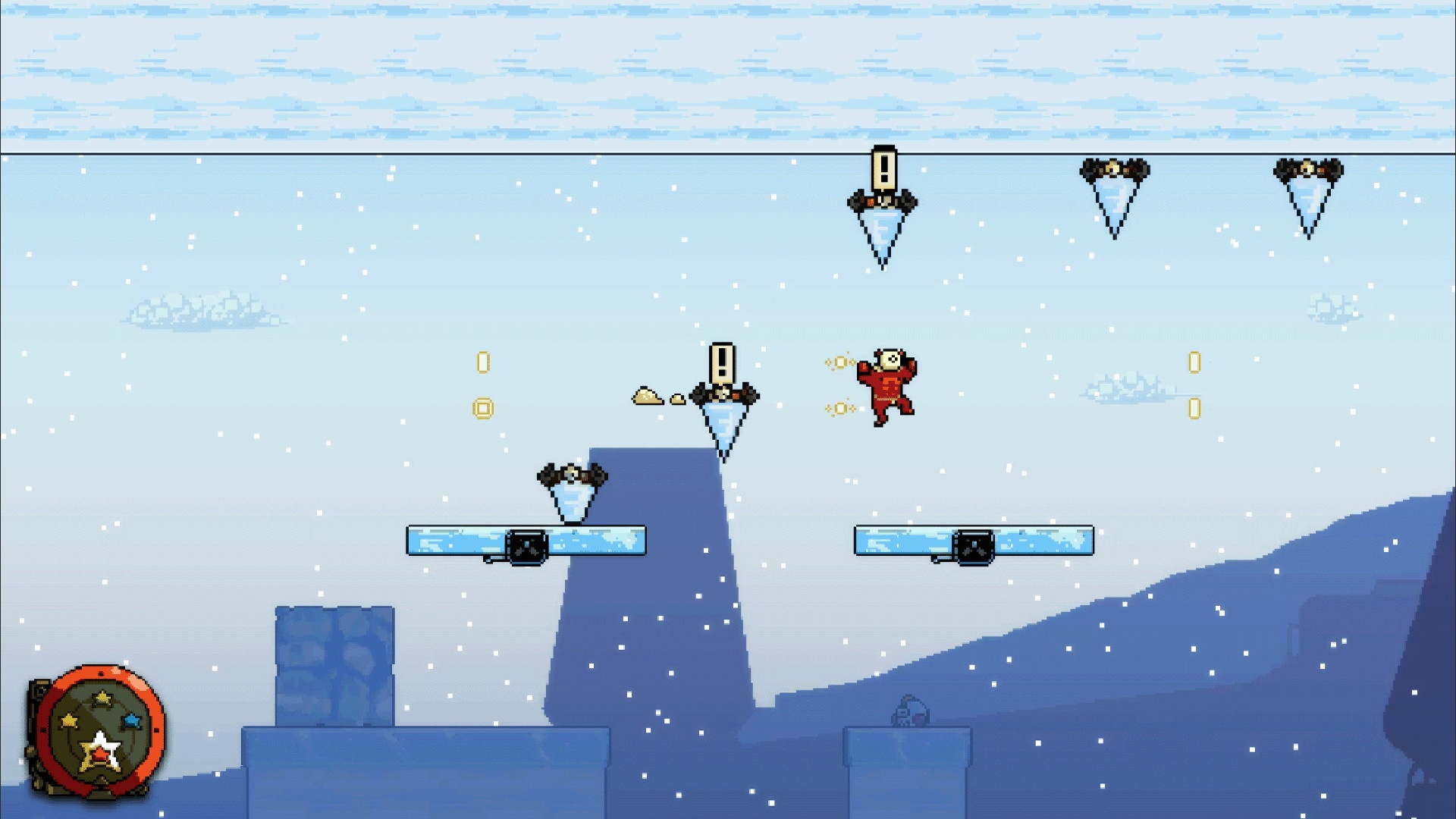 So the 4 of Unit 4 are the four different characters that you swap between. You’ve got a guy who can double jump and sort of do a wall jump (he’s the leader, I guess), a giant bull dude who can ram things, a creepy mystic that can go ethereal and phase through some bullets and walls, and a guy with a hookshot. Each of their talents is important in getting to the end result of the levels at hand, though it’s hard to say exactly which of the talents is the most important. To their credit, Gamera Interactive made a pretty good show of allowing a majority of the stages to have plenty of “jazz” moments where you can decide how you want to handle things. Do you want to headstomp a bunch of enemies like Mario, bowl through them like a bull, or just be a ghost and walk on by? For things that are mostly inconsequential, you can choose whichever way you want to handle things, which meant that I automatically defaulted to the leader guy, because double jumping is my jam. Seriously, once I unlocked that in Kingdom Hearts III, the whole world became more bearable. Double jumps aren’t really possible in a physical sense, but they’re easily the greatest video game mechanic of all time.

When Unit 4 is coasting along smoothly, you’re filled with equal parts confusion and enjoyment. The tutorial made it seem like you would be constantly needing to swap between unit members, sometimes in the blink of an eye, in order to survive, but that wasn’t my experience with Unit 4. Most of the time I would just double jump around the place, occasionally need to push a block or phase through a wall, and I’d switch, do my thing, and then go back to double jumping. Let’s be clear that, in these times where I wasn’t frantically swapping between characters, I still needed to keep my head on my shoulders. The enemies immediately become crazily vicious and territorial, and there was too much space between respawn points if I got killed, fell off the screen, or otherwise lost my life. Not a lot of penalty from death, just losing the coins you had collected, but I still wanted to try my best. 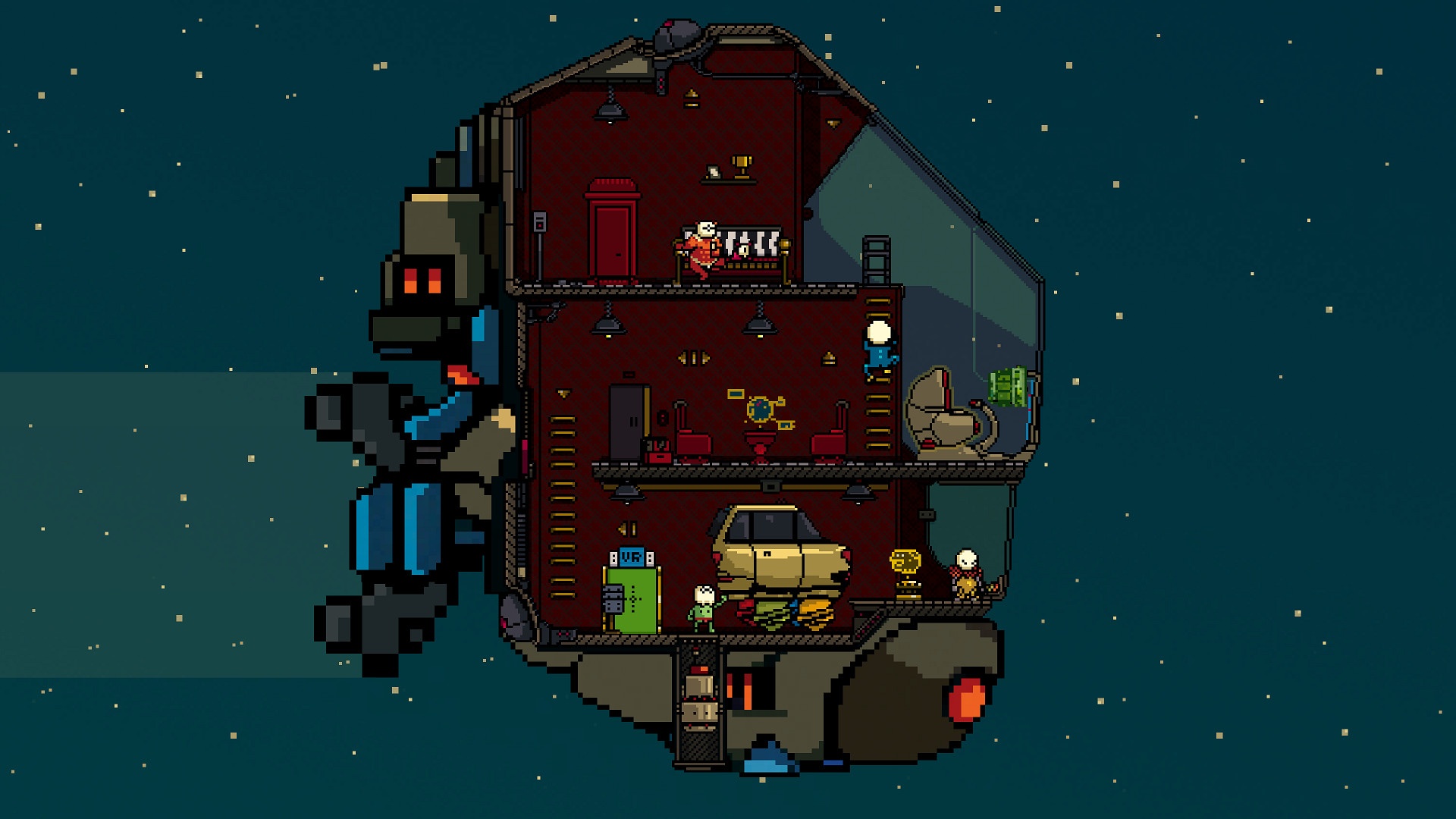 What kind of gets you in trouble and really tilts too far in the “frustrating” department, however, is when you DID need to do all the toggling and rifling around. Since you have to change with the L/R buttons, there’s never a setup that’s crazily unfair: there wasn’t a time I needed to bounce from double jump to hookshot because there’s two clicks on either side and I doubt these windows would be open nearly long enough. HOWEVER, when you did need to get it just right, it took a while. Like, it took probably an average of six deaths per sequence for me to get my head around it properly, and, as a result, there wasn’t as much satisfaction from pulling it off. It was more like using an equation correctly in math class when you’re repeating geometry for the third time: yea, I did it, but I really should have done it a while ago. Plus these moments really were a bit farther apart than I imagined they would have been, causing me to really be on the outs for when I should have been on point.

While the controls are tight and the visuals are decent, things just sort of start to fall apart for Unit 4 the deeper we go into it. There’s this option for multiplayer, but that’s a tenuous, dangerous line to walk with anyone you consider a friend or dear family. Going into the main game with a second person around is asking for someone to experience the brunt of your frustration when things don’t go the way they’re supposed to. You ask them to knock down something or grab onto something or go disable something and then they fail, you now feel obligated to walk off a cliff yourself so you can both respawn. Then you don’t because you want to get the damn job done and they’re all huffy because you’re not letting them play. So, instead, you take a break from the main game to try the mini games and they’re boring and really, really pointless. Racing underwater, who can collect the most coins…maybe in a different setting. But I was promised a hardcore, oldschool platforming game, and the mini games feel so out of place in comparison to what you’re doing in the main campaign.

Look, there’s some good stuff here too. The level designs in Unit 4 are seriously cohesive and fluid, and the game does lend itself to making you more interested the longer you play.Yet you need to stay in that groove, that bubble, and not disengage for as long as you can. Once you put down the controller and toggle over to something else, that’s it: you’re not really inclined to come back and keep trying. For people who really enjoy games that are brutal but not impossible (The End is Nigh comes to mind), this might be a nice offshoot to keep you entertained. However, people looking for actual co-op gameplay should honestly look elsewhere.

For people who really enjoy games that are brutal but not impossible (The End is Nigh comes to mind), this might be a nice offshoot to keep you entertained.