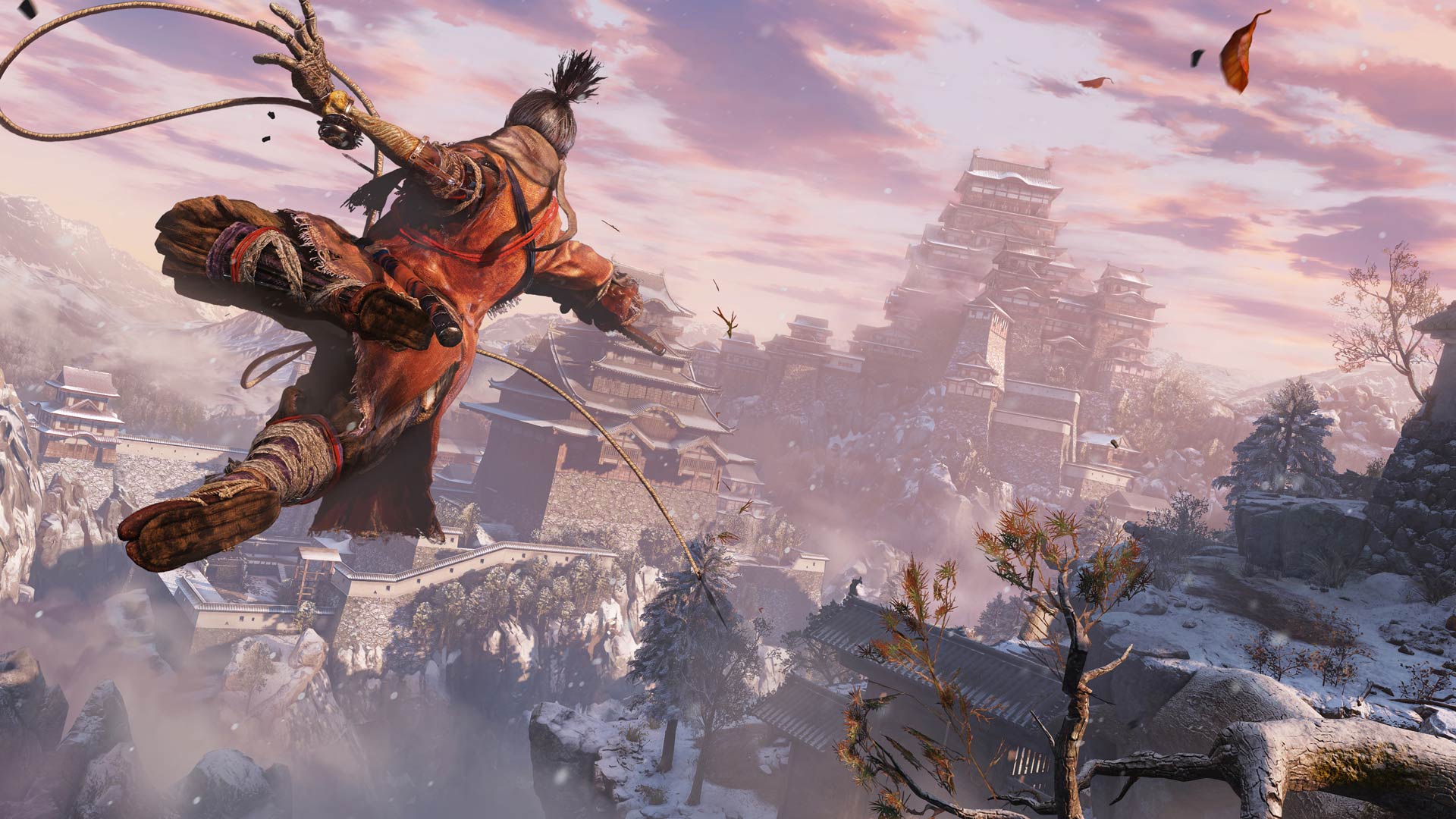 When Sekiro was first initially announced I wasn’t overly excited. Sure, I love FromSoftware’s games, and I played all of them many a time – especially Bloodborne and Dark Souls 2. However, the initial announcement and many press releases which came after, made it sound like Dark Souls, but in fantasy-centric feudal Japan. And after spending quite some time with the title in question, I am happy to admit that I was massively wrong, and that Sekiro, while borrowing heavily from its indirect predecessors, is not just another Soulsborne.

At its core, Sekiro is based around the same premise of repeat death and immensely punishing combat. As just like Bloodborne and the Dark Souls series, Sekiro is centred around hard-hitting combat which can send you back to the carved idol – which serves the role of the now infamous bonfire, just as fast as it has spawned you in. However, how the in-game battles playout couldn’t be any more different even if they tried.

Unlike other titles of the Soulsborne, now Soulsbornkiro universe features no stamina meter. Meaning that you can slash, dodge, and even jump away to your heart’s content. This one simple change has completely evolved the now tired formula, as it has turned everything up to 11 and transformed the otherwise slow paced, borderline lethargic gameplay, into fast paced, high-octane, adrenaline inducing spectacle. As now both you, and your enemies can dash around the battlegrounds, trying to one-up one another, and pierce each other’s hearts with the ice cold steel. 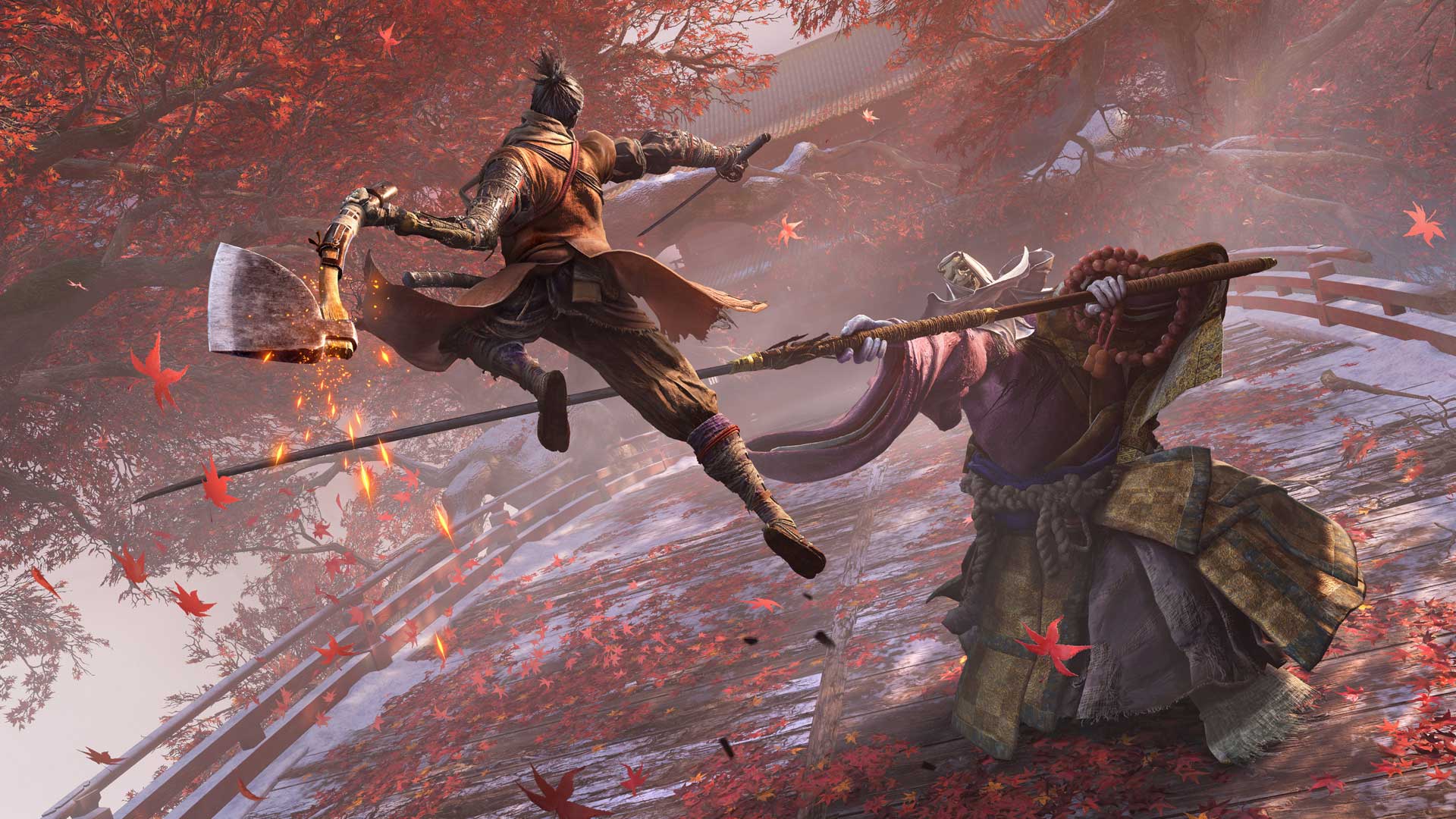 In Sekiro heart piercing, and throat cutting plays a tremendously huge part. As such attacks serve the role of finishers which allow you to execute enemies with near-full health bars. But in-game, you can’t just one-shot every single enemy at your will. As in order to cut your adversary’s throat, or mutilate him in any other way, you first have to break him. And you do so by overwhelming him/her with your attacks, which one by one fill up a metre which upon completion, staggers the foe, and allows you to perform an execution.

Understandably, not all enemies can be taken dawn within a single thrust of a blade, as many in-game foes are of larger stature, wear armour, or are simply serving the role of a boss. And those enemies will have to be taken down multiple times before they can be taken out for good. And you can speed up this process significantly, if you have the skill required, as by timing your blocks you can deflect your foe’s strike, and instantly follow-up with an execution, or as Sekiro likes to call it, a ‘’deathblow’’.

All of the above described features increase the fluidity of the combat significantly, as they allow you to turn otherwise overdrawn and gruelling battles, into rapid and conclusive skirmishes. But this requires skill, timing, and most importantly experience – both with the ‘franchise’ and Sekiro. So when you boot up the title for the first time, and struggle through most of the encounters, then do not fret. As with time, you’ll nail the timing down to a tee, but first you may have to grind out some battles, while seeing the deathblows as the proverbial carrot on a stick.

All in all, the combat of Sekiro is incredibly rewarding, as unlike previous titles in ‘the series’, it rewards you for pushing forwards, and actually motivates you to constantly assault your foes, as with each strike, even with one which is blocked, you are always getting closer to the extremely satisfying, and bloody deathblow. But you always have to push forward, as the second you step down a gear, you are instantly getting further from your goal of a gory execution. As every moment you spend in wait, allows your enemy’s stance to regenerate, and subsequently push you. And yes, just like the enemies, you the player, or rather Shinobi, the main protagonist, can also have his stance broken – and yes, he can also have his throat cut, or his heart pierced.

Electric would probably be the best, and the most accurate word to describe Sekiro’s combat. But by referring to just its combat as that would be unjust, as all the other portions of the title at hand are just as ‘’lit’’. And personally, I never thought that I will ever say that, or even think that, but Soulsborne needed a grappling hook – as weird as it sounds. As this small little addition completely reinvents the wheel, as it makes Shinobi the complete opposite to the Ashen One of Dark Souls. 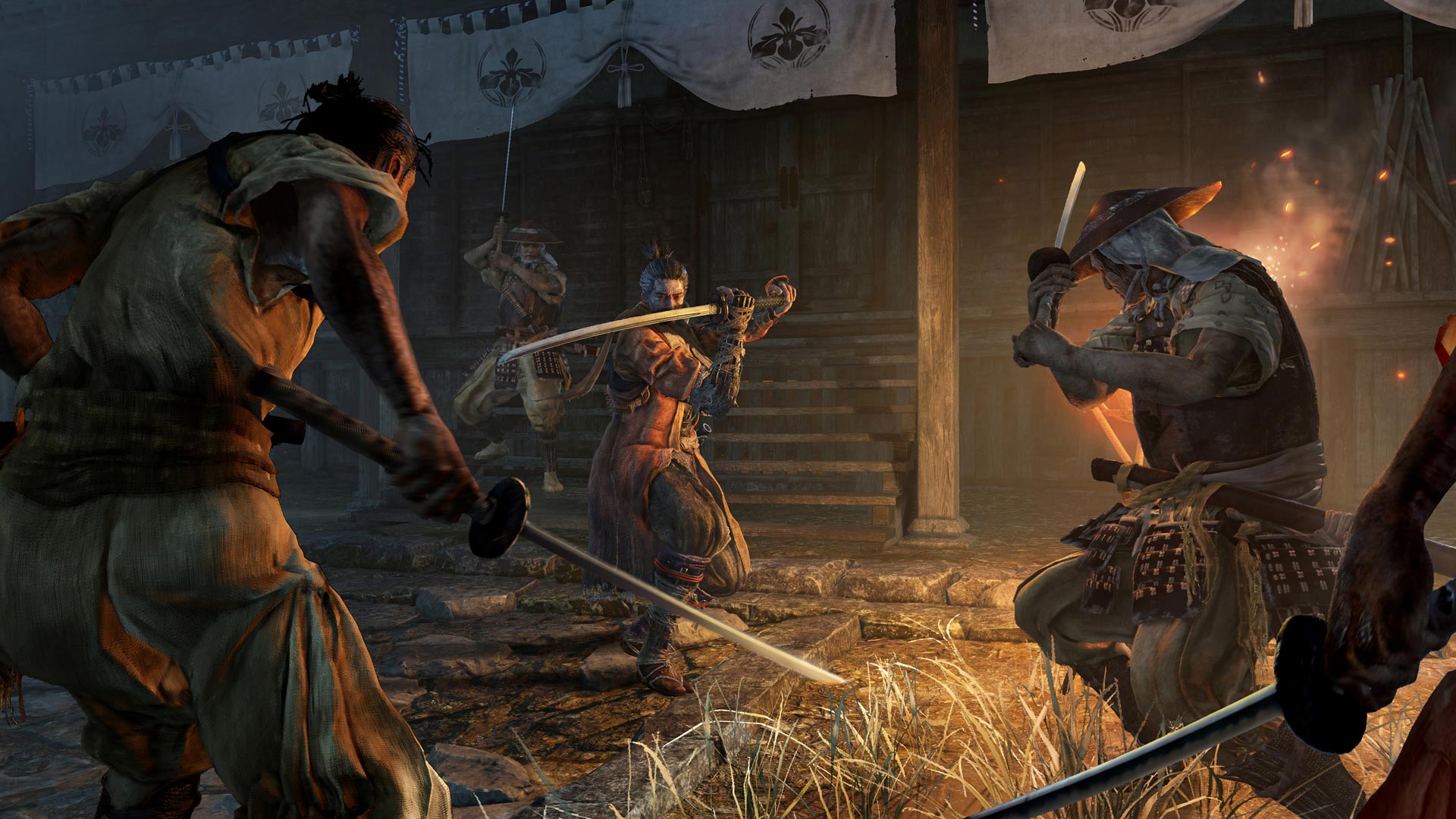 See, in Dark Souls, you are constantly at odds with the world, the enemies, and even the game as a whole. As you are constantly being forced down claustrophobic paths, laden with traps, dead ends, and pain – in general. However, in Sekiro you are the pain. And that’s all thanks to the title’s much more open-ended nature, and the abovementioned grappling hook. You are no longer forced down narrow paths, as you are now able to scale trees, walls, and rooftops, and stalk the prey which infests those roads. And you are no longer being ambushed; you are now the one who is doing the stalking, and ultimately the ambushing and killing.

Sekiro, features more ways to kill than all the other Soulsborne games combined. As the added verticality, deathblows, and assassinations which can be performed on unaware enemies elevate the already luxurious combat to a whole another level. And while this already sounds like a lot, then ultimately this is not even the half of the story. As Sekiro, with all its weapons, prosthetic tools, and utility items, go so far above and beyond the call of duty that it quite frankly puts the other FromSoftware’s products to shame. And this says a lot, considering that some see titles such as Bloodborne as the second coming of Jesus Christ.

From the above text, one could easily deduct that with Sekiro, FromSoftware has reinvented the wheel. And while this is largely true when it comes to the title’s combat, then unfortunately the same cannot be said about the narrative, as it is largely a combination of Onimusha and Dark Souls. Onimusha, because Sekiro sets you out on a journey to rescue a prince who’s  veins are a quite literally a vessel for Dragon’s Blood; and Dark Souls, because in-game, the gameplay-centric part of the story begins with the defeated Shinobi awaking from slumber, to fulfil the his destiny as an undying.

The above mix can sound, and in truth is a little cliché. But in general, the narrative of Sekiro is immensely enjoyable as it always goes straight to the point, but also leaves room of interpretation, and reflection as same as with all FromSoftware’s title, not all is always as it seems. In addition, Sekiro, maybe due to external pressure from Activision, features  plenty of auxiliary plot points, which are discovered through eavesdropping on conversations which take place within the world. And while some Soulsborne purists may be upset that they now no longer will have to get all the lore from item descriptions, then ultimately this is a great change for the better. As the eavesdropping mechanic further encourages exploration, and doesn’t force you to spend thirty minutes to scroll through your inventory only to find out that Big Hat Logan’s name stems from the fact that he wears a big hat.

Sekiro may be FromSoftware’s simplest game of this generation, but coincidently, it is also the studio’s finest.